The cannabinoids (particularly CBD) have been hailed as non-addictive solutions to using escalating doses of opioids for chronic pain. More in this research update. 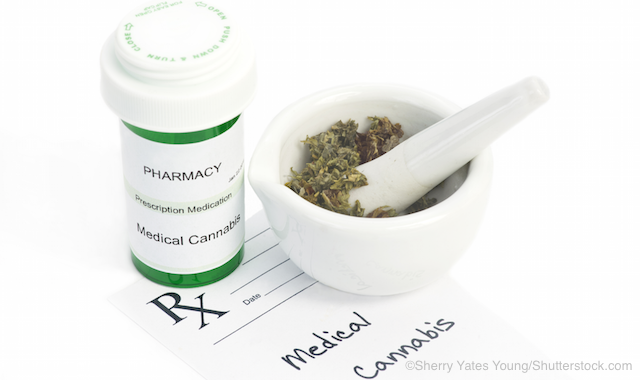 Chronic pain management has become a well-known challenge for psychiatrists and other addiction specialists, partly because almost half of primary care providers (PCPs) are refusing to treat chronic pain in patients, as reported in a recent JAMA Network Open survey.1 In the face of this PCP response to prescribing opioids, a new challenge is cannabinoid use for analgesia of chronic “benign” pain. The cannabinoids, particularly cannabidiol (CBD), have been hailed as non-addictive solutions to using escalating doses of opioids for chronic pain because cannabinoids potentiate the efficacy and reduce tolerance to opioids, although 10% of people who use tetrahydrocannabinol (THC) become addicted to it.2,3

This potential for a reduced need for opioids has been further encouraged by early epidemiological data indicating that opioid overdoses and abuse have been significantly lower in states that have legalized cannabinoids. Recent data have cast significant doubt on those early epidemiological data and have instead found opioid overdose rates to be higher in states with legalization of cannabinoids and marijuana.4 This brief overview focuses on CBD, because data and legal regulation have been rapidly progressing for its potential role in chronic pain management within a PCP setting.

Cannabidiol is the second most prevalent of the active ingredients of cannabis (marijuana), and it is derived directly from the hemp and marijuana plants. While CBD is one of the approximately 100 cannabinoids found in the marijuana plant, by itself CBD does not cause a “high.”3 The World Health Organization4 describes it as follows: “In humans, CBD exhibits no effects indicative of any abuse or dependence potential . . . To date, there is no evidence of public health related problems associated with the use of pure CBD.” All 50 states have laws legalizing CBD with varying degrees of restriction, and many people obtain CBD online without a medical cannabis license or physician prescription.

In 2018 the US Congress passed an amendment to the Farm Bill that legalized the growing and production of hemp, which launched a rapidly growing industry for the production of CBD. This legislation initiated FDA action that included legislative hearings about regulation of CBD, which recently began in mid-June 2019. One potential outcome from these hearings will be that regulation of CBD will depend on the dose of CBD. Low-dose CBD may become a nutraceutical, while higher doses will be regulated as a pharmaceutical because of the toxicities of higher dose CBD in producing fatigue and irritability as well as gastrointestinal effects including liver toxicity. In animal models, CBD applied on the skin can help lower pain and inflammation due to arthritis.5 Another study by Li and colleagues6 confirmed that CBD inhibits inflammatory and neuropathic pain, two of the most difficult types of chronic pain to treat.

We do not know the most effective therapeutic dose of CBD for most medical conditions including pain, except for two rare seizure disorders: Dravet syndrome and Lennox-Gastaut syndrome. However, some preliminary estimates are available, such as the 5mg/kg twice-daily dose of Epidiolex for these two disorders.7 Moreover, to compare analgesic effects in a wide range of medications a metric used is the number needed to treat (NNT), with tricyclic antidepressants and opioids having the lowest NNT for treating neuropathic pain (2.6 and 2.1, respectively).8,9 This means that for every one patient showing a therapeutic response to the treatment agent, the NNT is the number of patients who need to be treated. In other words, for every two patients whose pain is treated with opioids, one will have satisfactory analgesia from chronic neuropathic pain.

The oral CBD spray used in studies have found it to have an NNT of 5.0, which is comparable to many routine agents used in treating neuropathic pain, including SSRIs (NNT 5.0) and gabapentin (NNT 6.4).10,11 A similar meta-analysis of 18 double-blind, randomized controlled trials on the efficacy of CBD also showed modest cannabinoid analgesia, but also analyzed the harms associated with CBD. They found the number needed to harm (NNH) with CBD, which ideally would be high, ranged from 5 to 8 persons, which is relatively low, and is substantially higher (above 20) for other analgesics.12-14 Specific adverse events were impaired motor function, NNH=5; altered perception, NNH=7; altered cognitive function, NNH=8. Future studies clearly must assess the efficacy of CBD balanced against the potential for harm in the management of neuropathic pain.

The pharmaceutical industry is well poised to make CBD widely available under various types of individual state level regulation and both with and without prescriptions. The CBD oral solution Epidiolex®, which is available in the US for management of refractory epilepsy, but may offer therapeutic relief to chronic pain conditions as well. The most recent data about Epidiolex report that heroin cue induced craving was significantly reduced in subjects allocated to 400 mg or 800 mg of an oral CBD solution given once daily for three consecutive days.15 These subjects then were assessed for cue-induced craving and found to have significantly reduced craving for seven days after this treatment. Furthermore, in animals they report that the anti-craving effect may last for five months.

GW pharmaceuticals also produces the drug nabiximols (Sativex®), which is a marijuana extract currently approved in the UK to treat neuropathic pain, such as spasticity, overactive bladder, and other symptoms associated with multiple sclerosis (MS). GW Pharmaceuticals is currently planning to conduct Phase 3 trials for nabiximols in the US. Current investigative drugs developed by Cara Therapeutics (CR701) and Zynerba Pharmaceuticals (ZYN002) are synthetic cannabinoids that show promise to specific neuropsychiatric conditions and chronic pain symptoms such as neuropathy and allodynia.9,16,17

Thus, through exploratory studies in the evolving role of CBD as a therapeutic agent, we can expect greater scientific evidence regarding the potential for cannabinoid alternatives to opioids for chronic analgesia. Whether CBD simultaneously becomes diverted as a potential drug of abuse, however, is a cause for concern and remains to be seen.

This article was originally published on August 8, 2019, and has since been updated. -Ed

3. National Academies of Sciences, Engineering, and Medicine. The Health Effects of Cannabis and Cannabinoids: The Current State of Evidence and Recommendations for Research. January 12, 2017. http://nationalacademies.org/hmd/reports/2017/health-effects-of-cannabis-and-cannabinoids.aspx. Accessed July 31, 2019.

15. Hurd, YL, Spriggs, S, Alishayev, J, et al. Cannabidiol for the Reduction of Cue-Induced Craving and Anxiety in Drug-Abstinent Individuals With Heroin Use Disorder: A Double-Blind Randomized Placebo-Controlled Trial. Am J Psychiatry. May 21, 2019. [Epub ahead of print].