The Cult of Trump: A Leading Cult Expert Explains How the President Uses Mind Control

It is a new year, an election year, with impeachment looming and the Iranian conflict-funnily enough, this book is not about the President of the United States. It's all about cults. 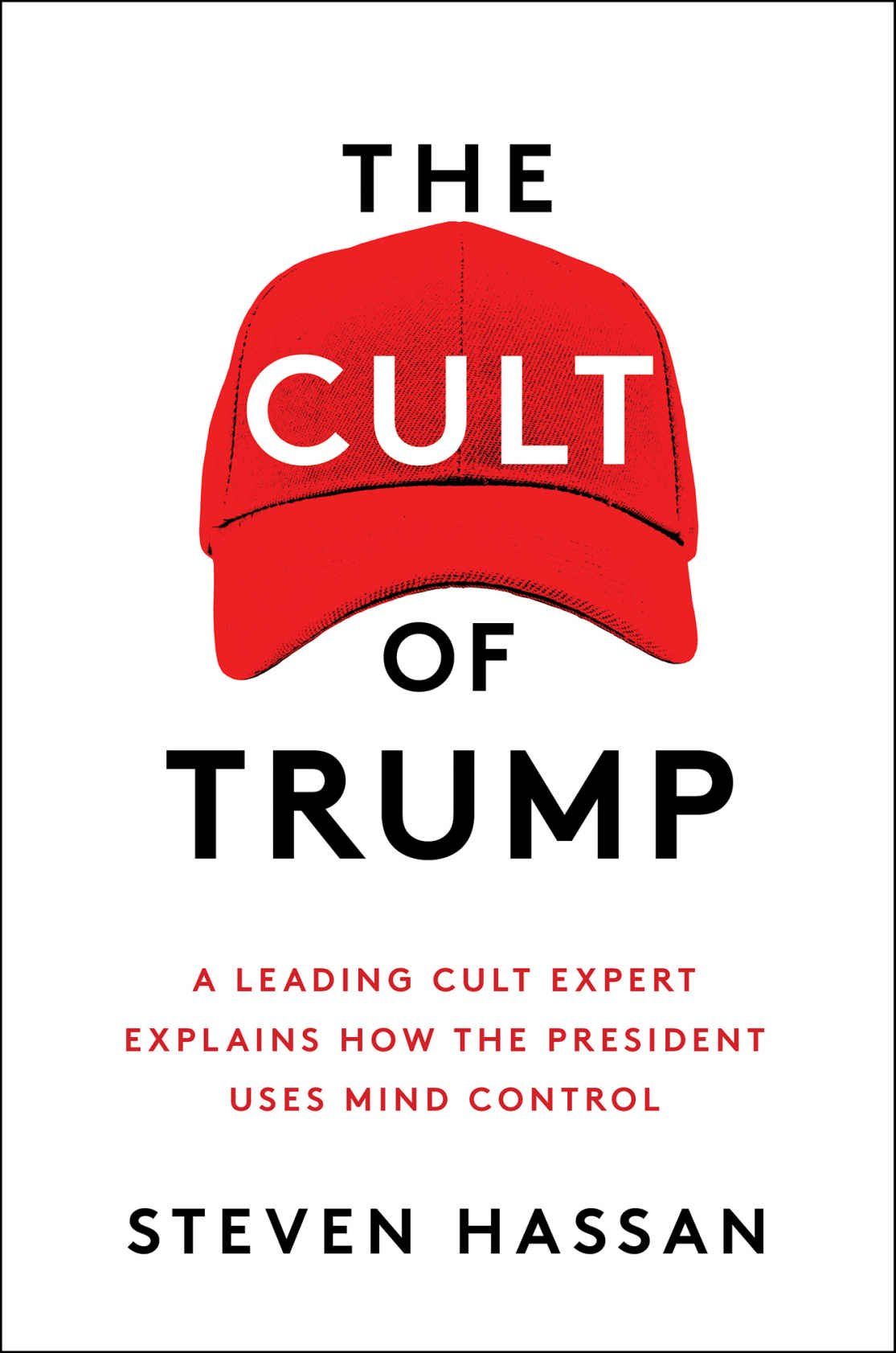 The Cult of Trump

It is a new year, an election year, with impeachment looming and the Iranian conflict-funnily enough, this book is not about the President of the United States. It's all about cults.

The cover of The Cult of Trump: A Leading Cult Expert Explains How the President Uses Mind Control, sets the mood with President Trump’s last name as well as the ubiquitous red baseball hat worn by his supporters, embossed with the word “cult” in the center. Some psychiatrists may wonder if this book is breaking the American Psychiatric Association’s (APA) “Goldwater Rule” (GR). Rest assured, it is not.

First, author Steven Hassan is not a psychiatrist and this ethical principle applies only to psychiatrists who are members of the APA. Secondly, and subtitle aside, the focus is on cults and how people become attached to them, with President Trump as a crucially considered example.

The part of the book that focuses on cult followers is just what we need now. Certainly, there has been more than enough speculation on President Trump’s mental state by the public, media, some psychiatrists, and many other mental health care professionals. Less emphasis has been put on what psychologically drives people to follow President Trump, vote for him, and-for better or worse-stay so strongly attached. Whether or not there is really a “Cult of Trump” is debatable, even after you read the persuasive arguments made in this book. At the very least, using the knowledge now available on cults is a helpful way to understand our national political scene and, as far as I can tell, does not violate the GR by focusing on the psychology of his followers.

Unfortunately, psychiatrists as a whole, after a flurry of interest in cults in the 1970s and 1980s and culminating in 1992 with the Group for the Advancement (GAP) book, Leaders and Followers: A Psychiatric Perspective on Religious Cults, seem to have lost interest in the subject. But cults are still prominent. The author claims that there are at least 5000 destructive cults in the US, and they can range from two people to several thousands.

According to the author, cults can be religious, political, sexual, educational, or psychotherapeutic in nature. If so, we have probably had members in mental health care, but it is hard to determine whether a patient is in a cult due to indoctrination. Therefore, it is crucial to look at control of thoughts and behaviors. Though the author never suggests this, the book led me to wonder if a slight case can be made that the GR holds such control. Indeed, why is an ethical principle like this a “rule” rather than a guideline? In other words, why is it not called and conceived as what I would call the “Goldwater Guidelines,” allowing more freedom of thought and speech for psychiatrists?

All cults have something in common. They strip away freedom of thought and realign ideas with those of the leader. The author discusses his original way of conceptualizing cults, called the BITE model-the acronym for controlled Behavior, Information, Thought, and Emotion. Even more revelatory was his discussion of how hypnotic techniques such as repetition, subliminal messages, programming amnesia, and even guided meditation can be so effective in swaying followers.

Although the author’s focus is on public understanding and not on psychiatrists, there is still a need for the involvement of psychiatrists with adequate understanding of cults. For example, is there a common and appropriate diagnosis for cult followers? I had thought not. The closest that came to my mind was a classification in DSM-III (1980) called “Identity Disorder.” However, parallel with our decreased interest in cults, by DSM-IV (1994), it was replaced by the term “Identity Problem.” By DSM-5 (2013), that term was removed. Or, was it? The author points out that the DSM-5 classification of Dissociative Disorders: Not Otherwise Specified 300.15 (F44.89) fits. It is described as an “identity disturbance due to prolonged and intense coercive persuasion," and one of the examples is recruitment by cults. This view of coercive persuasion goes back to DSM-III-R in 1987, thereby overlapping with the changes in identity nomenclature considerations. Then again, if that Dissociative Disorder is also an "identity disturbance” akin to an identity disorder, why not have left in that DSM-III original nomenclature? Moreover, Not Otherwise Specified (NOS) has come to be viewed more controversially as a sort of waste basket when better clarity cannot be met. Is the dissociative process the key problem and/or is it someone’s identity change? I suppose one could conclude, as Shakespeare did in Romeo and Juliet, “a rose by any other name would smell as sweet," an identity disorder by any other name would harm as much.

In addition to diagnostic considerations, there remains the question of how traditional and mainstream psychiatric treatments may help (or not). I recall a patient of mine, a survivor of the Jonestown massacre, who I saw soon after her return home. I wasn’t sure what to do. Her major symptom was bewilderment. How did she get involved and why did so, so many die? I am not sure how I would know any better today how to help someone who left a cult. Meanwhile, like alcohol and drug abuse.counselors, who are often former “addicts,” it often takes former cult members to learn psychology in some depth in order to become trusted and effective counselors. Steven Hassan, a former “Moonie” (or, a follower of the Rev. Sun Myung Moon), provides therapeutic examples that we can learn from in the book.

Given the question of whether there is a “Cult of Trump,” as well as the internet providing new opportunities to establish cults, it behooves all mental health caregivers to learn from such a valuable and timely book.

Dr Moffic is an editorial board member and regular contributor to Psychiatric Times. He was a tenured Professor at the Medical College of Wisconsin until he retired in 2012. Since then he has functioned as a private community psychiatrist providing pro bono services locally, nationally, and internationally. Currently, Dr Moffic is focused on four major advocacy initiatives: physician burnout, climate instability, Islamophobia, and Anti-Semitism. He is co-editor of Combating Physician Burnout: A Guide for Psychiatrists, with Sheila LoboPrabhu, Richard F. Summers, and Sheila Loboprabhu.

1. Group for the Advancement of Psychiatry. Leaders and Followers: A Psychiatric Perspective on Religious Cults. American Psychiatric Press; 1992.