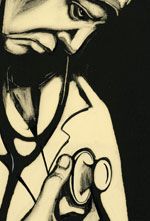 A physician’s introspective comments about why he and his fellow physicians often forego the same end-of-life treatments they offer to patients has spurred a national dialogue, led to renewed interest in the Johns Hopkins Precursors Study of physicians, and provoked discussions about advance directives (AD) (eg, a living will or durable power of attorney for health care) and “the good death.”

Last November, Kenneth Murray, MD,1 a retired Clinical Assistant Professor of Family Medicine at the University of Southern California, wrote an essay, “How Doctors Die: It’s Not Like the Rest of Us, But It Should Be,” as part of Zcalo’s “Remedies” series.

“They [physicians] know enough about modern medicine to know its limits. And they know enough about death to know what all people fear most: dying in pain, and dying alone,” Murray wrote. “They want to be sure, when the time comes, that no heroic measures will happen-that they will never experience, during their last moments on earth, someone breaking their ribs in an attempt to resuscitate them with CPR . . . .”

He condemned futile care, “when doctors bring the cutting edge of technology to bear on a grievously ill person near the end of life. The patient will get cut open, perforated with tubes, hooked up to machines, and assaulted with drugs. All of this occurs in the Intensive Care Unit at a cost of tens of thousands of dollars a day.”

In exploring why physicians administer so much care they wouldn’t want for themselves, Murray explained that often the patient has made no advance plan for the situation, and consequently, “shocked and scared family members find themselves caught in a maze of choices.”

In addition, Murray said, the lay public has unrealistic expectations of what physicians and certain interventions, such as CPR, can accomplish. Physicians are reluctant to impose their views on the vulnerable, and if physicians advise against further treatment, some people may characterize them as “acting out of base motives, trying to save time, or money, or effort.”

Other factors mentioned by Murray include patients being “victims of a larger system that encourages excessive treatment” and physicians’ fears about litigation or getting into trouble. He cited a case in which he turned off a life support machine, per the patient’s prior expressed and written wishes and after speaking to the patient’s wife and hospital staff: a nurse reported his action to authorities as a possible homicide. (He wasn’t charged.)

In an adaptation of his essay, “Why Doctors Die Differently,” published in The Wall Street Journal, Murray2 added data from the medical literature about physicians’ use of the ADs for themselves, low survival rates with CPR, and attributes of a “graceful death.”

Both national and international media have covered aspects of Murray’s essays. In April, his original essay was selected for the collection The Best American Essays 2012.

Still, Murray, who had a private practice in general medicine for some 25 years, is surprised by the widespread response to his essays.

“I have been astonished by the huge number of comments (over a thousand) that are almost universal-ly supportive of what I’ve written,” he told Psychiatric Times. “I have been especially pleased to see the virtually unanimous confirmation of my observations by other health care professionals.”

“Virtually all are stories of overtreatment, and they often describe considerable guilt over the poster’s actions,” he said. “It tells me that we have a long way to go in providing care that people want for themselves.”

Murray reflected that physicians “have always had a bit of a self-imposed stigma of death equaling failure. Some physicians get caught up in that, much as do family, and push treatment beyond reasonable limits.”

But when physicians are the patients, the perspectives are quite different, he said, “because there is no one else’s medical expectations to meet other than their own, and their attending physicians tend to respect their decisions as being much better informed.”

One of the studies mentioned in Murray’s WSJ piece was a 2003 article by Gallo and associates3 that examined what physicians’ want when it comes to end-of-life decisions. Among 765 physicians who responded to a detailed questionnaire, 64% said they had created an AD. This compares with about 20% of the general public.

That study was part of the ongoing Johns Hopkins Precursors Study involving members of Johns Hopkins School of Medicine classes of 1948 through 1964, who volunteer to keep a running medical chart of their entire lives with detailed annual updates. One of the longest longitudinal studies of aging in the world, the Precursors Study examines psychological, behavioral, and other characteristics that predict morbidity and mortality.

Joseph Gallo, MD, MPH, Precursors Study Director and Professor in the Department of Mental Health of Johns Hopkins Bloomberg School of Public Health, told Psychiatric Timesthat what makes the study so special is that some physicians have been part of it for 50 or 60 years and they have been very dedicated about responding to survey questions. What’s more, Gallo said, since the respondents are physicians and know about the end-of-life interventions, their watching a medical drama on TV or seeing a documentary about CPR, for example, doesn’t affect their decision making.

In their 2003 article, Gallo and colleagues3 reported that two-thirds of physicians had completed an AD. In comparison with physicians without an AD, they tended to be somewhat older, to have mean mental health scores of 86 (vs 83.4) on the Medical Outcomes Study Short Form Health Survey (SF-36), and to be more likely to report having discussed their wishes with their physicians or with a spouse or family member.

When presented with a scenario in which they had irreversible brain damage or disease that left them chronically unable to recognize others or to speak, the physicians with an AD were also more likely to refuse most if not all 10 life-sustaining procedures (eg, CPR and mechanical ventilation) listed on their questionnaire. But 86.7% did opt for pain medications, even if those medications dulled their consciousness and indirectly shortened their life.

Since the 2003 article, several other articles emanating from the Precursors Study have been published.

In 2004, Straton and associates4 found that physicians with declining functioning and worsening depression were more likely to prefer high-burden treatment than those with-out such declines. These researchers concluded that there is a need “for continuous discussion of preferences for care, particularly in the context of dynamic changes in health status.”

Wittink and coworkers5 estimated the stability of preferences for life-sustaining treatments across 3 years and examined whether declines in physical functioning and mental health were associated with changes in preferences for end-of-life care. Those physicians who wanted the most aggressive end-of-life procedures at baseline were the most likely to change their preferences. Forty percent of the group who wanted everything stayed in that group, but 60% changed their minds over time and wanted less aggressive care. In contrast, 80% of physicians in the least aggressive category at baseline stayed in the same category at follow-up.

Currently, Gallo and his team are working on a 6-year follow-up study looking at the stability of preferences for end-of-life care. They are also analyzing the physicians’ end-of-life preferences and possible factors and characteristics related to changes in those preferences.

“For example, diabetes developed in some doctors after we started asking them about preferences for end-of-life care. We can look at how that diagnosis might be associated with any changes in their preferences,” he said.

Gallo and his team recently submitted a grant application to the National Institute of Nursing Research, part of the NIH, to conduct a mixed-methods study with the surviving 800 physicians in the Precursors Study group.

In addition to the questionnaire, the researchers hope to perform some telephone sampling in which they ask open-ended questions.

“We want to know, in the physicians’ own words, how they are thinking about their end-of-life preferences and who they would want to make decisions for them,” Gallo said. His research team, as part of the grant application, hopes to study what happened with physicians who have died, by using Medicare billing records to determine the services they received and by interviewing the deceased physician’s family members.

1. Murray K. How doctors die: it’s not like the rest of us, but it should be. ZÃ³calo Public Square. http://zocalopublicsquare.org/thepublicsquare/2011/11/30/how-doctors-die/read/nexus. Accessed April 25, 2012.

Articles in this issue
Doctors Die Differently: Why-and How
Breaking Up Is Hard to Do: Terminating Therapy Before Things Get Out of Hand
Advance Directives: Two Newer Approaches
Letter to a Young Psychiatrist
Brain Aging and Dementia: Practical Tips From Clinical Research
The Laura B.
Practical Guide to Correctional Mental Health and the Law
The Cannabis-Psychosis Link: Mind Your Mind
Introduction: Understanding Common Sleep Disorders in Psychiatric Illness
The Effects of Antidepressants on Sleep
ADHD and Sleep Disorders in Children
Related Videos
Related Content