Age is a major risk factor for the development of Alzheimer disease and other dementias. New technologies in brain imaging represent major advances in our ability to diagnose age-related cognitive and behavioral disorders. 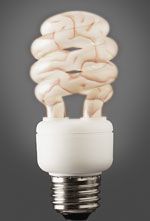 Cognitive decline with increasing age has emerged as one of the greatest health care problems worldwide. It is estimated that 1 in 10 persons older than 65 years and nearly half of those older than 85 have some degree of dementia.

Because age is a major risk factor for the development of Alzheimer disease (AD) and other dementias, the study of neural mechanisms of brain aging and the application of new technologies in brain imaging represent major advances in our ability to diagnose age-related cognitive and behavioral disorders and to care for individuals with these conditions.

Here we review new and innovative research in diagnosis, treatment, and prevention and present practical information to optimize patient care. We also offer an overview of the use of PET imaging of brain amyloid to define cognitive phenotypes that may be amenable to targeted early intervention with current therapies and with future disease-modifying therapies.

New methods to differentiate early Alzheimer disease from other dementias

The selective use of biomarkers can help with earlier diagnosis of AD and other dementias in persons who are at risk for these disorders. Detection of incipient dementia in persons with age-related memory and other cognitive problems can be enhanced with the findings of volume loss on MRI, biomarkers in cerebrospinal fluid (CSF) studies, and brain amyloid accumulation on PET imaging (Table 1). CSF Ï  (tau protein) and CSF AÎ²42 (the 42 amino acid isoform of Î²-amyloid) levels have emerged as 2 biomarkers for early diagnosis of dementia, although the evidence to support the widespread use of CSF biomarkers to aid early diagnosis is limited by the results that show a lack of specifity.1

Amyloid PET imaging is based on the hypothesis that amyloid accumulation is an early event in the process of neurodegeneration associated with AD.2,3 Large-scale studies are ongoing to determine whether PET imaging of brain amyloid with carbon 11–labeled Pittsburgh compound-B (11C-PiB) and other tracers (AV-45, FDDNP) can be used to accurately identify older individuals at risk for dementia. Earlier identification and treatment of persons at increased risk for dementia might delay the onset of cognitive and func-tional deficits and lead to improved quality of life and reduced health care costs.

In the future, amyloid imaging is likely to supplement clinical evaluation in selecting patients for disease-modifying therapies (eg, anti-amyloid therapy), while volumetric MRI and 18F-fluorodeoxyglucose PET may be better indices of clinical progression.

The Alzheimer’s Disease Neuroimaging Initiative (ADNI) was undertaken to help with the early detection and tracking of AD. The goal of the study is to collect and validate data from MRI and PET images and CSF and blood biomarkers as predictors of AD. The major contributions from the study include:

This large-scale initiative has been re-funded through 2016. The enrollment of additional persons and the follow-up of this larger cohort should facilitate earlier detection of pathology that will help clinicians identify and treat patients in the preclinical phase of disease.

Cognitive benefits of exercise in aging

In a cohort of adults with a diagnosis of early dementia, a strengthening exercise intervention over a 10-week period showed a beneficial effect on verbal memory coupled with EEG changes that suggest improved cognitive efficiency.4Another similar study of community-dwelling older adults showed improved performance on executive function tasks after a month-long nonaerobic exercise strengthening program.5 These 2 studies provide research-based evidence for the use of “prescriptive” exercise to maintain and/or to enhance cognitive function with increasing age.

Accurate diagnosis continues to be an important factor in disease course and quality of life. Although AD is the most common form of dementia in persons older than 65 years, there are other causes of progressive cognitive and behavioral decline, including comorbidities (depression, sleep disorders), that if treated can change the trajectory of disease.

A recent longitudinal population-based study showed that patients in the preclinical stage of AD deviated from the normal cognitive-aging curve earlier (by about 9 years) than individuals with preclinical vascular dementia (by about 6 years).7 Cognitive profiles differed in these 2 groups, which supports the view that specialized interdisciplinary teams of health care professionals, including, for example, behavioral neurologists and neuropsychologists, who conduct more extensive and validated cognitive and behavioral assessments enhance accurate and early diagnosis.

In the past 10 years, there has been an evolving clinical practice of using the diagnostic category of mild cognitive impairment (MCI) to characterize patients with cognitive deficits on standardized neuropsychological testing but who do not show significant real-world deficits in daily activities.8 MCI may represent an early phase in the evolution of cognitive decline associated with the future emergence of AD or another dementia subtype, although some persons with this early diagnosis may not convert to dementia (Table 2).9,10

Several therapies provide symptomatic benefit for some patients with AD (eg, medications that block the reuptake of acetylcholine; memantine, a glutamate antagonist that acts on NMDA receptors), but these medications do not provide neuroprotective benefit nor do they effectively target the pathophysiological characteristics of AD. Many disease-modifying treatments of AD and other dementias have been investigated, with mixed results. Potential treatment approaches include targeting impaired brain insulin signaling with intranasal insulin and targeting amyloid deposition with anti–Î²-amyloid monoclonal antibody treatment.

Intranasal insulin was found to preserve episodic memory and reduce the loss of functional independence in 64 patients with amnestic MCI and in 40 patients with mild to moderate AD.11 Lower CSF insulin levels coupled with peripheral hyperinsulinemia found in some AD patients may be partially reversed and result in enhanced insulin signaling in the brain. This postulated benefit was partially supported by findings that episodic memory improvement persisted 2 months after insulin treatment had ended.

The second promising area of research is the potential use of the investigational agent solanezumab (LY2062430), a humanized monoclonal anti–Î²-amyloid derivative of the murine m266.2 antibody. This agent was developed as a disease-modifying therapy (passive vaccine for AD treatment) to target Î²amyloid accumulation by increasing clearance without promoting adverse inflammatory responses in the brain. Phase 2 clinical trials showed that this formulation is safe.12

These exciting research developments could translate into early effective treatment for some patients. Nevertheless, these experimental results require replication and should be viewed as preliminary. Perhaps in the next 5 years, we will learn more about these therapeutic approaches and we may be able to define cognitive phenotypes that are amenable to targeted early intervention with disease-modifying therapies.

Clinicians are well-positioned to identify and treat medical conditions (ie, hypertension, diabetes, and sleep disorders) that can reduce brain capacity with increasing age, and they can encourage lifestyle choices (ie, exercise and cognitive enhancement) to promote healthy cognitive aging. A major obstacle to developing effective disease-modifying therapies is that treatment of any person with a biochemical abnormality (eg, insulin resistance, Î²-amyloid accumulation) may have a limited effect and may prove to be of greater risk than benefit.

Articles in this issue
Doctors Die Differently: Why-and How
Breaking Up Is Hard to Do: Terminating Therapy Before Things Get Out of Hand
Advance Directives: Two Newer Approaches
Letter to a Young Psychiatrist
Brain Aging and Dementia: Practical Tips From Clinical Research
The Laura B.
Practical Guide to Correctional Mental Health and the Law
The Cannabis-Psychosis Link: Mind Your Mind
Introduction: Understanding Common Sleep Disorders in Psychiatric Illness
The Effects of Antidepressants on Sleep
ADHD and Sleep Disorders in Children
Related Videos
Related Content 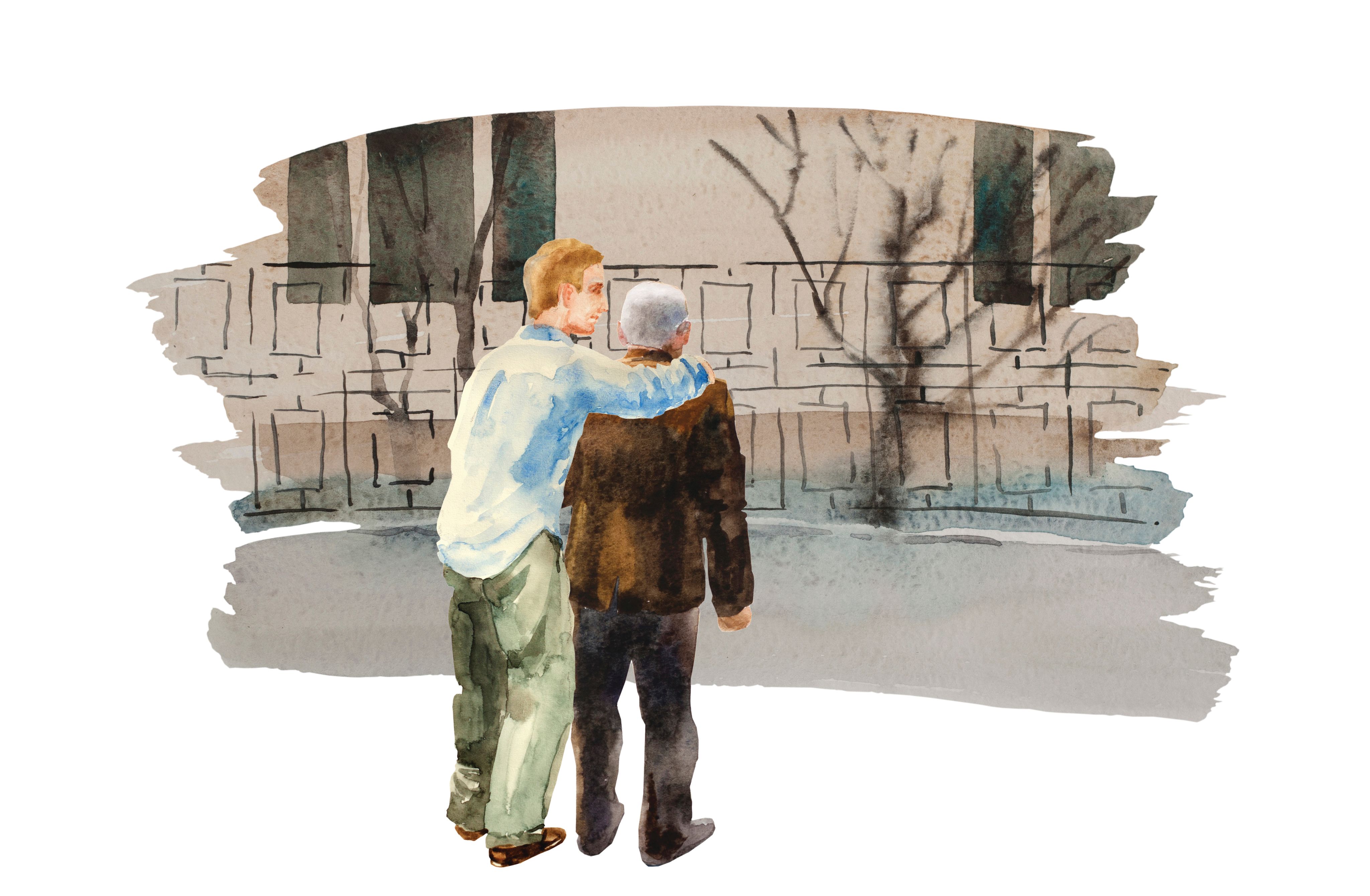