Antidepressant treatment extended beyond the recommended 6 to 12 months was recently reported to be more effective than monthly psychotherapy in maintaining remission in elderly patients.

Extending antidepressant treatment of elderly patients beyond the commonly recommended 6 to 12 months was recently reported to be more effective than monthly psychotherapy in maintaining remission, with a lower relapse rate than expected in this age group.

Researchers in late-life mood disorders at the University of Pittsburgh's Western Psychiatric Institute and Clinic randomized about 150 patients aged 70 years or older to 2 years of treatment in a double-blind, controlled format to 1 of 4 regimens: a selective serotonin reuptake inhibitor (SSRI) antidepressant (paroxetine [Paxil]) and clinical management sessions; placebo and clinical management sessions; placebo and psychotherapy; or a combination of the medication and psychotherapy. Most of the patients had been experiencing their first episode of depression, and all had responded to 16 weeks of combination treatment with paroxetine and psychotherapy.

Charles Reynolds III, MD, and colleagues reported in the New England Journal of Medicine that although 68% of those receiving psychotherapy relapsed in the 2-year study period, the rate was reduced to 37% among those receiving the antidepressant and 35% among those taking the combination treatment.1 The investigators contrast this outcome to the 50% to 90% rates of depression recurrence in elderly patients over periods of 2 to 3 years that have been reported by others.2

To date, there has been no consensus about the appropriateness of long-term maintenance treatment for a first episode of depression in elderly patients, with most experts calling for only 6 to 12 months of continued treatment, Reynolds and his colleagues indicated.

This study, however, supports the effectiveness of maintaining antidepressant treatment for late-life–onset depression, and in the oldest-studied age group. Evidence of an effective protocol for this population is particularly welcome because depression occurring late in life may carry a higher illness burden than when there is an earlier onset, with more medical and psychiatric comorbidity, including dementia.3 Recent studies have demonstrated the effectiveness of strategies for short-term and continued treatment of depression in elderly patients in primary care settings, the researchers note. Our data indicate that such strategies should be extended to encompass longterm maintenance treatment to prevent recurrence.

The lack of effectiveness of interpersonal psychotherapy had not been expected by the investigators, who had earlier found that treatment modality alone and in combination with medication was superior to placebo and clinical management.4 Because the psychotherapists were generally the same in both studies, the investigators attribute the different result to this cohort being an average of 10 years older and having greater cognitive impairment and comorbid medical illness.

In an accompanying editorial, Burton Reifler, MD, MPH, of Wake Forest University, Winston-Salem, NC, credited the study for advancing knowledge about the recurrence of depression in late life and the prevention of such recurrence.5

The available evidence suggests that advancing age does not diminish the potential for a response to antidepressant medication, Reifler observed. Reifler argued, however, that these findings are not sufficient to recommend lifelong antidepressant therapy after a single late-life episode of depression. Instead, he finds that the study underscores the need for lifelong follow-up and readiness to provide treatment.

Reynolds and colleagues acknowledged that there are relatively few data for this age group. They found only 2 other controlled trials of SSRI maintenance in patients aged 65 years or older, and these differed in demonstrating antidepressant effectiveness.6,7 They indicated, however, that they consider their recommendation of maintaining SSRI treatment to be well supported. They note that their study extended the treatment period beyond previously investigated durations, and that there was a robust response to the treatment relative to control conditions.

This high proportion of responders impressed Reifler, who agreed that it brings into question whether the common practice of administering medication for 6 to 12 months is sufficient. The extrapolation to the context of general medicine was also pertinent to Reifler, who added, periodic reevaluation is just as important for an elderly patient who has recovered from depression as it is for a patient who has recovered from cancer. 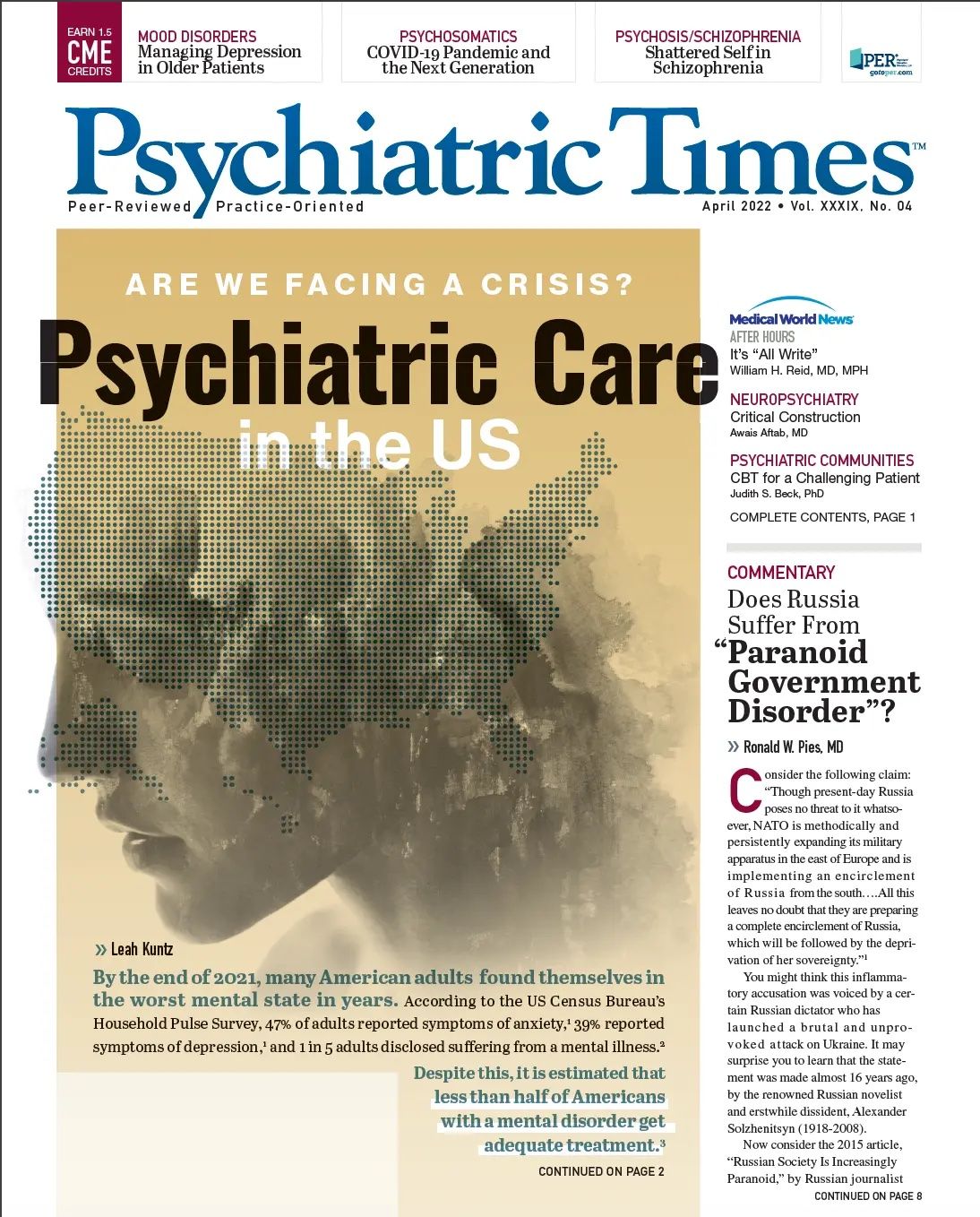