How are individuals with anorexia nervosa able to ignore signals regarding hunger that otherwise motivate eating, even when they are severely emaciated? Expert insights and online coverage by Psychiatric Times during National Eating Disorders Awareness Week. 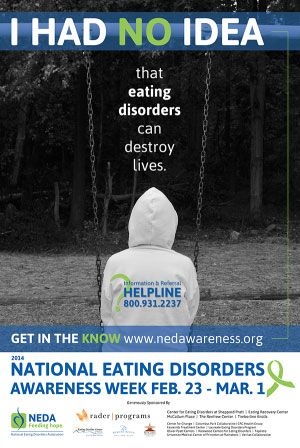 Anorexia nervosa (AN) is a disorder with no proven treatment that is effective in reversing core symptoms, and it may have the highest mortality rate of any psychiatric illness. It is a very difficult disorder to treat, in part, because those with AN often lack motivation to engage in treatment. Many people in today’s society diet frequently and want to lose weight, but very few develop AN. Considerable evidence suggests that heritability contributes to the development of an eating disorder. It may be that genes code for certain temperament traits in childhood, such as perfectionism, anxiety, obsessiveness, that create a susceptibility for the development of AN during adolescence.

Recent studies offer new understanding of alterations of neural circuitry that may contribute to development of AN. In particular, findings from these studies suggest how individuals with AN can severely restrict their caloric intake for years. In contrast, most people have difficulty adhering to a diet for a long period of time, and experience a high rate of recidivism after they lose weight. How are individuals with AN able to ignore signals regarding hunger that otherwise motivate eating, even when they are severely emaciated?

Understanding such questions may lead to the development of more effective treatments targeted at the underlying mechanisms of the disorder. For example, future treatments could address the neural circuitry of reward and the modulation of salient stimuli, such as food, as well as the circuitry contributing to anxious temperament or self-awareness of body states.

Reward insensitivity
One reason that it is difficult to get persons with AN to gain and maintain weight is because little in life is more rewarding to them than starvation. Clinically, individuals with AN have long been noted to be anhedonic and ascetic, and able to sustain not only the self-denial of food but also most comforts and pleasures in life.1 Behavioral studies show that individuals with AN have an enhanced ability to delay reward (ie, show less reduction in the value of a monetary reward over time) compared to healthy cohorts and this ability to delay reward may help them to maintain persistent food restriction.2

Persons with AN may be unable to appreciate rewarding stimuli because they are preoccupied with consequences.3 Thus, an altered balance between reward and inhibition appears to be a hallmark of AN. In fact, a recent review showed that persons with AN tend to have low reward reactivity but a high sensitivity to punishment in both the ill and recovered states.4 Imaging data support this hypothesis and suggest that altered reward sensitivity and increased behavioral inhibition in AN are related to underactive limbic (reward) circuitry and overactive executive (inhibition) neural circuitry.5,6 Clinically, this bias is likely to interfere with motivation as well as the ability to learn from experience. That is, ill persons with AN tend to perceive their actions as incorrect or flawed and are highly sensitive to criticism, rather than being able to appropriately proportion reward and punishment in order to learn from experience.

The altered response to feedback occurs in regions associated with cognitive control and habit performance supports the clinical observation of enhanced inhibitory control and difficulty in changing behavior.7 Developing strategies that incorporate an understanding of reward insensitivity into behavioral contingency management may improve treatment compliance and outcome by enhancing motivation and reducing uncertainty.

Anxiety
Persons with AN have exaggerated anxiety related to food and eating and exaggerated harm avoidance-a multifaceted temperament trait that contains elements of anxiety, inhibition, and inflexibility.8 Harm avoidance and anxiety in AN are implicated in the function of executive dorsal caudate and limbic regions, including altered dopamine and serotonin function.9,10 Animal studies confirm that related concepts, such as risk avoidance and inhibition, correlate with dopamine function in the dorsal caudate and related regions.11,12 Findings from an imaging study suggest that dopamine release in the dorsal caudate is associated with increased anxiety in recovered AN.13 In contrast, controls showed euphoria associated with limbic dopamine release, consistent with many, but not all control responses to amphetamine.

If persons with AN experience endogenous dopamine release as anxiogenic, rather than hedonic, it may explain their pursuit of starvation, because food refusal may be an effective means of diminishing such anxious feelings. Moreover, elevated anxiety and harm avoidance contribute not only to the maintenance of symptoms but may also predict poor outcome. This suggests that a treatment designed to reduce or manage harm avoidance/anxiety may improve outcome.

Interoceptive awareness
Altered sensitivity for one’s internal bodily signals (interoceptive awareness) might be a precipitating and reinforcing factor in AN. Disturbed interoceptive awareness of satiety and hunger, or even a primary alteration of gustatory processes, could play a role in assessing body states and responding to hunger cues. The anterior insula is involved in integrating interoceptive information (eg, internal physical sensations including taste, pain, hunger) with motivational and emotional processes, supporting feeling states, and giving rise to conscious visceral perception of homeostatic states. Altered insula activity found in AN supports the notion that these individuals might suffer from a fundamentally and physiologically altered sense of self, and that brain circuits may misperceive signals regarding hunger and satiety.14,15 Indeed, many of the symptoms of AN, such as distorted body image, lack of recognition of the symptoms of malnutrition (eg, a failure to appropriately respond to hunger), and diminished motivation to change, might be related to disturbed interoceptive awareness. Such disturbances could also be tied to the preponderance of alexithymia (ie, difficulty identifying emotions) in persons with AN.

Eating behaviors
Reward insensitivity, anxiety, and interoceptive awareness are highly interrelated in persons with AN and together contribute to appetite dysregulation and abnormal mealtime behavior. Arguably the most critical issue in treating individuals with AN is addressing food refusal and the pursuit of emaciation. There is an anxiety-reducing effect of dietary restraint and reduced daily caloric intake for persons with AN, whereas food consumption stimulates dysphoric mood.16-18 Moreover, enhanced inhibition, self-control, and/or an ability to delay reward may help to maintain persistent food restriction.

Conclusion
Disturbed interoceptive awareness of satiety or hunger, or even an alteration of primary gustatory processes could play a role in assessing body states and responding to hunger cues. Imaging data further suggest that anticipatory anxiety contributes to restricted eating; for example, individuals able to restrict their eating have an exaggerated anticipatory response to food cues that is both anxious and aversive, and diminished insula and striatal response to receipt of food.10 This finding is consistent with the notion of reduced reward and/or enhanced satiety signals in regions that compute hunger-satiety homeostasis.19 The disconnect between anticipating and experiencing food stimuli may contribute to restricted eating.

Brain imaging provides new insights into neural processes, which suggests that AN behavior is driven by a powerful neurobiology. Our clinical experience is that persons with AN and their families recognize and relate to these temperament traits, and welcome an explanation based on biology. AN tends to be a chronic disorder and it is very difficult for persons with the disorder to change. In turn, this inflexibility frustrates significant others, who often “burn-out” and give up over time.

Developing effective treatments that diminish core symptoms will take time. Still, helping families understand why these behaviors occur, and using techniques such as the family based Maudsley approach,20 that incorporate strategies to better manage temperament and encourage improved nutrition, have been shown to contribute to better outcomes. Improved treatment strategies may reduce caregiver stress and improve the long-term prognosis of disease recovery for those suffering from AN.

Dr Kaye is Director of the Eating Disorders Program and Professor in the department of psychiatry at the University of California, San Diego, School of Medicine.