ECT: An Effective and Safe Treatment

There is consistent evidence of benefits following state-of-the-art modified ECT. 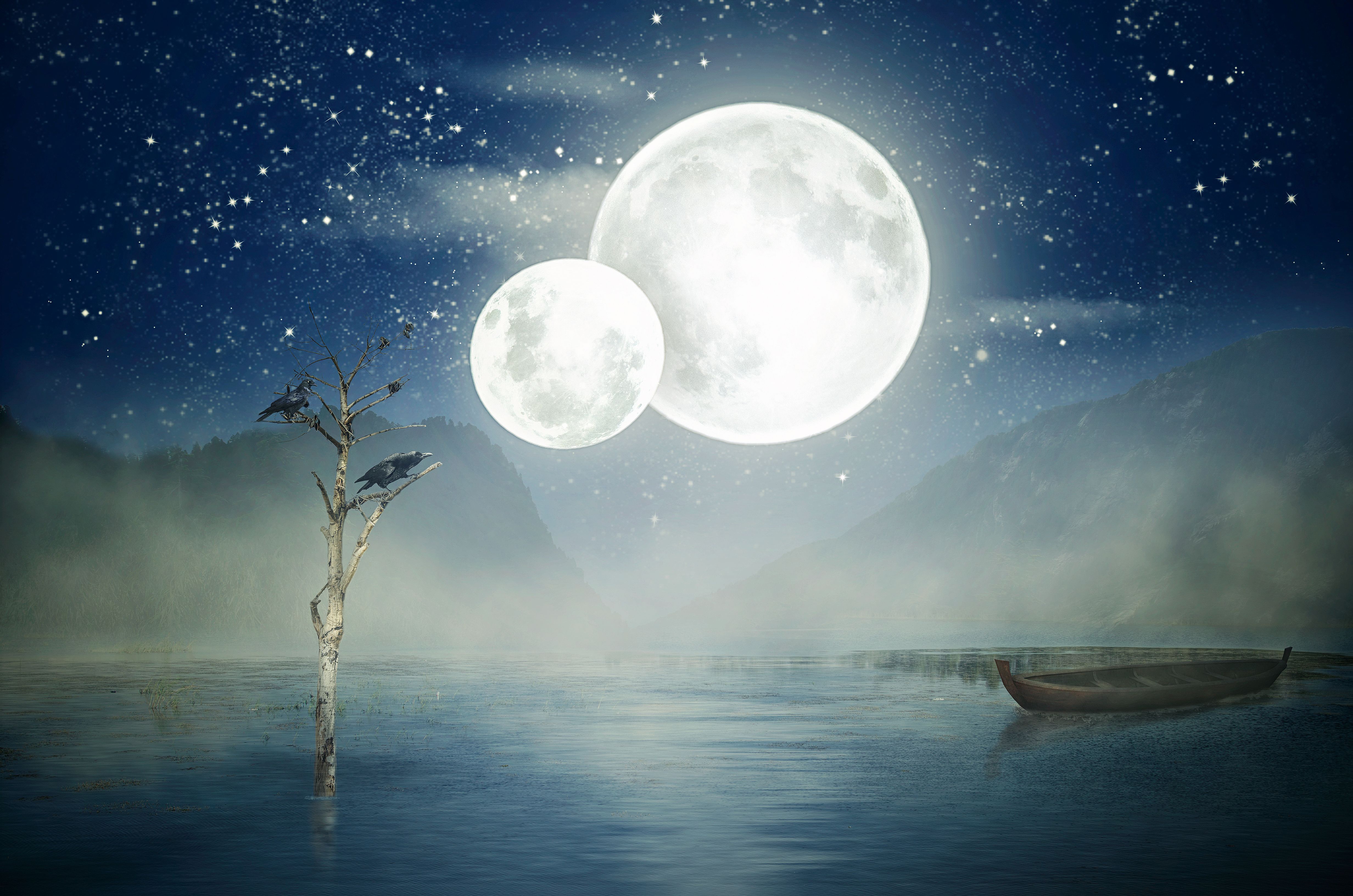 The article by John Read, PhD, and colleagues argues in favor of suspending the use of electroconvulsive therapy (ECT) due to a lack of efficacy data and unacceptable adverse effects, specifically, brain damage.1 Unfortunately, the analysis is based on studies conducted prior to the modern era of ECT, and it draws on a limited slice of the available safety and efficacy data for ECT. More recent studies have found key areas of efficacy (Table).

The selection criteria used by Read and colleagues were limited to older studies (1956 to 1985) and critiques of the quality of the data. Thus, the piece is judging clinical trial designs from the 1980s and earlier, using 2019 standards. It is no surprise that the included studies do not utilize methodology developed after the studies were completed. More importantly, the analysis did not include reports that compare different types of ECT, and comparisons of ECT with pharmacotherapy were also not included. This excludes most of the recent meta-analyses and clinical trials of ECT, which have used state-of-the-art clinical trial design. For example, a recent meta-analysis conducted by Tor and colleagues compared ultrabrief pulse right unilateral (RUL) ECT with brief pulse RUL ECT.2 They found remission rates of 44.9% for brief pulse right unilateral ECT vs 33.8% for ultra-brief pulse RUL ECT (OR, 0.71; 95% CI, 0.51-0.99; P = .045). Their meta-analysis showed that brief pulse caused more cognitive adverse effects than ultrabrief pulse, but there were no data after the acute course. 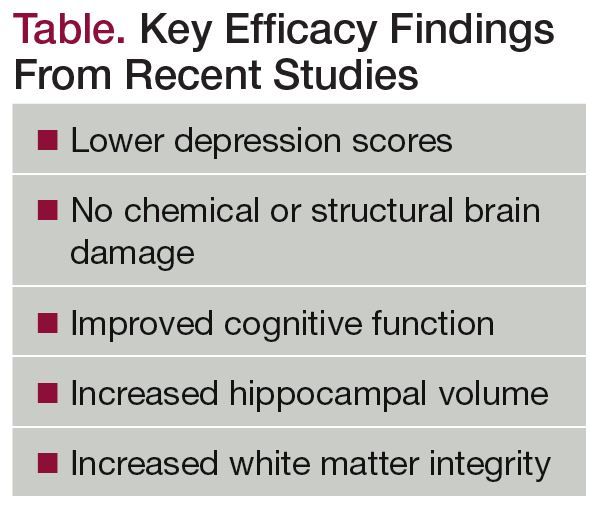 Since ECT is considered to be an established treatment, it can be used as an active comparator in a noninferiority paradigm, avoiding the ethical dilemma of treating very ill patients with a placebo treatment. As such, Helle K. Schoeyen, MD, PhD, and colleagues compared brief-pulse RUL ECT to algorithm-based pharmacology in a cohort of patients with treatment-resistant bipolar depression.3 At the end of a 6-week trial, the Montgomery-Asberg Depression Rating Scale scores in the ECT group were 6.6 points lower than those of the pharmacological treatment group (95% CI, 2.5-10.6; P = .002). In a novel treatment design, Charles Kellner, MD, and colleagues compared continuation ECT augmented by venlafaxine with lithium plus venlafaxine in geriatric depression.4 At 24 weeks, the ECT group had statistically significantly lower depression scores (Hamilton Depression Rating Scale score, 4.2; 95% CI, 1.6-6.9) than the medication only group. If ECT were not more effective than placebo, as Read and colleagues proposed, there would be no difference in the efficacy of different types of ECT, nor would ECT perform better than standard pharmacology. Taken together, these studies support the acute and sustained clinical efficacy of ECT and are inconsistent with the lack of efficacy proposed by Read and colleagues.

The main safety concern raised by Read and coauthors is that ECT causes brain damage. Specifically, they argued that the changes to autobiographical memory and the memory difficulties reported by patients following ECT treatment are evidence of brain damage. They also cited “microvascular, neuronal, voltage-gated ion channel damage that is visible on standard brain scans” as further buttressing this argument.1 The piece also leverages an article from 1946,5 a letter to the editor,6 a study in frog muscle,7 and the minutes from a traumatic brain injury advisory board meeting8 to support the brain damage claim. However, it does not appear that the more recent studies that fail to show chemical or structural evidence of brain damage with ECT,9 nor those that suggest improvement in cognitive function relative to baseline following ECT.10

Perhaps the most interesting finding regarding the memory effects of ECT is that the hippocampal volume, which has been shown to decrease in major depression, increases following a course of ECT treatment.11 This finding has been supported by 2 recent studies. Leif Oltedal, MD, PhD, and colleagues reported results from a multicenter imaging trial of the effects of ECT on hippocampal volume using structural magnetic resonance imaging in 281 patients from the Global ECT-Magnetic Resonance Imaging Research Collaboration.12 Their results showed an increase in hippocampal volume in participants receiving unilateral or bilateral ECT, while the 95 control participants who did not receive ECT did not show changes between the 2 scans.

This finding was corroborated by a systematic review of ECT’s effects on the brain’s structure by Krzysztof Gbyl, MD, and Paol Videbech, MD, DMSc.13 They reviewed 32 studies with 467 patients and 285 controls, and drew a number of interesting conclusions. None of the studies they reviewed reported evidence of brain damage. Instead, the studies found that hippocampal volume as well as other cortical and subcortical regions showed increases in volume. The authors noted that the increases in brain volume tended to occur in regions of the brain thought to be involved in the pathophysiology of depression.13 They also reviewed 5 diffusion tensor magnetic resonance imaging studies with a total of 92 patients and 62 controls, and the changes they found indicated increased, not decreased, white matter integrity between the frontal and temporal lobes after ECT. These finding are also consistent with results from a retrospective chart review study by my research group. We were able to identify 100 patients who had received at least 50 ECT treatments, 36 of whom received 100 ECT treatments as part of an acute course of ECT that transformed into maintenance treatment. Cognitive function as measured by the Montreal Cognitive Assessment essentially did not change in either group.14 In short, in an illness thought to result from decreased prefrontal cortical activity and connectivity to limbic structures, there is consistent evidence of increased volume and connectivity, not atrophy, following state-of-the-art modified ECT, which is corroborated by the available cognitive data.

The other safety concerns raised were an increased risk of major cardiac adverse events and an increased risk of death from ECT. While ECT does cause dramatic swings in heart rate and blood pressure, these effects are transient and well known. Further, the swings can be managed with thoughtful pretreatment, assessment, and careful monitoring during the procedure. Consistent with this approach, Niels Tørring, MSc, PhD, and colleagues performed a systematic review and pooled data analysis from 15 studies and found a death rate of 2.1 per 100,000 treatments.15 This is a decrease from the 4 per 100,000 treatments previously reported.16 Given the population that typically receives ECT, this decline in mortality likely reflects improvements in the medical management of chronic medical conditions and anesthetic technique. These data clearly do not support the assertion of an increased risk of death with ECT.

In summary, the concerns that were raised about ECT are commonly shared by the general public, and they are based on data from older studies that used the methodology now considered outdated both in terms of ECT practice and analytic techniques. Read and colleagues did not consider more recent, state-of-the-art clinical trial data that corroborate more than 75 years of clinical experience supporting the efficacy of ECT in a population of patients who suffer significant disability, increased medical comorbidity, and increased mortality.