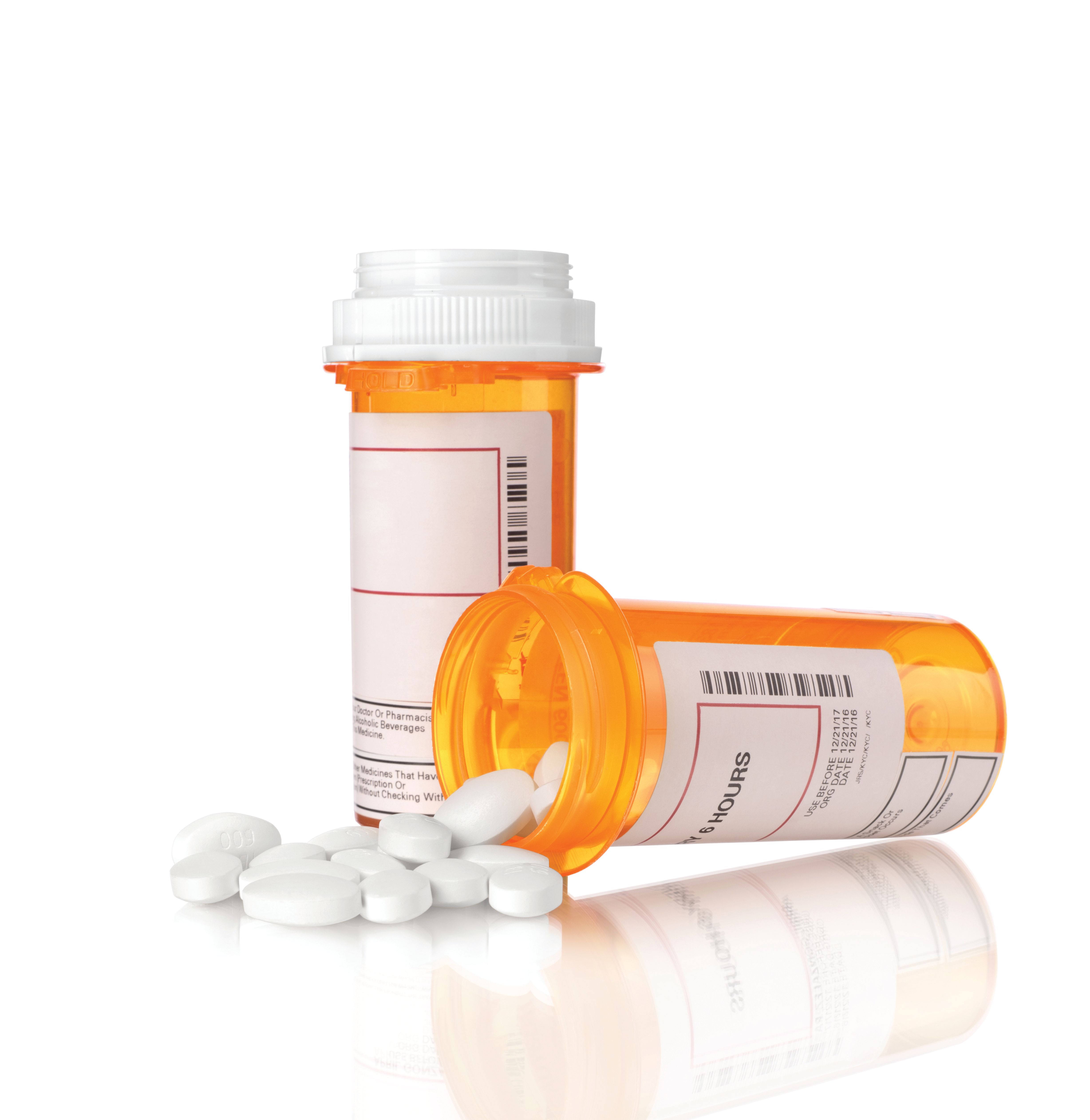 Disease burden and disability among patients with schizophrenia is largely determined by the negative symptoms, which include blunted affect, alogia, avolition, asociality, and anhedonia.1 In addition, it has been estimated that about 60% of patients with schizophrenia have prominent negative symptoms that require treatment. These symptoms are challenging to treat and often persistent. Although studies have observed a reduction of negative symptoms in the acute phase of trials, these have been unspecific or reflect reductions in secondary negative symptoms. Thus, negative symptom reduction is not considered a relevant outcome in acute phase trials. Similarly, much has been written on the issue of designing clinical trials to assess response for negative symptoms.2 A previous meta-analysis investigated the dose-response relationship between antipsychotics and total symptoms in acute-phase schizophrenia.3 However, data on the dose-response relationship between antipsychotics and negative (versus positive) symptoms are lacking. Identification of near-maximum effective doses would help guide clinical decision-making.

From 4398 articles, the authors identified 612 articles for full-text review, of which 40 met the inclusion/exclusion criteria. These 40 trials included 15,689 patients with a mean illness duration of 14 years, and investigated 13 oral and 3 long-acting injectable antipsychotics. The median study duration was 6 weeks (range, 4-13). The Table provides resulting data on the ED50 and ED95 for negative and positive symptoms for various antipsychotics. 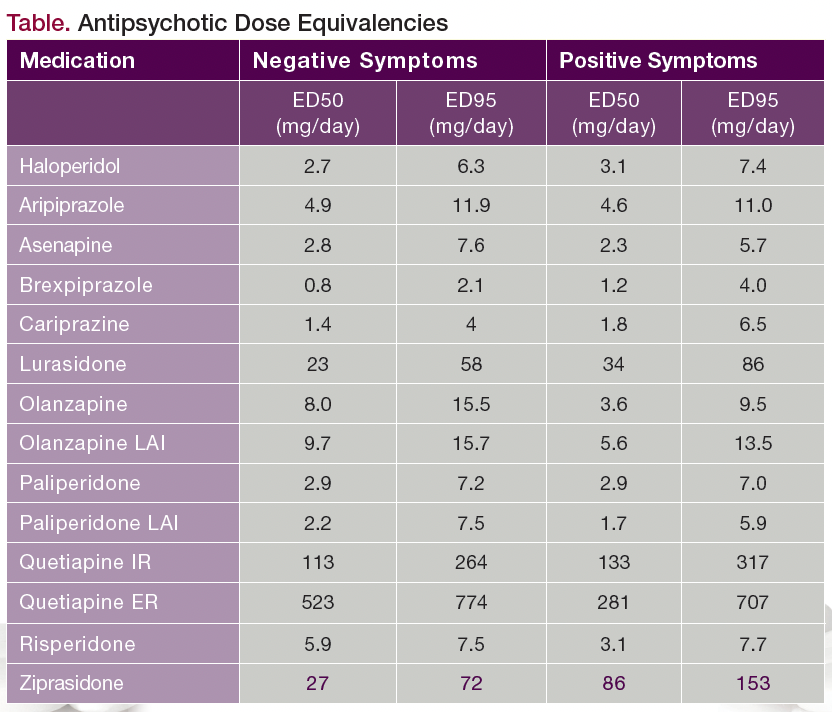 Based on this data, the resulting dose-response curve types could be trichotomized into: (1) plateau after an initial increase, (2) still increasing at the maximum dose, and (3) bell-shaped. Most of the dose-response curves suggested that the ED95 may be in the low to medium range of approved doses. For most antipsychotics with a plateau-shaped dose response curve (the most common pattern), the ED95 was lower for negative than positive symptoms, except for aripiprazole and asenapine. For olanzapine and quetiapine ER (for negative symptoms) and ziprasidone (for positive symptoms), the dose-response curves were still increasing at the upper end of the investigated dose range, raising the possibility that higher doses could be more efficacious.

Sabe et al acknowledged that the primary limitations of their analyses were the small number of RCTs and limited dose range investigated for some antipsychotics. Another limitation of the study was the absence of RCTs of clozapine. Furthermore, findings do not permit inferences on effects of longer durations of treatment beyond the acute phase of illness.

Findings can help clinicians optimize antipsychotic dosing during acute illness exacerbations. Antipsychotic doses above the ED95 may not confer additional efficacy for most agents.

Dr Miller is a professor in the Department of Psychiatry and Health Behavior, Augusta University, Augusta, Georgia. He is on the Editorial Board and serves as the schizophrenia section chief for Psychiatric Times™. The author reports that he receives research support from Augusta University, the National Institute of Mental Health, and the Stanley Medical Research Institute.