Have you had difficulty with differential diagnosis when patients have manic symptoms and psychosis? One doctor discusses the related DSM-5 criteria changes and some of their implications for psychopharmacology. 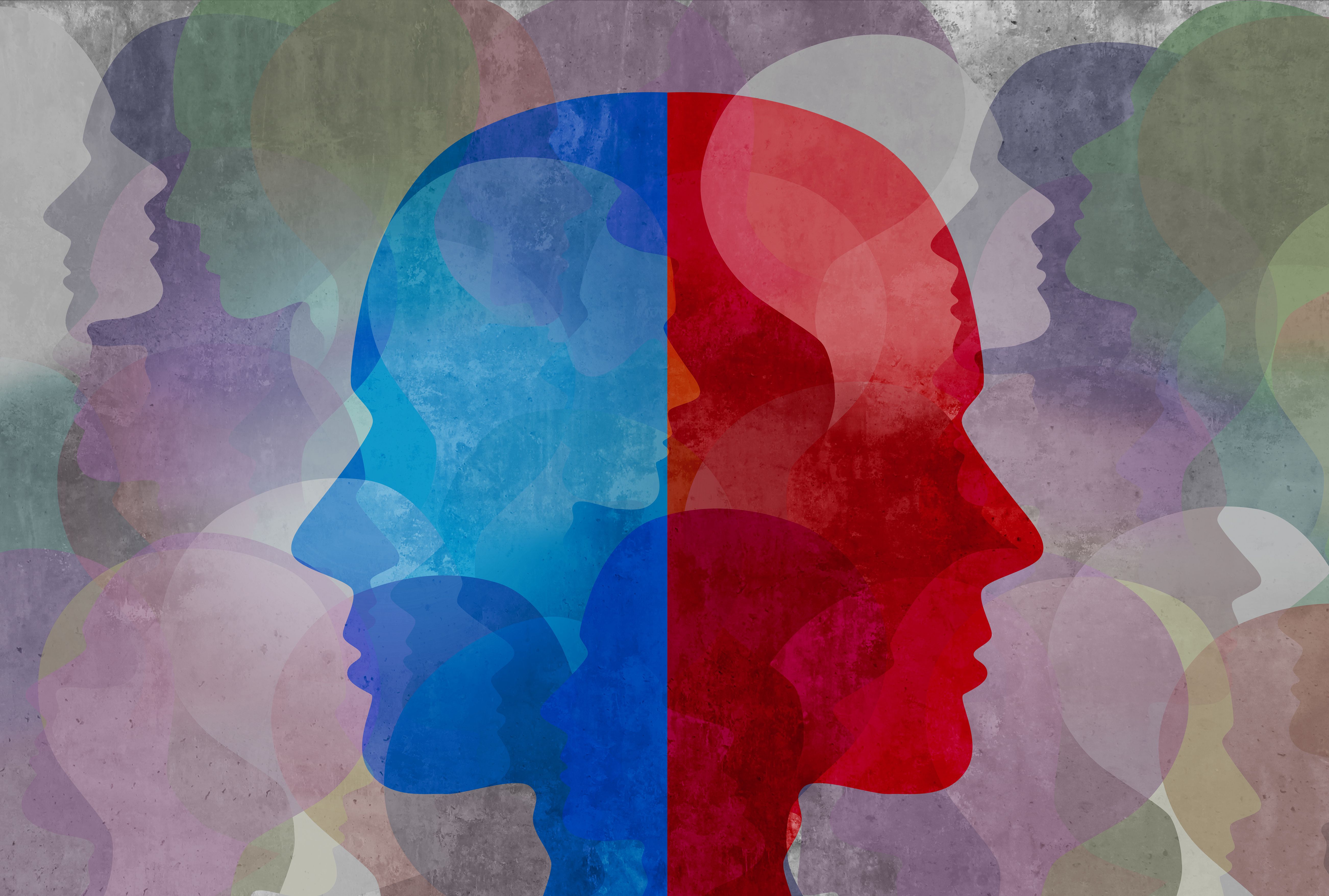 (This is the third part of the How To Diagnose Bipolar Disorder series—Ed.)

Have you had difficulty with differential diagnosis when the patient has manic symptoms and psychosis? In 2013, the DSM-5 made the issue clearer with significant changes in the criteria defining the quantity and nature of mood symptoms in these diagnoses. As a result, more patients will be diagnosed with schizophrenia compared with when using DSM-IV in either the TM or later “Text Revised” TR version. I will propose some of the implications for psychopharmacology.

In the schizophrenia D criteria in DSM-5, the patient should have no mood episodes (ie, meeting full criteria for mania or depression) during the active phase of the illness, or, if the patient has episodes, those episodes occur during a minority (ie, up to 50%) of the total duration of the illness (active and residual phases). In other words, a patient with schizophrenia can have a full manic syndrome present for up to 50% of the time, as long as the other schizophrenia criteria are met. Those criteria include, from the A criteria, positive symptoms during the acute phase; the B criteria of illness duration of at least 6 months of the active and residual phases; the C criteria of deterioration in functioning compared to premorbid levels; and the E criteria of no explanation of it from a substance or medical illness.

In the DSM-IV D criteria for schizophrenia, the requirement was that any mood episodes had to be brief in duration compared with the duration of the illness. An example of “brief” was a 5-week period of mania or depression in a patient who was ill for 4 years, which would translate to having a mood syndrome present 2.5% of the time. So, with DSM-IV, individuals with schizophrenia could not experience much time with any mood syndrome to meet the criteria. If mood syndromes were present longer than 2.5% of the time, the diagnosis would be schizoaffective disorder or bipolar with psychosis.

However, the DSM-5 criteria for schizoaffective disorder offer the mirror image of the D criteria for schizophrenia: Here, the individual must meet criteria for a mood syndrome for the majority (ie, 50% or more) of the total time that they have been ill. In DSM-IV, it had to be substantial (ie, more than brief [2.5%]). Diagnosis also requires the other schizoaffective criteria, including 2 weeks of psychosis in the absence of prominent mood symptoms. Here, the term mood symptoms is used instead of syndrome, meaning that there cannot be any prominent symptoms—much less the full syndrome—of mania or depression present for those 2 weeks.

There seem to be very few patients who meet these DSM-5 criteria for schizoaffective disorder, which require that they be in a mania (or depression) for the majority of the time and also have psychosis without any significant symptoms of a mood disorder for 2 full weeks. Making it tougher to diagnose schizoaffective disorder was probably intended by the DSM-5 authors. The evidence they considered suggested that the disorder, as defined in DSM-IV, did not exist;1,2 they wanted to eliminate it. They retained it because of pushback from field trials, with practicing psychiatrists who largely wanted to keep schizoaffective disorder in the manual.

Notably, study results have shown that when the DSM-IV criteria for schizoaffective disorder were in use (1994-2013), clinicians did not seem to use it for diagnoses.3 They overdiagnosed it using unspecified criteria. Also, study results found that patients diagnosed using the criteria very often evolved over time to having a schizophrenia diagnosis, whereas schizophrenia diagnoses under DSM-IV tended to be stable over time.4 Accordingly, with the new, more inclusive DSM-5 criteria for schizophrenia, the diagnosis should continue to be stable.

How about the diagnosis of mania with psychosis? In psychotic mania (in DSM-IV and DSM-5), the psychosis appears only during the time the patient is meeting criteria for mania, not after it as in schizoaffective disorder. Usually, the psychosis develops during the most severe part of the mania and tends to resolve early as the episode improves, and before the rest of the manic symptoms resolve.5

Now that you have an accurate diagnosis per DSM-5, what is the psychopharmacology treatment? If the diagnosis turns out to be schizophrenia, there is no demonstrated value to adding non-antipsychotic mood stabilizers (like lithium or valproate) to the antipsychotic for the manic component, according to the evidence reviewed in the Schizophrenia Patient Outcomes Research Team (PORT) guidelines.6 These additions only potentially contribute adverse effects. The usual psychopharmacology algorithm of employing 2 adequate monotherapy trials of antipsychotics followed by consideration of clozapine probably still applies for DSM-5 schizophrenia. If the diagnosis is bipolar with psychosis, you can use those traditional mood stabilizers as well as antipsychotics. Study results show that psychotic mania responds just as well to either class of drugs.7

It is suggested that you treat with your best psychopharmacology algorithm for schizophrenia or for bipolar with psychosis, depending on which diagnostic category best represents the patient’s presentation. If the results are unsatisfactory, try switching to your algorithm for the other diagnosis. This may produce better results than improvising with pure guesswork.

Dr Osser is co-director of the VA National Bipolar Disorder Telehealth Program and an associate professor of psychiatry at Harvard Medical School at the VA Boston Healthcare System. 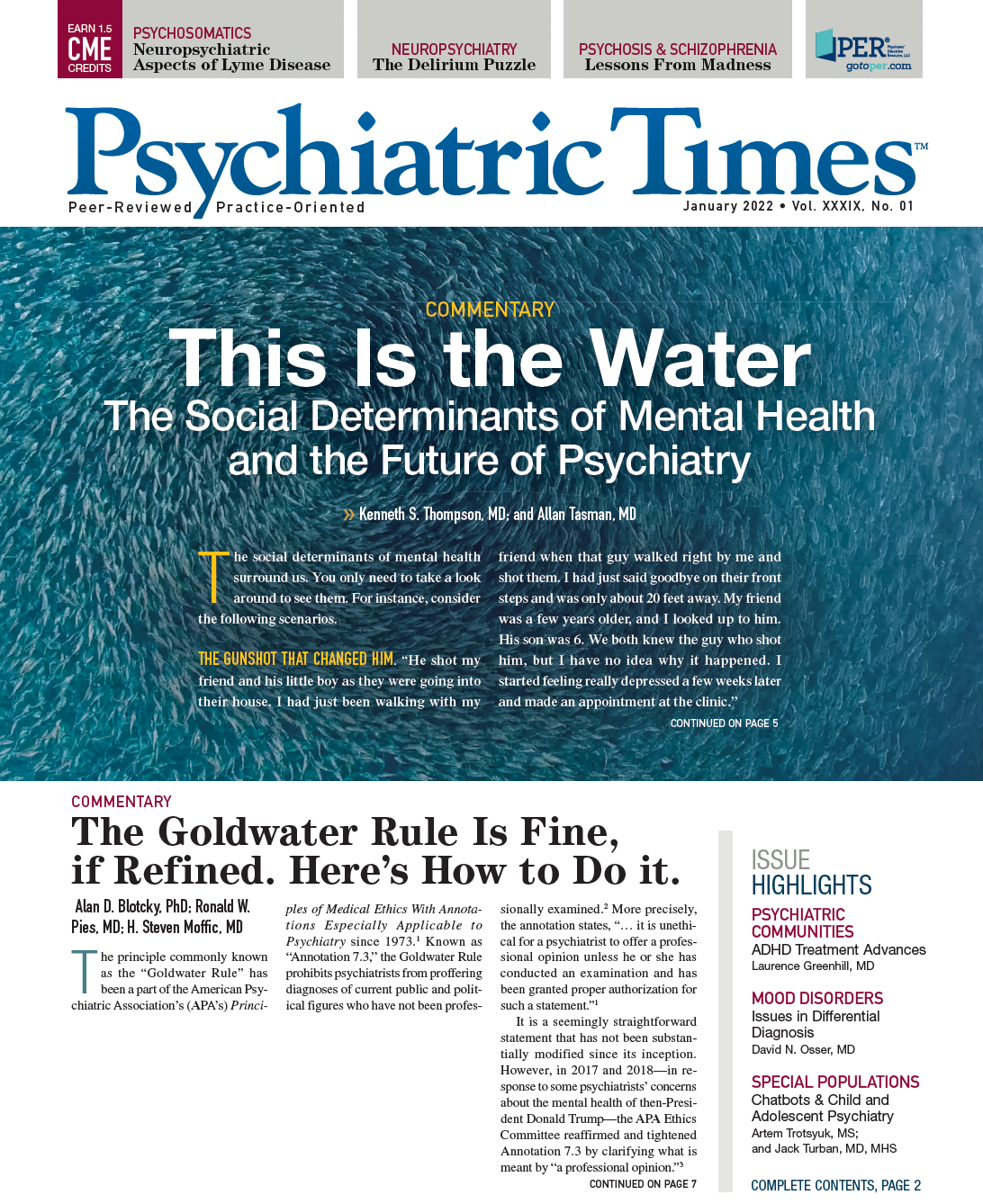 Pharmacological Management of Treatment-Resistant Anorexia Nervosa
Reducing Heterogeneity in Non–Treatment-Resistant and Treatment-Resistant Schizophrenia
Treatment-Resistant OCD: Strategies and Novel Treatment Options
The Current State of the Art and the Not Too Distant Future
Mania With Psychosis vs Schizophrenia vs Schizoaffective Disorder, Bipolar Type
5 Crypto Investing Rules for Busy Doctors
What Can Philosophy Learn From Madness?
Tender Fences
Doorknob Moments: Why They Happen and How to Use Them
Advances in Treatments for ADHD
Chatbots for Child Mental Health Care: Helpful, but Limited
Delirium: Don’t Miss It
Lyme Disease in Psychiatry: Controversies, Chronic Symptoms, and Recent Developments
Hope for the New Year
In Memoriam: Michael J. Hennessy Sr
Related Videos
Related Content