How accurate is this picture, and what explains the changing patterns of psychiatric practice? Gardiner Harris and The New York Times were near these important stories and missed them. 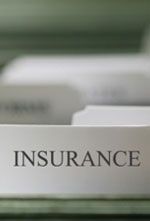 Gardiner Harris’s1 recent article inThe New York Times was, at best, a missed opportunity to look at the changing patterns of outpatient care by psychiatrists. Centered around a single psychiatrist in Pennsylvania whose practice is limited to diagnostic and medication management visits, Harris paints a picture of psychiatric outpatient care driven primarily by the distorted financial reimbursements built into our health care insurance system. Harris1 cites, with obvious concern, a 2005 federal survey that found that “just 11% of psychiatrists provided talk therapy to all patients.”

How accurate is this picture, and what explains the changing patterns of psychiatric practice? First, the survey that Harris cites-the National Ambulatory Medical Care Survey-provides data that contradict the impressions in Harris’s article. As analyzed by Mojtabai and Olfson,2 psychotherapy visits to psychiatrists-defined as visits of longer than 30 minutes-occurred in 28.9% of visits in 2004 - 2005 compared with 44.4% of visits in 1996 - 1997. As they themselves noted, the authors used a “restrictive definition of psychotherapy that may have misclassified some visits.”2 Indeed, common practice and standard Current Procedural Terminology (CPT) codes specifically include 30-minute visits for psychotherapy, with or without pharmacotherapy-visits they excluded in their analysis.

Even with the restrictive definition in the Mojtabai and Olfson study, 59% of psychiatrists in the sample provided some psychotherapy, although with regional variation. More important, there was significant variance in provision of 45-minute (or longer) psychotherapy visits, based on diagnosis: patients with schizophrenia were least likely to receive more intensive forms of psychotherapy, and patients with dysthymia and personality disorders were most likely, even after controlling for multiple other variables. These data suggest that the provision of more intensive psychotherapy by psychiatrists is highly sensitive to evidence-based studies and perhaps to circumstances in which well-documented pharmacotherapies are less available. If payment were the sole or primary determinant of care, it is unlikely that this more granular and specific provision of psychotherapy would be present.

In addition to his mischaracterization of the Mojtabai and Olfson study, Harris ignores contrary data. Thus, Reif and colleagues3 looked at types of outpatient visits to a private national managed behavioral health plan. Based on their analysis of these 2004 data, more than 67% of visits to psychiatrists involved either medication management and psychotherapy, or psychotherapy alone. This was despite the fact that the visits occurred in the type of insurance setting that has generally been viewed as least hospitable and remunerative to psychiatric practice.

So in what ways was the Harris piece a missed opportunity? First, one would not know, on the basis of the article, that psychiatry has been rapidly increasing the quality of its evidence base and the specificity of its treatments-verbal, behavioral, and psychopharmacological. Indeed, the growth in the use of pharmacotherapeutic agents-imperfect though they are, according to the Clinical Antipsychotic Trials of Intervention Effectiveness (CATIE) and Sequenced Treatment Alternatives to Relieve Depression (STAR*D) efficacy studies-has been driven not merely by financial or marketing considerations, but by the efforts of generations of psychiatric researchers to find more effective treatments for fearsome and profoundly disabling illnesses.

Second, Harris fails to note that it has been psychiatric clinicians and researchers, as well as colleagues in psychology and other disciplines, who have argued for the use of combined treatments. These include forms of psychotherapy, such as cognitive-behavioral therapy, that can be provided outside the framework of hour-long visits.

Third, there is no mention of the seminal work in neuroimaging, genetics, and animal models that has begun to reveal the importance of epigenesis-essentially, the influence of environmental and psychological events on the expression of the genetic code. Epigenesis has important “permissive” effects on the development of both psychiatric and medical illnesses and helps us understand why psychotherapeutic work has important neurobiological correlates and effects. None of these fundamental developments in psychiatry, or their impact on clinical practice, were evident in Harris’ article.

Finally, Harris did not go deep enough in understanding how payment schemes in the health care insurance environment do drive the provision of care. For example, we have known for decades that primary care and non-psychiatric specialty physicians provide more than 50% of all ambulatory psychiatric care. They also write 70% of the prescriptions for antidepressants. Yet, partly because of the development of “carve outs”-specialized, fourth-party mental health insurance plans-general physicians rarely code psychiatric diagnoses because payment for these illnesses is often limited if provided by these practitioners. This makes it harder to understand the scope and quality of mental health care in the general medical sector.

Gardiner Harris and The New York Times were near these important stories and missed them. Hopefully, Harris will find a way to return to these insurance issues-and to the real growth in psychiatric neuroscience-and tell both in a more balanced and accurate fashion.

Articles in this issue
Board Certification: Two Perspectives
Lorenzo’s Oil and the Rehabilitation of Gene Therapy
Analgesic Medications: Balancing Efficacy, Adverse Effects, and Convenience
A Literature Review of Videophone Use in Mental Health
Understanding the Psychodynamics of Nonadherence
Recovery From Disability: Manual of Psychiatric Rehabilitation
The Vote on Tutu: Fair Hearing?
The 2011 Psychiatric Times Ethics Survey: Moral Struggles
Note to Pablo Neruda
A Psychiatrist’s Perspective on a Potentially Explosive Issue
It’s Still Possible-Even in a Managed Care World
A Missed Opportunity
What’s in It for Psychiatrists?
Volkswagen Psychopharmacology
Black Psychiatrists of America Speak About Desmond Tutu
Related Videos
Related Content