Lorenzo’s Oil and the Rehabilitation of Gene Therapy 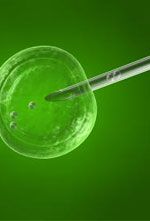 I admit to having 2 mixed responses when I rented the 1992 movie Lorenzo’s Oil. The first reaction didn’t concern the film at all, but something I had read about in a science magazine earlier that day. Eighteen-year-old Jesse Gelsinger had just died, the first person to succumb during a human gene therapy trial. Gene therapy (sometimes called gene replacement therapy) attempts to ameliorate genetic-based disorders by introducing corrected genes into affected patients. Jesse suffered from ornithine transcarbamylase deficiency, an X-linked genetic disorder that results in the inability to metabolize ammonia. It is invariably fatal.

An adenovirus carrying a corrected OT gene had been injected into Jesse’s bloodstream, with hopes of restoring this metabolic activity. Unfortunately, he mounted a catastrophic immune response to the modified adenovirus and died of multiple organ failure. A flurry of investigations ensued, the trial was halted, and the family was eventually paid an undisclosed amount of money. Having worked with gene therapy technologies early in my career, I felt this disappointment acutely.

But back to the movie, and my second mixed reaction. Lorenzo’s Oil was based on the true story of Lorenzo Odone, a boy suffering from a different X-linked genetic disease-adrenoleukodystrophy (ALD). ALD is a severe neurodegenerative disorder with no cure and, at the time, no successful treatment options. The movie concerned the efforts of Lorenzo’s parents to find an effective treatment for their son. They eventually hit upon a dietary supplement derived from olive oil-hence the title-a combination of 2 long-chain fatty acids. They had reason to believe it would help their son, and the film documents their struggle trying to convince skeptical scientists, friends, and clinicians.

The bad news was that the establishment initially resisted their attempts to obtain a therapeutic distillate of the oil for their child. The good news was that the parents eventually found a professional who would create the distillate. Astonishingly, the compound halted the progression of the disease (the actual Lorenzo died last year of aspiration pneumonia, having lived to an incredible age of 30 years). In this film, members of the scientific community were portrayed as churlish, narrow-minded, and subject to group-think. We can be all these things, of course-research is a very human enterprise-but coming on the same day as the report of Jesse’s death, it didn’t feel like a very good day to be a scientist.

Happily, gene therapy technologies have undergone a powerful revolution. Since Jesse’s failed trial, additional safety procedures and oversight activities have been put into play. Existing experimental protocols have been modified. Combined with technical advances in gene replacement strategies, the changes have resulted in a number of clinical success stories. One extraordinary achievement occurred this fall and involved ALD, Lorenzo’s disorder. The achievement brought back a reminder not only of the day I saw the movie but also of how far we’ve come since then. I want to tell you about what happened. I start with some background information about ALD, then move to an experiment that, at this writing, shows enormous promise.

ALD is a demyelinating disease of the CNS. The mutations responsible for the disorder occur in a gene called ABCD1, which encodes an adenosine triphosphate–binding transporter protein. The protein normally hangs out in the membranes of peroxisomes of both oligodendrocytes and microglial cells. In its role as a peroxisomal transporter, it happily degrades very long-chain fatty acids in these cells. A loss of this function inhibits normal myelination maintenance by these cells.

Not surprisingly, active multifocal brain demyelination occurs in affected children, with an active degradation phase that manifests around age 6 years. Death usually occurs before puberty. It is a remarkable tribute to Lorenzo’s parents that their son lived so long.

Once there is onset of the lesion phase, it is impossible to stop the degradation, which is why therapeutic interventions are best initiated at the earliest ages possible. The only effective treatment to date is hematopoietic stem cell (HSC) therapy, classic stem cell transplantation therapy. It works by supplying replacement microglial cells derived from donor bone marrow myelomonocytic sources. There are limitations to this therapy, of course, ranging from the limited pool of compatible donors to its high fatality rate.

Obviously, replacing a mutated ABCD1 gene with a healthier version in affected children would be the gold standard treatment option. Since you have a brain delivery system already available with HSCs, what if you could put a corrected ABCD1 gene into those stem cells, then allow the cells to migrate via those normal pathways into the brain? What would be the first step?

Anyone contemplating gene therapy manipulations begins with the choice of molecular transport vehicles. These are normally genetically re-engineered viruses fashioned into benign vectors, each capable of delivering corrected genes to the patient.

Many laboratories have used mouse gammaretroviruses as the vectors of choice. The big problem is that they will only transduce (supply the foreign gene) dividing cells. Since Jesse’s death, researchers have genetically engineered HIV-1 viruses to do the shuttling (Figure). Although they have been made replicatively defective, these viruses readily transduce nondividing cells. This property makes them the vector of first resort for many laboratories interested in gene replacement studies. Modified HIV-1 viruses are remarkably efficient at infecting HSCs. Once inside these cells, a certain percentage will express whatever foreign gene is on board, setting up a long-term presence of gene product in HSC lineages.

The question, however, remains: Would this work for patients suffering from ALD?

Seemingly simple-the introduction of the foreign gene into HSCs-the initial leg of this journey is a cautious one. If integration is successful, the next step is to determine what happens after transplantation. Once the cells stabilize in the patient, then one would start looking for clinical effects. That’s exactly what teams of researchers-some from Europe, some from the United States-have undertaken to do.

They were given permission to treat 2 ALD-affected boys, aged 7 and 7.5 years. The children had no matched donor available or cord blood for a ready sources of HSCs, which made them ideal candidates for a gene therapy trial. In the laboratory, autologous HSCs were transduced with an HIV-1 vector genetically engineered to express healthy ABCD1 genes. After myeloablative treatment, these HSCs were reintroduced into the patients.

The boys were followed up over the next 2 to 3 years. The researchers were looking not only to see whether the stem cells “took” but also to determine how many of them were expressing the corrected protein. To their excitement, the researchers found healthy ABCD1 proteins expressed in a wide variety of HSCs, including monocytes, T and B cells, granulocytes, and bone marrow progenitors. It wasn’t a great percentage, hovering between 9% and 14%. Would it be enough to produce a positive therapeutic outcome? The answer was yes! More than a year later, progressive cerebral demyelination in both boys stopped.

This was quite an achievement. Despite its relatively low level of correction, the boys’ brains were getting better-or at least stopped getting worse. The results are similar to those in ALD patients who have had the good fortune to find a donor source and subsequent transplantation. In a single stroke, a positive effect had been produced in patients with no such advantage. It had been done with a technology previously under a cloud, with a disease whose research efforts had been couched as negative high drama.

Perhaps we have come a long way after all, I thought. After hearing about the breakthrough-and recalling Lorenzo-it turned out to be a remarkably good day to be a scientist.