Monkey Mind: A Memoir of Anxiety

Importantly for lay and clinician readers alike, the book Monkey Mind: A Memoir of Anxiety reads as humor-laced triumph with many lost battles along the way rather than enduring unrelenting tragedy. 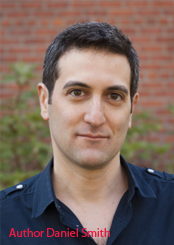 Frequent contributor to The New York Times, writer Daniel Smith has recently authored Monkey Mind: A Memoir of Anxiety which will be recognized in the years to come as the preeminent first-person narrative of the anxiously lived life. With unmatched candor and gifted use of humor, Smith walks his reader through the way anxiety has darkly colored not only his significant life events (eg, becoming sexually active) but also inconsequential decisions (eg, choosing ketchup or BBQ sauce to top his sandwich). Because anxiety disorders are the most common psychiatric diagnoses, it is wonderful to have a narrative of generalized anxiety disorder that can join the classic narratives already written for our other major diagnoses-William Styron’s Darkness Visible: A Memoir of Madness for depression, Redfield Jamison’s Unquiet Mind: A Memoir of Moods and Madness for bipolar disorder, and Elyn Saks’s The Center Cannot Hold: My Journey Through Madness for schizophrenia. We get to look not only at one man’s suffering but also at treatment and treatment challenges.

When a crisis passes and anxiety wanes, in what he terms a “false dtente” and “psychic ceasefire,” Smith discusses how several times he believed himself to be cured of his anxiety. After several years of relapsing into disabling anxiety with periods of remission, he realizes the anxiety-free state lasts only “so long as the days are relatively the same, so long as the ride is generally smooth.” For those with chronic anxiety and the many in their lives who wish to help them with verbal salves emphasizing that passage of time alone will bring relief, he offers “on its own time means exactly nothing.” I, and I am certain that many others, have seen patients terminate therapy early or discontinue medication during a “false dtente” only to return later in a trying but perhaps preventable situation. 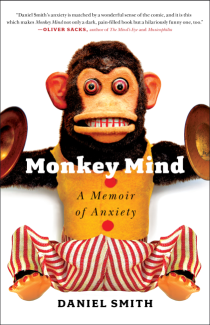 During one of his most intense periods of anxiety while a freshman at Brandeis University, Mr Smith describes his daily visits to a particularly secluded area of the library where he could be alone to read anything that might relieve his suffering. When he discovered Philip Roth he remarks, “I had found my anxiety’s Rosetta Stone.” In praising Roth’s writing, Smith writes “Roth protagonists are for the most part not good men . . . but they are almost always exceedingly honest – even, or especially, at the expense of their own serenity.” This very level of honesty at the expense of keeping his own foibles private is one aspect of what makes Smith’s book so brilliant.

Importantly for lay and clinician readers alike, the book reads as humor-laced triumph with many lost battles along the way rather than enduring unrelenting tragedy. Following intense suffering, Mr Smith embarks on a mission to become well. He attends therapy, takes antianxiety medication, and surrounds himself with people who can provide him with the supportive environment in which relapses into anxiety do not spell doom but are just obstacles on the way to better living. For the psychiatrist reader, the book reads like an incredibly successful treatment and for the patient reader, a source of hope by way of intense determination.