A More Nuanced View of Hypomania

Is dysphoric hypomania a phase of mania itself? Or does it represent a descent into a mixed state? 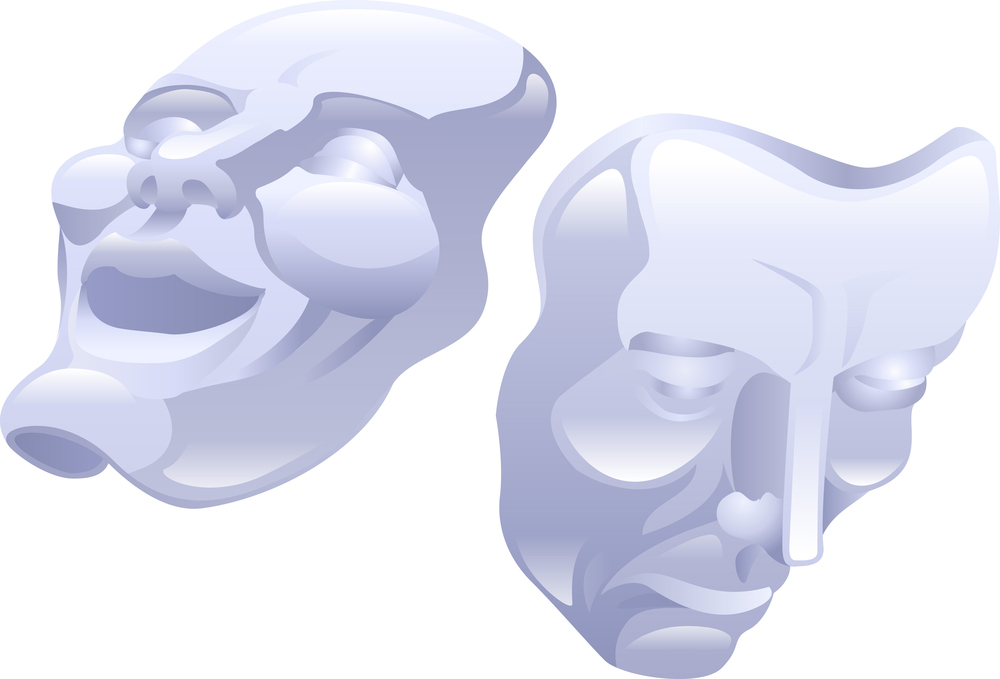 Hypomania is often characterized as a euphoric experience, a “mild version of mania.” For example, here’s WebMD:

"It’s a less severe form of mania. It actually may feel pretty good because your mood is up and you have more energy than usual, but it’s not out of control. The problem is that for someone with bipolar disorder, hypomania can evolve into mania. Or it can switch to serious depression."

Or Wikipedia; though slightly more balanced (irritability is mentioned), it describes hypomania thus:

"Characteristic behaviors are extremely energetic, talkative, and confident commonly exhibited with a flight of creative ideas."

Doesn’t that sound appealing? If hypomania was just mild mania, why wouldn’t people want to return to it? This way of thinking about hypomania reinforces some practitioners’ inclination to blame patients for being non-compliant: “they just want their highs.”

The problem is that pure euphoric hypomanias are, in my experience, rather uncommon. True, patients don’t come in to see us to complain of euphoric hypomania. But I don’t hear about this very often during their subsequent depressions. Patients more commonly go through a phase that is initially pleasurable; but later, perhaps driven by the decreased sleep that accompanies early hypomania, the experience can change into something much more dysphoric.

For example, a blogger writes: “I start feeling burned out. While I still have a lot of energy, I don't have that ‘I love the world’ feeling . . . things don't just slide off my back. While I try not to ‘snap’ back at people, I am not always successful . . . I become far less happy, joyful, and kind. I dislike being criticized in any which way.”

For another rich example, see Sarah Sullivan’s blog on dysphoric hypomania. Or for a book-length account of the complexity of mood experience-in case you don’t get to hear these details daily-check out Lost Marbles by Natasha Tracy. She describes excruciating agitation with intense, relentless suicidal ideation during nights of no sleep at all. She discovered that moderate self-harm provided some temporary relief from these states, demonstrating that cutting is not pathognomonic for borderline personality disorder, as also observed by other bloggers and researchers.1,2

Is dysphoric hypomania a phase of mania itself? Or does it represent a descent into a mixed state? Does this even matter? Patients’ accounts of the complexity of their mood experience, such as those above, make the DSM-5–induced controversy over which symptoms to count toward a mixed state almost comical. Granted, multiple agencies want lines drawn somewhere (eg, insurance companies, the FDA, the military, the legal system). We can thank the DSM committee members for their efforts. But let’s not confuse the criteria with the complex reality of the illness.

We can thank the DSM committee members for their efforts. But let’s not confuse the criteria with the complex reality of the illness.

Take irritability. While disallowed by the DSM-5 mixed state definition, this symptom is prominent in research studies that quantify symptoms during mixed states. For example, in the BRIDGE-II-MIX study, irritability was overall the most common mixed state symptom (depending on which definition for the condition was used).3Gin Malhi and colleagues from Australia recently coined the acronym “DIP” for distractibility, irritability, and psychomotor agitation. They found these 3 symptoms, all disallowed by the DSM-5, “may be cardinal features of mixed states.”4

Take insomnia. In dysphoric hypomania, this is not the classic “decreased need for sleep.” Patients would love some lorazepam or zolpidem. Indeed, they may be perceived by physicians as “drug-seeking,” which is utterly ironic if the same physician is prescribing an antidepressant that might be inducing these mixed state symptoms. Unfortunately, I think this is extremely common, based on the primary care psychiatric consults I’m doing these days.

Defining mixed states, including dysphoric hypomania, is less tortuous if one adopts a “dimensional” (jargon term for spectrum) approach to diagnosis-as recommended by the head of the Bipolar Spectrum Division of the National Institute of Mental Health.5 (Note the title of her division.) A dimensional view of mixed states regards depression as a continuum, from not at all mixed to fully mixed.6

But researchers prefer to use cutoffs. One of the most recent analyses from the longitudinal Stanley Foundation dataset used the Young Mania Rating Scale (YMRS) and set the cutoff for mixed depression as more than 2 on the YMRS. Of all the visits with bipolar depression over a 7-year period, 43% were mixed, using that definition.7 In other words, mixed states-more broadly defined than the DSM-5 criteria-are extremely common.

Does all this terminology matter?

Mixed states are extremely puzzling to patients-and some practitioners. The very term “bipolar” promotes the opposite conception: contrary “poles,” which as such could not possibly “mix.” One patient went 24 years without recognizing her bipolarity because of this terminology; she experienced a dramatic turnaround in course and understanding with individual psychoeducation (20 minutes each therapy visit spent reading from a textbook!).8 Our group found that antidepressant tapers were associated with resolution of suicidal ideation in a small case series of patients who likely had mixed states, but did not meet DSM-IV criteria for bipolar disorders.9

With the advent of the DSM-5, Bipolar II can finally be recognized as having mixed states (in the DSM-IV, only full mania and full depression counted). So now, dysphoric hypomania can be formally recognized. Perhaps this will help us all move beyond simplistic descriptions of hypomania that can leave patients and practitioners wondering if dysphoric, agitated states can be “bipolar.”

5. Leibenluft E. Categories and dimensions, brain and behavior: the yins and yangs of psychopathology. JAMA Psychiatry. 2014;71:15-17.