Must Mental Illness Be Uncommon?

Dr Angell and others may be right to claim that we should be concerned about the current practice of psychiatry. But the simple fact that mental illnesses seem to be common is not one of them. 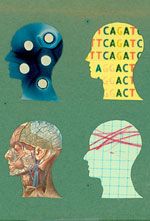 It is common for critics of psychiatry to point to the growing prevalence of mental illness as evidence of something wrong. In 2 essays in The New York Review of Books,Dr Marcia Angell1,2 presents several criticisms of psychiatry with this theme. She notes that over the past several decades, the prevalence of mental illness in the United States has skyrocketed. The rate at which mental illness is diagnosed in children has increased by a factor of 35, 10% of 10-year-old boys have ADHD, and the lifetime prevalence of mental disorders in the United States is currently 46%. She concludes that there must be some nefarious influence at work, and it seems to her that a cabal of pharmaceutical companies is the most likely culprit.

Dr Angell is an influential critic of medicine, and her arguments, like those in the books she reviews, deserve attention.3 Here I respond to an assumption central to her essays and related critiques. I think many of us take statistics like those above as evidence of something awry in psychiatry because we assume mental illness must be uncommon. In fact, however, there is no good reason to do so.

Start with a comparison between psychiatric and medical illnesses. There is clearly no problem with thinking the latter are common. Consider heart disease. Its lifetime prevalence for men older than 65 in the United States is 31%, and in recent decades, its global prevalence has increased.4,5 This is cause for alarm, but not skepticism. Cancer is also distressingly common, and no one doubts that 19% to 23% of people in the United States will die of cancer or that cancer will develop in 44% of all men.6

There are probably a number of interrelated considerations. First, we may tend to think of mental illness in terms of archetypes such as schizophrenia. Schizophrenia is a chronic and debilitating illness.7 It is also relatively uncommon, with a lifetime prevalence of 0.5%.8 If one supposed all mental illnesses were like schizophrenia-lifelong pathological states undermining a person’s very identity-then it would be surprising if someone said that mental illnesses are common: most of us are doing okay, most of the time.

Of course, there is no reason to assume all mental illness is akin to schizophrenia. One could be mentally ill both briefly and mildly, without thoroughgoing upheaval of one’s life. We accept the existence of medical illnesses such as the common cold. Perhaps we should expect they have mental analogues, and that the latter can be common.

The skeptic may worry that expanding our nosology to encompass mental analogues of the common cold would render abnormal what we ought to regard as perfectly normal (ie, acceptable) distress. This concern is superficially compelling, but also confused. Presumably, one problem with classifying “normal” distress as pathological is that it seems to demand treatment. In fact, however, not every medical illness is treated or treatable. The common cold is again an example, but no one thinks it is not a real illness or that it is overdiagnosed.

A related concern might pertain to unnecessary stigma. The label of mental illness entails significant social costs and should not be used without good reason. A diagnosis of ADHD might impair a child’s self-esteem and affect his educational, social, and occupational performance.9 But we should not confuse practical considerations with classificatory ones: how things are, and so how they ought to be classified, is one matter; how we ought to comport ourselves as classifiers is another. Occasionally, someone might be better off not knowing that he or she has cancer or HIV infection. But in neither case does this void the diagnosis.

Skeptics may also share concerns that animated the anti-psychiatry movement of the 1960s and 1970s, which argued that psychiatry relied on dubious normative judgments.10 To be fair, many psychiatric diagnoses probably contain a normative element.11 This should give us pause, since normativity can easily go awry: the norms driving the diagnosis of drapetomania (a slave’s desire to flee his master) or the DSM’s early inclusion of homosexuality were unquestionably wrong.12,13 Still, such cases do not show that all psychiatric diagnoses are corrupt, since not all norms are corrupt. Many of the norms implicit in psychiatric diagnoses (such as schizophrenia and other psychotic disorders) are not even moral ones, but rather norms of reasoning and inference. And though some might claim that delusional or paranoid beliefs merely constitute “another way of thinking” as good as any other, we need not take those claims seriously.

To be sure, many diagnoses rely on norms that are moral. We might diagnose major depression in a suicidal person and treat him accordingly, and our diagnosis may be independent of any problems with his reasoning, as distinct from problems with his motivations. How we treat him therefore depends on a judgment about how his life should go, which is surely moral.

The problem, however, is that radical pluralism is false: moral judgments about others’ self-regarding behavior can be correct. It is easy to say for the sake of argument that we have no grounds for judgments about how others should live, that all such questions are matters of preference. But outside of psychiatry, we make a wide variety of judgments about what others do. As a society, we require persons to refrain from using certain recreational drugs and to do things such as wear their seatbelts. The claim that the underlying judgments are necessarily false is too costly if the only payoff is maintaining a radical critique of psychiatry.

We also make decisions for persons who are unable to make decisions for themselves (eg, young children, adults with dementia). For such “incompetent” persons, the good is not always a matter of preference. But if there are facts about “incompetent” persons’ good, similar facts should hold for competent persons. Competence is a matter of having knowledge, understanding that knowledge, and using the knowledge to reason well.14 If these criteria do not invoke facts about the good, then nothing about competence should make a person more capable of determining his good than the incompetent person. And if the criteria do invoke facts about the good, then such facts exist. Either way, radical pluralism is in trouble.

Sometimes social construction is a matter of applying arbitrary categories to natural continua. Some think race is socially constructed in this way: variations in skin tone, hair color, and the like are real, but identified races correspond to no natural divisions.15 Our color categories are similarly constructed: color phenomena comprise continuous spectra onto which we impose divisions, which vary somewhat from culture to culture and which are not natural.16 But, again, being non-natural does not entail being unreal: no one would seriously contend that redness is not real, or that we should disband our use of that concept.

Finally, things can be socially constructed insofar as they are what Hacking17 called looping kinds: the phenomena categorized change over time because people’s behavior changes in response to the categories. Mental illness can obviously be like this, but it is again no mark against reality. Most cultural categories loop. The promulgation of the notion of hippie culture in the 1960s probably led more people to become hippies. But no one supposes that hippies were not really hippies. The kind looped, but remained real.

To conclude, I should emphasize that I am not trying to argue that mental illness really is common, which is partly an empirical matter. Nor am I concerned with defending the legitimacy of the entire corpus of psychiatric diagnoses, many of which could be spurious or overused. My aim instead has been to show that our resistance to the potential ubiquity of mental illness is not a priori justified. Psychiatric illnesses could be just as common as medical illnesses, especially if they can be minor and do not always require treatment. Dr Angell and others may be right to claim that we should be concerned about the current practice of psychiatry. But the simple fact that mental illnesses seem to be common is not one of them.

Angell M. The epidemic of mental illness: why?

Angell M. The illusions of psychiatry.

The Truth About the Drug Companies: How They Deceive Us and What to Do About It.

Centers for Disease Control and Prevention, National Center for Health Statistics. Respondent-reported lifetime heart disease prevalence among adults 18 years of age and over by sex and age: United States, 1999-2009.

Jablensky A. Epidemiology of schizophrenia: the global burden of disease and disability.

The Myth of Mental Illness: Foundations of a Theory of Personal Conduct.

Wakefield JC. The concept of mental disorder. On the boundary between biological facts and social values.

Foddy B, Savulescu J. A liberal account of addiction.

Spitzer RL. The diagnostic status of homosexuality in DSM-III: a reformulation of the issues.

Assessing Competence to Consent to Treatment: A Guide for Physicians and Other Health Professionals

Mallon R. Passing, traveling and reality: social constructionism and the metaphysics of race.

The Social Construction of What?