The Impact of the Economic Downturn on Public Mental Health Systems

Like all other sectors of government, state mental health budgets will be slow to recover and will be shaped by current policy priorities and litigation mandates imposed in multiple states. 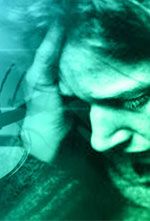 The economic recession that began in 2009 has resulted in a dramatic reduction in spending across most sectors of state government. Funding for mental health treatment and asso­ciated services, often spread across multiple state agencies (ie, Medicaid, vocational rehabilitation, housing, labor, etc), has experienced significant reductions at a time when demand is increasing and is a major setback to positive state efforts in recent years. The National Association of State Mental Health Program Directors (NASMHPD) estimates that funding within the control of State Mental Health Authorities (SMHAs) in the 50 states was reduced by at least $3.49 billion between fiscal years 2009 and 2012.1

Between 2000 and 2009, public mental health systems across the country saw a revival of sorts, triggered by notable events and trends such as the US Surgeon General report on mental illness (1999), the US Supreme Court Olmstead decision (1999), the President’s New Freedom Commission report (2003), the passage of insurance parity (2008), recognition of evidence-based practices, new psychotropic medications, the recovery movement, and growing state mental health budgets.2-4 During this time, many SMHAs were engaged in efforts to transform their service delivery systems in one way or another (eg, establishing peer-delivered services, expanding supportive housing, integrating mental and physical health care) to improve the overall accessibility, quality, and effectiveness of services.

Leading into the recession, SMHAs were confronted with a changing landscape due to the confluence of several factors. Many of the efforts of SMHAs have centered on transforming legacy, institutionally based systems to those that emphasize full community integration. Federal agencies, such as the US Departments of Justice, Health and Human Services, and Housing and Urban Development, are all focusing efforts on community integration under Olmstead, the 1999 US Supreme Court decision asserting the civil rights of individuals to live in the least restrictive, most integrated settings.5,6 This alignment of policy at the federal level is strongly influencing the direction at the state level, although federal funding for these efforts has been inadequate.

States have also been focusing on integrating mental health treatment with addictions and primary care to comprehensively address multi-occurring conditions. As of 2009, 27 states combined the SMHA and the Single State Agency (SSA) for substance abuse into a single department or division, and several states have been developing collaborations with primary care.7

As the recession hit, SMHAs were also grappling with how mental health will fit into the Affordable Care Act (ACA). To the extent possible, SMHAs are working with state Medicaid agencies to maximize opportunities in the ACA to serve people better. But, there are also many unanswered questions surrounding how mental health will fit into minimum benefit packages, health information exchanges, and health information technology initiatives, if at all.

Throughout the country, overall state revenues and spending peaked in 2008 and sharply declined in fiscal years 2009 and 2010. This has caused governors and state budget officers to aggressively manage annual state budgets, including additional intermittent mid-year reductions in multiple states, which often leaves little room for thoughtful reforms in state government. Programs that rely heavily on state appropriations, such as Medicaid, education, and corrections, have experienced steep reductions during this recession.

Revenues and spending have been very slow to rebound and still have not reached pre-recession levels. According to the National Governors Association, total enacted general fund spending in fiscal 2012 is $20.7 billion, or 3.0%, less than the pre-recession high of $687.3 billion in fiscal 2008.8(pvii) State spending will continue to be challenged by Medicaid growth because of increasing enrollment as a result of the weak economy and expansion under the ACA and increasing costs of health care.8(p28) The temporary infusion of American Recovery and Reinvestment Act funds to states curbed even more drastic cuts, but as stimulus funds expire, sluggish state revenues are resulting in continued spending reductions.

Beginning in 2009, most SMHAs have been forced to make annual reductions in their budgets and are making every effort within their control to maintain funding for services that are consistent with current policy directions. However, when it comes to budget authority, SMHAs have been so marginalized in recent years in several states that budget reductions are often allocated to the SMHA or other relevant agency with little or no involvement of the mental health commissioner.

In fiscal year 2011, 81% of states participating in the annual NASMHPD fiscal survey reported budget reductions at a time when SMHAs were reporting increasing demand, particularly for community mental health and crisis services.1 Interestingly, budgets in some states with major Olmstead settlement agreements (eg, Georgia, Delaware, New Jersey) have fared better than other states.

In managing budget reductions, SMHAs have typically cut administrative functions and other non-direct service programs first. Several states reduced personnel costs through attrition, temporary furloughs, lay-offs, and early retirement programs.1 Along the progression of reductions, SMHAs also reduced non-direct services to community programs, such as training, advocacy, and legal services. Other strategies include limiting eligibility criteria to serve only those with the most severe mental illnesses, cutting state-funded services to the uninsured while preserving services for those with Medicaid coverage, and reducing lengths of stay in programs such as case management.

Several SMHAs closed or are in the process of closing state psychiatric hospitals, resulting in significant savings for states. This is consistent with current policy direction and offers the potential for consumers who no longer need hospitalization to live in the community. This is quite controversial, however, especially in states in which at least some savings are not being redirected to community programs to support service capacity. According to NASMHPD’s survey, 5 states have closed 6 psychiatric hospitals since 2009, with 5 more states considering additional closures. Twenty-five states have reduced the number of beds; of these, 19 were able to retain all or a portion of funds, meaning that none of the funds were redirected to community services in 6 states. A recent report by the National Alliance on Mental Illness suggests that a diminishing capacity of inpatient beds is insufficient to meet the demand.9

As indicated earlier, people with mental illness rely on services funded across a variety of governmental sectors that are vulnerable to budget cuts. NASMHPD’s $3.4 billion figure is likely underestimated, given that other services funded at the state level, such as vocational rehabilitation and transportation programs, and funds cut from county systems are not typically accounted for in state mental health budgets.

Like all other sectors of government, state mental health budgets will be slow to recover and will be shaped by current policy priorities and litigation mandates imposed in multiple states. Increasing demand for services will also strain the ability of SMHAs to provide a full continuum of services. Services that have a demonstrated evidence base and are cost-effective are the ones that will likely receive continued funding as the public mental health system re-shapes itself.

One outcome of the recession is the intensified use of managed care strategies in mental health and addictions. This is largely a result of the need to manage dollars as effectively as possible and the need to advance effective integration strategies with primary health care. State bureaucracy will also shrink, with many functions assumed by managed care. States will need to find a balance regarding what responsibilities can be contracted out, performed in-house, or abandoned without jeopardizing consumers and taxpayer interests.

Another is the focus on community integration and the desire to invest in more cost-effective strategies. Consequently, states will continue the trend away from institutionally based care and invest in integrated, community-based alternatives. State government, however, must ensure that institutional savings are not simply used to fill deficits elsewhere and cannot neglect its responsibility to support safety net services.

US Department of Health and Human Services.

Mental Health: A Report of the Surgeon General-Executive Summary