The Molecular Biology of Weight Loss: An Unexpected Linkage Between 2 Molecules

This article outline a previously undescribed mechanism for understanding the molecular relationships between the hypothalamus and high-fat diets. Do they also hint at the creation of a fat pill? 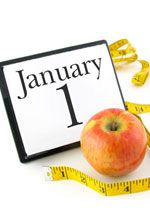 By the time you read this, most of your patients will have made and broken their New Year’s resolutions many times over, and the reason is well known, mostly because of its subject: weight loss. More than 85% vow to make lifestyle changes, many of these involving a commitment to lose weight. Even though creating a resolution has been shown to be the most potent strategy for losing weight, many still fail. “If they could only make a fat pill!” is a cry heard around the New Year from many overweight Americans-estimated to be two-thirds of the current population.

They are not about to get their pharmacological wish, unfortunately, for we are nowhere near making a medication guaranteed to melt off the pounds. Yet there is every reason to be optimistic that one might eventually become available.

Here I discuss a promising finding: the discovery of a mechanism that makes mammals resistant to weight gain even in the face of a high-fat diet. To understand this progress, we will unsurprisingly review some basic biology of the hypothalamus and discuss the interactions of 2 very interesting molecules-a protein called synaptotagmin 4 (Syt4) and perhaps the world’s most famous nonapeptide, oxytocin. Feel free to skip to the section “The data” if the paraventricular hypothalamus and calcium-independent presynaptic vesicle fusion are working parts of your vocabulary.

A review: the hypothalamus and 2 molecules

As you know, the hypothalamus is involved in the regulation of body weight. Specific collections of neurons within this multitalented region are host to a bewildering number of metabolic feedback loops, mediating their effects on our weight maintenance through the release of specific neurotransmitters. These appetite-specific regions include the paraventricular hypothalamus and the supraoptic nucleus, both of which secrete oxytocin.

Oxytocin has received a lot of press over the years, garnering popular attention because of its involvement in social cognition. It has been shown to mediate feelings of trust in mammals ranging from voles to newlyweds. But oxytocin is also involved in uterine contractions for birthing mothers (the drug pitocin is a synthetic form of oxytocin) and in the let-down reflex for nursing ones. This famous molecule triggered the 1955 Nobel prize in chemistry for Vincent du Vigneaud.

In recent years, this versatile polypeptide has been implicated in obesity, at least in mouse models. The key finding is that a reduction in expression of oxytocin leads to fat animals. The mechanism involves a feedback projection, mostly from the paraventricular hypothalamus back to the hindbrain. This is a big deal because this neural highway is involved in meal size regulation. Even more recently, the neurons that secrete oxytocin have also been shown to express an enzyme made from a variant of a gene called FTO. First isolated by a group of researchers interested in type 2 diabetes mellitus, this variant has been positively correlated with human obesity. People with 2 copies of this allele have almost a 2-fold higher rate of obesity than those who do not.

Another molecule we need to review is Syt4. To describe the function of this protein in obesity, we need to briefly review the secretory mechanisms that lead to neurotransmitter release, a process in which the synaptotagmin family of molecules is deeply enmeshed.

As you may know, neurotransmitters are stored in grease-lined vesicles, localized to 2 places in presynaptic neurons. Some are in the so-called active zones, close to the cell membrane, where release will eventually occur. Many are stored immediately behind these zones, held in place by a protein scaffolding whose components are collectively called vesicle-associated membrane proteins.

Syt4 is one member of a family of synaptotagmin proteins, but it is the black sheep of the clan. Syt4 can-not sense calcium and, as a result, down-regulates synaptic release of neurotransmitters. This inhibitory function will prove to be an important component in our obesity story (more on that in a minute).

More review: a tale of 2 technologies

To understand the obesity data, we need to review not only the molecules but also how they were used in the lab. The first has to do with an old and well-established genetic engineering protocol known as “knock-out” technology. Without getting bogged down in the details, it is possible to create laboratory animals (mice) that are perfectly normal in every way except one: a specific gene has been knocked-out of their chromosomal complement. Assuming the animals can survive without the gene, the DNA’s function may be inferred simply by examining any anomaly the animal presents. It is possible to create animals with either one or both genes missing. In our story, both copies of Syt4 have been knocked out, creating an animal termed “syt4−/syt4−.”

The second bit of technology involves another review of your basic molecular biology coursework. You recall that most genes have an on/off switch. This switch, just a specialized patch of DNA (usually at the head of the gene) is called a promoter. If you want to express oxytocin, you will need to turn on the oxytocin promoter, and if you want to express Syt4, you will need to turn on Syt4s. If you want to turn on Syt4 using signals that normally incite oxyto-cin expression, you will need to do some swapping. Simply stitching the promoter of oxytocin onto the structural gene of Syt4, then introducing this modified gene into whatever cell that interests you, will do the trick. The insertion is often done by loading up the hybrid construct onto a virus, then allowing the virus to infect the cell. The signals that nor­mally drive oxytocin expression may also drive Syt4. (See the Figure for further details.)

With these background comments in mind, we are ready to discuss the findings. There are 5 observations that make up the bulk of the work.1

Observation 1: first clues. This story starts on an associative hint: researchers noticed that specific hypothalamic neurons were chock full of Syt4 proteins in wild-type animals, and they had some pretty elite special company. Syt4 was colocalized exclusively with neurons that express oxytocin. This expression profile was so specific (eg, Syt4 was not expressed in neighboring neurons expressing oxytocin-associated molecules such as vasopressin) and the role of oxytocin in weight gain was so well established that it was tempting to investigate the role of Syt4 in obesity. Fortunately for our story, the researchers yielded to the temptation.

Observation 2: functional clues part 1. But does this association mean anything functionally? The simplest experiment in obesity research is to feed mice a high-fat diet, then see what happens to their brains. That’s exactly what the researchers did. They looked for changes in Syt4 expression patterns in the presence of such caloric exposure in those oxytocin-hypothalamic cells-and hit pay dirt. Syt4 was indeed elevated in the mouse hypothalamus with the introduction of the enriched food.

Observation 3: functional clues part 2. What if the mice did not have Syt4? Would that make them fat-resistant? The researchers next created syt4−/syt4−knockout animals. These animals were then fed the high-fat diet that makes most mice obese. The researchers hit pay dirt again, and with a negative result. These animals did not become obese when fed the high-fat diet. They were, in fact, completely protected! Indeed, it appeared that Syt4 played an important role in the ability of enriched food to make animals fat.

Observation 4: role of oxytocin part 1. What about that pesky oxytocin? Using the promoter-swap technology, the researchers made a Syt4 structural gene with an oxytocin promoter. This had the effect of rendering the gene sensitive to oxytocin signals, over-expressing Syt4. The investigators then used a virus to deliver the construct to oxytocin neurons in the knockout animals and unengineered controls. Regardless of the genetic background, over-expression of Syt4 led to body weight gain. The researchers could reverse the protective effects of the syt4−/syt4−animals. In fact, they could turn the effect on and off like a lightbulb.

Was the “normal” job of Syt4 to prevent oxytocin release? Given its natural (although unusual) inhibitory role, that would make a great deal of sense. Through another complex series of experiments, that is exactly what the researchers found. Syt4’s day job may be to prevent oxytocin release in the hypothalamus. Perhaps that is one reason why the 2 molecules are colocalized. To show this in a most elegant fashion, the researchers gave the knockout animals a drug that can block the action of oxytocin (a receptor antagonist). To the researchers’ delight, the protective effect vanished. These knockout animals gained weight when fed a high-fat diet.

The finding is quite clear: Syt4 is profoundly involved in the mechanisms that control high-fat–mediated obesity. It does so by regulating the release of oxytocin.

These data outline a previously undescribed mechanism for understanding the molecular relationships between the hypothalamus and high-fat diets. Do they also hint at the creation of a “fat pill”? If you could inhibit the expression of Syt4 pharmacologically, would you make people resistant to the obesogenic effects of a high-fat diet? Might they then, quite literally, have their cake and eat it too? They could consume all the fat they wanted and not get obese!

The consummation of that fantasy is clearly a long way off, given these data. The usual caveats and cautions with which readers of this column are familiar apply. They range from “there needs to be a lot more work in these animals” to “mice aren’t humans.” The point is simply to demonstrate that with a powerful com­bination of techniques, we are dramatically increasing our understanding of the molecular relationship between diet and obesity. I have no doubt that a “fat pill” will eventually be created, perhaps on the basis of this mechanism.

To be frank, however, I am not sure that everybody will need it. We already know how to keep people from being fat. They just have to keep their New Year’s resolutions.