During my career-initially as a caddy and now as a psychiatry resident-I’ve had the immense privilege of listening to the stories of others. Here's one of those stories. 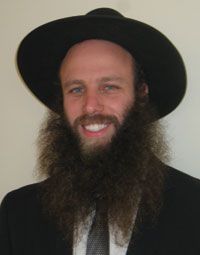 Perhaps I was being narcissistic to think that Mr L, owner of the country club, would remember a lowly caddy. And yet I was still nervous that he might recognize me beneath my new disguise as a psychiatrist on the inpatient unit where he was now a patient.

Perhaps I was frightened that he might see right through my ID badge and yell at me for retrieving the wrong putter? Didn’t I remember who he was? Perhaps I was so habituated to the humiliation of handing him the incorrect club that there was no way that I could fathom having the knowledge to formulate a proper treatment plan. But the reality was that Mr L was here, suffering, and in need of compassionate and competent psychiatric care.

The dilemma was that I happened to be the only doctor in house, unable to dodge our inevitable interaction. Mr L was previously a real estate powerhouse, a veritable Goliath in his personal life, who shook the ground when he walked up the fairway whistling marching tunes he recalled from his decorated military career. Try as I might, I couldn’t imagine Mr L in need of a sophisticated psychiatric evaluation and treatment plan; I could only picture him glowering over me as I replaced his divots. But there was no alternative to the caddy-turned-physician that Mr L now required. I went to see my patient to render the effective, empathic care I had been trained to provide for all my patients. Fortunately for both of us, I was now taller and balder and had more facial hair, and I was thus unrecognizable to Mr L through his cataracts and the cloudy lens of time.

Of course I felt obligated to discuss this predicament with my supervisor, who was able to share a similar story of a time when he was the lone doctor on an inpatient unit. He had encountered a hockey coach from his youth who was clearly suffering and in need of treatment. It became clear that he had been as distressed as I was now about having to care for an individual who invoked such distinct memories and transferential feelings. Perhaps just as salient was the overpowering fear we also shared during this experience-a fear of our own vulnerabilities that had been exposed in witnessing the very human imperfections of our fellow human beings.

This awkward patient-psychiatrist interaction had led my supervisor to a conclusion: if he could ever help it, he would do his best to refer any familiar patient to a colleague-respectfully avoiding any problematic boundary issues as well as any potential threats to objectivity in the care of the patient. Yet sometimes these situations arise unavoidably, especially in smaller towns or areas in which there are fewer psychiatrists. One may simply find oneself face-to-face with the uncomfortable fact that he or she is the only psychiatrist available . . . the only one there to carry out the pledge to do no harm and to relieve suffering.

During my career-initially as a caddy and now as a psychiatry resident-I’ve had the immense privilege of listening to the stories of others. Here was a story and a lesson I was sure to keep in my golf bag: be it a hockey coach or a real estate magnate, we all have vulnerabilities to psychiatric illness. Anyone can become buried in a sand trap and have the urge to throw his clubs in defeat. It’s up to us to learn from these lessons, aim for the green, and play the ball as it lies.

Articles in this issue
How American Psychiatry Can Save Itself: Part 1
The Impact of the Economic Downturn on Public Mental Health Systems
Refeeding Regimens for Anorexia Challenged
Appropriate Diagnosis of Mild Cognitive Impairment: Just What Is “Normal”?
The Physics of Flight
Elimination of Psych Services at Cedars-Sinai Could Foreshadow Similar Cutbacks Elsewhere
Suicidal Behavior in Children and Adolescents
The Molecular Biology of Weight Loss: An Unexpected Linkage Between 2 Molecules
A Caddy’s Quandary
Psychoeducational Resources
An Evidence-Based Practice of Psychoeducation for Schizophrenia
Recovery-Based Services and Education Resources
Peer Specialists as Educators for Recovery-Based Systems Transformation
Must Mental Illness Be Uncommon?
Related Content