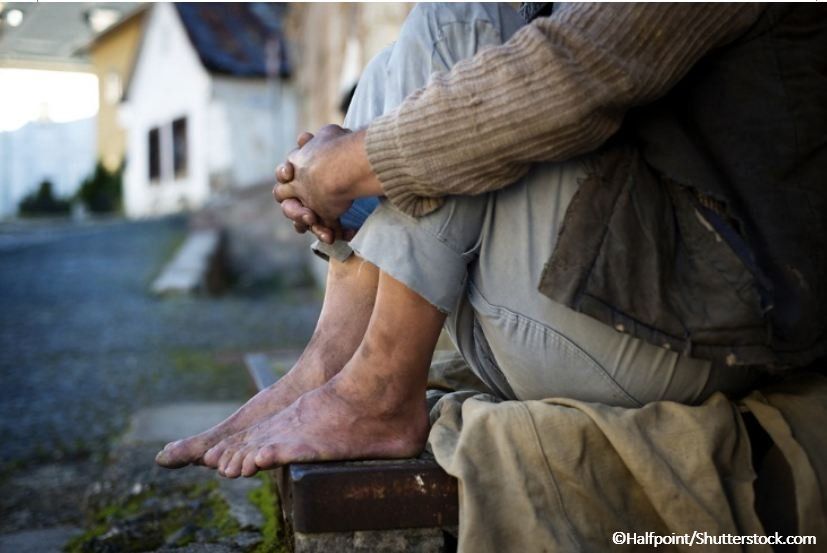 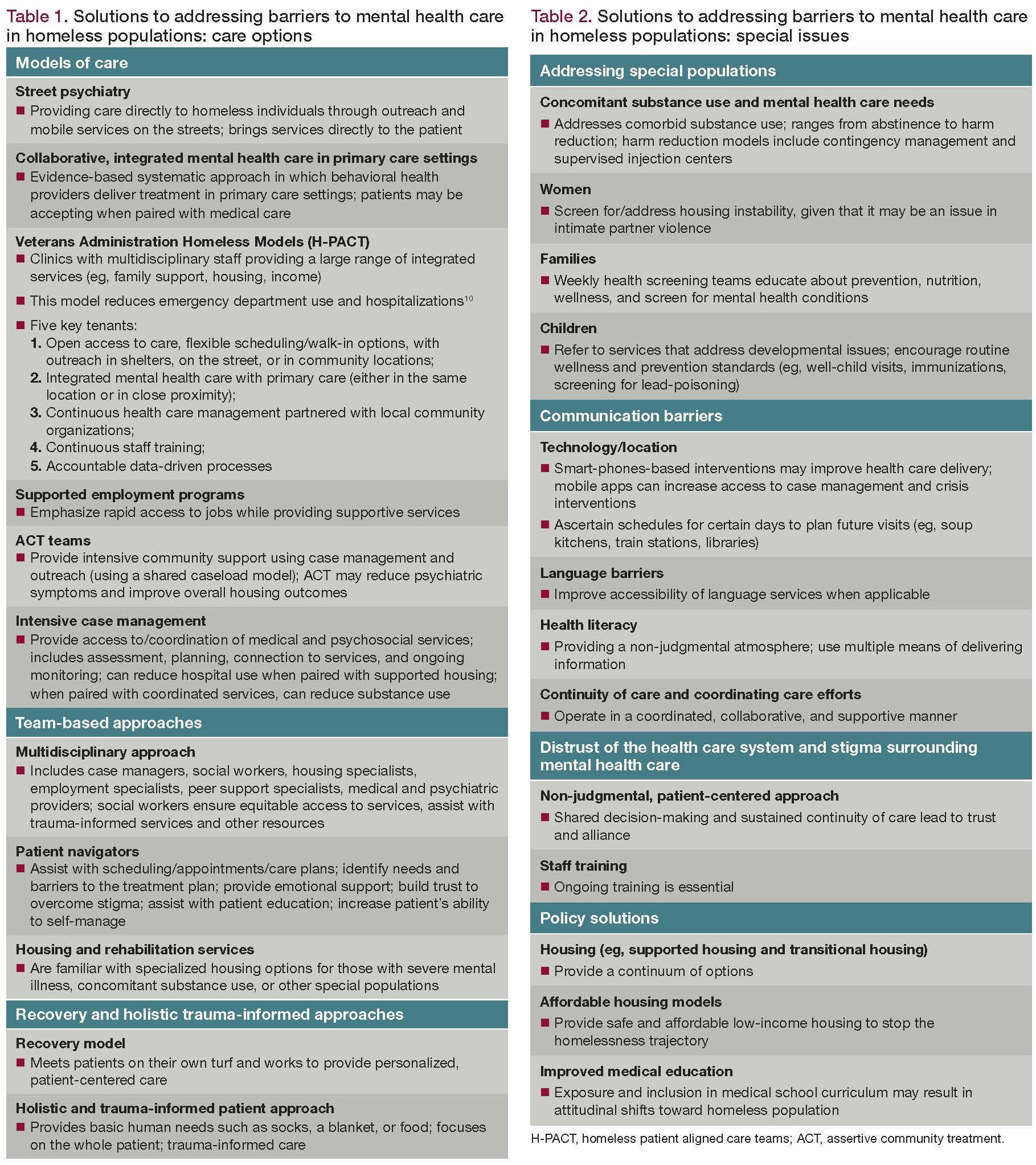 Table 1 and 2. Solutions to addressing barriers to mental health care in homeless populations

There is clearly a link between psychiatric disorders and homelessness; disentangling the nature of this relationship is complicated. Regardless of mental health status, people who are homeless generally have a history marked by poverty and social disadvantage, including considerable poverty in childhood and lower levels of education, and they are likely to belong to an ethnic minority.2 Mental illness had preceded homelessness in about two-thirds of the cases.

Homelessness in turn has been associated with poorer mental health outcomes and may trigger or exacerbate certain types of disorders. For example, findings indicate that homelessness is related to higher levels of psychiatric distress and lower perceived levels of recovery from serious mental illness.3

Impact of homelessness on premature morbidity

Homelessness is associated with substantially increased morbidity and mortality from many causes including infectious diseases, cardiovascular disease, cancer, unintentional injury, suicide, homicide, and substance use. The unsheltered homeless have an even greater burden, with higher mortality than sheltered homeless. Among a large group of homeless adults in Boston, disparities in deaths attributed to tobacco, alcohol, and drug use accounted for almost 60% of the mortality gap between homeless adults and the general population.4

When thinking about challenges to accessing care, it is critical to understand the heterogeneous nature of homelessness. The structures of support and oppression for each individual may vary significantly based on the surrounding community and resources.

Fundamental basic needs. A qualitative study highlighted the basic human needs that often take priority over seeking psychiatric care.8 Access to adequate nutrition, water, shelter, and protection from the elements are the reality homeless individuals encounter daily, and these issues take priority over psychiatric needs, which are often not addressed until a crisis occurs.

The effects of illness. Having mental health care needs itself may be a barrier to accessing psychiatric care. Motivation to make and attend appointments may be low if an individual is suffering from depression, amotivation, anhedonia, anxiety, paranoia, hypervigilance, history of trauma, substance use, or negative past experiences with the health care system related to mental illness. Moreover, homeless people may have experienced greater trauma, have traumatic brain injuries, and cognitive impairment-all of which may affect interactions with the health care system and health literacy.

Similarly, comorbid medical illness may be a barrier, as these needs may take priority over psychiatric care. Many homeless people have medical issues such as diabetes, hypertension, tuberculosis, and ischemic heart disease. These needs often necessitate resources such as intensive case management and assertive outreach to maintain treatment.

Transportation. Homeless individuals often lack adequate transportation; consequently they are unable to do the necessary tasks involved in care-getting laboratory work completed, picking up medications, and getting to mental health appointments. Public transportation may not always be a solution, as it often requires multiple transfers, can be unreliable and, in some areas, may be limited or may not exist. Most significantly, homeless individuals may lack the resources to pay for fares.

Cost of care. For persons who are homeless, small expenses can be a significant barrier to accessing mental health care. Moreover, they may not be cognizant of resources available to them through Medicaid or the Affordable Care Act.

Communication. Although some homeless adults and youth have access to cell phones, there is higher turnover of both phones and phone numbers, which can pose a barrier to consistent communication. Keeping a cell phone charged is a challenge for those without reliable access to electricity. Similarly, with lower internet use, homeless people are likely to have less access to important information, including care and resources. Language barriers may also affect access to care, particularly in limited resource settings.

Stigma and vulnerability. Stigma and discrimination continue against homeless individuals who also have mental health conditions. Setting health care goals may feel unattainable when pressing issues like basic survival are more salient. Homeless people with mental illness are also highly vulnerable to violence, with a reported lifetime incidence of 74% to 87% of violence being perpetrated against them.9 Psychiatric care may include prescribed psychotropics that affect alertness and pose a danger for someone who is at increased risk for victimization and violence. Furthermore, those who have a history with the legal system, reintegrating into society, parole, or strained finances may further impact their ability to acquire care.

Briefly, solutions to the problem of homelessness include finding and implementing innovative models of care such as street psychiatry, integrated primary care, and mental health care models; Veterans Administration Homeless Models (Homeless Patient Aligned Care Teams H-PACT); and utilizing allies in the housing and rehabilitation services domains to find specialized housing opportunities. Taking a team-based approach is essential, as the mental health care needs of homeless people are often complex and include many aspects of the social determinants of health. Multidisciplinary teams often include case managers, social workers, housing specialists, and vocational specialists. Medical students can also play an integral part in providing mental health care for homeless persons. (For a full and detailed list of potential solutions, please see Table 1 and Table 2.)

Recovery models and holistic, patient-centered, trauma-informed care are important as perceived discrimination, stigma, and distrust may be present. Communication barriers must also be addressed. This includes the advance development of plans regarding communications and finding creative ways to address potential barriers. Solutions should be tailored to fit the individual needs of the patient, including special needs that may occur around patients with dual diagnoses, women, families, and children. Although beyond the scope of this article, effective public policy can play a role in reducing homelessness.

Dr Balasuriya is a Medical Resident and Dr Buelt is an Instructor, Department of Psychiatry, Yale University School of Medicine, New Haven, CT; Dr Tsai is Campus Dean and Professor, School of Public Health, University of Texas Health Science Center, Houston, TX. The authors report no conflicts of interest concerning the subject matter of this article.

8. Paudyal V, MacLure K, Buchanan C, et al. “When you are homeless, you are not thinking about your medication, but your food, shelter or heat for the night”: behavioural determinants of homeless patients’ adherence to prescribed medicines. Public Health. 2017;148:1-8.