What Leonard Cohen Can Teach Us About Depression

A recent study shows that meditative practice is surprisingly effective for bipolar depression. The late poet helps explain why. 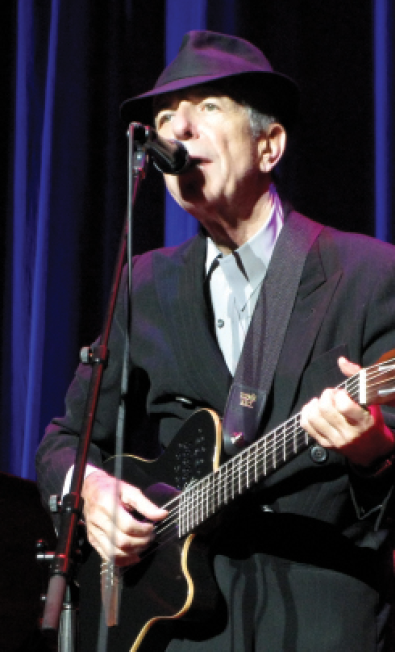 Leonard Cohen had a problem, and the medications weren’t solving it. “I've taken a lot of Prozac, Paxil, Wellbutrin, Effexor, Ritalin, Focalin. I’ve also studied deeply in the philosophies of the religions, but cheerfulness kept breaking through.”

The “cheerfulness” Cohen complained of was a wry euphemism for something darker. The poet, novelist, and songwriter had “dealt with depression ever since my adolescence. . . Moving into some periods, which were debilitating, when I found it hard to get off the couch, to periods when I was fully operative, but the background noise of anguish still prevailed.”

By his mid-60s Cohen had been through several hospitalizations and tried tricyclics, MAOIs, second generation antidepressants, and anticonvulsants without success. Despite releasing one of the most successful albums of his career, The Future, he found himself “really, really low, on many medications . . . I pulled my car over to the side of the road. I took out all the medication and threw it out the window.”

A few years later the depression lifted, and, by Cohen’s report, it did not return. Depression is overdetermined, to borrow Freud’s phrase, and its resolution is equally mysterious. But a new study sheds light on some of the forces that may have been at play in Cohen’s recovery.

Cohen’s depression had reached “a certain unendurable point” in 1994. He retreated from public life and joined a Buddhist monastery, where he was later ordained as a monk. There he learned to shift his focus away from the “loyalty and the tyranny” of his inner thoughts-the self-focused, ruminative kind that come with depression.

Rumination is a repetitive pattern of thought that plagues many patients with depression. It is also a strong predictor of depressive relapse. Rumination is problem solving gone awry, brooding over unresolvable conflicts and questions that can’t be answered. “Why am I such a loser . . . When will this end . . . What do people really think of me . . . What is the point?” Rumination arises from the brain’s default mode network, which engages in thoughts about the self, the future, and the social world.1 The default mode is activated when we’re bored, uncomfortable, or lonely. For people who are prone to depression, the slightest trigger will turn it on.

Yet there is a brighter side to the dark imaginations of the default mode. When not conjuring foreboding possibilities, it can dream up creative solutions and inspire great art. That might explain why so many creative thinkers have strong ruminative tendencies.2 That dogged style of thought also lends itself to the persistence that is necessary to create great works. As Cohen described it, songwriting was an act of drudgery where “you’re not doing anything else but trying to find the rhyme for ‘orange.’ It doesn’t exist. Some people say it’s ‘door hinge,’ but that’s not right.”

Buddhism did not answer Cohen’s ruminative questions. In his words, it simply “dissolved them.” Psychologists call this metacognitive awareness. It is the ability to see one’s thoughts objectively, with some detachment, and it is a strong predictor of sustained remission from depression.3 It is also a key ingredient in mindfulness, which is derived from the kind of Buddhist practice that Cohen pursued.

Twenty years after Cohen’s recovery, a remarkable study came out of Mumbai, the same Indian city where Cohen broke free from his depression.4 It was a controlled trial of Buddhist meditation for bipolar II depression. By psychotherapy standards, the study was huge, with 622 patients. Half were randomized to cognitive behavioral therapy, and the other half underwent training in meditation. The study lasted 2 years, during which the meditation group was advised to follow a simple 30-minute practice once a week (see Sidebar). That is correct-only 30 minutes per week. The teaching was also low intensity: 5 to 10 two-hour sessions interspersed throughout the 2-year study.

The secret may lie in the 2-year duration. That is how long it took Leonard Cohen’s mood to lift “by imperceptible degrees” while he studied meditation in Mumbai. Other behavior changes, like exercise and social rhythm therapy, also show more robust effects when allowed to build for 6 to 12 months. The challenge is to help patients stay motivated through those imperceptible degrees of progress.

This article was originally posted on March 26, 2020, and has since been updated. -Ed

Dr Aiken is the Mood Disorders Section Editor for Psychiatric Times, the Editor in Chief of The Carlat Psychiatry Report, and the Director of the Mood Treatment Center. He has written several books on mood disorders, most recently The Depression and Bipolar Workbook. He can be heard in the weekly Carlat Psychiatry podcast with his co-host Kellie Newsome, PMH-NP. Dr Aiken does not accept honoraria from pharmaceutical companies but receives royalties from PESI for The Depression and Bipolar Workbook and from WW Norton & Co for Bipolar, Not So Much.