What the nose knows in patients with schizophrenia. 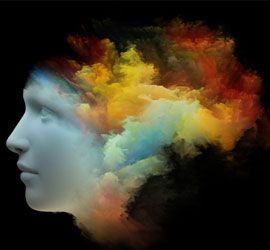 RESEARCH UPDATE
The olfactory system is vulnerable to disruption during forebrain development. Consistent with the neurodevelopmental hypothesis, there is evidence for impaired olfactory function in schizophrenia, particularly deficits in odor identification ability.1 Odor identification deficits are also associated with greater negative symptoms and anhedonia.2 Other studies in schizophrenia have found decreased odor detection level sensitivity for lyral (which has a low intracellular cyclic adenosine monophosphate [cAMP] response), but not for citralva (which has a high adenylyl cyclase response).3Study designKamath and colleagues4 investigated deficits in odor identification, discrimination, and detection threshold in newly diagnosed patients with first-episode non-affective and affective psychoses and controls, and their relationship to symptoms and anhedonia. Ninety-seven subjects with first-episode psychosis ([FEP]; onset within 24 months of the study) and 98 healthy controls aged 13 to 35 years were recruited at the Johns Hopkins Schizophrenia Center. Diagnosis was established with either the Diagnostic Interview for Genetic Studies or the Structured Clinical Interview for DSM-IV. Exclusion criteria were history of head trauma, nasal trauma or surgery, neurologic disorder, cancer, viral infection, intellectual disability, pregnancy, use of anti-inflammatory medications, and substance use other than marijuana. Controls did not have a family history of schizophrenia-spectrum disorder.

Subjects were administered the Sniffin’ Sticks Odor Identification and Discrimination test. They were also administered 2 odor detection threshold tasks using lyral and citralva. Subjects were assessed with the Scales for the Assessment of Negative and Positive Symptoms (SANS and SAPS), the Physical Anhedonia Scale, the Temporal Experience of Pleasure Scale, and the Interpersonal Reactivity Index. Odor identification and discrimination were analyzed using multivariate analysis of covariance to compare (1) patients with FEP and controls, and (2) schizophrenia- and mood-associated psychosis. Sex-stratified post-hoc analyses were also performed.

Findings
The most common diagnoses in patients with FEP were schizophrenia (n = 52), schizoaffective disorder (n = 12), and bipolar (n = 19) and major depressive (n = 6) disorder with psychotic features. The mean subject age was 23. There were significantly more men, greater smoking, and less education in the FEP than in the control group.

The bottom line
This study found broad impairments in olfaction in newly diagnosed patients with non-affective (ie, schizophrenia and schizoaffective disorder), but not affective psychosis, after controlling for sex and current smoking. Furthermore, greater olfactory dysfunction was associated with greater negative symptoms and physical anhedonia, and lower anticipatory pleasure, particularly in subjects with non-affective psychosis. The authors note the relatively smaller number of subjects with mood-associated psychosis as a limitation of the analyses. In future studies, they will investigate the relationship between olfactory measures and neurocognition, neuroimaging, and molecular signatures obtained from olfactory neurons via nasal biopsy.