While many deaths due to opioid overdoses are accidental, there a growing body of evidence that some cases were intentional and that the presence of pain played a role in the decision to end life. 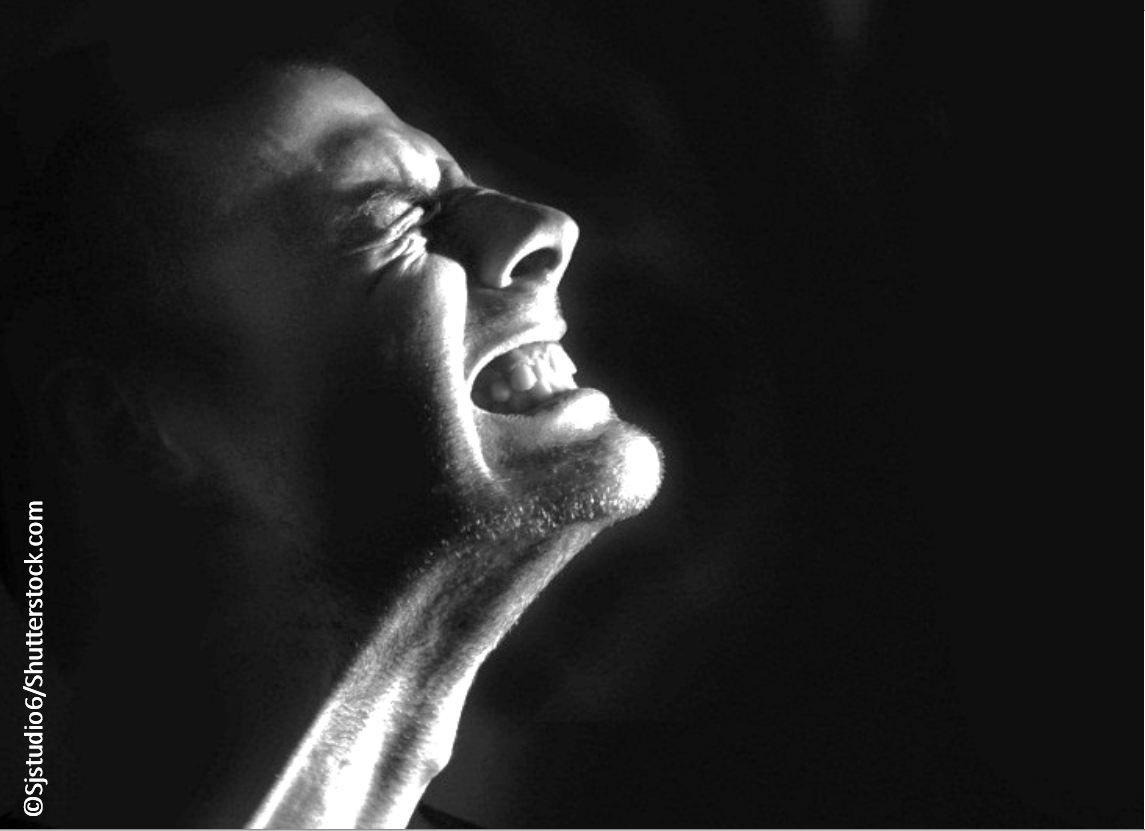 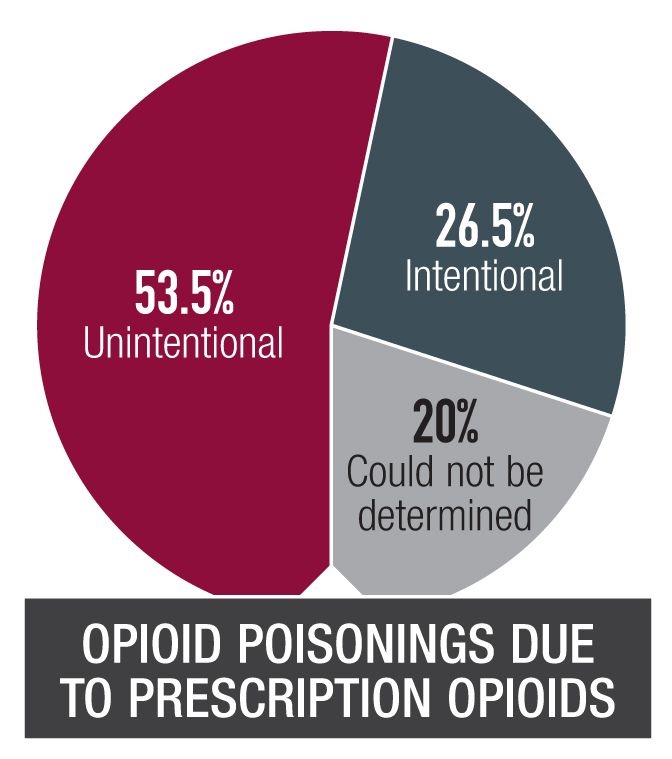 When we hear of deaths due to opioid overdoses, we usually think of them being accidental. There is a growing body of evidence, however, that in at least some cases, the overdoses were actually intentional and that the presence of pain may play a role in decisions to end lives via opioid overdoses.

A study of people who presented to emergency departments with opioid poisonings due to prescription opioids found that a little over half (53.5%) were unintentional, 26.5% were identified as being intentional, and for 20% it could not be determined whether the poisonings were in fact intentional.3

Based on my experience with patients who are in pain, intentionally taking a potential overdose of opioids is often not an attempt to end one’s life. There are patients who, in an attempt to seek relief when in severe pain, may ignore prescription directions and take higher doses than are prescribed. Others may, because of the opioid’s effect on cognition, lose track of how much they have taken and end up ingesting more than prescribed.

Multiple studies have demonstrated that there is a close association between chronic pain and depression and although it is commonly thought that it is always the former that leads to the latter, we know that pain is a common symptom of depression. Obviously, depression is a major risk factor for suicide and chronic pain seems to be one, too.

Although the relationship between pain, mental disorders, suicide, and opioids has, as yet, been the subject of limited research, a recent study that utilized data available from 18 states participating in the National Violent Death Reporting System provides what is probably the best information we have with regard to the relationship between these factors.4

The study examined suicides, defined as deaths resulting from the intentional use of force against oneself, between 2003 and 2014. Of 123,181 suicides, 10,789 (8.8%) had evidence of chronic pain with the most common conditions being back pain (22.65%), cancer (12.5%), and arthritis (7.9%). Just over half (51.7%) of those with chronic pain had a mental health problem. Of these, 81.9% had a diagnosis of depression. On average, suicides associated with chronic pain were more likely to occur in older people with the highest incidence among those aged 80 years or older.

With regard to other medications, one finding was of special importance. Of the suicides with a history of pain, 47.2% tested positive for benzodiazepines. We have known for years that benzodiazepines are generally contraindicated for persons with chronic pain as extended use can cause hyperalgesia where there is a lowering of the pain threshold and a resulting worsening of pain. Moreover, benzodiazepines are involved in more than 30% of opioid overdose deaths.5 Finally, because benzodiazepines can interfere with the analgesia provided by opioids, it is pointless to prescribe these two classes of drugs simultaneously, although many doctors still continue to do so.6

Anyone who has treated patients who have survived suicide is aware that the reasons for making these attempts are usually complex without any one factor being the cause. More than half (64.7%) of suicide notes left behind by those who have a history of pain indicate that a pain condition or the pain itself played a role in the decision to commit suicide.4 An especially interesting finding in the study was that although increases in the availability of prescription opioids and of the more-deadly illicit opioids have frequently been cited as major causes of the rising suicide rates in the US, the number of people with chronic pain who died by opioid overdoses remained approximately the same over the 12-year period studied.

An earlier study found that among patients with chronic pain, those taking higher doses of opioids were at greater risk of death by suicide, which suggests that this is another factor that needs to be considered in assessing suicide risk.7

One commonly reported concern about the risk for suicide is that it is likely to increase in patients with chronic pain who have been prescribed opioids that doctors have sought to discontinue. However, another recent study suggests that this may not be true.8 Utilizing data from the Department of Veteran Affairs, the study found that when long-term opioid therapy for chronic noncancer pain was discontinued, pain intensity during the 12 months after discontinuation on average did not increase and that in some patients there was a slight improvement in pain. The authors noted, however, that there is a great deal of individual variation with regard to changes in pain intensity after discontinuation so that every patient must be carefully monitored.

So how should we apply the results of these studies in clinical practice? First of all, because chronic pain appears to be a risk factor for suicide, it is incumbent upon clinicians to carefully and continually monitor their patients with chronic pain for suicidal ideation. Unfortunately, the treatment of pain in this country still falls primarily under the specialty of anesthesiology, the practitioners of which often have little training in identifying those at risk for suicide. This is one of many reasons why psychiatrists need to be more involved in the care of patients with chronic pain.

Second, prescription of opioids to patients with chronic pain may be providing them with a way to commit suicide. This is not a reason to deny opioids to patients who may benefit from them, but it is one more reason for all physicians to be very careful when prescribing opioids. Furthermore, if opioids are prescribed, physicians bear the responsibility of monitoring patients for suicidal ideation because they may be arming patients with a method to complete suicide.

Third, based on current research, we need not fear that discontinuation of opioids in patients with chronic pain will inevitably lead to worsening of the pain and thereby increase the risk that patients will turn to suicide.8

Of greatest importance, is the need to continue to improve the care patients with chronic pain receive. We know that many people with chronic pain never receive care close to anything recommended by published guidelines on the management of pain. The myth that opioids are always the most effective treatment for pain is still widespread not only among the general public but also among many physicians who prescribe these medications.

Accidental deaths from opioid overdoses may be difficult to prevent and in many cases the best we can do is to increase availability of opioid antagonists to reverse the effects of the drugs after they have been ingested. But, in those who commit suicide and especially those who do so who suffer from pain, there are many things health care professionals, and especially mental health care professionals, can and should be doing to prevent the overdoses from occurring in the first place.

Letter(s) to the editor >

LETTER TO THE EDITOR

I want to raise an issue with Dr. King's article Opioids, Suicide, Mental Disorders, and Pain. (Psychiatric Times Nov 2018 vol. XXXV. No. 11). In the article he makes the statement: "Finally, because benzodiazepines can interfere with the analgesia provided by opioids, it is pointless to prescribe these two classes of drugs simultaneously, although many doctors still continue to do so." The reference he gives for this is: Association between concurrent use of prescription opioids and benzodiazepines: retrospective analysis BMJ 2017; 356:j760.

Other RTCs that study benzodiazepines and analgesia yield mixed results with some finding that benzodiazepine reduce pain and none finding an interference with opioid analgesia. For a sampling see:

Much as I agree with Dr. King's overall position regarding the dangers of prescribing benzodiazepines and opioids concurrently, I am concerned about this apparent misrepresentation of the literature. Such misrepresentations of the literature were used to support the opinion that opioids were safe and non-addictive when prescribed for pain and contributed significantly to the current opioid crisis. If we are going to get out of this crisis effectively we must exercise extreme caution when making generalized statements from much more limited research findings.

Response from the author:

I thank Dr. Arpaia for his letter. However, I disagree with his view regarding the potential effects of benzodiazepines on the analgesic effects of opioids especially for patients with chronic pain.

First, of all, as he notes, I said "benzodiazepines can interfere with the analgesic effects of opioids."  I have yet to read anything that contradicts this statement and I still stand by its accuracy.

With regard to the articles he cites, virtually all deal with acute pain including perioperative pain and there is little question that both classes of drugs are commonly used for these patients and, as far as I'm aware, there aren't any guidelines recommending the combination not be used for them.  It is quite possible the sedating effects of the benzodiazepines are beneficial in these situation.  However, I doubt many readers of Psychiatric Times, for whom I was writing, are involved in the management of such patients.

With regard to chronic pain, everything I have read contraindicates the use of the benzodiazepine-opioid combination and the potential reduction of analgesia is one of the reasons.

5. Gressler LE, Martin BC, Hudson TJ, et al. Relationship between concomitant benzodiazepine-opioid use and adverse outcomes among US veterans. Pain. 2018;159:451-459.