Of Personas and Perfection—and Physician Suicide

As typically happens in the aftermath of suicide—years or even decades later—we wonder what we could have said or should have seen. 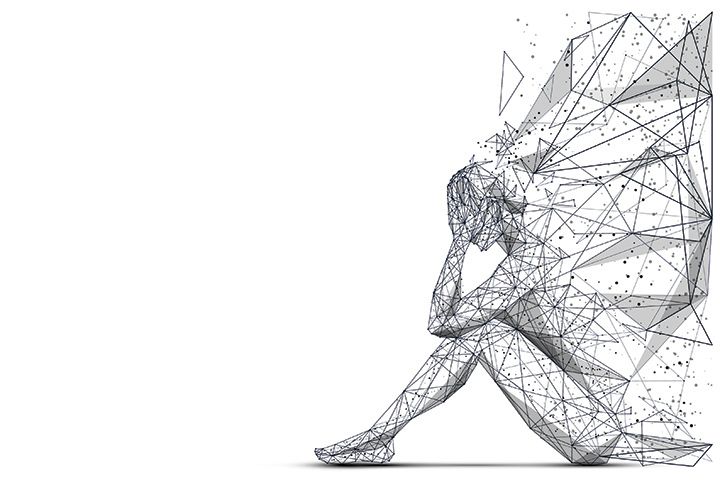 The reflection of her face in the mirror has faded from memory, although I often recall the red yarn that held her hair away from her face. The red hue was impossible to ignore.

I cannot remember her name and would never recognize her facial features if I saw her again—which I would not and could not. All I see in my mind’s eye is a static image, like a cut-out paper doll that never changes, forever fossilized in time.

She tied the yarn loosely behind her head, in tune with the fashion dictates of the day. It was not the yarn that grandmothers used to knit sweaters or socks—this yarn was made from many twines. That yarn became a bow, with loose ends trailing down, but not too far down. The yarn turned a low-slung 1950s-era ponytail into a professional woman’s fashion statement. It was worlds away from the high-perched ponytails of bubble gum-chewing bobbysoxers of yesteryear. This ponytail was perfect, without a hair out of place. According to the male chief resident, who reminded me to mirror this same woman whom I saw in the mirror, that was the way female physicians should dress—or so he said.

Loose locks left over from the free-wheeling 1960s, when women wore flowers in their hair, San Francisco-style, were discouraged, if not disdained. The only thing worse, that same senior resident mused, was a Jewfro, which was too ethnic for poker-faced psychoanalytically trained psychiatrists. Yet tight hair buns were too severe; psychiatrists-in-training were expected to project some empathy—but not enough to break tight boundaries.

The woman in the mirror was a senior resident, about to complete her program at a time when American women were still relatively rare in medicine. A few outstanding female physicians had made inroads in psychiatry. This young woman was also said to be outstanding, or so I was told—but not by her, for she never said a word.

More than once, I calculated how much time she devoted to perfecting her appearance, since she always seemed to be standing in the same place, like a mannequin, whenever I entered the anteroom to the restroom. She never spoke and never even turned her head; she merely nodded as she looked me in the eye, via that ever-present intermediary: the mirror. And I nodded back, too intimidated to start a conversation with a senior resident and one, at that, who was identified as “perfect.”

A short grosgrain ribbon encircled her collar and crisscrossed above the top button, somewhat like a man’s necktie, but feminized, as per the dictates of the day. In another era, that part of her “uniform” would have screamed Catholic school girl, especially if accompanied by a plaid skirt. But in this era it said “professional woman’s apparel,” which evolved into a uniform of its own. In hindsight, that picture-perfect ribbon that wrapped around her neck, like a noose, foreshadowed events to come.

There was something film noir-ish about this silent reflection, but film noir was not on my radar yet. Yet film noir was intimately linked to psychoanalysis, with Freudian-informed dream scenes and psychoanalytic-style voiceovers that simulated internal monologues or unconscious ideas. Voiceovers—rather than direct dialogue—narrated acts from the past or expressed unspoken thoughts in the present. Yet, there were no sounds in our superficial exchanges, no conversation at all. To this day, I wonder what that voiceover might have said or what she herself was thinking, had she chosen to speak. And I wonder if I should have spoken first.

For now, what I do know is that she died by her own hand, hanging herself some months later, shortly before finishing residency. As typically happens in the aftermath of suicide—years or even decades later—we wonder what we could have said or should have seen. Perhaps tears had been streaming down her face, carefully concealed by makeup before modeling in the mirror.

Apparently, no one saw this coming, for surely someone in charge might have said something or done something. I can say nothing with certainty, save for the fact that a Jungian term, persona, and not a Freudian concept, best explains the indelible impression she made on me back then and decades later.

The reasons behind her suicide remain as mysterious as her reflection in the mirror. I first heard of the tragedy through a billing clerk, who dashed about frantically, checking on the residents’ well-being, and looking relieved whenever she saw someone alive. It was she who said that a young female resident had died, whose name was still unknown. The concept of copycat suicides had not been coined, but this middle-aged, motherly woman intuited this possibility. Other information arrived via rumor only. Post-suicide debriefings were not part of the protocol back then, although they are now standard when residents or medical students take their lives. The chief resident—the one who anointed her as the chosen one, the one to be emulated, for she was perfect in appearance—never said another word.

Perfection is one trait that is most closely linked with depression. Perfectionists are always operating at a deficit, because it is impossible to be perfect. The unquenchable need to be perfect at all costs and under all circumstances has been loosely linked to suicides in general and to physician suicides as well.

Physician suicides have been on the radar for decades, if not for centuries, but these tragic events are attracting even more attention today. More and more doctors complain about burnout and many chose early retirement, even in the face of physician shortages. Statistics show that half of all physician suicides occur suddenly, without warning.

Today’s buzzword is burnout—perhaps to soften the fear of impending suicide and perhaps to prevent the worst consequences. There are many reasons for physician burnout, including among other factors, dissatisfaction with unwieldy electronic health records, loss of professional autonomy in the face of managed care, overwhelming medical school loans, declining prestige or power in society, and stigma associated with seeking psychiatric help. Age-old scourges of drugs and alcohol may also be involved; although doctors are no more likely to develop alcohol problems than non-doctors, they can access lethal drugs more easily.1

The numbers are striking, yet most suspect that the rates of doctor suicides are underestimated and that many unexplained deaths are not recorded as suicides. Between 300 and 400 physician suicides occur each year. To put it differently, about one doctor dies by their own hand every day. The size of an entire medical school class completes suicide every year. Male physicians have twice the risk for suicide as men in the general population, even though they care for their medical health better than average, with lower rates of smoking, cardiovascular disease, or cancer. Suicides by female physicians approximate the number of male physician suicides but, because women overall are half as likely to complete suicide as men, the comparisons between rates of suicides of female physicians and rates among female members of the general population is glaring. Female physicians are 4 times as likely to die from suicide as women who are not physicians. (Computing the statistics gets confusing, but it is worth doing.)

What does this say about this unnamed resident whose reflection I saw in the mirror? That her untimely death was consistent with statistics? Yes, but no. She was in a program that mandated personal analysis, which may or may not have been helpful, so we cannot blame stigma for avoiding psychiatric treatment. What can we blame, if anything at all? Perhaps nothing, or perhaps our own refusal to see past the mask and to admit that outward perfection is not necessarily perfect.

What I can say with near certainty is that I never saw her personal reflection in the mirror. I saw only the reflection of her persona, the theatrical mask presented to the public used to conceal the inner anima or soul or authentic being. Jung borrowed this term from Greek theater, where masks established an actor’s fictional identity on stage. Thousands of years later, this word remains relevant.

Perhaps this persona also hid an unexpressed and unacceptable shadow side, to use Jung’s vocabulary. As per Jung (and I have no proof that he was even remotely correct), each of us has a shadow side, which we must confront and eventually reconcile. Yet it is probably extra difficult for people who must be perfect to come to terms with such imperfections.

What can we learn from this sad story, other than the fact that perfect poses may be nothing more than poses and that the poseur may be enduring greater distress than is apparent to the untutored eye? Perhaps this vignette can remind us of the need to pay even closer attention to those who appear perfect—and to avoid imposing demands for perfection at every step along the way.3,4 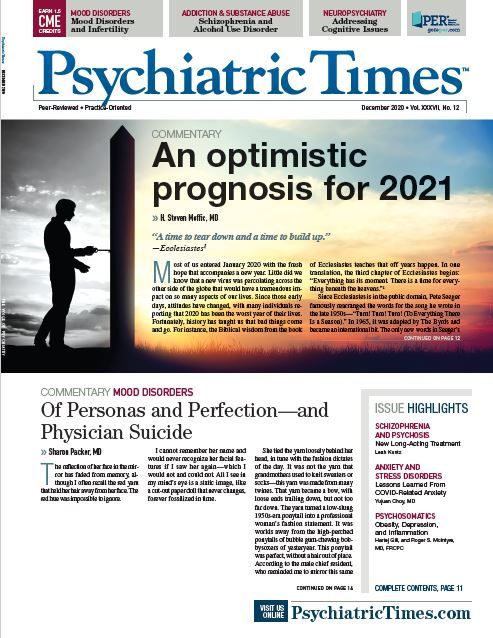