Psychiatrists Must Prevent Suicide, Not Provide It

The current Tree of Medicine is rooted in its Hippocratic soil. There are moral absolutes that our profession should stand up for, in spite of legislative or popular pressure, say the authors. 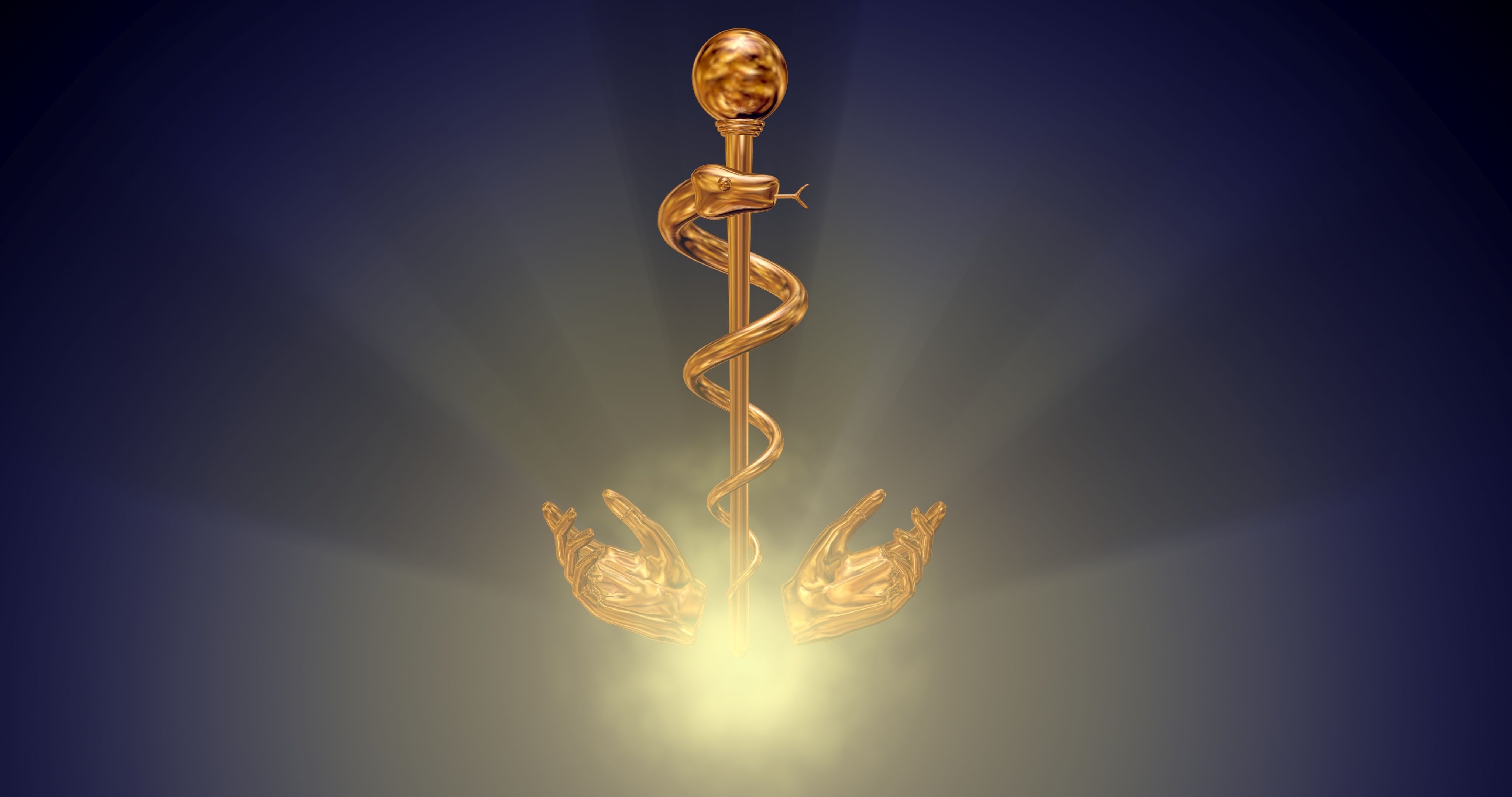 There are moral absolutes that our profession should stand up for, in spite of legislative or popular pressure, say the authors in this rejoinder to Drs Kious and Battin’s "Response to Physician Aid-in-Dying and the Proper Role of Physicians." Also see the original article by Ronald W. Pies, MD; Annette L. Hanson, MD; Mark S. Komrad, MD; and Cynthia M.A. Geppert, MD, MPH: PAS Versus Involuntary Commitment: Is There a Moral Dilemma?, on which this discussion is based.

We appreciate Drs Kious and Battin’s response to our initial commentary in Psychiatric Times critically examining their article in the October 2019 issue of the American Journal of Bioethics (AJOB).1 We thank the editors of Psychiatric Times for the opportunity to provide a rejoinder to their response." In their original article, Drs Kious and Battin argue that the long-established practice of psychiatrists to make every effort to prevent suicide including the use of involuntary commitment and the relatively new availability of physician aid-in-dying (PAD) create a moral dilemma. Their proposed resolution of the dilemma is to permit psychiatric patients, as well as those with medical illnesses, to access PAD when their suffering is severe and irremediable. Our commentary rejects the fundamental presumption that any physicians, much less psychiatrists, should be involved of the work of killing rather than the calling of healing, among other criticisms.

In this rejoinder, we first dispute some of the practical claims Drs Kious and Battin suggest in their response and then refute their challenges to the philosophical foundations of our position We would favor the term physician-assisted suicide, “PAS,” when referring to our own position as more clearly conveying that the practice is incompatible with the professional ethos of medicine.

In their response to our article, Drs Kious and Battin, repeat their claim that involuntary psychiatric commitment for suicide prevention (IPCSP) can in some situations constitute a value judgment about the severity or remediability of a person’s suffering. We believe their description of the relationship of suffering to IPCSP is based on a legal and ethical misunderstanding of the legal and ethical grounds for IPCSP. The warrant for IPCSP is solely contingent upon a person’s being suicidal under the well-established legal doctrines of parens patriae and the police powers of the state-and is not contingent on any apriori or clinical judgment regarding how “severe and irremediable” a person’s “suffering may be.” In our combined 128 years of clinical practice, we have never seen a case in which a psychiatrist failed to pursue IPCSP, based on the judgment that a mentally competent patient’s suffering was so severe and irremediable as to justify suicide. That is, we don’t say, as clinicians, “Oh, we made a big mistake hospitalizing this patient, because it turns out his suffering is really, really bad and his choice to die is reasonable!”

We agree with Drs Kious and Battin that, like abortion, PAD in contemporary American society may generate irreconcilable differences of opinion. However, we note that abortion does not represent the risk to public health that a suicide contagion poses. Thus, IPCSP can provide protection beyond the effect on the individual patient. Physicians also have a duty to promote and protect the health of the public-not just treat and protect the vulnerable patient. In any case, irreconcilable differences do not warrant abandoning a critical examination of the opposing arguments, given such a momentous departure from traditional medical praxis. For example, we fundamentally disagree with our two colleagues that public opinion is an ethically appropriate means of informing public policy decisions or even more crucially, determining professional norms of physicians.

Polls have not just moral but also methodological problems. Response rates are often low, and typically it is those with the strongest feelings about the issue who respond. Responses are also highly sensitive to the ways questions are worded (eg, “assisted suicide” vs. “aid in dying.”2,3) The most robust and proper way to explore ethical questions-especially radical shifts proposed in such an enduring and venerable professional ethos as this one-is not by simply doing a “gut check,” and quickly answering a poll. It is by a process of deep examination, study and consultation with a variety of professional experts in philosophy, medical ethics, and sociology, as well as our patients. Medical ethics is not so much about finding the one “right answer” as it is about pursuing the right process.

This “deep dive” is precisely the process that was brought to bear by the American Medical Association (AMA) and the World Medical Association (WMA) in their recent reexaminations of their ethical opposition to these practices.4 That process was repeated several times at the request of PAS proponents, and each time, though acknowledging the caring intentions on both sides of the issues, these organizations kept coming to the same conclusion-that these practices are “firmly opposed.” Similarly, for the second largest medical organization in the US-the American College of Physicians5-and even for the organization that works professionally in the “end-zone” of life-the International Association for Hospice and Palliative Care6-these and other articulations, are not mere polls. They are robust deliberations by organizations representing physicians and others, whom society is asking to do the killing. Moreover, no medical organization in the US has actually endorsed PAS as a laudable practice so far. At most, those organizations not opposed to PAS have expressed official “neutrality” on this issue.

Drs Kious and Battin may well be right that general polls of the public do show an increasing trend toward acceptance of PAD. However, the same cannot be said of the professional organizations which are the guardians of the core values of the medical ethics. They are overwhelmingly opposed to PAD precisely because they hold it is antithetical to the ethical identity of physicians as healers. In their response, Drs Kious and Battin incorrectly assume that this conception implies we would “have no role in a how a patient’s death goes.” This is a classic strawman argument. Physicians have an ancient place, standing at the bedside of the dying, palliating pain and offering compassion for suffering-the very meaning of “compassion” is “to suffer alongside.” Where we contend physicians should not stand is where Drs Kious and Battin would have them stand: in the position of bringing about the death of any human being. Palliative care physicians are experts in the relief of the discomfort of dying. That expertise does not require PAD and can successfully manage the very symptoms that are the rationale for PAD.

It is an argument of accident rather than substance to say that physicians have prescribing powers; hence, they must be the ones to administer PAD. States are already authorizing pharmacists to prescribe some medications and can as easily add lethal medications to that list. Our prescriptive privileges have no bearing on our ethical duties when the latter conflict with the purpose for which those medications are prescribed.

Our colleagues are correct that in our initial article, we may not have clearly stated that Drs Kious and Battin do not consider any suffering, but rather severe suffering, as potentially justifying PAD, although we feel this does not change the strength of our argument. Nor do we disagree with the claim that, in theory, there is suffering so severe and irremediable that it might legitimate a person’s seeking assistance to die. The vendor of death could be a clergyman or a cousin-or even a cadre of trained “thanatologists” who are not in the house of medicine. Our main argument is simply that a physician cannot ethically comply or collude with even the most desperate of requests to end-a patient’s life by suicide.

We now turn to Drs Kious and Battins’ critique of our philosophical position as “essentialism” and “historicism.” If by “essentialism,” they mean that we hold certain medical ethical truths to be constant, enduring, and not “will-o-the-wisp” notions dependent on polls and plebiscites, then, yes-we are guilty of “essentialism.” While we would acknowledge that “evolving social expectations” do have some influence on “what is permissible for physicians,” we would deny that such expectations are infinitely elastic and determinative, vis-Ã -vis what is ethically permissible. Would the authors change their own position favoring “assisted dying” if new polls showed that most physicians oppose the practice? Or do they base their position in favor of PAS on their own view of what is “essential” to the role of physicians? If we make medical ethics dependent upon polls, we are opening the field to a kind of post-modern relativism that undercuts the very concept of a “profession.” Medical ethics are not a kind of weather vane, changeable with each new poll that comes out! We would argue that PAS is really an outgrowth of, and is contemporaneous with, the consumer movement of the past 50 to 60 years and is therefore an anomaly in the history of medical ethics.7

It is not the literal wording of the Hippocratic Oath, but the subsequent development of those values that has provided a moral compass for the medical profession. That growth, intellectually and experientially, resembles, for example, the development of religious values, not confined to, but inspired by the esteemed teachers and holy books of the world’s great religious traditions. These are evolving and venerable moral compasses for covenantal communities. The current Tree of Medicine is rooted in its Hippocratic soil. It has ramified branches of thoughts and values yet embodies a core ethos that has persisted through the rise and fall of many societies.

Our colleagues should not so easily dismiss the lessons of history as mere “historicism.” We believe very much in Santayana’s famous wisdom: “Those who cannot remember the past are condemned to repeat it.” Changing social mores and highly popular notions, championed by celebrities, intellectuals, and policy makers, have swept physicians off their ethical moorings in the past. Consider the historic example of Soviet psychiatry. Civil commitment was used to isolate dissidents, and the doctors went along with it. Physicians, especially psychiatrists, participated with relish in eugenics-inspired forced sterilization programs of the mentally ill in the US.8 There are moral absolutes that our profession should stand up for, in spite of legislative or popular pressure. Public health policy should not be contingent upon popularity. Many popular ideas were proved both wrong and harmful (eg. conversion therapy for homosexuals).

Anthropologist Margaret Mead9 presciently warned a physician friend about the social pressure on physicians to kill in the name of mercy, observing that:

The followers of Hippocrates were dedicated completely to life under all circumstances, regardless of rank, age, or intellect-the life of a slave, emperor, foreign man, defective child . . . This is a priceless legacy which we cannot afford to tarnish. But society has repeatedly attempted to make the physician into the killer . . . It is the duty of society to protect the physician from such requests.9

We would do well to heed her warning.