Psychiatrists Who Have Changed Society 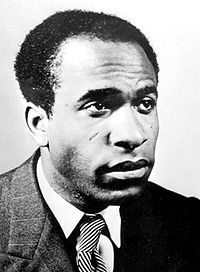 When I started medical school at Yale way back in 1967, I had the youthful impertinence to ask my psychoanalytic professor how he could justify treating so few patients when there were masses of poor people who also needed help, but who could get little.

He replied that since he treated rich and elite leaders, this would have an indirect but major influence on society.

Possibly, I thought, surprised by his answer . . . but how? If the rich and elite got better psychologically, did this make them better stewards of society? Given confidentiality, we would not know who these leaders were and so could never objectively consider an answer.

But if a butterfly that flaps its wings in Mexico can influence the weather in China, then perhaps in some way, all psychiatrists can or have had some indirect effect on society?

I’m writing this blog while traveling in Morocco. During this trip, the subject of the impact that psychiatrists have had on society came up in a different context than patient care, theory, or even usual patient advocacy. The number of such psychiatrists may be quite limited.

The first could be Benjamin Rush (1745-1813). Of course, he was not really a psychiatrist, since the profession did not exist then. The American Psychiatric Association calls him the "father of psychiatry," so I will include him. Rush was among the first (if not the first) to believe that mental illness was a disease of the brain. He was active in the American Revolution, and remained politically involved thereafter. He signed the Declaration of Independence and served as Surgeon General in the Continental Army.

Dr. Rush's order “Directions for preserving the health of soldiers" became one of the foundations of preventative military medicine. He became Professor of medical theory and clinical practice at the University of Pennsylvania.

The Moroccan connection is the psychiatrist Frantz Fanon (1925-1961). Though I learned about Dr Fanon early in my career, I had forgotten about him until a discussion with our tour leader. Sometimes known as the "Black Freud," he was not only a psychiatrist and a philosopher, but a revolutionary.

After his psychiatric training, Dr. Fanon became the medical director of a hospital in Algeria. There he became interested in the social forces on mental health and developed inpatient therapeutic communities well before Maxwell Jones, who is better known for this achievement.

Dr Fanon’s books - Black Skin, White Masks and The Wretched of the Earth-seemed to be an important inspiration for the Algerian resistance. His ideas about the psychopathology of colonization-in other words a diagnosis of a societal disorder-proved quite influential. In an extension of Jung and Freud's ideas, he posited a collective unconscious of colonial Blacks that resulted in an inferiority complex of dependency and inadequacy. Treating this social pathology was necessary, he thought, for mental health and political liberation. Though violence was one way to liberation, it wasn't the only way. In South Africa, the medical student Steve Biko adapted Fanon’s ideas; in Cuba, Che Guevara used them; and in the US, Malcolm X and The Black Panthers picked up on them. With this theory, the slogan "Black is Beautiful" made clear psychological sense.

In the US before the 1964 Presidential election, psychiatrists could have had an effect on the race, which Lynden Baines Johnson won in a landslide victory. In a poll of thousands of psychiatrists, many opined that Goldwater was not qualified to be President because he was paranoid and a megalomaniac. Eventually, this well-publicized poll led to a new American Psychiatric Association ethical principle called "The Goldwater Rule," which advised against the public diagnosis and analysis of anyone not personally examined by the psychiatrist.

Although some thought that he was verging on breaking the ethical principle of the Goldwater rule, Jerrold Post was a CIA psychiatrist for many years. Post founded the Center for the Analysis of Personality and Political Behavior: there, he analyzed foreign leaders indirectly. Among these were Israel's Menachim Begin and Egypt's Anwar Sadat, profiles of whom were prepared for President Carter ahead of the Camp David peace meetings in the late 70s. In analyzing the childhood of Saddam Hussein, Post concluded that Hussein would never voluntarily give up the weapons he had amassed. Could Post’s conclusion have had any connection with the claim that the US had to get rid of Saddam’s "weapons of mass destruction" and Saddam Hussein himself?

Whether these psychiatrists helped or hindered societal events probably depends on one's political perspective. Other than Benjamin Rush, a psychiatrist has never served as Surgeon General. Since there has been an acting one for over a year, should we advocate for a psychiatrist to see what difference that might make?