Historically, there has been conflict between psychiatry and religion. 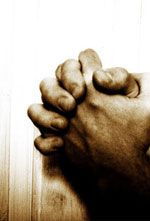 There are many reasons why psychiatrists may be reluctant to address issues of spirituality/religiosity (S/R) with patients. It may be that they are generally less religious than the patient or they may be uncomfortable broaching this topic with patients. Historically, there has been conflict between psychiatry and religion. Some authors (eg, Freud) have referred to religion as an “illusion,” merely a neurotic defense against life’s vicissitudes.1 In addition, psychiatrists may feel uncomfortable being involved in a social/care network with roles that are not well defined between clinicians and clergy. However, the trend in favor of addressing S/R issues in psychiatric care is growing.2

Research shows that many patients lean on S/R both as a coping mechanism and as an explanatory model for their disorder.3,4 The consequences can be either positive or negative. This article addresses these 2 major ways S/R interacts with psychiatric disorders and describes spiritual assessment and clinical care.

Most psychiatric disorders can be understood using the stress-vulnerability model.5 The model uses the interplay of biological and psychosocial factors to determine the onset and course of the presenting disorder; that is where S/R coping comes into play. Indeed, a patient’s beliefs when facing a psychiatric disorder and its many difficulties can work as a positive or negative resource. Pargament6 suggested that religious coping serves 5 purposes:

• Sharing (closeness, connectedness to a community)

Positive S/R coping can help control symptoms (eg, “I always have a Bible with me. When I feel I am in danger, I read it and I feel I am protected. It helps me control my actions of violence”).7 Negative S/R can be expressed through “spiritual struggle.” Spiritual struggle can be intrapersonal or interpersonal, and/or it can be related to the patient’s representation of spiritual figures. Recent research has shown that S/R coping might be related to symptoms and outcome of mental disorders.8

After having been severely injured by a hit-and-run driver, Mrs S, a 45-year-old woman, presents with PTSD. She is a Catholic who had been deeply involved in her church before the accident. She feels guilty because she is unable to forgive the driver: she avoids going back to church and fears meeting her priest. This negative religious coping was addressed in psychotherapy.

The first line of treatment was cognitive restructuring, which allowed Mrs S to let go of her guilt by disentangling her behavior (she did not attempt to kill the driver) from her emotion (hate) and thoughts (of driver’s death). She was then able to reconnect to her religious community and to get spiritual and social support, which helped her recover (positive religious coping).

What new information does this article provide?
? Patients lean on spirituality/religiosity (S/R) both as a coping mechanism and as an explanatory model for their disorder(s). Religious coping can be positive or negative and serves many purposes, such as meaning, self-development, connectedness to a community, and restraint. Patients’ explanatory models can affect treatment adherence.

What are the implications for psychiatric practice?
? Psychiatrists should assess S/R. Spiritual assessment is likely to elicit important clinical issues in patients with psychiatric disorders.

Perhaps the most important clinical issue about explanatory models is their potential effect on treatment adherence. Indeed, in a study by Borras and colleagues 14 of religious beliefs in patients with schizophrenia, more than half may have representations of their illness and treatment directly influenced by their S/R beliefs-positively in 31% and negatively in 26%. Findings also indicate that more than a quarter of patients who were nonadherent or partially adherent thought that the treatment was not compatible with their beliefs.

Assessing S/R may appear to be complex and risky, but it is required when considering the cultural context of patients.15 Clinicians do not need to change their methodology as long as they remain sensitive to the spiritual and cultural differences of patients. In gauging the extent of a patient’s beliefs, the HOPE questions can help. This mnemonic systematically addresses 4 domains16:

• The role of organized religion for the patient (O)

• The effects on medical care (E)

A more thorough investigation would also consider the S/R history, including family background, religious education, and life changes; the importance of S/R in the patient’s life; positive and negative S/R coping with the illness; explanatory models; and spiritual needs. Domains and examples of open-ended questions are described in the Table.

Mr H, 50-year-old man with schizoaffective disorder, hears voices and feels persecuted. He denies his illness, refuses medication, and relies only on Buddhist practices to cope with his symptoms. However, his S/R coping strategies are ineffective in preventing emotional distress, heteroaggressive behaviors, and social isolation.

Clinical and S/R assessment opened the door for psychotherapy that integrated Mr H’s S/R beliefs and practices. Indeed, he did not know if what he heard were people or demons. This doubt helped lead him to consider his beliefs as hypotheses about reality and to design experiments to test those hypotheses. Unable to find a definitive answer to the meaning of the voices, Mr H finally considered the medical and spiritual explanations as possible. His treatment combined psychiatric care (medication and psychotherapy) with more effective S/R strategies guided by a Buddhist monk in his religious community.

Recent research results show that a thorough S/R assessment is well tolerated by patients with psychosis.13 Following the assessment, a patient might want to discuss S/R issues with his or her psychiatrist. The major S/R themes elicited during the discussion can be integrated into treatment and used to support positive coping and address negative coping.

The patient’s dependence on S/R is not directly related to his diagnosis; however, there are certain connections. In a patient with MDD, the effect of S/R ranges from increased vulnerability to better recovery. For example, people involved in religion may be more likely to report feelings of guilt, even though this may be more a reflection of their perceived moral standards and religious upbringing than about pathological guilt.

S/R activities have been shown to reduce the risk of suicide both in the general population and in depressed patients. Spirituality may foster the acquisition of a positive world view and provide meaning, hope, and acceptance.17 Furthermore, religious worship attendance has been found to be an independent protective factor against suicide attempts.18

Symptoms of obsessive-compulsive disorder (OCD) may involve a religious dimension. Research shows that religiosity is significantly correlated with the severity of OCD symptoms.8 Nevertheless, it is not possible to say whether religiosity aggravates OCD symptoms or whether OCD symptoms lead to greater religiosity.

Spirituality and religiosity are well-known protective factors that consistently predict lowered risk of alcohol and drug misuse. S/R acts through a reduction of behavioral risks brought about by the promotion of a healthier lifestyle and by expanding the social support network.

Regarding the relationship between S/R and bipolar disorder, the question remains as to what extent religious tradition influences the emergence of increased religious insights and emotions during the manic state. S/R preoccupations can be an early sign of relapse into a manic episode. During the depressive state and the symptom-free interval, the patient may experience disillusionment with S/R.

S/R coping appears to be important for a large majority of patients with psychosis. Religion provides these patients with a positive sense of self, guidelines for interpersonal behavior, and resources to cope with symptoms.7 At times, patients with psychosis may present with delusions consisting of S/R content. Those delusions may coexist with positive S/R coping. In treating patients with such symptoms, look beyond the label of religious delusion, which is likely to involve stigmatization. Recommended strategies are to treat religious delusions with standard care, assess the patient’s spiritual struggles and spiritual resources, and collaborate with a member of the clergy when appropriate.19

Interventions beyond the spiritual assessment

Spiritual assessment, which can reveal psychological and social issues that are relevant to treatment, should be part of the investigation of the cultural context of any patient who presents to a psychiatric facility.20 Any S/R issues that arise during the assessment should be addressed as part of supportive psychotherapy, which will foster positive coping and help the patient deal with any associated negativity (ie, spiritual struggle).

Depending on the cultural context, some cases may be more complex. In some areas where there are no psychiatrists, traditional healers will try to help patients with mental disorders in the context of “integrated care” that incorporates both spiritual healing and more secular techniques. Conversely, in most European countries, psychiatrists work from a layman’s position. Hence, issues that arise during the spiritual assessment may be considered as pertaining to clergy and/or religious representatives. The complexity of this field is also related to the existence of a gray zone, sometimes grounded in the domain of psychotherapy, in which some intrapsychic material may be considered either as theological or as a cognitive process that warrants psychological intervention, or as both.

A Godless Jew: Freud, Atheism, and the Making of Psychoanalysis

Pargament KI, Koenig HG, Perez LM. The many methods of religious coping: development and initial validation of the RCOPE.

Engel GL. The need for a new medical model: a challenge for biomedicine.

The Psychology of Religion and Coping: Theory, Research, Practice

Mohr S, Brandt PY, Borras L, et al. Toward an integration of spirituality and religiousness into the psychosocial dimension of schizophrenia.

Handbook of Religion and Health

Pfeifer S. Belief in demons and exorcism in psychiatric patients in Switzerland.