A recent study dives into the data. 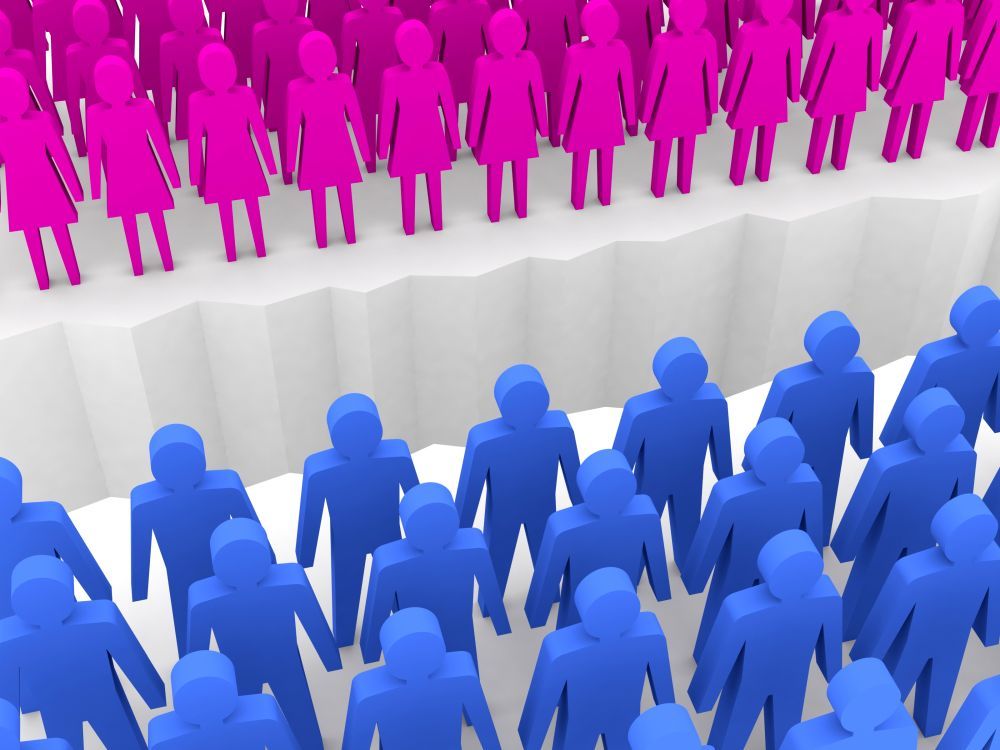 “Hilda” is a Black female aged 42 years, with a history of schizophrenia and catatonia. She was aged 26 years at the onset of her psychotic illness. She had several inpatient psychiatric hospitalizations during the first 3 years of her illness but none in the past 14 years. Hilda has experienced prolonged remission of catatonia and of positive symptoms of psychosis, and she has minimal residual negative symptoms following treatment with a long-acting injectable antipsychotic medication. She has hypertension and diabetes but no substance use disorder comorbidity. For the past 5 years, Hilda has had full-time employment, bought a vehicle, has been in a romantic relationship, and lives independently. She is planning to pursue online coursework toward completion of a bachelor’s degree and feels satisfied with her life.

Would this scenario be the same if Hilda were Harry? In other words, do women with schizophrenia have more favorable disease courses and overall outcomes than men?1 Several studies have examined sex-outcome differences in patients with first-episode psychosis (FEP), with inconclusive results. However, no studies have specifically explored long-term differences in male vs female patients with FEP after being discharged from a psychosis early intervention service (EIS).

In general, it is believed that short- and long-term outcomes in schizophrenia may differ between the sexes.2,3 To explore long-term sex differences in patients with FEP, Ayesa-Arriola and colleagues4 looked at several outcomes (clinical, functional, cognition, and treatment), as well as sex differences in the maintenance of benefits of EIS treatment after patients were transferred to regular care.

Ayesa-Arriola et al obtained data from the First Episode Psychosis Clinical Program (Program of Attention and Intervention First-Episode Psychosis [PAFIP] and PAFIP-10) studies,5 which are incidence and 10-year follow-up studies of participants with FEP who presented to a local catchment area with an EIS service in Cantabria, Spain, after February 2001. Patients received 3 years of evidence-based, phase-specific early intervention for psychosis: low-dose antipsychotic medication, patient and family psychoeducation, and support for functional recovery. All participants had experienced their first episode of nonaffective psychosis as classified by DSM-IV; were aged between 15 and 60 years; lived in the catchment area; and had a total lifetime antipsychotic treatment of < 6 weeks. Individuals with drug or alcohol dependence, intellectual disability, or a history of neurological disease or head injury were excluded.

The same senior consultant psychiatrist interviewed patients at baseline and at follow-up intervals of 1, 3, and 10 years post baseline. Clinical symptoms were assessed using the Scales for the Assessment of Positive and Negative Symptoms (SAPS and SANS), the Brief Psychiatric Rating Scale, and the Calgary Depression Scale for Schizophrenia. Global functioning was measured using the Disability Assessment Scale. An assessment of global cognitive function was also performed. Recovery, defined as symptomatic remission and adequate psychosocial function at 1, 3, and 10 years following FEP, was determined based on SANS and SAPS scale scores. Data on relapses, mean antipsychotic daily doses, and extrapyramidal symptoms were also obtained. General linear models with repeated measures of analysis of covariance were conducted to test longitudinal outcomes of males vs females. Kaplan-Meier survival analysis was used to examine the relationship between relapse and time.

Baseline PAFIP measures were available for 379 patients (male, n = 179; female, n = 128). Of these, 297 were retested by in-person interview at 1 year post baseline; 259 at 3 years post baseline; and 209 between approximately 8 and 16 years post baseline (for 26 of the 209, interviews were completed by mail or telephone). Individuals who did not complete the study had significantly lower education, lived in urban areas, were unemployed, and used cannabis. There was a trend toward higher participation by women vs men in the 10-year reassessment.

When comparing baseline characteristics for those who completed the 10-year reassessment, females were significantly older at illness onset than males (mean age, 31 vs 27 years); had higher premorbid functioning, IQ, and education; and were more likely to be living independently of parents, be employed, and have a partner and children. Schizophrenia diagnosis and alcohol and cannabis use were more frequent among men (Table 1).

Clinical, functional, neuropsychological, and antipsychotic treatment information over the 10-year follow-up period were available for 151 patients (male, n = 66; female, n = 85). Women showed greater improvements in negative symptoms than males. No sex differences were found in Disability Assessment Scale or Global Cognitive Functioning scores. Survival curves showed that most relapses occurred during the first 3 years of follow-up, with no significant differences between females and males. Symptomatic and functional recovery was significantly more likely in females at 1 year and 3 years, but not at 10 years (Table 2). Women used significantly lower therapeutic antipsychotic dosages, but antipsychotic doses increased over time following discharge from EIS. Males and females did not significantly differ in the occurrence of extrapyramidal symptoms.

Symptomatic and Functional Recovery in Men and Woman

The authors concluded that better outcomes for women were found after 3 years of treatment at an EIS were underpinned by more favorable premorbid and baseline characteristics. After an average of 10 years of treatment, they found that outcomes for women and men converged, except for the course of negative symptoms. Dose size of antipsychotic medications increased in both sexes once patients were discharged from the EIS program and moved into community-based services.

No other published longitudinal studies have explored sex differences in long-term outcomes, which is a strength of this investigation. However, relative contributions of biological (eg, estrogen), psychosocial, and environmental factors on sex differences and their interplay were not explored, which is a limitation the authors noted.

Better outcomes seen among women during the first 3 years after FEP occurred in the context of more favorable premorbid and baseline characteristics. After an average of 10 years of follow-up, with the exception of negative symptoms, outcomes for women approximated those for men.