We know that different people, cultures, and traditions all grieve differently. Yet it is ultimately our capacity for resilience that allows each of us to process the grief-inducing event in his or her own way. 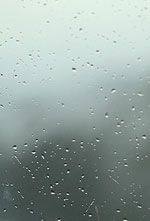 Having recently reviewed the thought-provoking, well-reasoned arguments concerning the controversial DSM-5 proposal to eliminate the “bereavement exclusion” for MDD,2-4 the following quote, long submerged, suddenly surfaced: “Thus the shadow of the object fell upon the ego, so that the latter could henceforth be criticized . . . like the forsaken object.”5

It struck me that perhaps we have been here before-at the crossroads of grief and melancholia. And like the famous blues guitarist Robert Johnson,6 we find ourselves trying to understand our own desperation and predicament. In the case of psychiatry in 2012, this appears to be a matter of searching for a bright line distinction between psychiatric illness and the range of normal human experience-or what the famous Japanese novelist/poet/noblewoman Murasaki Shikibu7 called “the sorrow of human existence” (mono no aware-literally: the poignancy of things).

We know that different people, cultures, and traditions all grieve differently. Yet it is ultimately our capacity for resilience that allows each of us to process the grief-inducing event in his or her own way.8 It is mental and emotional inflexibility that leads to the contractures that produce decreased range of motion, diminished freedom, and withdrawal from life. Or as Lao Tzu best put it: “Stiff and unbending is the principle of death. Gentle and yielding is the principle of life.” Those who work with individuals suffering from intense grief know this well. There is a noticeable difference between the painful but essential letting go of the lost object and the inflexible incapacity to be consoled seen in the depressed individual. Grieving encompasses the normal, yet extremely hard, emotional work of loosening the myriad affective ties that bound us to the lost object. Each knot was tied carefully, lovingly, and with associated memories. Untying (decathecting) our emotional investment from the lost object is a task all of us must face-over and over.

Then leaf subsides to leaf, So Eden sank to grief 1

Psychiatrists not uncommonly see bereaved individuals who go on to develop prolonged grief and/or a superimposed depressive disorder. Indeed, all manner of things may occur, such as an acute stress reaction or brief psychosis. The hope is that the astute clinician will recognize this and act accordingly. My esteemed colleague, Dr Ronald Pies,9 has aptly noted that “the relationship between grief and depression following recent bereavement has turned into one of the most contentious debates in psychiatry.” Indeed, perhaps this very debate is symbolic of where psychiatry now stands in terms of confronting mental illnesses that do not clearly fall under the serious mental illness (SMI) umbrella. The bright line between many of these illnesses (non-SMI) and the broad but accepted range of human experience is not yet readily apparent to psychiatric science, let alone the lay public.

I believe that the benefit of all this recent DSM-5 debate is that psychiatry is openly and honestly grappling with the issue of what types of suffering are part of the range of human experience (our mono no aware)-versus a medical pathology that requires medical treatment. I can only speculate that the findings of many conditions will be as diverse as the wildlife of the Galapagos Islands. However, I believe it is our duty (Japanese: giri) to help others regardless of the type of suffering, be it medically verifiable or not.

Some of the more salient points of the bereavement exclusion debate are outlined in the Table. The list is not exhaustive, and interested readers are referred to a nice example of an advanced level, collegial debate between experts on the subject.2

Finally, I feel obligated to note that the work of grieving can be exceptionally hard, and help with this human experience is often very bene­ficial. Such human experiences are unique to each individual and, thus, are subject to vicissitudes that seem unlikely to have rigid, scientifically determined time limits. This is what one therapist, Dr Joanne Cacciatore, has experienced in her practice. The fact that her blog has recently acquired more than 100,000 hits suggests that many have an interest in this issue.10 Her concern is added to that of others who worry that this deeply profound, emotionally painful part of the human experience might be pathologized by the DSM-5’s consideration of the bereavement exclusion.11,12

Here is the link to Dr Cacciatore’s blog,10 followed by a collegial reply from Dr Pies, and further points of interest from Dr Allen Frances.13

Nothing Gold Can Stay

Kleinman A. Culture, bereavement, and psychiatry.

The Standard Edition of the Complete Psychological Works of Sigmund Freud.

The Tale of Genji.

The Other Side of Sadness: What the New Science of Bereavement Tells Us About Life After Loss.

Pies RW. After bereavement, is it “normal grief” or major depression? The PBPI: A potential assessment tool.

Wakefield JC, First MB. Validity of the bereavement exclusion to major depression: does the empirical evidence support the proposal to eliminate the exclusion in DSM-5?

Frances A. More than 65,000 grievers must be heard-and should be heeded.