Just recently, an adolescent patient refused to meet with me individually, saying, “People from your country kill us.” But we survived-as a country and as a family. 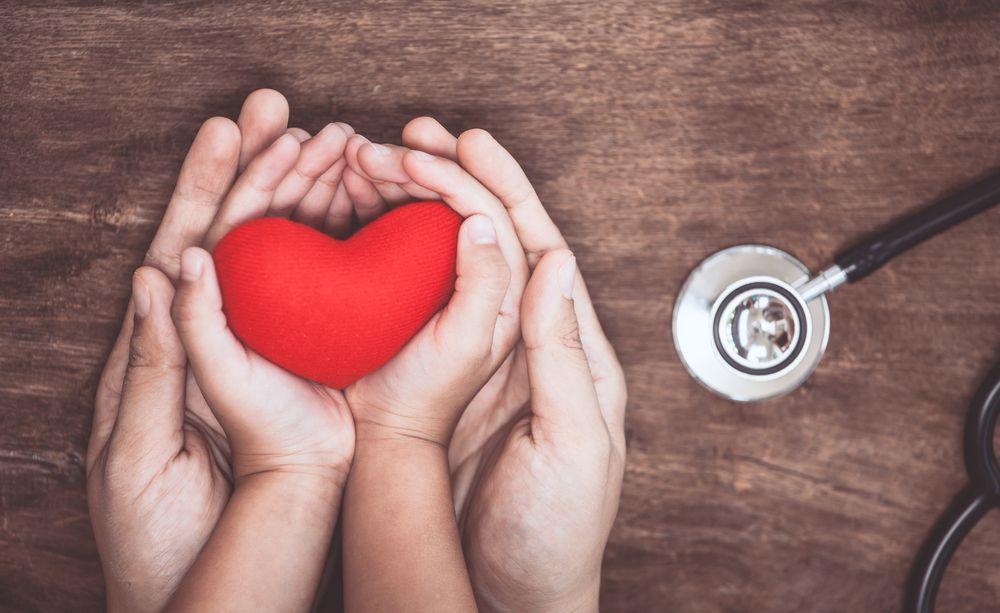 Before I began my career as a child psychiatrist in Mid-Missouri, I worked in a small women’s clinic thousands of miles away. The plan was to stay in the Middle East, where I was married and had two children. But when my husband was offered a scholarship to pursue his doctorate in the US, we decided to embark on this adventure together.

I was not prepared for the obstacles that awaited me. Other than my husband and children, I knew no one in this vast country, with street names I had never heard of and foods I did not recognize. Studying for the multiple exams-ECFMG, FLEX, and Visa Qualifying Exam-was overwhelming. I found a babysitter in our apartment complex, and every morning I dropped my children off on my way to the library.

After about a year of studying, I finally passed my exams, but the journey was far from over. I needed a different visa to begin my training. I struggled with the acculturation process. My accent made me extremely self-conscious. There were not many people who looked like me. Even buying clothes was a challenge, and not just because we were raising a family on the salary of a doctoral student. I couldn’t just walk into the mall and buy a hijab, the headscarf worn by Muslim women.

I was overjoyed when I was offered the opportunity to start my residency in Mississippi, even though I didn’t know where it was until I looked it up on a map. To my disappointment, however, my immigration papers were not completed in time. Two years later, in the early 1980s, I was given another opportunity, this time at the University of Missouri-Columbia.

I began my residency with a mix of excitement, determination, and apprehension. I remember one of the senior residents telling me that I would not be able to become a child psychiatry fellow while wearing hijab because I would “scare” the kids. These words shook me. My hijab was an important part of my faith and identity. I decided my hijab was non-negotiable, but so was my commitment to become a child psychiatrist. I would embrace both.

I felt I had to work twice as hard as everyone around me and dismissed the micro- and macro-aggressions from colleagues and patients alike.

I quickly built a rapport with my patients and their families, taking extra time to listen to their stories and to do everything in my power to help them. I worked long hours and wrote detailed notes. On occasion, there was a patient or family who expressed doubt in my abilities. Thankfully, in time, my dedication and care enabled me to win them over. Some of them actually referred other family and friends to me, which I would remind myself of the next time I had a family that would take one look at me and my hijab and decide I was a foreigner who did not know what I was doing.

My husband’s support was key. He did a lot with our children so that I could meet the demands of my residency and training. I felt I had to work twice as hard as everyone around me and dismissed the micro- and macro-aggressions from colleagues and patients alike.

Despite the challenges, I loved what I was doing. My family was growing, and my career began to take off. I accepted an opportunity to lead a medical unit at a children’s hospital in Arkansas. It brought with it additional responsibility and challenges, which I strove to meet at work and home. I remember rushing from the hospital to make it to my child’s school play after a grueling day. Even as a department head, like most psychiatrists, work-life balance was difficult to achieve.

We eventually moved back to Missouri, bought a house, and decided we were done moving. Missouri would be our home.

Then came 9/11. Everything changed in an instant. I was the medical director of the inpatient unit, and I vividly recall a mother telling me that her family had advised her not to allow me to treat her son’s depression because I would “hurt him.” At home, someone left dog feces at our front door. My children were harassed because of their faith. We would get through it, I told them.

We survived-as a country and as a family. We all worked to put the pieces back together. I thought I was done with life’s surprises until I scheduled a routine surgery on a long holiday weekend in 2009. I remember thinking I wouldn’t even need to be away from my patients for a full day. But a complication left me fighting for my life. I went into a coma and was placed on a ventilator. No one knew if I would make it. I ended up staying at the hospital-my hospital, where I treated patients and taught residents-for a month. My family and friends, coworkers and community were with me every step of the way. My children traveled from various states to be by my side, camping out in the waiting room. My husband spent every night at the hospital. My friends cooked dinner, brought flowers, and sat with me. My colleagues checked in on me daily.

It was not easy going from doctor to patient, but my illness allowed me to see things in a different light. I realized giving the family constant updates is not a courtesy-it is a vital part of our care. I witnessed firsthand how support aids in recovery, so I endeavor to implement more of that in psychiatry.

The experience was humbling in other ways as well. The physical therapy technician who was working to help me learn to walk again thanked me for working with her relative. The pharmacist I had worked with for years on my patients’ prescriptions was now regulating my coumadin dose. The medical student I taught psychiatry to the month before was the first one to check on me in the mornings.

All of this hastened my determination to get better as quickly as possible. I wanted to get back to my patients, and for the first time in years, I wanted to get back to the child psychiatry conferences I had attended as a trainee. I realized there was more for me to learn and to teach others. I decided I wanted to focus on providing culturally sensitive care to patients. During the early years of my career, there was not much discussion of how to handle patients with different backgrounds. I was pleasantly surprised to see a workshop on caring for the Muslim patient at an annual meeting of the American Academy of Child and Adolescent Psychiatry in 2011.

I have spent the last several years trying to live up to the commitment of understanding the impact of culture and religion on patients and how we, as clinicians, can provide culturally sensitive care. I try to draw on my own experience working with diverse populations, refugees and Muslim and Arab patients. Just recently, an adolescent patient refused to meet with me individually, saying, “People from your country kill us.” His father tried to help the situation by saying, “No, son, it’s not her country; it’s her religion.”

I could not let the sting from their comments linger. This appointment was not about me. It was about my patient and his family. I thought about the values that have served me for decades-empathy, patience, hard work and compassion-and listened to his case. Then I got up the next morning, ready to do it all over again.