Talking to Pregnant Patients About Cannabis Use

Consumption of cannabis during pregnancy results in a host of problems, including cannabinoid placental crossing and accumulation in the fetal brain as well as other organs. 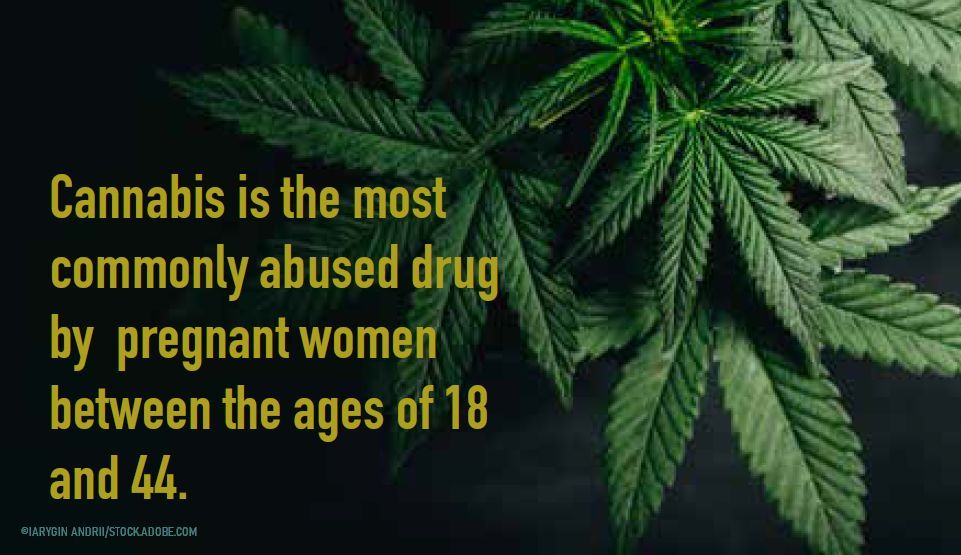 Public endorsement for potential benefits of the marijuana plant is at an all-time high. To date, 33 states and the District of Columbia have responded by legalizing medical marijuana, with 10 states also having legalized recreational use of marijuana. The current practice is said to be ahead of science, as robust research has been hindered by strict regulations and most epidemiological studies point toward harmful associations. Yet the general population turns to this botanical while seeking self-remedies for various ailments and conditions for which other, evidence-based, treatment modalities exist. As physicians, we have seen some of the outcomes associated with use, particularly in vulnerable populations with underlying mental health and addictive disorders, as well as adolescents and—for the purpose of this article—pregnant individuals.

The scope of the problem

The Center for Disease Control estimates that 16.2% of pregnant women between the ages of 18 and 44 are daily users and, of all illicit drugs, cannabis is the most commonly abused by this population.1 Estimates also indicate that between 2009 and 2016 cannabis use among pregnant females has nearly doubled, with young age being positively correlated with use.2 Given the decreased perception of harm by the general public, women are certainly compelled to seek what they perceive as more natural self-management remedies.

Aside from continuation of use if already smoking at the time of pregnancy, some initiate cannabis to manage morning sickness, overall nausea, and vomiting. A study was recently conducted in Colorado in which researchers identified themselves as pregnant women and contacted dispensaries for guidance in managing pregnancy-related symptoms.3 Close to 70% of dispensaries recommended products to treat symptoms particularly in the vulnerable first trimester, while 36% of them also provided reassurance of the safety profile. Very few encouraged a discussion with the physician.

Consumption of cannabis during pregnancy results in cannabinoid placental crossing and accumulation in the fetal brain as well as other organs, where it interferes with neurodevelopment and the endocannabinoid system.4 Use during the postnatal period can also lead to secretion in breast milk for extended periods (up to a week) after use. From retrospective studies, we know prenatal cannabis ingestion has been associated with anemia in the mothers as well as low birth weights, greater risk of preterm and stillbirths, and increased need for neonatal intensive care unit admissions.5

Although there is no phenotypic syndrome and no overt birth defects, a review of 2 longitudinal studies indicates that the majority of the teratogenicity translates later in life, beyond the infant developmental stage. Children born to mothers who used cannabis during pregnancy have higher rates of impulsivity, delinquency, learning and memory impairment as well as executive function deficits.6 There is also an increased association with proneness to psychosis during middle childhood.7

Given that most human studies are observational and retrospective, we turn to animal studies in attempts to go beyond associations. Studies using rodent models hint at a variety of long-term neurobiological changes in a multitude of systems, particularly the neuroendocrine system as well as the dopaminergic and glutamate neurotransmitter systems, resulting in behavioral impact later in life.8 Such behavioral consequences affect mnemonic processing and drug sensitivity but also emotional behavior and the development of locomotor activity.

It is important to be mindful of the increasing cannabis potency and the different formulations and administration routes (ie, vaping), especially due to the declining perceived risk among patients. In 2018, the American College of Obstetricians and Gynecologists released guidelines for screening for cannabis use in pregnant and breastfeeding women and to disuade its use. This is a recommendation extended to all fields of medicine.

We also shall not overlook the impact of cannabis on mothers during pregnancy. Cannabis has been associated with increased: anxiety incidence; risk for depressive disorders; incidence of suicidal ideations and behavior; and symptoms of mania and psychosis in those with bipolar and schizophrenia spectrum conditions.9 Use of cannabis has also been linked to co-ingestion of other substances as well as alcohol. Hence, best practices would hint at screening for all substances in pregnancy when cannabis is being used.

Dr Stanciu is Assistant Professor of Psychiatry at Dartmouth’s Geisel School of Medicine and Director of Addiction Services at New Hampshire Hospital, Concord, NH. He reports no conflicts of interest concerning the subject matter of this article.

The author would like to acknowledge the contribution made by Karen Goodman, MSLIS, MA, medical librarian at the Dorothy M. Breene Memorial Library at New Hampshire Hospital, as she assisted with the literature search and procuration of the articles needed for this article.