After 9/11, psychiatrists answered the call. Now, we are experiencing a strange time in our country. 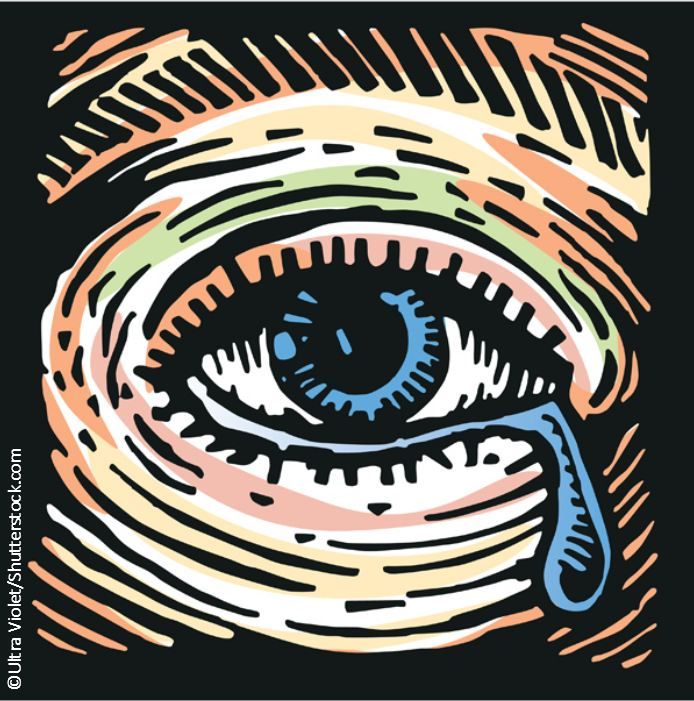 Editor's note: This article is the opinion of the author and does not necessarily reflect the views of Psychiatric Times and UBM. If readers would like their comment to be considered for posting at the end of this article, please send us an email at editor@psychiatrictimes.com, with your full name and affiliation.

Dr. Eist is  Past President APA, and Clinical Professor of Psychiatry at George Washington University School of Medicine and Behavioral Health, Washington, DC.

Terror in America, an APA poll finds American’s anxiety is increasing and reducing our sense of safety.1

It was just after 4 pm, when the phone rang. It was the program manager of a local TV station. She said the station had a telephone bank for use during crises, and that it was currently being inundated by calls from people looking for help in contacting loved ones. She wanted to open the phone bank and focus local calls that evening from 6 to 9 pm on the concerns, fears, and worries of the public. This idea was timely and generous. She asked, “Can you recruit 6 psychiatrists, have them here at the station by 5:30 for a briefing, and ready to go on the air at 6 pm?” “Yes,” I said. “It’s a good idea, we can make it work.”

Each psychiatrist called to serve answered “Yes” immediately. All they asked for were directions to the TV station.

People in general were cooperative and helpful. Surprisingly, this was most obvious on the roads. Drivers were more patient and polite than usual, there was less irritation, right of way was freely given, and people offered to help one another. Anger seemed absent from public interactions; kindness and shared concern were the prominent emotions. It was as if it was widely understood that everybody was anxious and needed kindness, not road rage.

Over 300 phone calls from anxious, worried people were taken during a 3-hour period by the 6 psychiatrists. Each psychiatrist spoke with about 50 people; the calls lasted approximately 5 minutes each. Many of the callers reported the phones at the Pentagon were down and wondered if the TV station could get through to loved ones. It appeared that talking to a professional for a few minutes reduced the callers’ sense of crisis and in that, it was helpful even if precise information was not available. One of the many things we learned from 9/11 was that we needed backup communication systems. Clearly, losing touch with loved ones can be terrifying.

After the phone bank experience, I assessed what was happening to my anxious patients. There was no overall increase in psychiatric visits, but there was a significant increase in anxiety and depression. Some patients called for telephone sessions and asked for higher doses of their medications. Many cancelled visits were filled by other agitated patients. They were asking for medication because they had either run out or were close to running out; some wanted to come in and talk.

One thing became clear. Patients with anxiety broke into 2 groups: those who showed up when they felt terrible, and those who clung to home when their anxiety intensified. The bad feelings are the disease, but different patients dealt with it differently. Most patients with chronic anxiety insisted that, contrary to the psychiatric literature, benzodiazepines were the best anti-anxiety medications. They struck at the inner distress rapidly and reduced insomnia.

Steve M. Mirin, MD, past Medical Director of the American Psychiatric Association wrote a brief piece for Newsweek, “Life After 9/11: Coping with Anxiety and Depression.”2 Mirin quotes a post-9/11 poll conducted by the Pew Research Center for the People and the Press that found more than half of all Americans experienced one or more symptoms of anxiety and/or depression.

This was the day of the presidential election. US citizens were restive, and when the results were announced, there was great public shock and fear, particularly in our area (a blue state). There were complaints about the election and the electoral college, which most of my patients who came into the office thought unfair. People talked about impeachment of the President and signs were planted in several neighborhood yards and a few knew that the votes of 68 senators were required to impeach. I couldn’t help but wonder if all the fear being expressed was a basic fear of government or a fear that the power of this government would capriciously turn against them. This fear intensified. Our new president campaigned on decreasing government and reducing its negative impact in our lives. However, to many people, things seem to be going in the opposite direction, and this has been generally disturbing, disappointing, and frightening.

Stephen J. Rockower, MD,3 then president of the Maryland Medical Association wrote, a column, in his President’s Message, “Reflections on Political Machinations” in which he states, “We are experiencing a very strange time in America. Since the election and inauguration of President Donald Trump, Americans have been at each other’s throats, hurling accusations and passing judgement.” In the midst of all this unprecedented sturm und drang, he wonders, “What’s to become of health care?”

For a period after 9/11, people were more anxious, vulnerability and risk seemed enhanced; since November 8, 2016, people remain palpably fearful, more isolated and suspicious. Helping hands, a strong characteristic of our land, seem fewer and far between.

RA, a 45-year-old professional woman, announced she was thinking of buying a gun. This was surprising, since she had been outspoken about gun violence. When asked about her changing position, she said, “I am gay; I simply do not feel safe in today’s world.”

People are witnessing free expression of racism, the increase in mass shootings, murder and lack of respect for women and authority, the rampant dishonesty of our leaders as a high level “ideal” for corporate mendacity and irresponsibility. A criminal sheriff convicted by the courts for taking the law into his own hands and disobeying it egregiously was pardoned by the President before sentencing. The President wonders if he can pardon himself if he is deemed guilty of breaking the law.

Widespread fear has led many patients to say they are moving away.4 After 9/11, the population was interested in repair, and now they are interested in escape. People no longer feel safe in America.

This article was originally published 9/20/18 and has since been updated.