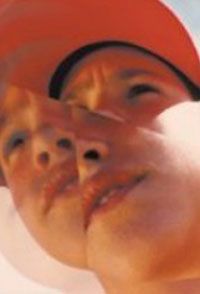 Tourette syndrome is a neuropsychiatric disorder of childhood onset. It is characterized by the presence of multiple motor tics and one or more vocal tics, not necessarily concurrently, that last longer than 1 year. Formal diagnostic criteria from the World Health Organization and the American Psychiatric Association differ only slightly (Table 1). DSM-IV criteria had required the patient to experience functional impairment or distress; however, this requirement, which was often criticized for its vagueness and inconsistent application, was removed in DSM-IV-TR.1

A tic is a sudden movement or vocalization that is rapid, recurrent, nonrhythmic, and stereotypical. Tics decrease in severity with distraction and relaxation, and increase with stress and anxiety. They can be suppressed through the patient’s own voluntary control, but they reappear when the patient’s effort is relaxed. Tics may be preceded by premonitory feelings, and patients often report that the tics are intentional responses that are executed to relieve these uncomfortable sensations.2,3

Simple motor tics typically involve isolated muscles, producing movements such as blinking or sniffing. Complex motor tics involve contractions in different muscle groups and coordinated movements that resemble normal motor gestures. More complex motor phenomena include echopraxia (repetition of the movements of others) and copropraxia (making obscene gestures), both of which are reported in up to one-fifth of patients in specialists’ clinics.

Vocal tics are typically nonverbal (phonic tics) and involve sounds such as throat-clearing or barking. However, approximately 35% of vocal tics are verbal.4 Coprolalia (involuntary uttering of obscenities) is reported in fewer than one-third of clinical cases of Tourette syndrome; mean age at onset is 14 years. Other vocal phenomena include palilalia (repetition of one’s own sounds and words), and echolalia (imitation of sounds or words of others).

Prevalence estimates have been largely consistent and range between 0.6% and 1% in mainstream schoolchildren. Most of those affected have mild, subclinical symptoms that are unlikely to disrupt their lives. Studies conducted in special education environments have found a higher prevalence of Tourette syndrome in populations with learning difficulties and autistic spectrum disorders.5,6

There is a significant genetic component to Tourette syndrome, although the mode of inheritance is complex and not fully understood. Tourette syndrome may be an expression of genetic vulnerability interacting with environmental factors.7 Genome scans have highlighted areas of interest in several chromosomes. Recently, rare sequence variants of the gene SLITRK1 on chromosome 13q31.1 have been associated with Tourette syndrome in certain patients, although these findings have yet to be replicated.8,9

Studies conducted in special education environments have found a higher prevalence of Tourette syndrome in populations with learning difficulties and autistic spectrum disorders.

One-third of children with Tourette syndrome will become symptom-free by adulthood; and one-third will exhibit only mild symptoms that require no treatment.

The most common comorbid disorder in patients with Tourette syndrome is attention-deficit/hyperactivity disorder, followed by obsessive-compulsive disorder and affective disorders.

Neuroimaging studies have improved understanding of the pathophysiological processes involved in Tourette syndrome. Disturbances in the basal ganglia and frontal cortical circuits have been implicated in the development of tic symptoms.13 One model suggests that decreased inhibitory output from the basal ganglia results in excessive activity in the frontal cortical areas and gives rise to involuntary movements. A second model proposes that the basal ganglia facilitate desired behaviors by filtering out and preventing competing unwanted behaviors from interfering. A dysfunction in the ba-sal ganglia based on this model could result in the clinical spectrum associated with Tourette syndrome: tics, obsessive-compulsive behavior, and attention-deficit/hyperactivity disorder (ADHD), all of which involve impaired inhibition of unwanted behaviors.

Tourette syndrome is diagnosed through detailed personal and family history, together with physical, neurological, and mental state examinations. There are no specific diagnostic investigations, although in late-onset tic disorders, it is important to rule out brain lesions with neuroimaging and to check serum levels of copper and ceruloplasmin to exclude Wilson disease.

Tourette syndrome is a lifelong disorder. Tics, which first appear at a mean age of 7 years, characteristically wax and wane in severity, with transient periods of remission. Stress has been shown to be a factor in the increase of tic severity; as noted, there are reports of increased symptoms in stressful situations.14 Recent follow-up studies suggest symptoms reach peak severity when the patient is 10 years old; by the time the patient is 18, the severity is largely reduced.15 One-third of children with Tourette syndrome will become symptom-free by adulthood, and one-third will exhibit only mild symptoms that require no treatment.16

Reassurance or psychological intervention may be sufficient for patients with mild symptoms. There is considerable evidence to support the use of habit reversal training-a specific type of behavioral approach-as an alternative or adjunct treatment for some patients who have Tourette syndrome.17

For the majority of patients, however, pharmacological intervention proves most beneficial in treating tic symptoms and associated behaviors. The choice of medication should be based on the predominant symptom (Table 2). For tic symptoms, neuroleptics (such as haloperidol and pimozide) and atypical antipsychotics (including risperidone and aripiprazole) are useful. In general, the atypical antipsychotics have a better tolerability profile. Clonidine is also a first-line agent for tic symptoms and comorbid ADHD.

Only 1 in 10 patients with Tourette syndrome has no other behavioral problems, as evidenced by studies in both epidemiological and clinical settings.18,19 The most common comorbid psychiatric disorder in patients with Tourette syndrome is ADHD, followed by obsessive-compulsive disorder (OCD), and affective disorders. In patients who have comorbidities, higher levels of anger control problems, sleep difficulties, coprolalia, and self-injurious behaviors have been reported.18

ADHD affects as many as 60% to 80% of patients with Tourette syndrome. ADHD symptoms are seen to occur even in subclinical cases identified through epidemiological studies.20 The 2 disorders share a similar clinical picture, which suggests an overlapping but unknown neurobiological basis and, more controversially, a shared genetic background.21,22

ADHD symptoms are frequently the first to emerge in patients with a dual diagnosis (according to DSM criteria, ADHD symptoms should appear before age 7). The diagnosis of ADHD in a young patient with Tourette syndrome requires thorough assessment: apparent ADHD symptoms may be a result of the child trying to suppress tics or the restlessness the tics cause. A further complication is sleep disturbance: sleeping problems have been seen both in children with ADHD and in children with Tourette syndrome.

The cautious use of stimulants, such as methylphenidate, for the treatment of patients with both Tourette syndrome and ADHD has recently been advocated.23 As noted, clonidine has also been used successfully in patients with Tourette syndrome and ADHD.24 In addition, clonidine may be useful as an adjunctive treatment along with stimulants; some suggest that this agent extends the effects of stimulants while controlling their adverse effects.25 As a successful treatment for sleeping difficulties in children with neurodevelopmental disorders, clonidine may be useful given at night.26

OCD is thought to affect from 11% to 80% of patients with Tourette syndrome. OCD and Tourette syndrome are intimately related and share similar characteristics. Both are lifelong disorders with childhood onset that feature voluntary behaviors as responses to involuntary sensations, exacerbated by stress. The similarity of the 2 disorders supports the hypothesis that certain obsessive-compulsive behaviors are part of the spectrum of Tourette syndrome.27,28

The obsessive-compulsive behaviors found in Tourette syndrome appear to be both clinically and statistically distinct from those found in OCD in its isolated form. Patients with primary OCD more often have obsessions concerning dirt and compulsions concerning cleaning, while patients with Tourette syndrome and comorbid OCD have significantly more violent, sexual, and symmetrical obsessions along with forced touching, counting, and self-damaging compulsions.29 Those with both conditions experience compulsions that arise spontaneously, whereas patients with primary OCD characteristically experience compulsions preceded by cognitions.

OCD responds to SSRIs, such as sertraline and fluoxetine, or the tricyclic antidepressant clomipramine. Tic symptoms, however, are usually unaffected by SSRIs. Some suggest that augmentation with a typical neuroleptic is indicated for the patient with Tourette syndrome who does not respond to an SSRI.30

Affective disorders are common among patients with Tourette syndrome; the lifetime risk is 10% and prevalence ranges from 1.8% to 8.9%. The cause of depression in patients with Tourette syndrome is probably multifactorial.27 Depression may arise because of the patient’s need to cope with a chronic, stigmatizing disorder, or because of bullying in school. Patients who receive pharmacological treatment may experience depression as an adverse effect of the medications (such as haloperidol and risperidone) commonly used in Tourette syndrome. Depression is also a common complication of OCD and is a major comorbid disorder in patients with ADHD. Thus, the depressive symptoms may be secondary to comorbid OCD or ADHD.

Three studies in clinical settings have consistently found a higher prevalence of personality disorders in patients with Tourette syndrome than in controls.31-33 The most frequent personality disorders are borderline, depressive, obsessive-compulsive, paranoid, passive-aggressive, avoidant, and schizoid types. One study found that 15% of the 102 patients with Tourette syndrome fulfilled diagnostic criteria for schizotypal personal-ity disorder, best predicted by high obsessional and anxiety ratings.33

Advances in therapeutic avenues are providing specialists with new treatment options for complex cases. Specifically, deep brain stimulation, which targets the basal ganglia and/or the thalamus, is emerging as a promising neurosurgical approach for highly select, severely affected, treatment-resistant patients. Preliminary reports provide initial support for the efficacy and safety profile of this procedure.36

Tourette syndrome is rarely considered in isolation: its clinical picture is often influenced by closely related conditions, such as OCD, ADHD, impulse discontrol, and affective disorders. A major topic for future research is the precise nature of the relationships between these disorders. Those who treat patients with Tourette syndrome must be prepared to deal with associated symptoms from comorbid disorders and should aim therapy at the predominant symptom. Disease-specific instruments, such as the recently developed Gilles de la Tourette syndrome–quality of life scale37 may assist physicians in the assessment of the symptoms that need to be prioritized.