The Genetics of Temperament-An Update 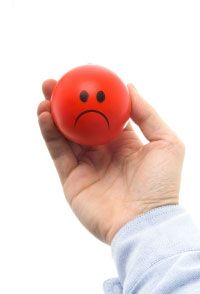 Before we start, it might be useful to know that my friend’s household consists of a husband, a wife, and 2 little girls, aged 6 and 9. Their temperaments could not be more different. The 6-year-old is little Miss Sunshine-socially fearless, prone to risk taking, ebullient, confident. She will charge into a playroom full of strangers, initiate 2 conversations at once, quickly survey all the toys in the room, and then lock down on the dolls, playing with them for hours.

Her big sister behaves in exactly the opposite way. She seems fearful, tentative, cautiously tiptoeing into the same playroom after only reluctantly leaving her mother’s side. She will then find some safe corner and just sit there. It is a bit sad to watch; this older girl seems to show no interest in exploring, hardly speaks at all, and appears scared if somebody tries to talk to her. She is extremely averse to taking risks of any kind.

The younger daughter doesn’t have a shy bone in her body. The older daughter appears highly reactive, anxious, and afraid. Yet, they both come from the same family. What is the difference between these 2 kids?

A partial answer comes from the laboratory of legendary psychologist Jerome Kagan, in case you’ve forgotten your Psych 101. Many years ago, Kagan noticed that babies seemed to fall into a reactivity continuum. Some kids at one end of the spectrum behaved like my friend’s self-confident 6-year-old girl. At the other end resided kids who were like the self-doubting 9-year-old. And there were kids whose behaviors fell between the extremes.

Temperament provides the emotional and behavioral building blocks on which adult personalities are constructed.

Kagan was the first to posit that where a child sat on this continuum-a description of one dimension of their temperament-was in large part hardwired-or at least, observable shortly after birth and mightily resistant to change. These traits may even be genetic. Now that several longitudinal studies have matured and their research paybacks have long since been cashed, Kagan’s insights have been shown to be well-placed. Temperament is resistant to change, depending on how you define it, and there may even be a few genes that help explain the behaviors. Because it may have been a while since your last psych class, I thought you’d like an update.

We will begin by briefly reviewing the definition of the notion of temperament, spend some time discussing Kagan’s initial experiments, then move to a genetic system that shows great promise in helping to describe the DNA behind the behavior. Feel free to skip to the section, “The gene work,” if Kagan’s great body of research is part of your vocabulary.

A review of temperament

In the cognitive neurosciences, temperament is a multilayered concept. It is often defined as a person’s characteristic way of responding emotionally and behaviorally to external events. These responses are fairly fixed, innate, and observable soon after birth and may have genetic components. Personality is defined as not being so immutable. It is shaped primarily by the parental and cultural factors into which a child is born and raised.

There is some real controversy about the edges of these definitions, of course-conflicts typical of the “nature/nurture” battlefields researchers have been fighting for decades. Jerome Kagan was really the first to sink some empirical teeth into an argument previously based on opinion. He screened 400 kids way back in 1979, doing experiments in places similar to the rooms in which the 6- and 9-year-olds mentioned above were playing. He found about 15% acted like the younger daughter (behaviorally ebullient, or low-reactive [LR]) and another 15% acted like the older daughter (behaviorally inhibited, or highly reactive [HR]). He measured a subset 5 years later and found things were remarkably stable. Only 3% of the children had actually changed categories.

Kagan next investigated 500 kids starting at 4 months of age, coding them using the same LR or HR behavioral algorithms as before. He retested these same kids at 4, 7, 11, and 15 years (the experiment is still ongoing, although Kagan has retired and bequeathed the work to another colleague). He found that HR babies were 4 times more likely to be behaviorally inhibited by age 4 (like my friend’s older daughter). By age 7, some form of anxiety had developed in half of these kids, compared with 10% of the control HRs (who made up about 20% of the population).

As HR kids navigated through school, Kagan noticed most were academically successful, even if they were a bucket of nerves. They got good grades and made lots of friends. They were less likely to experiment with drugs, to get pregnant, or to drive recklessly-perhaps because of an anxiety-driven need to acquire compensatory mechanisms to socialize properly. Kagan actually liked HR people and regularly employed them during his research career. “I always look for high reactives,” he told The New York Times in 2009. “They’re compulsive, they don’t make errors, they’re careful when they’re coding data.”

Kagan’s conclusion? Babies come into this world with an inborn temperament. About 20% are born with a predisposition to anxiety-a behavioral type that remains remarkably stable over time. Kagan calls this the long shadow of temperament.

There are, of course, confounders and nuances to these conclusions, familiar to anyone who does behavioral work for a living. Kagan and colleagues have shown that these findings are not necessarily deterministic. Not every brain state sparks the same behavior. Nor do they say everything there is to know about temperament. Kagan freely admits he is only studying 1 dimension of the phenomenon-the reaction to new things. At least 6 different dimension scales have been cited by researchers in the field at various times to describe this multidimensional idea, ranging from fearful distress to attention span/persistence to rhythmicity. (For the complete list, see the Figure.)

Most important, these studies make conclusions about tendencies, not destinies. Even when the trends are strong, the predictive power of Kagan’s work runs in 1 direction. The data do not forecast what these children will become as much as they predict what they will not become. HR infants will not grow up to be exuberant, outgoing, bubbly, or bold. The older daughter will never become the younger daughter.

Even with these caveats in mind, the data almost beg for genetic research. The fruit of one of these inquiries is described next.

The discoveries suggesting genetic components to temperament started with that workhorse of the human behavioral lab-twin studies, monozygotes versus dizygotes versus siblings versus strangers. Clear findings emerged. Using infant temperamental inventories, the degree of resemblance (correlation) for identical twins was shown to be about 0.4. For fraternal twins and non-twin siblings, the resemblance score was between 0.15 and 0.18. In these studies, about 60% of kids who seemed very inhibited as youngsters grew up to be inhibited as adults. They were prone to the same strong fears and phobias shown previously and were the most anxious in the group. Ninety percent of the uninhibited group stayed uninhibited as a group when adults.

A 0.4 resemblance score is enough to start thinking about DNA. Not surprisingly, molecular biologists have gotten into the fray in the past few years. It has admittedly been tough going. The twin findings hardly represent a 100% determinative slam dunk, and that’s because of this work’s ancient foe-nature versus nurture. Discovering what percentage of nature and nurture exists within any human behavior is hard to do, plagues even the most robust research of this type, and is not accomplished in the gene I am about to describe. The word “partial influence” or “susceptibility” could-and should-be used for the following.

There is a gene that is considered by some researchers to play a large role in the ebullient risk takers at the far end of Kagan’s findings. It is sometimes called the risk-taking gene, dopamine receptor D4 (DRD4). This protein is a member in good standing of the range of molecules capable of binding to dopamine and exerting its specific physiological effects.

There is a large number of variants (polymorphisms) in this gene. One that has received a great deal of attention is a variable number terminal repeat (VNTR) in exon 3. That last sentence is a bit dense and is described below.

An exon refers to the structure of a gene as it lies on a chromosome. As you may recall, structural genes in eukaryotic cells are discontinuous. Genes are sprinkled with regions that code for protein (called exons) and regions that code for nothing (called introns). They can possess VNTRs. Exon 3 is simply the third exon from the starting sequence and possesses the VNTRs in question. Each VNTR is 48 base pairs in length.

DNA samples from many people have been isolated, and the DRD4 gene characterized. They are infested with 48–base pair VNTRs, which can be divided roughly into “short form” and “long form” versions of the repeat. The short form is considered to be under 6 repeats of the VNTR. The long form is anything over 6 tandemly repeated sequences.

The collision between the DRD4 polymorphisms and Kagan’s work occurred more than a decade ago when it was noticed that people who scored high for risk-taking behaviors possessed the long variant of the DRD4 gene. Those who did not, carried the short form. This association has been replicated several times.

Further studies with these polymorphisms seemed to show a parenting effect. Most kids who have an emotionally distant parent develop “externalizing behaviors,” heart-breaking attempts to get their parents to pay attention to them. Those behaviors vanish if the kid has a specific variant of the DRD4 gene. They seem Teflon-coated, stress-resistant, and show little probability of becoming emotionally insecure.

Of course, all these data are correlative-the causal work has yet to be done-which means there’s a lot more work to do. One central mystery is figuring out exactly how low- or high-reacting behaviors and risk-taking behaviors relate to each other. DRD4 does lots of things besides mediate temperament. The role of other genes has not yet been determined. Most behaviors of this complexity are the result of dozens of interacting gene sequences.

So, the work continues. It is always marvelous to see well-done behavioral research starting to be fleshed out in molecular terms-even if there is a long way to go. The information certainly seemed to soothe my friends when I told them about it. They, like all good parents, felt the behavioral differences in their little girls were entirely a result of their failings as parents. In fact, the daughters may have been guilty of nothing more than, for better or worse, choosing their parents the way they did.