Six months after the deadline for a final rule, 3 federal departments published an interim final rule that leaves a number of questions open about the application of the expanded mental health parity law passed by Congress in October 2008. But the penultimate version of the implementing regulations won mostly praise from psychiatrists and psychiatric hospitals. 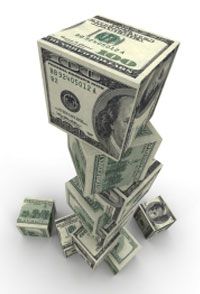 Six months after the deadline for a final rule, 3 federal departments published an interim final rule that leaves a number of questions open about the application of the expanded mental health parity law passed by Congress in October 2008. But the penultimate version of the implementing regulations-changes will undoubtedly be made based on comments-won mostly praise from psychiatrists and psychiatric hospitals. Managed behavioral health care organizations were critical of some aspects, however.

The interim final rules published on January 29, 2010, put some meat on the bones of the Paul Wellstone and Pete Domenici Mental Health Parity and Addiction Equity Act of 2008 (MHPAEA). That law expanded the 1996 mental health parity law, which applied only to annual and lifetime limits, to financial requirements (such as deductibles), and to treatment limitations (such as number of outpatient visits) under group health plans covering more than 50 employees. It also applies to medical management techniques used by managed behavioral health companies and insurance companies, an issue that continues to be controversial and that the agencies are likely to expand on in a final rule expected later this year. That final rule will also provide guidance on how parity applies to scope of benefits, also referred to as the “continuum of care” issue. More on those two “hanging chads” in a moment.

Based on the initial, interim decisions, Jennifer Tassler, JD, Deputy Director, Regulatory Affairs, American Psychiatric Association (APA), said the APA “is very pleased.” She added, “The intent of insuring parity as described in the law is preserved in the rules, although there are some further areas we want to address with [the] Department in our comments.”

Pamela Greenberg, President and CEO, Association for Behavioral Health and Wellness, said her group was glad the interim rules are out so managed behavioral health companies can implement the law, which went into effect last October. “But I think the regulations are expansive and went beyond the intent of the law, especially in the area of nonquantitative treatment limitations.” Those include medical management standards; prescription drug formulary design; standards for provider admission to participate in a network; determination of usual, customary, and reasonable amounts; requirements for using lower-cost therapies before the plan will cover more expensive therapies (also known as fail-first policies or step therapy protocols); and conditioning benefits on completion of a course of treatment.

Actually, the interim regulations are nuanced on this issue. It is clear that an insurer cannot apply nonquantitative techniques to mental health benefits more severely than to medical and surgical benefits. However, the interim regulations offer an “out” from parity in this area by stating: “However, these requirements allow variations to the extent that recognized clinically appropriate standards of care may permit a difference.”

Question: At what point does overzealous application of medical management become illegal?

Tassler explained that the APA has seen some insurance plans recently increase prior authorization requirements for mental health benefits when no corresponding increase is evident for medical benefits. “That is clearly prohibited under these regulations,” she said. “But there is a question of at what point does overzealous application of medical management become illegal. The analysis will be fact-based in each case. But we are concerned that the burden of proof for patients may be too high.”

Greenberg noted that to the extent that insurers are unable to use nonquantitative techniques for mental health benefits, those costs might rise precipitously, allowing companies to either opt out of parity or drop mental health benefits altogether. “Nobody wants to see employers drop coverage, not even employers,” she emphasized. Companies that experience more than a 2% increase in health insurance costs in the first year of implementation can opt out in the second year. They then must adhere to parity in the third year, and if mental health costs exceed 1% in the third year, they may opt out in the fourth year.

The regulations are clearer with regard to parity for deductibles, which has been another controversial issue. The 1996 law allowed separate deductibles for mental health and medical treatment costs. Although the MHPAEA is silent on this, the Department of Health and Human Services (HHS), the key agency involved in this rule making, decided to dictate a single deductible for both medical and mental health costs. That is what the APA had pressed for.

With regard to parity’s application to the level of outpatient and inpatient copayments, the regulations are fairly clear here too. Plans cannot establish higher copays for specialists such as psychiatrists than for social workers or psychologists who provide mental health services. In terms of determining a parity copay for mental health services, an insurer has to set it at the copay level it charges for “substantially all” medical/surgical services within a given category (eg, outpatient, in-network), defined as two-thirds of the copays it charges. So if medical/surgical copays for various services are $10, $10, and $50, the plan must adopt a $10 copay for equivalent mental health services. If copays are $10, $10, $10, $30, $50, and $80, the plan must pick the “predominant” copay, defined as 50%, which in this case would be $10.

Mark Covall, President and CEO, National Association of Psychiatric Health Systems (NAPHS), said it is easier to discern the continuum on the inpatient psychiatric care side than on the outpatient side. The NAPHS had worried that insurance companies might argue, for example, that psychiatric residential treatment for a child did not have to be covered because there is no such comparison treatment for children with medical/surgical health problems.

However, to the extent that the HHS established 6 categories (inpatient, in-network; inpatient, out-of-network; outpatient, in-network; outpatient, out-of-network; emergency care; and prescription drugs) for the purpose of comparing mental health with medical/surgical health, Covall argued that the NAPHS concerns have been assuaged. He believes, for example, that “inpatient” on the medical/surgical side means more than just hospital services (eg, skilled nursing services are within the continuum) and that psychiatric residential treatment is equivalent to skilled nursing on the medical/surgical side. He concedes, however, that comparisons are tougher on the outpatient side, with mental health community-based programs and partial hospitalization possibly not corresponding to similar treatment options on the outpatient medical/surgical side.