Traumatic brain injury (TBI) in children and adolescents is a major public health problem. Psychiatrists have a crucial role in the management of young persons who have a TBI. 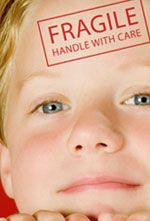 Traumatic brain injury (TBI) in children and adolescents (hereafter referred to as children) is a major public health problem. The incidence of TBI in children younger than 15 years is 400 cases per 100,000 each year. Psychiatrists have a crucial role in the management of young persons who have a TBI.

What new information does this article provide?
? This article reviews preinjury and postinjury psychiatric disorders in terms of clinical phenomenology, neuroimaging lesion correlates, and psychopharmacological therapy and psychotherapeutic approaches.

What are the implications for psychiatric practice?
? The primary implication is a call to practitioners to embrace the challenge of treating children with a TBI, given the concentration of preinjury and postinjury psychopathology in these patients.

Injury severity is typically classified according to the Glasgow Coma Scale (GCS), which is a measure of responsiveness in the acute postinjury phase. The scale ranges from 15, which represents normal responsiveness, to 3, which indicates complete unresponsiveness in eye opening, verbalization, and motor function. Severe TBI is typically defined as a GCS score of 3 to 8, a score of 9 to 12 suggests moderate TBI, and mild TBI is a score of 13 to 15. Mild TBI is further classified, depending on the presence or absence of brain neuroimaging evidence of intracranial damage, into "complicated mild" TBI and "uncomplicated mild" TBI. Accumulated findings have shown that novel psychiatric disorders occur after severe TBI, moderate or mild TBI, and orthopedic injury fracture controls in 54% to 63%, 10% to 21%, and 4% to 14% of children, respectively.1

Table 1 summarizes injury/psychosocial correlates for novel psychiatric disorders and Table 2 summarizes neuroimaging correlates for novel psychiatric disorders. Specific novel psychiatric disorders cover the range of psychiatric disorders that are seen in noninjured children with the notable addition of DSM-IV-TR’s personality change due to traumatic brain injury (PC). PC is critical to recognize and classify correctly because it is generally the most debilitating syndrome that complicates recovery. The name of the syndrome is somewhat misleading because it does not measure personality and is not a personality disorder, but rather it is a syndrome characterized by clinically significant subtypes of affective lability, aggression, disinhibition, apathy, and/or paranoia. Technically, the diagnosis should only be made if symptoms have persisted for at least 1 year. However, the impairing symptoms are evident within days of the TBI after resolution of posttraumatic amnesia.

The affective lability subtype is the most common, and neuroimaging correlates of the syndrome reflect damage to dorsal frontal lobe regions with corresponding failure to regulate affective expression generated by ventral frontal systems.2 As such, PC is associated with dysregulation of other affective states, including anxiety and depression.

Secondary ADHD (SADHD) is the term assigned to novel ADHD. Clinically, there is a predominance of the inattentive type, although all types occur after injury. SADHD is significantly comorbid with PC. There appears to be a confluence of neuroimaging correlates of SADHD and developmental ADHD. However, emerging neuropsychological studies of SADHD versus developmental ADHD are not yet definitive regarding similarity of test performance.

Psychiatrists will recognize other novel psychiatric disorders, such as anxiety disorders, depressive disorders, oppositional defiant disorder (ODD), conduct disorder, and even mania on rare occasions. Caution is required for correct diagnosis because casual counting of symptoms from a list of diagnostic criteria can lead to erroneous conclusions. New-onset irritability may be classified under a diagnosis of PC, major depression, PTSD, or ODD. New-onset concentration difficulties may be part of SADHD, major depression, generalized anxiety disorder, or PTSD. Forgetfulness may be part of SADHD or PTSD, or it may be an isolated symptom (not related to a defined psychiatric disorder) directly related to neurological damage.

An understanding of the context of each symptom and appreciating the cohesiveness of the constellation of symptoms is the path to correct diagnosis. For example, poor concentration that is related to a child being preoccupied with intrusive thoughts of the injury incident and forgetfulness because the child would rather not remember such a traumatic event are more likely to be consistent with PTSD than SADHD, providing that other symptoms of PTSD are also present.

The question of whether all novel psychiatric disorders should be considered to be caused by a general medical condition, ie, TBI in this instance, cannot be definitively answered until children with specific novel psychiatric disorders are compared across many characteristics with uninjured children with corresponding psychiatric diagnoses. Relevant characteristics for comparison of the syndromes are specific symptom frequencies, disorder subtypes if applicable, natural history, neuropsychological profiles, imaging characteristics (eg, regions of interest volumes, microstructural white matter integrity), family history of the psychiatric syndrome, and treatment response.

• The behavior problem is an immediate secondary effect of the accident (eg, an emotional response to the accident, such as PTSD)

• The behavior problem is a long-term secondary effect of the accident (eg, the conduct problems and decreased effectance motivation arising from frustration produced by the cognitive and other impairments caused by brain injury)

• The behavior problems are caused by factors other than head injury

In conjunction with this framework of possible mechanisms, the development of a provisional biopsychosocial formulation enhances the planning of interventions. Key components in such a formulation are the symptom pattern, circumstances in which the case presented or was referred, precipitating events, predisposing factors, circumstances perpetuating the problem, and the prognosis with or without treatment. Research should guide the clinician in determining which pathway(s) is(are) relevant for each case.4

The paucity of psychopharmacological treatment research in children with a TBI has led to a general approach to address syndromes and target symptoms that is similar to the approach used in children without brain damage.

PC-affective instability and aggressive subtypes. The following guidelines are anecdotal because there are no studies of treatment of children with PC. It is important clinically to differentiate the subtypes of PC because treatment modalities are different for each. The affective instability and aggressive subtypes often co-occur and respond to treatment in a similar manner. Mood stabilizers, such as valproic acid and carbamazepine, can be effective when they accompany a behavior modification program that targets aggression. The addition of an SSRI to a mood stabilizer may also be helpful. This may be surprising for clinicians who work with children, because of the well-known adverse effects of restlessness and irritability with SSRIs. (Adults with affective instability in the form of pathological laughter and pathological crying respond well to SSRIs.)

PC-disinhibited, paranoid, apathetic subtypes. The disinhibited subtype is difficult to treat with psychotropics or behavioral therapy. Aides at school may be required to closely supervise the child. Support and education for parents are important to optimize overall family function. The paranoid subtype is uncommon in children. Use of a neuroleptic medication, such as risperidone, may be beneficial during the acute hospitalization or in the rehabilitation unit if the symptoms are interfering with treatment regimens. The clinical presentation will guide decision making. Potential treatment benefits versus risks with regard to modification of neuronal recovery have been elucidated in animal models. The apathetic subtype is also uncommon and may respond to stimulants or SSRIs.

ADHD. In a review of the literature on use of stimulants in children with a TBI who have attention and concentration deficits, several studies showed positive results, while one study reported negative results.5 Anecdotal evidence suggests that children with SADHD respond to stimulants. There is an unfortunate popular belief that children with brain damage do not respond to this treatment. However, even with stimulant treatment of SADHD, a child with a severe TBI may still have comorbid disorders that may require management. In addition, cognitive and adaptive function impairments necessitate other interventions. There are no studies of bupropion or TCAs for SADHD. Bupropion is generally avoided because of a risk of seizures; however, there are no research data to guide its use in children with a TBI. Caution should be observed when prescribing TCAs, especially because of their adverse effects on cardiac conduction.

Depression. There are no studies of treatment of depressive disorders in children with a TBI. Clinical experience suggests that SSRIs are effective. Amitriptyline may be effective for depression and comorbid posttraumatic migraines if the child cannot tolerate an SSRI.

There are encouraging preliminary findings regarding Web-based family treatment protocols that have been modified for young children with TBI. The focus on the family in treatment studies is appropriate, given that preinjury family function significantly predicts child outcome and postinjury family function. Families should be offered educational, clinical, school re-entry program consultation, and advocacy services. Enhancing the family’s ability to manage the child appropriately and limit complications from a delay in diagnosis and treatment of psychiatric, cognitive, academic, and medical problems in the intermediate and long-term phases after a TBI may lead to improved outcomes for the child.

General principles of psychosocial treatment should be applied to emotional or behavioral sequelae of post-TBI disorders, such as phobias, PTSD, and ODD, until there are studies to guide the clinician. Situations in which families react to the child with overindulgence because of guilt or with a laissez-faire approach to danger of reinjury by reexposing the child prematurely to hazards may need to be addressed.

Nurcombe B. The comprehensive diagnostic formulation. In: Nurcombe B, Gallagher RM, eds.

The Clinical Process in Psychiatry