Trouble in Paradise: Carbon-Fuel Air Pollution Linked to Disorders Across the Lifespan

We cannot protect our patients without protecting our planet. This means a personal and professional commitment to green our activities by considering the carbon effects of how we do our work. 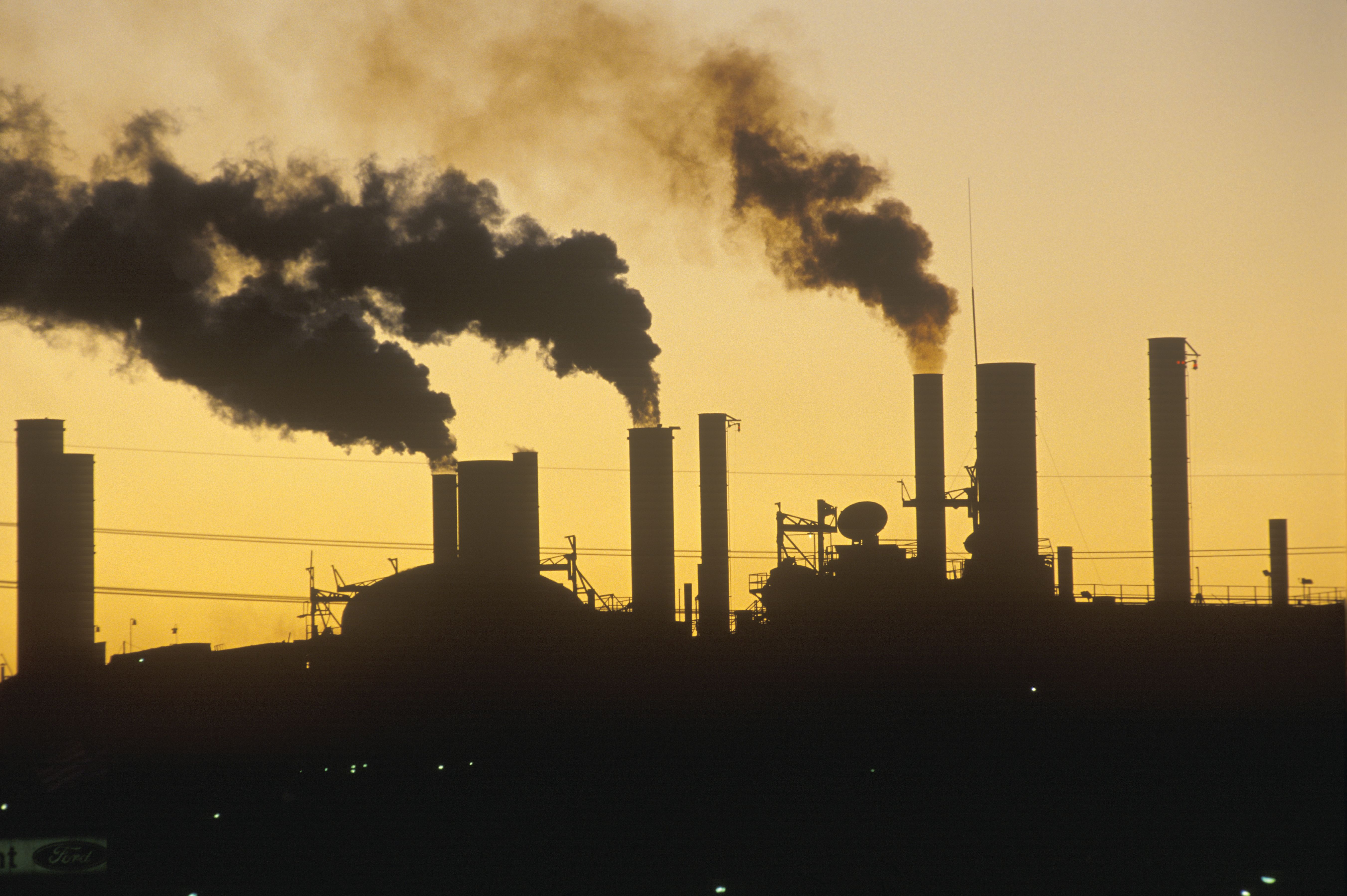 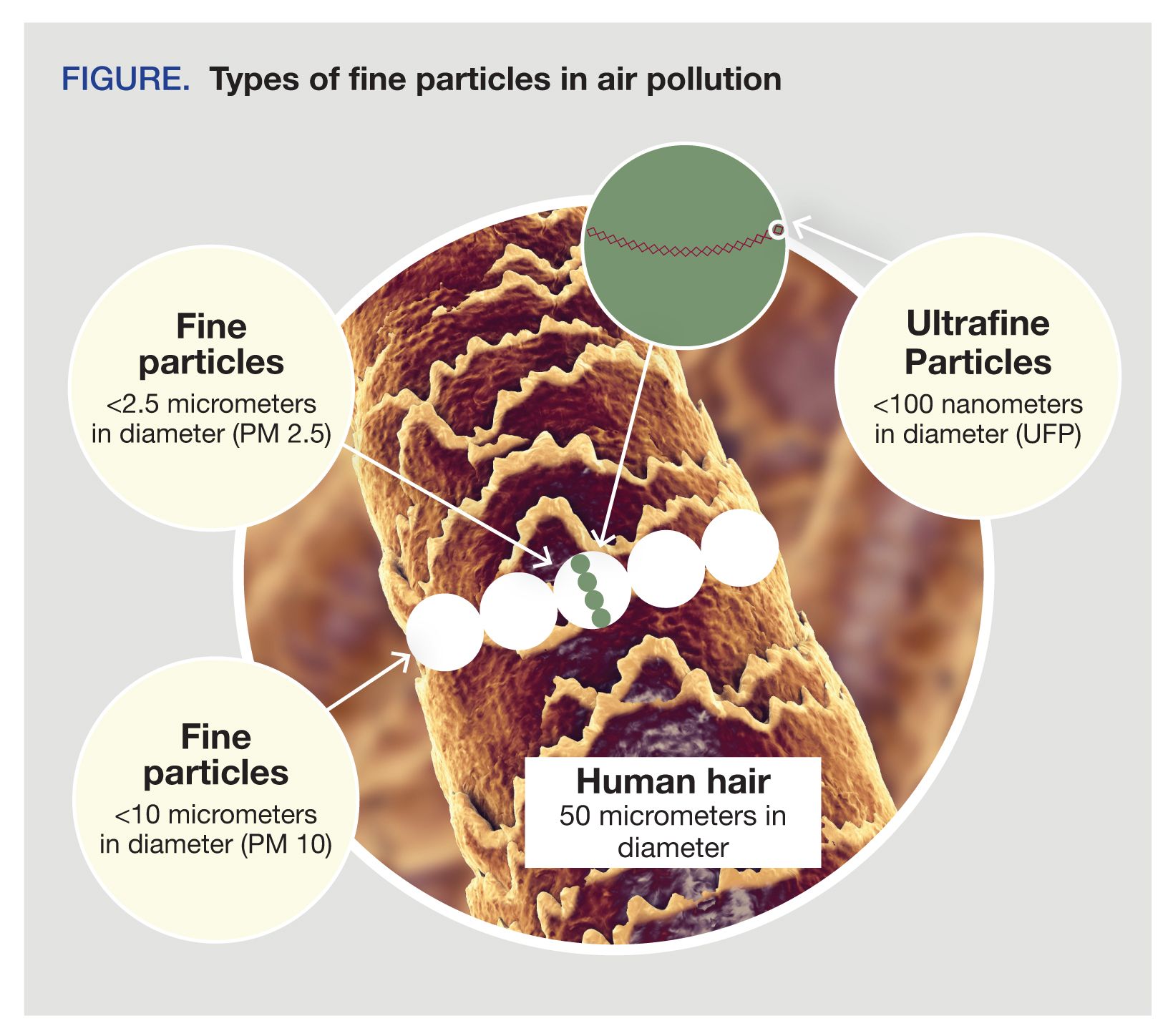 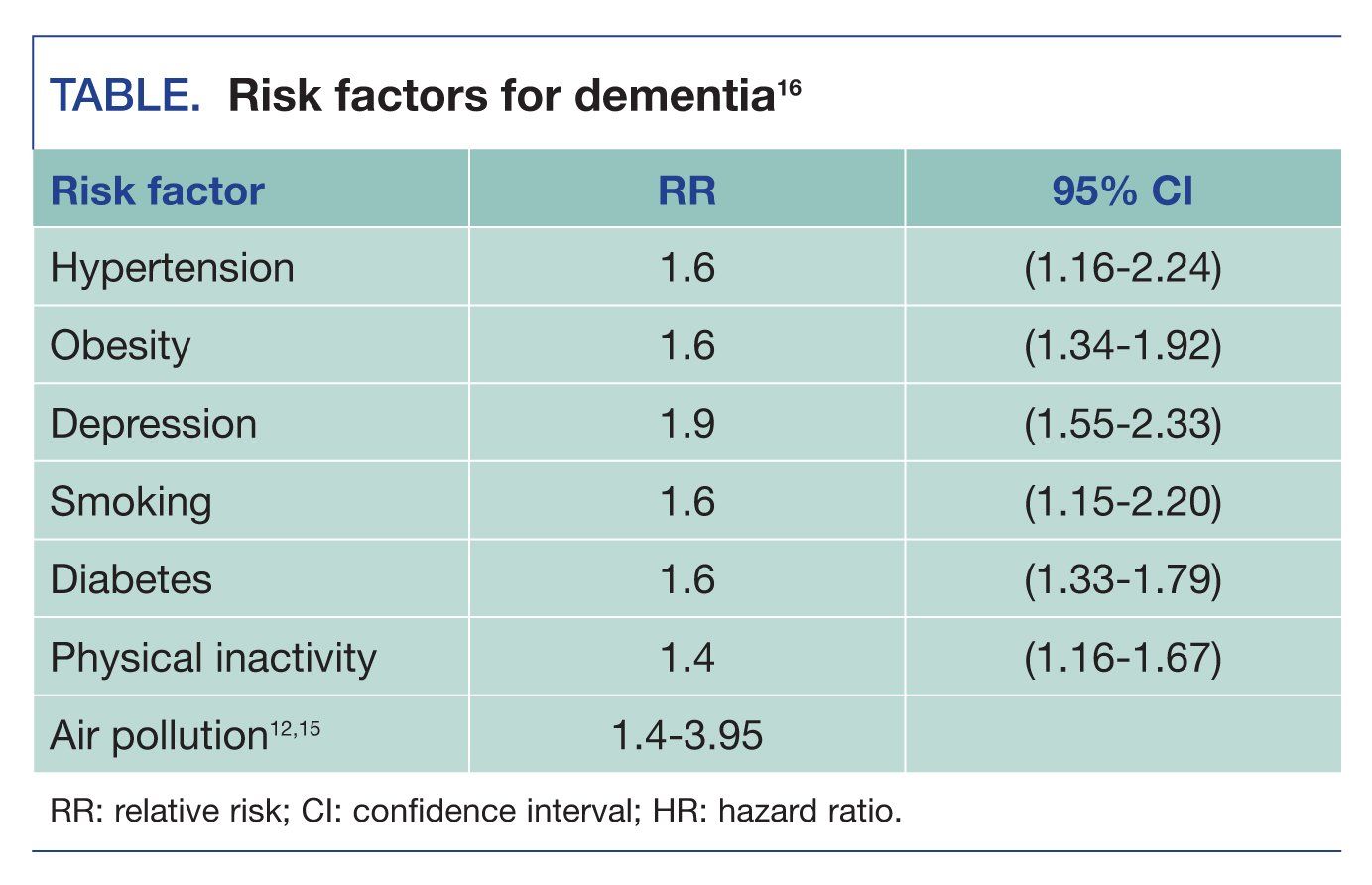 The flames that swept through Paradise moved at the speed of a “football field per second.” Visiting San Francisco (ironically, to hear my beautiful daughter present her environmental research at an academic meeting), I could avoid air quality in the “hazardous” range by at most 30% by staying indoors. But we could not hike together or have a cafÃ© lunch without burning pain in our heads, skin, and lungs. Day after day, the air remained an ugly yellow-grey, thick with air pollution particles.

What is air pollution?

The particles that make up air pollution are organized by size, from ultrafine particles (UFPs) 1 micron in diameter to PM 2.5 and PM 10, which are 25 and 100 times larger, respectively. They share a similar structure: various (poly) circular (aromatic) hydrocarbons (PAHs) with a high surface charge bind to a core of organic carbon-the carbon naturally in the air-that attracts heavy me- tal ions and oxidative elements, which allows them to aggregate into the particles of various sizes (Figure).

Ultrafine particles and PM 2.5’s enter the brain by mechanisms that include vascular uptake and transport across the blood-brain barrier and retrograde neuronal transport similar to the herpes virus, along both pulmonary nerves that track to the vagal system and through the olfactory bulb. Ultrafine particles can penetrate the cell nucleus, causing both epigenetic changes and oxidatative damage.

Studies of the effects of these air pollution particles show dramatic effects across the lifespan, including impaired fetal growth in utero and smaller head circumference at birth, decreased scores for verbal and nonverbal intelligence, memory restriction, and poor performance on tests of visual reaction time, pursuit aiming, and others by ages 8 to 11 years.1,2

There are associations with a wide range of developmental disorders including autism, ADHD, learning disorders and other disorders of child behavior.3Frederica Perera and her colleagues studied infants born near high-polluting coal plants in Beijing, Krakow, and New York.4 Their work demonstrated that these babies had developmental delay, lower IQs, more anxiety, depression, and inattention, and reduced brain white matter, all of which correlated with levels of PAH-DNA.

In parallel to Perera’s work on the topic, Lilian Calderon-Garciduenes and colleagues,5 noting that dogs in Mexico City developed dementia-like behaviors at an early age, began a series of autopsy studies of children killed in traffic accidents in Mexico City and compared them with children who died in less polluted areas. Their findings indicate a wide variety of neuropathological changes similar to those seen in Alzheimer disease.

In a second study, her group found that compared with children from clean air environments children in Mexico City exhibit systemic and brain inflammation and low cerebrospinal fluid AÎ²1-42 as well as the breakdown of nasal, olfactory, alveolar-capillary, duodenal, and blood-brain barriers.6 Volumetric and metabolic brain changes, attention and short-term memory deficits, and hallmarks of Alzheimer and Parkinson disease were also seen.

With the frequent fires and increasing carbon in the air, many American adults now also have urgent questions for their doctors about how air pollution may be affecting their health, and for their psychiatrists, their brains. Fortunately, there is a beautifully curated and frequently updated source for all the articles documenting these effects, run by Utah Physicians for a Healthy Environment.

The systemic inflammatory reaction to air pollution is similar to that of cigarette smoke and raises mortality at any level of the air pollution index, even those rated acceptable by the EPA.7 Air pollution increases the risk for pulmonary illnesses, particularly asthma and COPD.8 Moreover, it is associated with stroke and myocardial infarction; cancers such as brain, breast, lung, prostate, stomach, and childhood leukemia; and other physical illness.

Increasingly, the psychological stress of being unable to escape exposure to air pollution contributes to morbidity. The total mortality burden of particle and ozone pollution is estimated at 5.5 million premature deaths per year.9 In the US, the cost of air pollution damage has been estimated at $131 billion per year, most due to health effects, and would be expected to climb this year.10

The link between air pollution and dementia is similarly dire, with further evidence of impact found in several large studies published in 2017 and 2018. Previous studies have established strong associations between air pollution exposure and cognitive decline in older adults. Weuve and colleagues11 assessed the rate of cognitive decline in 19,409 women. Serial assessments were done every 2 years over 7 years. For every 10-point increase in EPA air quality score, there was a .02 point decline on global cognitive score. While this may not sound calamitous, this difference is equivalent to 2-years’ increase in age.

Given that many locations are regularly experiencing increases in particle count that are 5 to 20 times higher than this, one might extrapolate to 1- to 4-point drops in global cognitive scoring every 6 years in several affected areas, if this linear relationship were to hold. Using MRI studies and data from EPA monitoring sites, Chen and colleagues12 looked at 1403 women aged 71 to 89 years. The researchers found that independent of clinical characteristics, region, lifestyle, and demographics, those in each incrementally higher quartile of cumulative PM 2.5 exposure over 10 years lacked an additional 6.63 cubic centimeters of brain compared with controls, equivalent to 2 degrees of aging.

Best and colleagues13 found that digital symbol substitution test (DSST) scores in 1764 elderly adults declined 1.8% for every 1% increase in urinary 1-hydroxypyrene, a gold standard for PAH exposure. This study controlled for alcohol and tobacco use, medications and medical conditions, and exercise. This study is also notable because both DSST and urinary PAH are acute measures that vary within a single day, highlighting the potential for population-wide acute cognitive impairment when air pollution worsens suddenly, as it does with large fires.

Most recently, in the more naturalistic setting of looking at records of primary care practices in London, Carey and colleagues15 found a 40% increase in incident diagnoses of dementia associated with top quartile nitrogen dioxide and PM 2.5 concentrations. This cohort study looked at 130,978 adults aged 50 to 79 years where a new diagnosis of dementia was noted between 2005 and 2013.

Comparable risk factors for dementia include lower education, hearing loss, isolation, depression, hypertension, diabetes, obesity, smoking, and inactivity (Table).16 Air pollution is bad for your brain to this level of significance. How can it be that many psychiatrists do not routinely educate patients about this, let alone work with them on strategies to participate in the reduction of air pollution in their homes, their communities, and their country?

Patients should know about the importance of air pollution for the brain. They can learn to track local air quality levels through sites such as airnow.gov or purpleair.org. airnow.gov shows air pollution data through color-coded maps and the air quality index (AQI). Purple air is a website promoting the sale of air quality sensors, but posts air quality results for those willing to register their devices on a dynamic map in real time. Patients may also be advised, particularly if they have respiratory illness or live in a high-risk area, to purchase an air purifier capable of filtering small air particles (reviewed here: https://thewirecutter.com/reviews/best-air-purifier/).

At a professional level, we must advocate for clean air policies that reduce fossil fuel combustion as avidly as we work for smoking cessation. While it can be harder to conceptualize one’s oil heater as a toxin comparable to a cigarette, we must find ways to connect these dots in our own minds and in those of our patients, so that the mental image associated with the word “inhale” is as closely connected to fossil fuel use as to the puff of smoke at the end of a cigarette. These conceptual changes can be difficult to make but are facilitated by concrete visible measures such as tracking AQI data in one’s home. Such measures shift awareness and begin a process of reflection that precedes personal change.

Air pollution is inextricably linked to climate change, which is the result of fossil fuel combustion and the cause of temperature and wind and weather changes that make large fires ever more likely. We cannot protect our patients without protecting our planet. This means a personal and professional commitment to green our activities by considering the carbon effects of how we do our work. We can reduce the carbon footprint of our inpatient units, through smaller units, efficiencies of staff transport, and other measures. We can consider alternatives when we use medications with particularly large carbon footprints or changing medications often. We can lessen the distance and frequency of travel both for ourselves and for our patients by living close to our work sites and by taking ourselves to rural settings rather than having each patient come to us. We can bring our personal and our profession’s financial practices in line with this awareness, divesting of assets that worsen patient health in direct and significant ways. 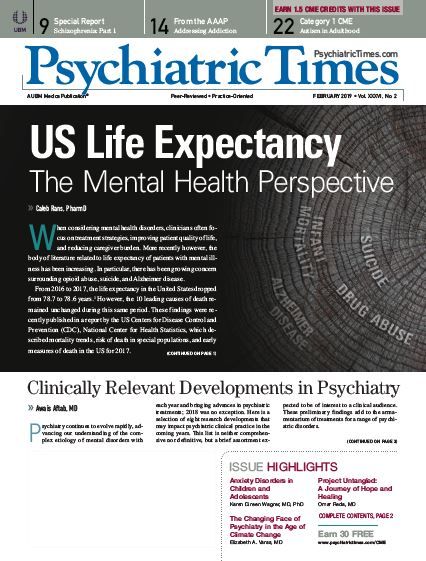