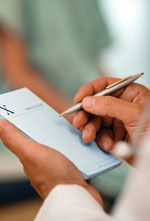 Perceived relationship power helps to explain the association between intimate partner violence (IPV) and mental health issues, according to a recent study.1 Minieri and colleagues gathered data from 304 women as part of the Criminal Justice Drug Abuse Treatment Studies (CJ-DATS). They examined intimate partner violence and mental health issues among incarcerated women with a history of substance abuse.

Regression analyses examined the relationship of perceived power and the association between a history of IPV and mental health issues. The findings suggest there is a need for services such as counseling and assessment of women's experiences with power in intimate relationships. 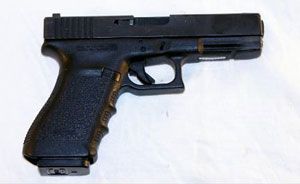 Gun owners and non-gun-owners alike support gun control policies that account for mental illness, according to a study published in a recent issue of NEJM.1

Researchers conducted two national public opinion surveys focusing on gun-policy (n = 2,703) and mental illness (n = 1,530) in January 2013. About one-third (33%) of respondents reported having a gun in their home or garage.  Overall, the majority of the respondents supported enhanced background checks, instituting greater oversight of gun dealers, and banning military-style semiautomatic weapons and large-capacity ammunition magazines, although there were some differences between gun owners and non-gun-owners.

Generally, respondents favored increased support for those with mental illness, from parity in insurance coverage to increased government spending on mental health care. However, almost half of the participants thought that people with serious mental illness are more dangerous than the general population and most noted they were unwilling to have a co-worker or neighbor with serious mental illness. In addition, the majority of respondents (85%) supported the idea of prohibiting gun ownership for people who have either been involuntarily committed to a hospital for psychiatric treatment or been declared mentally incompetent by a court.

The findings were not all negative, though. About half (58%) of the respondents said discrimination against people with psychiatric disorders was a problem, and 56% noted  that patients with mental illness could return to a productive life with treatment. 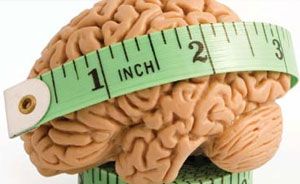 According to a recent study, a multimodal treatment program that centered on  a cognitive-behavioral approach using exposure and response prevention (ERP) can be effective in treating OCD comorbid with eating disorders.1Simpson and colleagues report that this program significantly decreased OCD and eating  disorder severity, as well as depression that often accompanies the disorders.

A diagnosis of OCD together with an eating disorder was present in study participants (n = 56) who lived in a residential treatment program. In addition to ERP focused both on OCD and the eating disorder, patients also received a supervised eating plan, medication management, and social support. Those with OCD and bulimia nervosa showed more improvement than those with OCD and anorexia nervosa. BMI significantly increased, primarily among those underweight at admission. 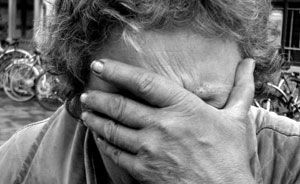 Data from a study published in the American Journal of Psychiatry1 shows that the Clinical Assessment Interview for Negative Symptoms (CAINS) is an effective tool in measuring negative symptoms in schizophrenia.

Reliability and validity of the 13-item tool were assessed in a large and diverse sample of outpatients with schizophrenia or schizoaffective disorder (N=162) across four sites. The researchers found good internal consistency, test-retest stability, and interrater agreement. They also found good convergent and discriminant validity and noted that the scales were related to real-world vocational, independent living, and social/familial functioning.

An accompanying editorial2 by Deanna M Barch, PhD, shares additional insights into CAINS. For instance, she notes the CAINS provides much broader coverage of negative symptoms than some of the other commonly used instruments. In addition, she said “the CAINS represents a critical advance for our field” both for theoretical and practical reasons.