What Do Mass Murderers Have in Common? 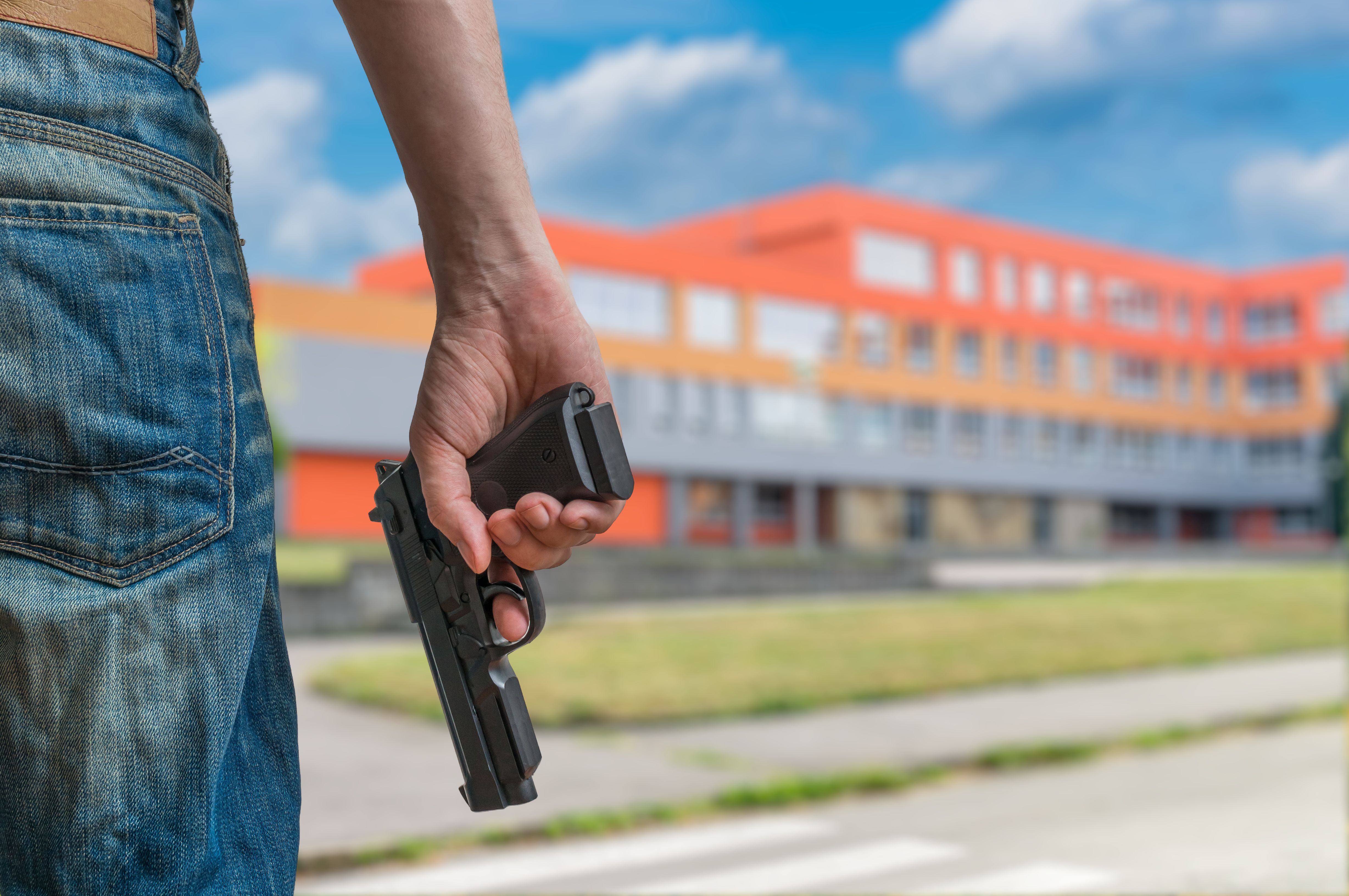 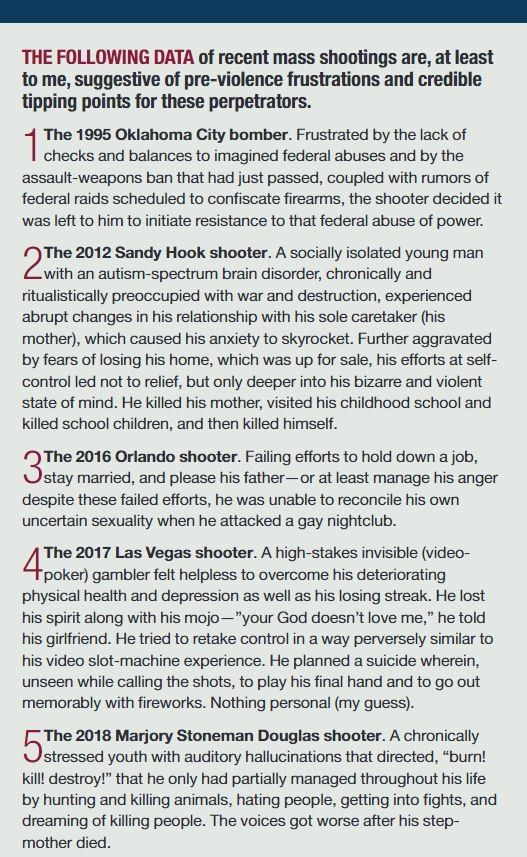 THE FOLLOWING DATA of recent mass shootings are, at least to me, suggestive of pre-violence frustrations and credible tipping points for these perpetrators.

Mass shootings in America, whether in schools, places of worship, or entertainment venues, are now predictably followed by a call for gun control, which is almost immediately followed by an objection to gun control and a call, instead, for improved mental health services. (Along with thoughts and prayers, of course.) Then, nothing.

I began carrying my own concealed weapon after the Columbine High School massacre in April 1999. But that massacre was not why I did so; that was not my tipping point. And it was not the shooting at a local hospital by a surgeon who had encountered his wife’s lover when visiting her in her hospital bed, either. (He shot the lover dead on the spot; he had a license to carry.) It was not the home visits I was directed to make-I was a staff psychiatrist at a struggling Massachusetts mental health clinic with a state contract-to check on mentally ill people in recovery in our poor, high-crime community. They had stopped answering their phones or knocks at their doors by case workers, and their monitors were alarmed. And it was not my house calls to group homes where a client with a psychotic mental illness controlled by medications had been drinking alcohol and his state-employed supervisor had discontinued his antipsychotic medications, leaving him at the mercy of a psychotic relapse aggravated by alcohol-the result of a group home rule. And it was not even the decision of that local hospital, where the surgeon had murdered his wife’s lover, to take a stand against gun violence by declaring guns absolutely forbidden inside the hospital, with hospital security guards no exception. Or, that my clinic’s director had decided that our own security guards be unarmed as well, even though there was direct access to doctors in their offices by walk-ins such as angry disability benefit seekers who blamed their psychiatrist for being denied benefits because the State Disability Office would tell them that the doctor’s report was the reason for their denial (ie, “don’t blame us”) aburst into my office to vent their fury. No. My tipping point was the clinic’s emergency protocols for what to do in the event someone did enter our clinic with a handgun. The protocols were clear. Immediately notify the psychiatrist on duty. That psychiatrist would approach the gunman and, in a “quiet, non-threatening voice,” ask for his gun. I recalled my medical school classmate who had done that very thing some years earlier at a different mental health clinic. He was shot dead on the spot.

I never told anyone other than my wife about my joining a gun club, taking safety lessons, and then practice-shooting at their range. I never shared with friends or colleagues that the police had granted me a concealed-weapon license to carry. They never knew that; for some of my professional tasks I went armed. What mattered to me was feeling safe. I felt safe.

Only later did I wonder what pushed me to that decision, what tipping point was followed by my against-the-rules behavior that ended my discomfort? It was obvious: frustration. I had felt vulnerable and helpless as a victim-in-waiting and was determined to act. It was many American mass shootings later that I began pondering the question: was frustration the tipping-point for those killers, too? Was intense and intolerable frustration that pushed them to action? Is frustration the common denominator for mass murderers?

Zealots, extremists, and bigots came to mind because frustration seems their natural default mental state. But mental illness always gets the rap, not radicals, extremists, and bigots. It is as if the reaction, “he must be crazy” or “sick,” must mean, “he’s mentally ill,” which sets in motion the runaway train with “improved mental health services” its destination. But it did not feel right. The identification of frustration as a tipping point for killing seemed a bit too close to home. Frustrations are our friends, after all. They power our nation’s progress, growth, and course corrections. In contrast, pointing the finger at mental illness, a credible and accessible scapegoat with a genuine scapegoat-record, makes us feel safe and reassured. And it feels right. We can fret and then forget. Besides, mental health services are chronically in need of attention and fixing, anyway, right?

But, what if there is this other commonality, this frustration goad or tipping point? What if the tipping point for those with urges and obsessions about delivering justice, restoring honor, pride, and the natural order, defending America, destroying evil, and serving patriotism, justice and God, or just the desire to end pain, isolation, insignificance, and loneliness and feel at peace-or at least feel safe and in control-is an overpowering and unbearable frustration? What are the implications?

One is obvious. Background checks might shift from reviewing mental health records, which are of zero predictive value, to something easily obtained, shared, and updated and with predictive value: the requirement that handgun license applicants have a record of being, and are currently, capable of recognizing, dealing with, and tolerating frustration-certainly no record of the converse-before being issued a firearms license. 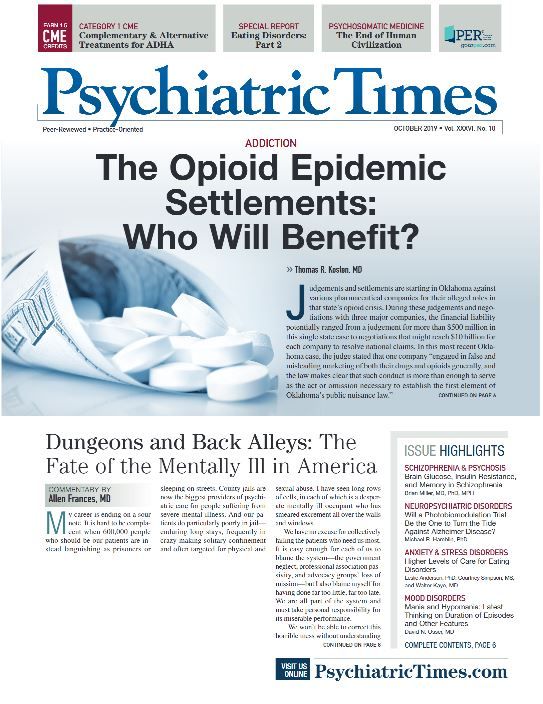 Treater, Disability Assessor, or Forensic Expert: A Trap in Disability Claims
Mania and Hypomania: The Latest Thinking on Duration of Episodes and Other Features
The End of Human Civilization
Transit: Already in Hell
Will the Photobiomodulation Trial Be the One to Turn the Tide Against Alzheimer Disease?
What Do Mass Murderers Have in Common?
“Off Label” Does Not Mean “Off Limits”
Complementary and Alternative Treatments for ADHD: What the Evidence Suggests
6 Ways to Protect the Kidneys While Prescribing Lithium
The Opioid Epidemic Settlements: Who Will Benefit?
Brain Glucose, Insulin Resistance, and Memory in Schizophrenia
The Martial Personality and the Decline of Communal Values
Dungeons and Back Alleys: The Fate of the Mentally Ill in America
Celebrity Suicide
Conversations in Critical Psychiatry: Allen Frances, MD
Related Videos
Related Content