The End of Human Civilization

A radical and urgent perspective about the realities of climate change. 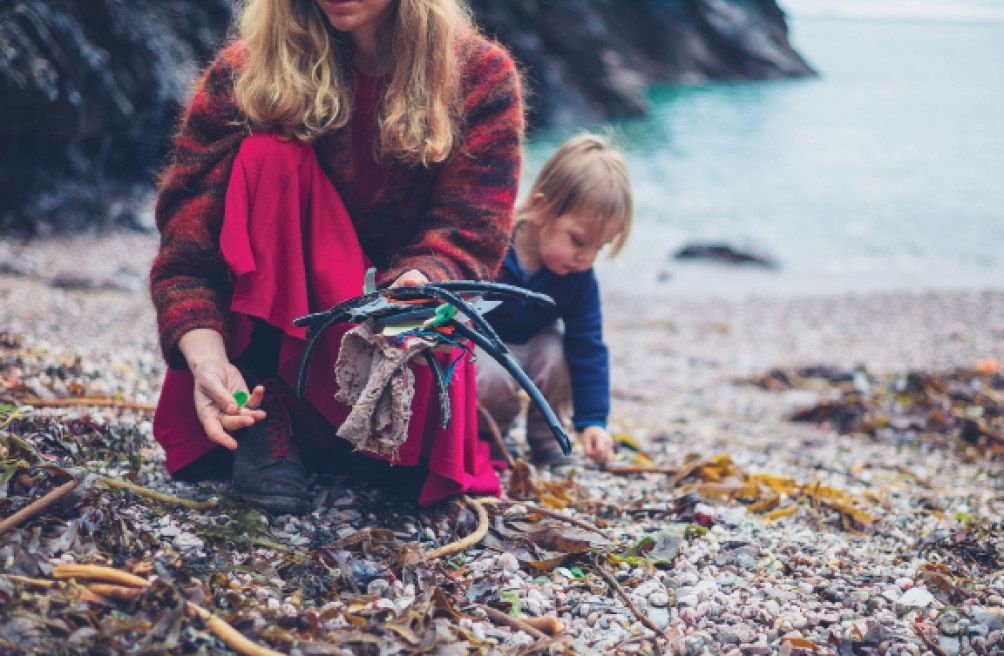 A person’s a person, no matter how small
– Theodore Seuss Geisel1

It’s not that I did not believe in climate change-I could sense the subtle changes in the seasonal norms, and I forced myself to read the increasing number of articles offering scientific proof of it-but it was an unsettling, nagging insight that I could generally pack away. I would recycle my plastics, make some donations, and get on with my busy day. My defensive structure was shaken four years ago when my son sent me a link to an article with the title “When the End of Human Civilization Is Your Day Job,”2 which described how climate scientists were struggling emotionally with the burden of facing the facts and trying to communicate them to the public.

The article forced upon me the realization that, in the face of impending catastrophe, I had not only resorted to repression (trivializing the magnitude of the problem and thereby diminishing the intensity of my fear and anger). I had engaged in regression, manifesting a remarkably childlike consciousness with respect to authority.

Of the generation whose formative experiences included the Vietnam War and Watergate, I generally thought of myself as an adult who had a healthy skepticism about the competence and morality of those in power. The fear of climate change had evoked my childish trust that the adults in charge would “take care of things.” To my surprise, I realized that I (or some part of me) still retained the belief that scientists impersonally discern the facts and those in charge make the appropriate policy changes to keep us safe, and that’s just the way things work. Yet, the scientists featured in the article were distraught about what they were finding. Even more intense was their agonized frustration that no one seemed to be listening to their important and dire message-this was acutely painful to me.

Perhaps not surprisingly-given my job (I work in a college counseling center) as well as my childlike consciousness with respect to climate change-I became interested in how actual (ie, chronological) children and adolescents are responding to climate change. As it turns out, there is little research in this area.

One of the central insights of those in the field of climate change is that the scientific and psychological challenges confronting the climate crisis cannot be severed from politics, economics, ethics, and even religion.3 In part, this is because our treatment of each other and our treatment of Mother Earth reflect the same ethos.4 The allocation of money and attention with respect to research on children’s emotions and attitudes toward climate change reflect colonialism and racism. Eighty percent of the world’s children live in the developing world, ie, those countries that did the least to create the climate crisis while suffering the most from it.5 Lake6 writes:

Climate change feeds on and accentuates inequality. The inequality, for example, between the inhabitants of the present and those of the future whose legacy is being squandered; between the countries that have emitted the most carbon and those that are paying the price of those emissions; and, within nations, between the fortunate and the have-nots who are already undernourished or living in unsanitary conditions.

Childism, prejudice against children, is evident in the amount of research in this area on children-whether from the developing or developed world.7 Children are uniquely vulnerable, both physiologically and psychologically, to the direct and indirect effects of climate change. For example, children not only have greater biological sensitivity, they literally interact with their environment-as a percentage of their body weight, with the air, food, and water-more than adults.

Children are uniquely at risk for exposure to environmental contaminants while playing on the ground and putting their hands, dirt, and other objects in their mouths. Extreme weather events-occurring more frequently in the context of global warming-disproportionately disrupts childhood, a period of relatively more limited adaptive capacities (eg, children are less able to digest the psychological and physiological traumas of migration).8 Despite all of this, there is very little research on children’s emotions and attitudes. In contrast, there is a relatively robust body of literature examining adults’ emotions and attitudes with respect to environmental issues in the US.8,9

As another manifestation of childism, there is a top-down quality to the research insofar as it is concerned with how adults can help children cope with their emotions and how adults can facilitate children’s “pro-environmental behavior” (ie, reducing one’s carbon footprint). I wonder if our current emphasis on getting children to reduce their carbon footprint reflects the condescending belief that, until children grow up and gain more sophisticated skills and power, this is the only way they can contribute to mitigating the climate crisis.

Of course, I believe that adults have the responsibility to help children regulate their emotions. And, while reducing one’s carbon footprint is a laudable goal, it is not for the reason I had thought while I was busy recycling my plastic. The material benefits of recycling is no longer terribly meaningful; many believe the goal of sustainability is no longer feasible.3

Nevertheless, children’s participation in efforts to recycle can acquire the character of a needed, vital ritual. It becomes a mindfulness practice that re-orients our relationship with the environment from one of exploitation to one of mutual care. Recycling mindfully can also open up opportunities for children to become curious about what we use, where it goes, and how much do we really need. Rather than a top-down lesson to be “learned,” a more mutual, naturally occurring conversation between parent and child can take place.

A radical and urgent perspective

Children, less wed to existing political “realities” and economic structures than adults, may provide the more radical and urgent perspective that is needed in times of crisis. It is the children who are listening to climate change scientists. They believe in the fact of human generated global warming more than adults.12 Students are suing their governments, organizing marches and school strikes around the world, and creating student-led environmental activism groups. Children are sounding the alarm and calling for more fundamental changes in our ways of being.

Children, it would seem, are angry and feel betrayed. They are increasingly putting these feelings and their unique perspective to adaptive use-pushing us out of our complacency. As adults, we too can make unique contributions, including sharing our wisdom and defining core values, and a capacity to regulate our own and our children’s emotions in the face of crisis.

A dialogue needs to be opened. As the older generation, we need to not only to listen to children and youths, but we must also acknowledge that we have failed in our fundamental duty to create a safe home on planet Earth for them. Such acknowledgment might open the way for each generation to hear the other and might best permit us all to move forward doing everything we can; not because we have a childlike belief in a happy ending, but because it is the right and only thing to do.

2. Richardson JH. When the end of human civilization is your day job. Esquire. August 2015.

6. Lake A. The Challenges of Climate Change: Children on the Front Line. Innocenti Insight Florence: UNICEF Office of Research; 2014.