Wordsworth, Wildflowers, and a Simple Prelude to Cognitive Behavioral Therapy 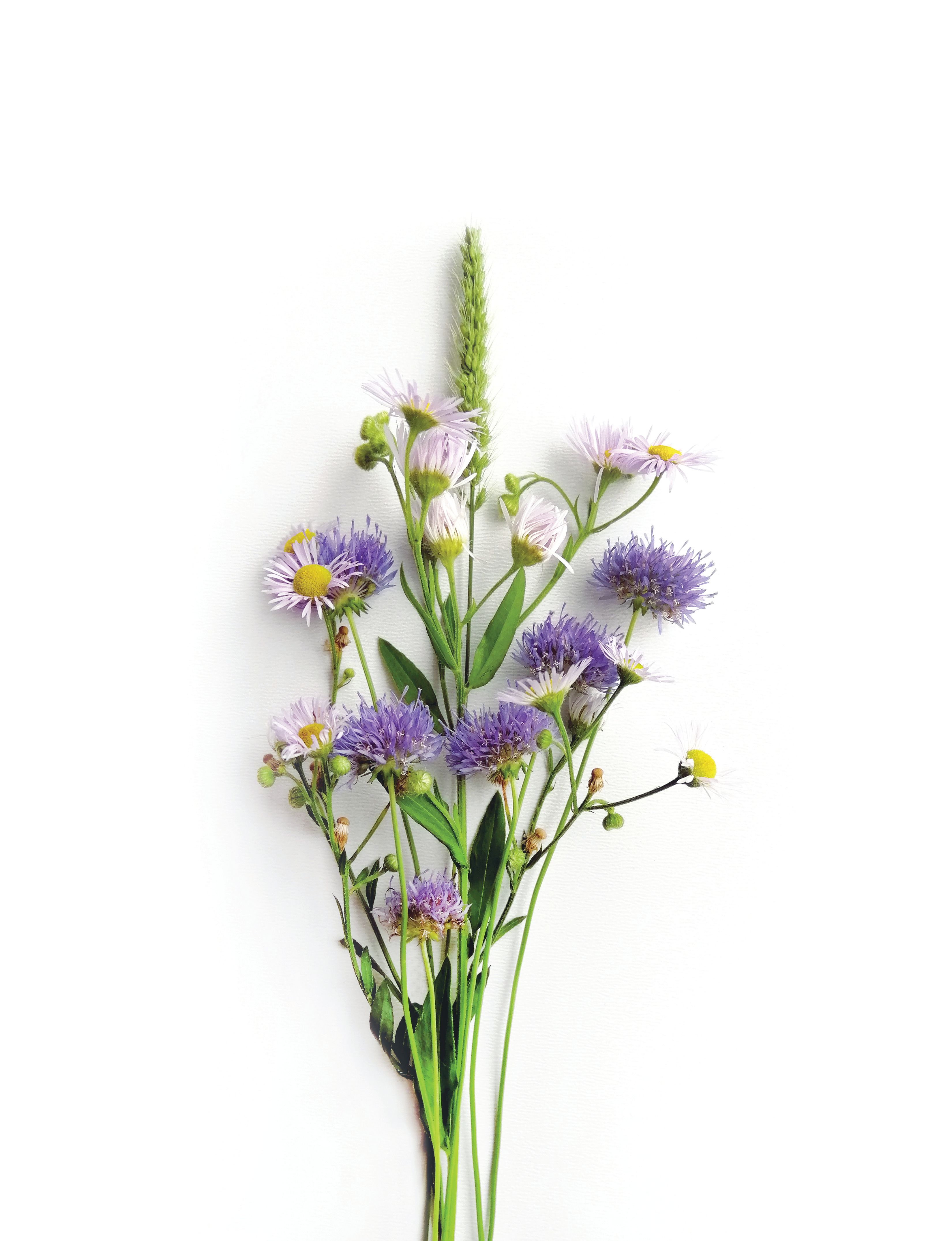 When English journalist and blogger Katie Mills asked me about gardening and its benefits for mental health, she reignited my interest in William Wordsworth. How fitting is that?

Wordsworth was an English-born poet, born in the countryside of Cockermouth. His mother died when he was almost 8 years old, and his father passed away 5 years later. After which, young William was sent to live with relatives.1 The year 2020 marked the 250th anniversary of Wordsworth’s birth. But as we reread his poems and rejoice in his ideas today, he is metaphorically reborn again and again. Some of those ideas are related to his recovery from depression, and other ideas can be considered deterrents of future depression.

Wordsworth’s impact extended far beyond the British Isles and well past the 19th century, for he birthed the romantic movement that spread across continents. He remains one of our most revered poets, with his 24-line “Daffodils” being the most-read poem in the English language.

In years past, I wrote about parallels between Wordsworth’s poems, depression, and seasonal affective disorder and specifically about the beloved “Daffodils,” which opens with the words, “I wandered lonely as a cloud.”2,3 This implies that his seasonal affective disorder was dissipating—or possibly that a hypomanic state was developing—or that he simply exhibited spontaneous poetic impulses, which are sometimes called the “madness of the muses.”

Although seasonal affective disorder is not at the forefront of our thoughts, given that the darkest days of autumn are behind us, it is worth revisiting other ways that Wordsworth offset unwanted negative thoughts that pop up in almost all of us from time to time, and not only in autumn. Repeating Wordsworth’s words, which are excerpted from Mills’ blog4 and appear below (and on countless placards in Pinterest posts), may offer some solutions.

“Your mind is a garden.

Your thoughts are the seeds.

You can grow flowers,

or you can grow weeds.”

On the surface, these phrases sound similar enough to other examples of Wordsworth’s romanticism, where he extols the spiritual forces of nature and invokes its “natural supernaturalism,” to use literary critic M.H. Abrams’ terminology.5 It is easy to be smitten by these sentences for their poetic value alone. However, if we take a less ethereal approach to these lines and treat these passages as metaphors for psychiatric lingo, we can view this stanza as a prelude to cognitive behavioral therapy (CBT), which teaches us ways to change our thoughts and challenge spontaneous “cognitive distortions” that cause distress.

Per Wordsworth, and per CBT theories, we can indeed choose the way we think and thereby change our moods. In contrast to the determinist psychoanalytic stances that preceded redaction of reigning theories and invention of CBT by Aaron Beck, MD, we can rephrase reflexive reactions and replace maladaptive ideas—and thereby alter our attitudes and the emotions that follow. Per Beck, it is within our power to reverse the ways that we react to the world, to ourselves, and to others. In turn, that attitudinal about-face influences the way others react to us, and a positive chain reaction ensues.

Through our own volition, we can prune and pluck bad thoughts—those cognitive distortions that are akin to unwelcome weeds—while watering and nourishing better thoughts so that alternative thoughts blossom into fragrant flowers. Those flowers, in time, will drop their own seeds, setting off incessant cycles of flowers, flowers, and more flowers. We need not wait to “nip it in the bud,” as the expression goes, for flowers that we plant from seed can thrive and survive, with a little effort on our parts, rather than being overtaken by pernicious weeds.

By substituting clinical terms, such as cognitive distortions, for Wordsworth’s more literary rendition, we can retain the essence of both CBT theory and Wordsworth’s insights. Like growing flower gardens from seed, learning CBT skills takes time and effort—but not too much time and not too much effort. Although the end effects of sowing seeds or learning CBT are admittedly not instantaneous, the results that arrive the next season promise to repay our diligence many times over. We ourselves can plant seeds of happier and healthier thoughts that are akin to Wordsworth’s flowers, which appear after sowing seeds in early spring, watering the soil when needed, and following a few more simple steps.

It is worth remembering that wildflowers also spring from the soil spontaneously, without any human effort at all. The beauty of those wildflowers can overshadow unwanted and unplanted weeds—as long as we uproot those pesky, persistent weeds before they spread and strip the soil of nutrients needed for flowers to survive. Weeds can grow tall, block the sun, and absorb the rains to overpower our precious and more precarious flowers. Similarly, bad thoughts can eclipse good thoughts if we do not intervene. In other words, if we “weed” those bad thoughts from our brains by using CBT and other techniques, we can enjoy the equivalent of fragrant flowers in our minds.

To simplify matters, and to incorporate Wordsworth’s metaphors, we can sort our spontaneous thoughts into “weeds” and “wildflowers.” Whenever a bad automatic thought—also known as a “cognitive distortion”—pops into consciousness, we can remind ourselves that it is a “weed” and dismiss the idea immediately by categorizing it as such and arguing against it. “Jumping to conclusions,” “all-or-nothing thinking,” “expecting the worst,” “ignoring the evidence,” “catastrophizing,” “magnifying,” and “minimizing” are all weeds that we can uproot to make way for our favorite “wildflowers.” This is a far less unpleasant approach than the “aversive conditioning” advocated by certain behaviorists, who recommend wearing a tight rubber band around one’s wrist and snapping it against the skin when unwanted impulses or ideas occur.

My simple approach might not appear in Beck’s standardized CBT training manuals, and it is probably too simple to merit a grant that lets us test it experimentally to confirm its validity via “evidence-based medicine.” But it is easy enough to use on ourselves and test informally. My anecdotal data to date confirm that this technique is a useful warm-up for more time-consuming and standardized CBT techniques—and sometimes it is sufficient in itself.

We can just as easily compare this approach to time-tested “creative visualization” strategies used to treat people with posttraumatic stress disorder who suffer from spontaneous flashbacks of adverse experiences. Some sports coaches also use variants of creative visualization to encourage their charges to achieve more. In creative visualization, we substitute pretty and pleasant mental images for their annoying and anxiety-inducing antecedents. What can better offset automatic images of strangulating weeds than invoked visions of fragrant flowers, as seen in the mind’s eye?

Wordsworth had the right idea, even if current clinical terms were not part of everyday parlance when he wrote. And that is probably for the best because we might not have been graced with Wordsworth’s verses had effective clinical care been available in the early 19th century. Please forgive me that I feel compelled to end this article with a nod to Freud, who admitted that “Everywhere I go, I find a poet has been there before me.”

Dr Packer is an assistant clinical professor of psychiatry and behavioral sciences at Icahn School of Medicine at Mount Sinai in New York, New York.