An occupational psychiatrist reflects on lessons learned as well as the need for advocacy. 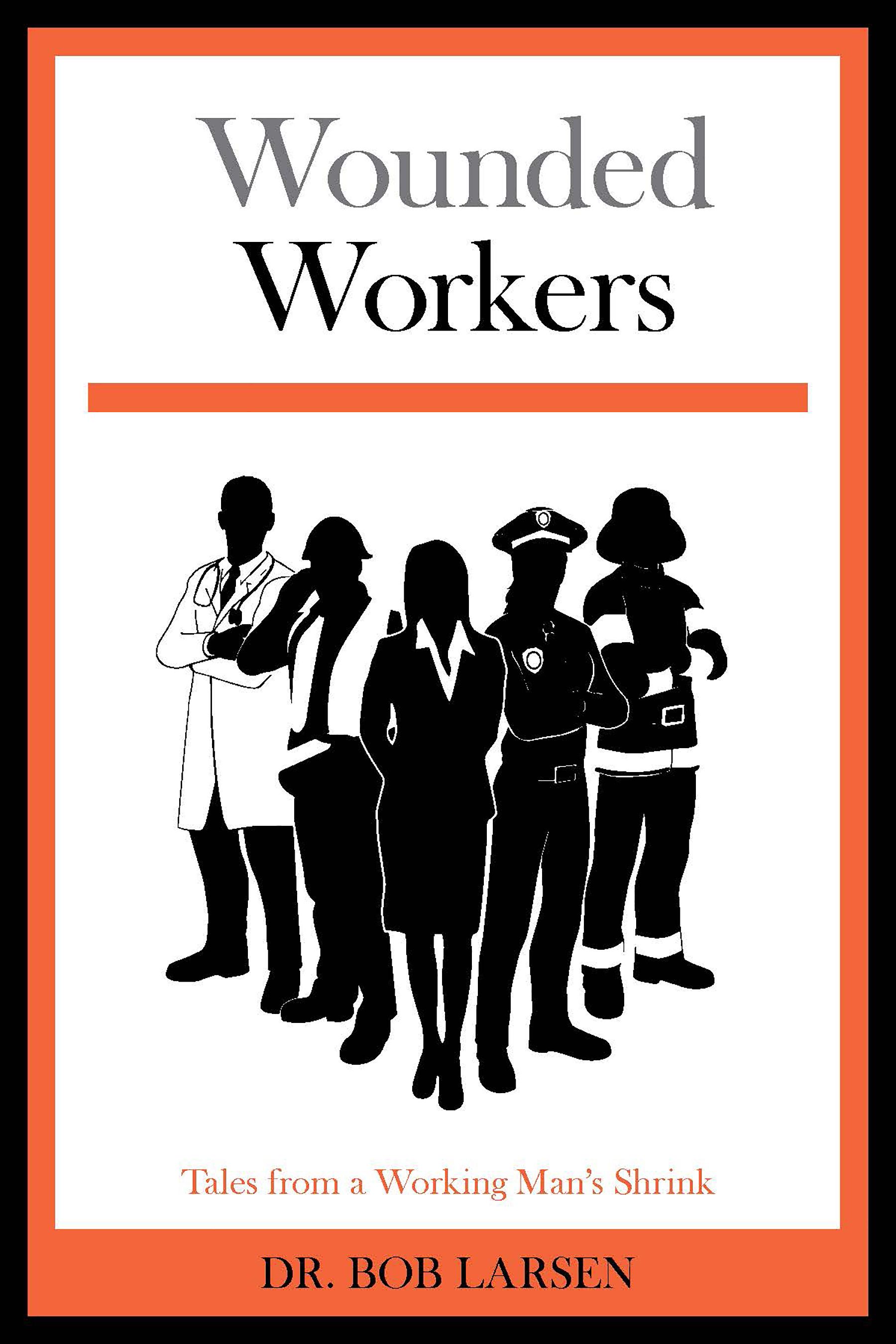 As physicians and psychiatrists, we are entrusted with the secrets, fantasies, and longings of those in our community who seek out our clinical expertise. If we are fortunate to have a long career, there are lessons to be learned by both doctor and patient. For myself, I wished to give back some of what I had learned while recognizing the humanity of those individuals sent my way as a result of trauma, tragedy, and misfortune. A bank teller robbed one too many times, a firefighter who survives a helicopter crash only to have murderous fantasies for the pilot, or a respiratory therapist who has all 4 limbs amputated after contracting a deadly infection from a hospitalized patient—all are real life stories, possibly similar to the ones you may hear from your patients.

I wrote the nonfiction narrative Wounded Workers: Tales from a Working Man’s Shrink to honor my patients—America’s working men and women.1 These tales recognize the sacrifice made by many of our patients, who face loss, violence, victimization, and death as part of them their jobs. Some stories from those you might expect have dangerous occupations, like police officers, but also farmworkers, retail clerks, health care workers and other employees. Their stories are both heartbreaking and heartwarming and present us, the clinician, with opportunities to do better by our patients by way of advocacy. For instance, although readers will no doubt be uncomfortable with the saga of Chapter 21, “Raped with a Gun,” it makes clear that woman’s desperate need for advocacy.

Perhaps by sharing my experiences with these patients and the lessons they taught me, you will glean clinical pearls that will help you with your patients. For instance, what do you say to a woman who’s been raped with a gun? I did not know. The police report, the ED record, the medical file addressing the victim’s physical injuries, her deposition transcript, and correspondence from attorneys representing employer and employee recounted a graphic account of a physical, sexual, and emotional assault that lasted 2 hours. As I reviewed pertinent records before my initial meeting with a convenience store clerk who was punished by her assailant for having too little cash in the register, feelings of both anger and dread welled up in me. I felt anger not just toward the criminal, but also the employer who had disregarded recommendations to improve workplace safety measures after 2 prior robberies. The dread later came from hearing her tale of terror and humiliation, knowing she had survived, but at what cost? Dread for asking the victim to again relive the assault. Let me remind my colleagues, it is always worse for the traumatized to retell their horrors than it is for clinicians to hear and document such tales. Occupational psychiatry is not a subspecialty for timid doctors.

Since the launch of Wounded Workers, I have been doing book readings to audiences across the country, talking to groups of physicians, attorneys, nurse practitioners, public health professionals, public library patrons, and others interested in these tales. In these presentations, I share 3 take-home messages.

1. Do no harm. Do not make it worse than it already is. In my experience, early-career physicians are often prone to prescribing treatment before an accurate diagnosis and case formulation have been achieved. Some arrogant doctors continue this ill-advised practice throughout their careers. Taking brisk action as a physician can have deadly consequences outside of true emergencies and crisis scenarios. Let us keep in mind that iatrogenic illness is a leading cause of death in the US behind cardiovascular illness and respiratory disorders. Medical errors, questionable clinical judgment, unnecessary surgeries, and other physician-based interventions are estimated to cause 230,000 to 284,000 deaths per year in America according an Institute of Medicine study.2

2. Walk in your patient’s or neighbor’s shoes for a day. Get to know someone before trying to change their life. Instituting an antidepressant might be worth considering, but first listen to your patient. An unsophisticated person with a personal history of recovery from substance abuse might reject that treatment recommendation. Had the psychiatrist taken the time to explain that antidepressants are not considered drugs of abuse, the patient could have accepted a trial of medication. Walking in the patient’s shoes involves developing an understanding of and empathy for our patients.

3. Selectively advocate. You will know who to advocate for as they will come to you, having been forgotten and cast aside. It is no secret that psychiatrists become involved with their patients’ lives from the past, in the present, and for the future. For me, I am drawn to the worker who has incurred serious physical and/or mental injury. In Chapter 17 of Wounded Workers, “I Am Unlovable,” I consulted on the case of a young woman who described herself with those three words. She had lost her arm to a laboratory accident when a high-speed centrifuge essentially ate her limb. I noted that outpatient psychiatric treatment could be instituted to address her understandable depression months after her amputation stump had healed. More importantly, my intervention was to point out that the injury was preventable as she could not reach the kill switch on the machine that took her arm. This injury should have been investigated by the employer or its insurer under the premise of maintaining a safe workplace. Also, the evaluating orthopedist had not recommended the obvious. My specific recommendations were followed as I had indicated she would be 100% permanently disabled due to a clinical depression that resulted in a self-image of being “Unlovable.” Fifteen months later with my recommendations having been followed, that amputee returned to my office smiling after she had been fitted for a state-of-the-art prosthesis and had a plan for retraining as a pharmacist. While costly to the workers’ compensation insurer, it was a bargain compared to a lifetime total disability award in a 23-year-old. That is what I mean by advocacy.

One patient who moved me was “Mariana,” and I share some of her story in the chapter titled, “Because That’s Where the Money Is.”

Mariana was on duty in April 1974 when members of the Symbionese Liberation Army (SLA) conducted a takeover style robbery of the downtown branch of Hibernia Bank. She was glad to be alive after the angry masked thieves had left without shooting anyone. ‘Maybe our training got us through,’ she thought…

So, my future patient continued to show up to work, on time, praying that she’d get one day closer to retirement...

The armed woman took the envelope with a gloved left hand and dropped the cash into the handbag. Then the right hand came out of the same black leather designer purse holding a silver object, now pointed at Mariana’s forehead. ‘Don’t ever call me that, you old bitch.’ There was a distinctive clicking sound, but for reasons unknown no shot was fired. ‘Consider yourself lucky. My advice to you: Find another line of work,’ the blonde hissed. And then she was gone.”

Tales like this make it clear that advocacy for victims of unspeakable acts becomes part of my duty as an occupational psychiatrist. No one gets referred because “my boss does not like me.” In hindsight, I could have done more for Mariana. Her sacrifice should have been recognized by her employer. Her long-term employment ended suddenly. A thoughtful luncheon with her coworkers could have filled some of the void Mariana felt after the last robbery. This is advocacy meant to benefit an individual. Doctors may choose to advocate for the collective.

In the chapter, “We Have a Problem with Guns,” I explored the need for gun safety laws. Along with police officers, clinicians, and gunshot victims, I have testified before legislative committees in support of benefits for workers with mental injuries and for workplace safety while acknowledging gun violence of epidemic proportions.

While a call went out for backup from other police units in the area, Aamir crawled to the side of the building away from where the suspect had been shooting. It was dark, yet in the dim light Aamir soon saw the suspect burst out of a side door, yelling, ‘Come kill me, you mother f******.’ He still had the AK-47. If he saw the officer, it would be all over for Aamir. The officer took aim while he lay bleeding on the pavement. Later he recalled thinking at the time, ‘Is this a justifiable shot?’ Then he fired four times, hitting the target with three rounds that ended the alleged rapist’s life.

I am honored that clinicians, attorneys, judges, and scientists have praised Wounded Workers, and the book also has received a Gold Award from the NonFiction Authors Association (NFAA) in the categories of Mental Health and Medicine. I feel grateful that occupational psychiatry and the tales of these individuals are impacting others.

I will leave you with this parting thought from the chapter “Giving Back”: “If you are engaged in meaningful work, those for whom you provide service will decide your value.” 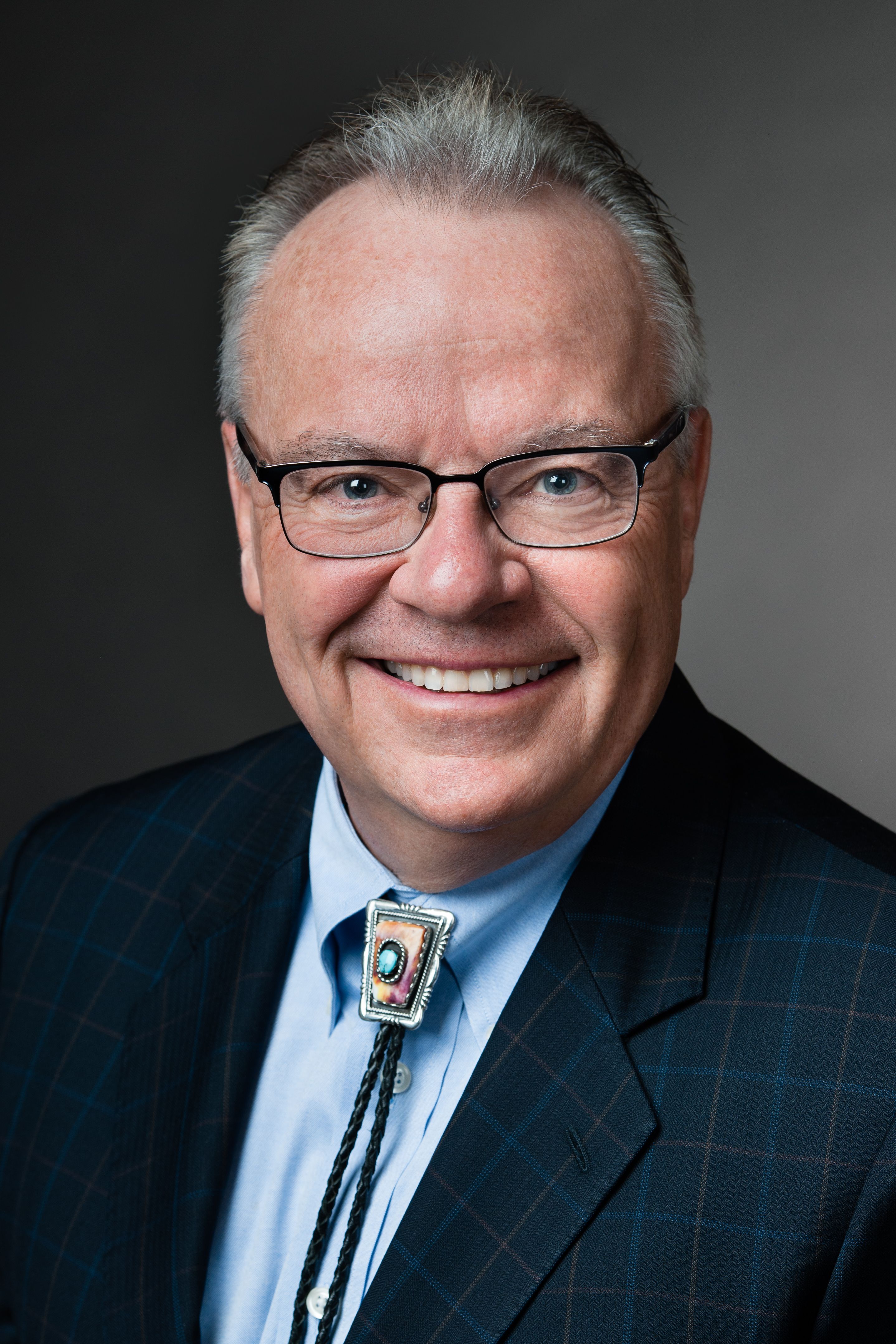 Dr Larsen is director of the Center for Occupational Psychiatry and a retired clinical professor at the UCSF School of Medicine. For more information about Wounded Workers: Tales From the Working Man’s Shrink, go to: https://WorkingMansShrink.com. 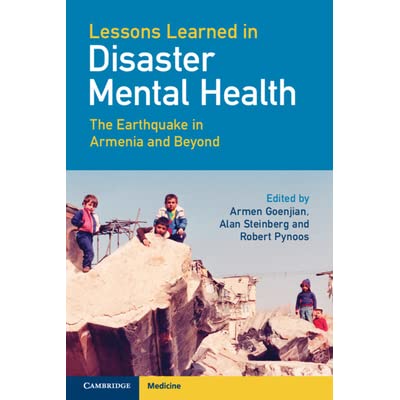 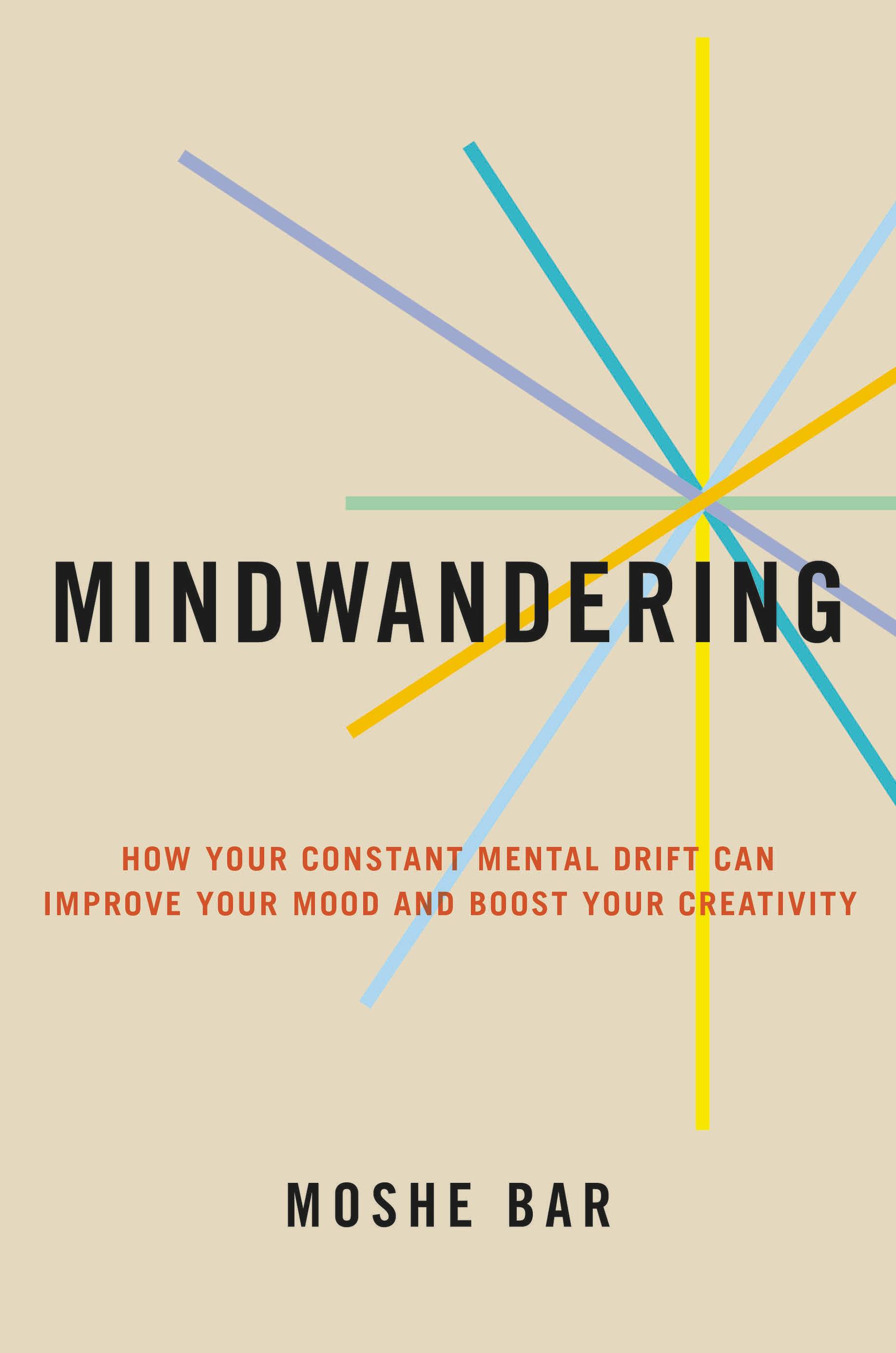 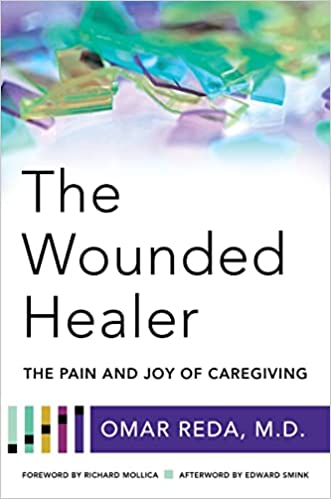 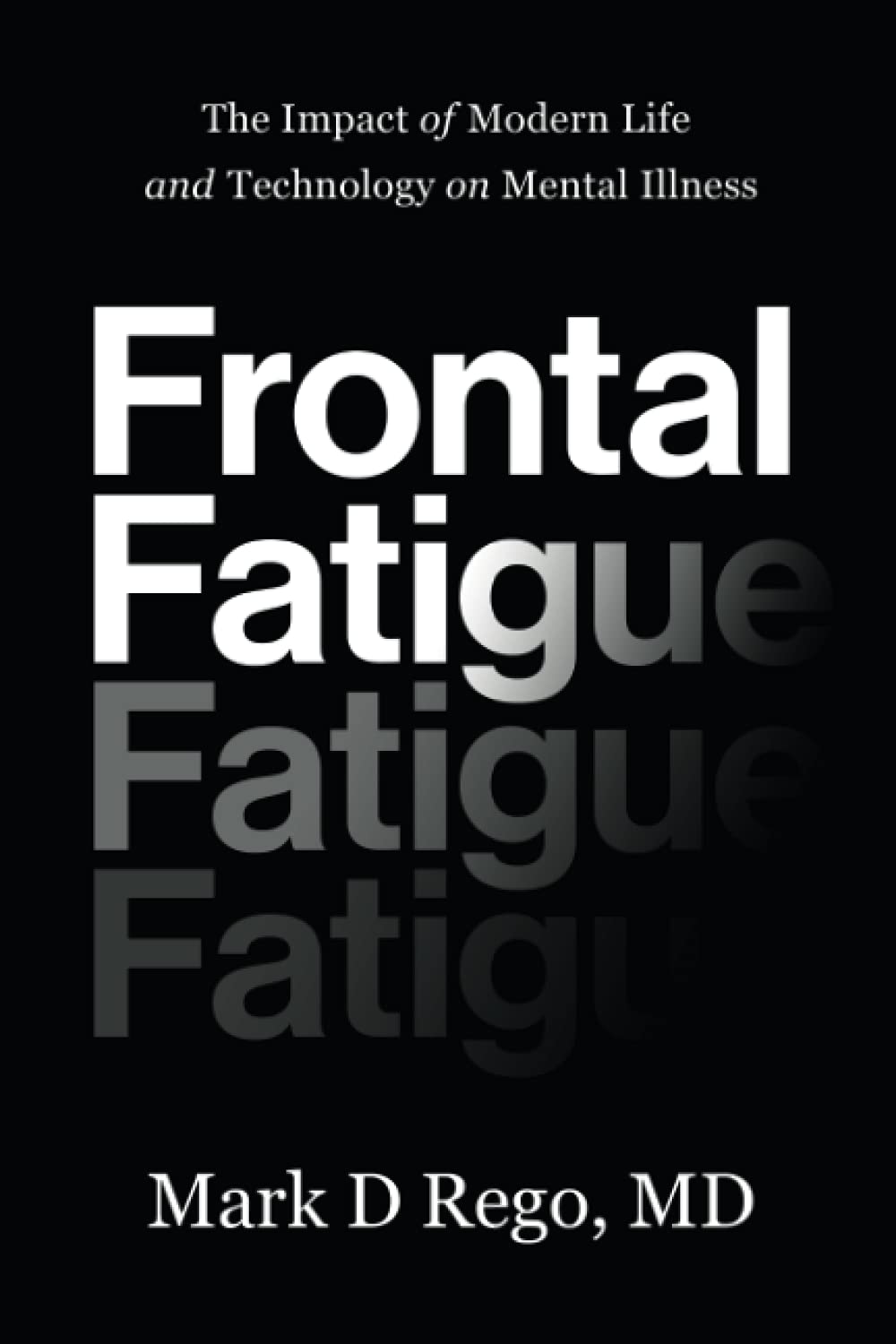