The Year in Bipolar Disorder: Practice-Changing Articles From 2018

Are mood stabilizers causing strokes? Can we treat bipolar II without medication? The past year brought answers to these questions and more. 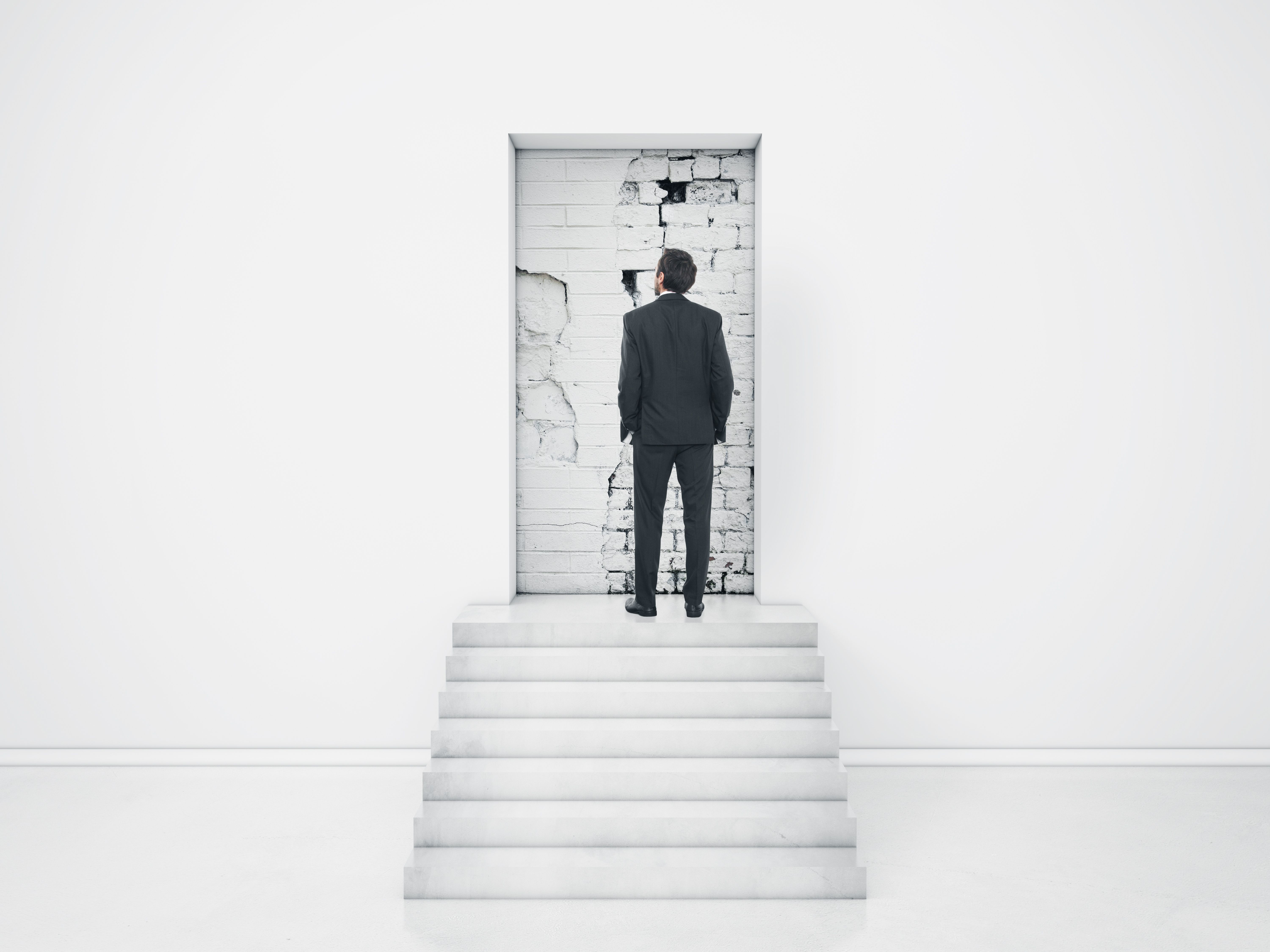 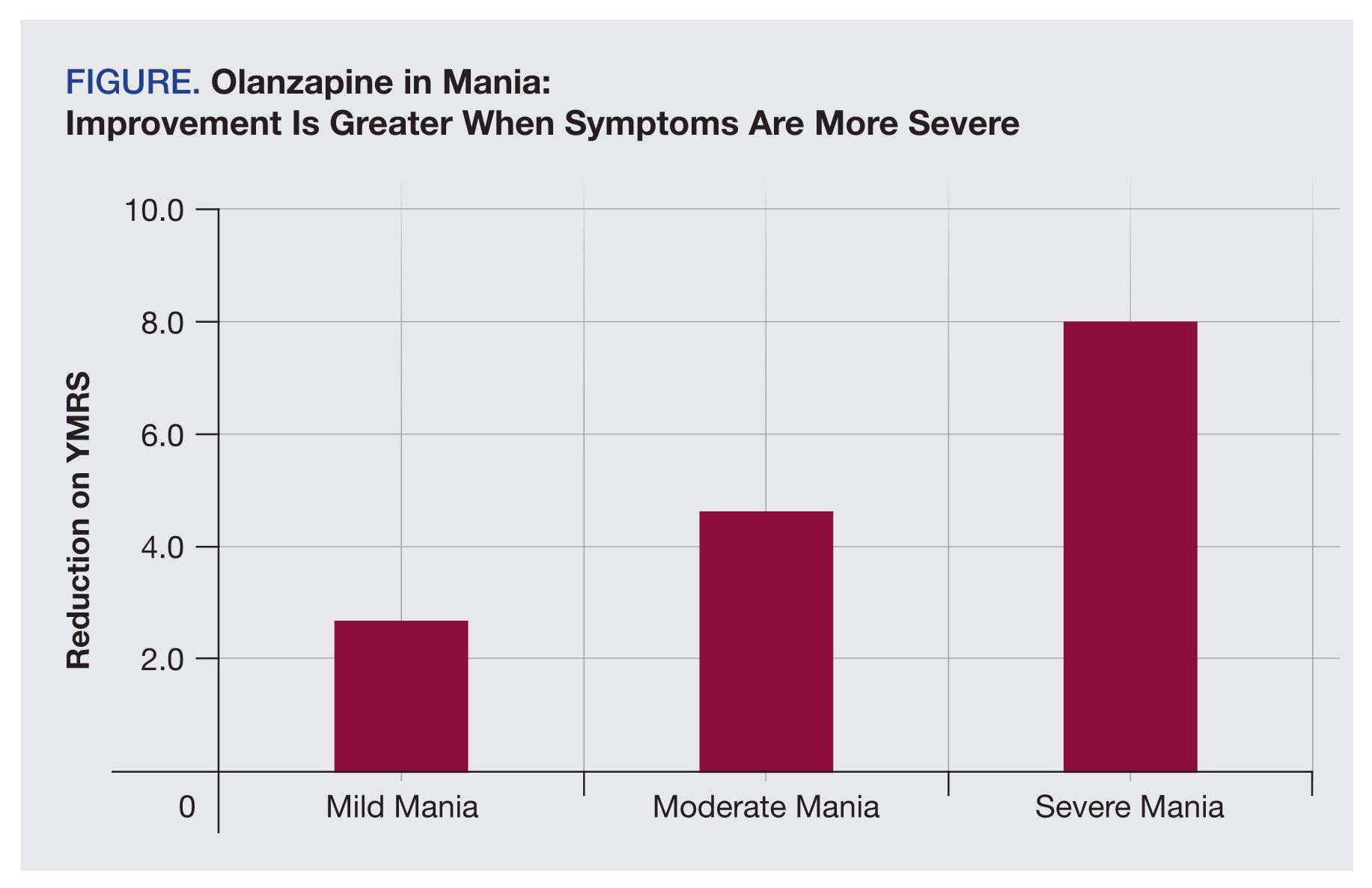 FIGURE. Olanzapine in Mania: Improvement Is Greater When Symptoms Are More Severe

Dr Aiken is the Director of the Mood Treatment Center, Editor in Chief of The Carlat Psychiatry Report, and Instructor in Clinical Psychiatry at the Wake Forest University School of Medicine.

Are mood stabilizers causing strokes? Can we treat bipolar II without medication? When is it best to use olanzapine, lurisadone, or lithium? The past year brought answers to these questions and added two natural options to the menu for bipolar disorder.

When to use olanzapine

Olanzapine is one of the more effective medications for acute mania, but tolerability problems steer many away from it. So, when to use it? Judging from this meta-analysis from the tail-end of 2017, it’s in severe mania that this antipsychotic has the biggest effect (Figure). The study drew from five double-blind, randomized controlled trials of acute mania. Olanzapine reduced Young Mania Rating Scale (YMRS) scores by 2.6 points in mild mania (YMRS 20-25), 4.7 points in moderate mania (YMRS 25-35), and 8 points in severe mania (YMRS 35-60). Although the benefits differed, all groups suffered the same rate of adverse effects. The average dosage across the trials was 13 mg daily.

What it means for practice. Olanzapine is a high-risk, high-yield mood stabilizer, and its use is more justifiable in severe mania. It works quickly, which raises the possibility that olanzapine could be started for acute mania along with lithium or an anticonvulsant, and then tapered off after 3 to 6 months. That switch may lower the risk of tardive dyskinesia and metabolic syndrome, but whether it will prevent new episodes in olanzapine responders is an open question.

Psychotherapy without a mood stabilizer is a risky option in bipolar I, where manic episodes can have destructive effects. But what about bipolar II? In this pivotal trial, psychiatrist Holly Schwartz and colleagues randomized 92 adults with bipolar II depression to therapy + placebo or therapy + quetiapine. The therapy utilized was Interpersonal and Social Rhythm Therapy (IPSRT), which encourages regular habits of activity and sleep while addressing the conflicts in identity and relationships that arise in life with bipolar.

Improvement was faster in the medication group, but after 20 weeks the rates of response were about the same in the two groups. Those who underwent psychotherapy alone were spared a number of adverse effects, particularly weight gain and sedation.

How it changes practice. This study gives needed, but preliminary, answers for patients with bipolar II who can’t or won’t take long-term mood stabilizers. IPSRT’s mood-stabilizing effects are documented in studies lasting up to two years.1 It may not be a medication, but therapy can stabilize neuroactive hormones in bipolar disorder, and IPSRT addresses a biological mechanism that’s central to this disorder: circadian rhythms.2

A probiotic and antioxidant for bipolar disorder

Painold A, MÃ¶rkl S, Kashofer K, et al. A step ahead: exploring the gut microbiota in inpatients with bipolar disorder during a depressive episode.Bipolar Disord. July 6, 2018; E-pub ahead of print.

Probiotics are the healthy bacteria in the gut flora, and increasing their count seems to improve mental health by altering neurotransmitters, neurotrophic factors, and hormonal and inflammatory signaling. Can an unhealthy flora worsen mood? Two studies from 2018 suggest the answer is yes. The first compared stool samples from bipolar patients with healthy controls and found an association between illness duration and inflammatory strains of bacteria. The second study found alarming elevations of mania when bipolar patients ate nitrate-rich foods like beef jerky. Animals tests confirmed the pro-manic effect and showed that nitrate-rich meats were shifting the flora toward bacteria with ill effects on mental health.

How it changes practice. There are good reasons to wait for more confirmation before using these therapies, but there are also good reasons to use them now. Many patients prefer natural treatments, and patient preference in itself can influence response. Probiotics and coenzyme Q10 have established safety records in other conditions, and both have medical benefits that are relevant to many bipolar patients. For specifics on dosing and product selection, check our 2018 columns on probiotics and coenzyme Q10.3,4

Duffy A, Heffer N, Goodday SM, et al. Efficacy and tolerability of lithium for the treatment of acute mania in children with bipolar disorder: a systematic review. Bipolar Disord. 2018;20:583-593.

In March 2018 the FDA granted approval for the atypical antipsychotic lurasidone (Latuda) in children and adolescents with bipolar depression. Meanwhile, three papers came out with renewed support for lithium in childhood bipolar. Both treatments are FDA-approved in youth (lithium in ages 12 and up; lurasidone in ages 10 and up), but they address different phases of bipolar disorder. Lurasidone is for acute depression, while lithium treats and prevents all poles of the illness.

A take-home message from this research. Lithium requires similar serum levels, and lurasidone similar dosing, in children as in adults. They also have similar adverse effect profiles in both populations.

How it changes practice. Lurisidone joins olanzapine-fluoxetine combination as the only FDA-approved options for bipolar depression in youth. Whether adult or child, lithium works better in classic bipolar disorder, where there’s a clean separation of manic and depressive symptoms, while atypicals like lurisidone work better when mixed states, rapid cycling, and/or comorbid disorders predominate.

LÃ¤hteenvuo M, Tanskanen A, Taipale H, et al. Real-world effectiveness of pharmacologic treatments for the prevention of rehospitalization in a Finnish nationwide cohort of patients with bipolar disorder. JAMA Psychiatry. 2018;75:347-355.

Three studies brought new reasons to consider lithium in bipolar disorder. Compared with other mood stabilizers, lithium led to the lowest rate of rehospitalization in a cohort of 18,000 bipolar patients followed for an average of 7 years. Lithium’s superiority held up for psychiatric as well as all-cause hospitalizations. Long-acting antipsychotics were a close second. This finding was backed up by two large studies from 2017, in which lithium lowered hospitalization rates more than other medications in both unipolar and bipolar disorder (total n = 158,000).5,6

The next result may raise alarms

All mood stabilizers except lithium and lamotrigine were associated with an increased risk of stroke in a case-controlled study of 19,000 bipolar patients (risk ratio = 1.2-1.76). This finding did not come out of nowhere. It has been seen with carbamazepine and valproate in epilepsy and with anti- psychotics and even antidepressants in general. The mechanism is not known, although it may involve coagulation and, in the case of hemorrhagic stroke, anti-coagulation.

Lamotrigine’s neutrality is a novel finding, but earlier research has found a lower risk of stroke with lithium and numerous cardioprotective effects with lithium.7,8

Kessing LV, Bauer M, Nolen WA, et al. Effectiveness of maintenance therapy of lithium vs other mood stabilizers in monotherapy and in combinations: a systematic review of evidence from observational studies. Bipolar Disord. February 14, 2018; E-pub ahead of print.

The final study is the bottom line. Lithium outperformed other mood stabilizers in the long-term maintenance of bipolar disorder in 8 out of 9 observational studies, including over 14,000 patients, in this meta-analysis by Lars Vedel Kessing and colleagues.

What it means for practice. Why is one of the most effective treatments for bipolar disorder also the most underutilized? Although it reduces rehospitalization and suicide, lithium is slower to act than an antipsychotic, which may impede its adoption on psychiatric wards. Its renal risks are another deterrent, but that needs to be weighed against lithium’s growing list of health benefits, which include prevention against heart disease, stroke, cancer, neurologic illnesses, and dementia.7 There is also a belief that lithium is hard to tolerate, but in areas that matter most to patients, lithium is more tolerable than most mood stabilizers.9

Unlike other psychiatric medicines, lithium has been generic since its inception. That translates to a lack of sponsorship for lithium education, so I’m grateful for the opportunity to rediscover it through this column. I hope to bring you more in 2019.

This article was originally published on 12/6/18 and has since been updated.

Dr Aiken does not accept honoraria from pharmaceutical companies but receives honoraria from W.W. Norton & Co. for Bipolar, Not So Much, which he coauthored with Jim Phelps, MD.