You Say Hello and I Say Goodbye 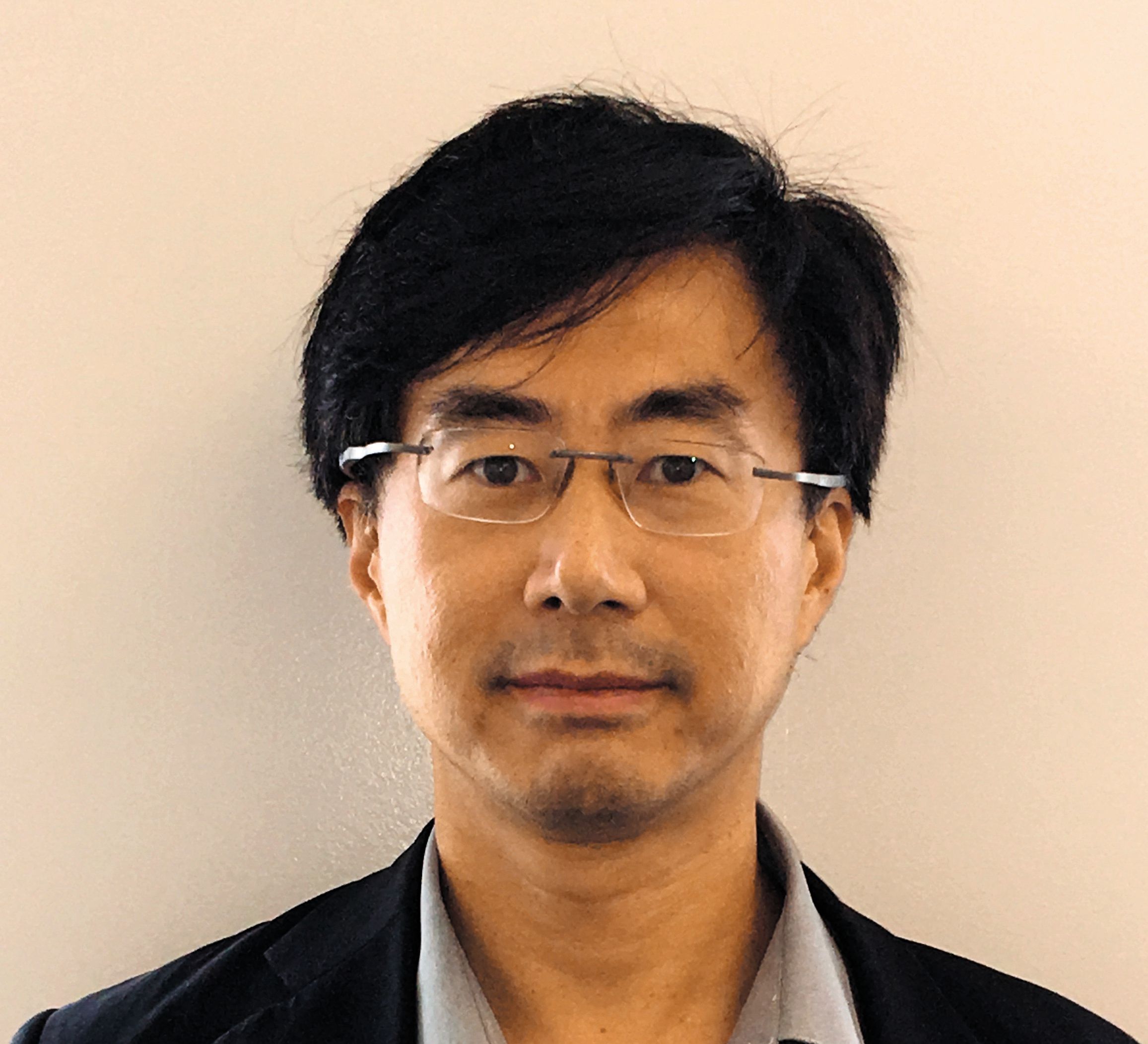 Allow me to paraphrase Bob Dylan. The Times … it is a changin.

First, there are hellos. Four psychiatrists have joined the distinguished members of our Editorial Board. It’s an honor to introduce:

Raymond Young-Jin Cho, MD, who is Associate Professor in the Department of Psychiatry and Behavioral Science at Baylor College of Medicine. Dr. Cho is double boarded in psychiatry and neurology.

What drew him to psychiatry? “It represents the perfect mix of science and humanities,” he writes. “I was drawn to patients with psychosis who are debilitated by their illnesses’ effect on core aspects of their cognition, emotions, and behavior. I was also drawn by the promise of clinical and research efforts in helping this population.”

When he isn’t working, Dr. Cho spends time with his family, while armchair philosophizing, and indulging his love of music. He plays piano and guitar, he sings, he listens to classical music, jazz, and progressive rock, and he writes rock and pop. 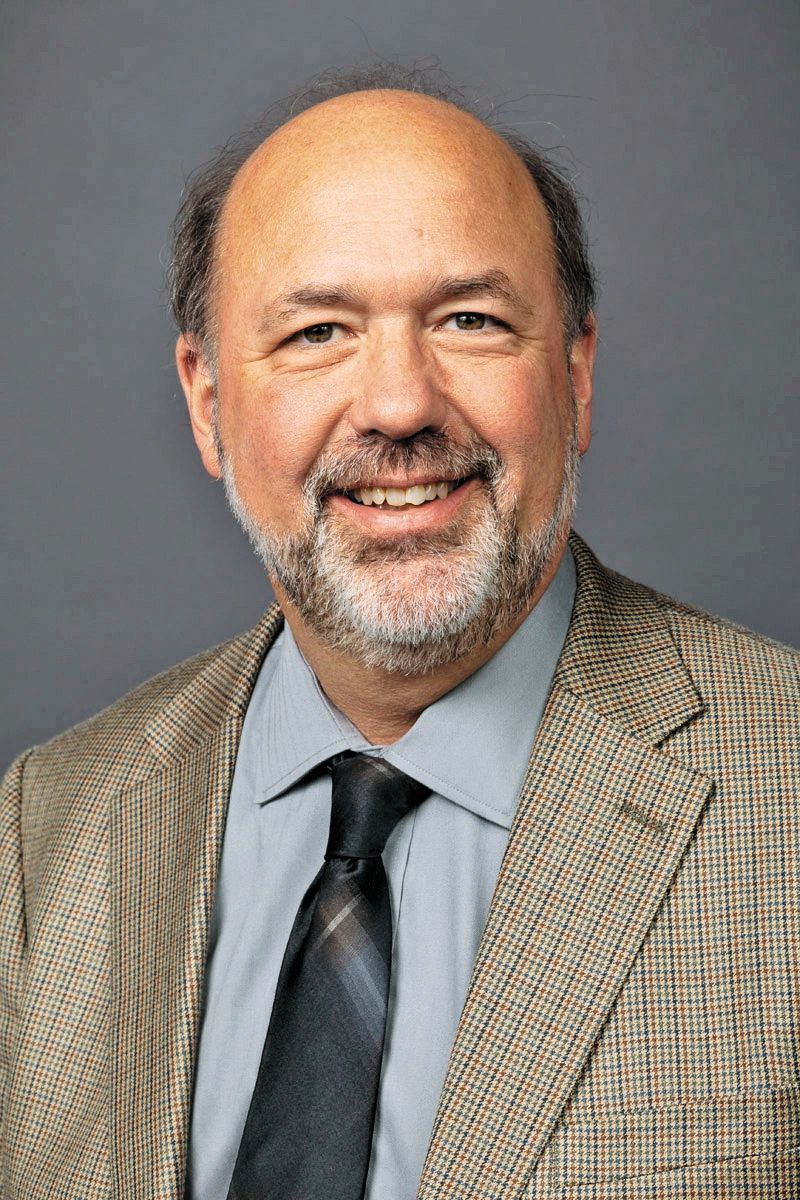 John J. Miller, MD, is Medical Director of Brain Health in Exeter, New Hampshire, staff psychiatrist at Seacoast Mental Health Center, consulting psychiatrist at Exeter Hospital, and psychopharmacology consultant to psychiatric clinical nurse practitioners, psychiatrists, and physicians. He has delivered over 2500 lectures, including CME symposia and national teleconferences and frequently speaks on pharmacogenomics, atypical antipsychotics, antidepressants, and mood and psychotic disorders. He earned his MD at UMass Medical School in Worcester, where he completed his residency in adult psychiatry.

Why psychiatry? “I studied biochemistry in college, which I continue to study to this day. A course in molecular evolution lit a fire of passion to understand the nature of the universe at multiple levels, which still burns in my soul. I initially planned to obtain a PhD in genetics, but ultimately decided to attend medical school.

“As a psychiatrist, I continue to learn about consciousness through both my love of biochemistry and Mindfulness. I have worked part time for the past 10 years at our local community mental health center, where I enjoy treating patients. I feel fortunate to spend most of my time learning, lecturing, writing, and consulting. This is my 26th year as the volunteer psychiatric consultant at the Insight Meditation Society in Barre, Mass, which provides me with a constant reminder of the importance of my own practice of meditation. 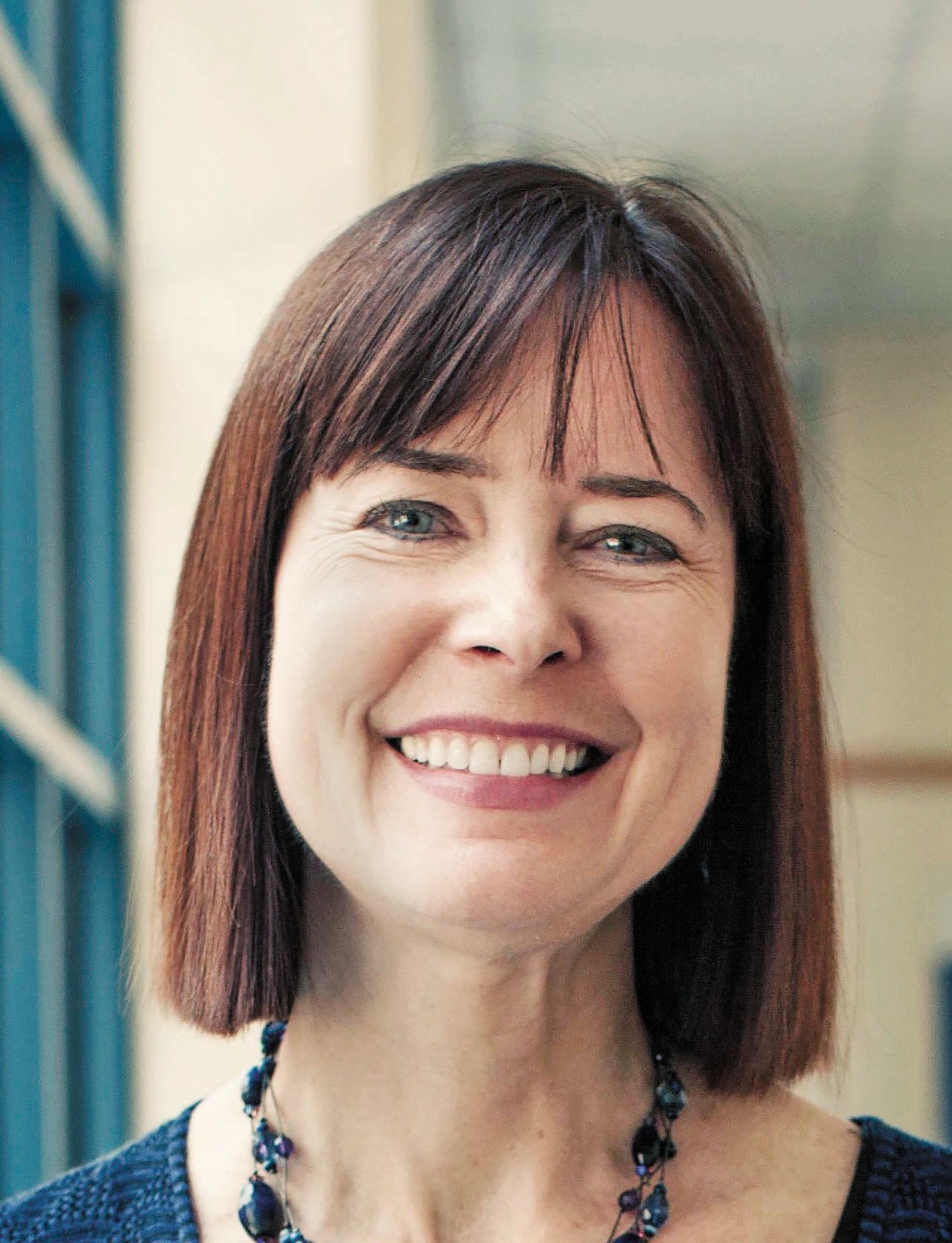 Katharine A. Phillips, MD, is on the faculty at Weill Cornell Medical College and the staff of New York Presbyterian Hospital in New York City. She is also Professor of Psychiatry and Human Behavior at the Warren Alpert Medical School of Brown University. Dr. Phillips is internationally recognized for her research and clinical expertise in body dysmorphic disorder (BDD) and other obsessive-compulsive and related disorders.

Dr. Phillips first became interested in BDD when, as a resident, she saw patients who were intensely preoccupied with minimal or nonexistent defects in their appearance (for example, “grotesque” skin or a “huge” nose) to the point that it caused suffering and interfered with psychosocial functioning-often to a severe degree. She writes that “At that time, systematic research on BDD had not been done, clinicians were unaware of BDD, and it was not a focus of scientific investigation in our field.” Because she saw how severely ill and impaired these patients typically are, she has dedicated much of her career to treating patients with BDD and conducting BDD-focused research. Her research on BDD was funded by the NIMH for more than 20 years.

Dr. Phillips is the author of more than 320 publications and has written or edited 11 books. She has given more than 550 presentations in the US and abroad. She has received numerous honors and awards, including a Special Presidential Commendation from the American Psychiatric Association for her research accomplishments.

Dr. Phillips serves on a number of editorial and scientific advisory boards. From 2007–2013, she chaired the DSM-5 Work Group on Anxiety, Obsessive-Compulsive Spectrum, Post-Traumatic, and Dissociative Disorders and was a member of the DSM-5 Task Force; she is currently a member of the DSM Review Committee for Internalizing Disorders. She a Fellow of the American College of Neuropsychopharmacology, a member of the American College of Psychiatrists, and a Distinguished Fellow of the APA. She has repeatedly been included in Best Doctors in America, Castle Connolly’s America’s Top Doctors, Who’s Who in America, and Who’s Who in the World. 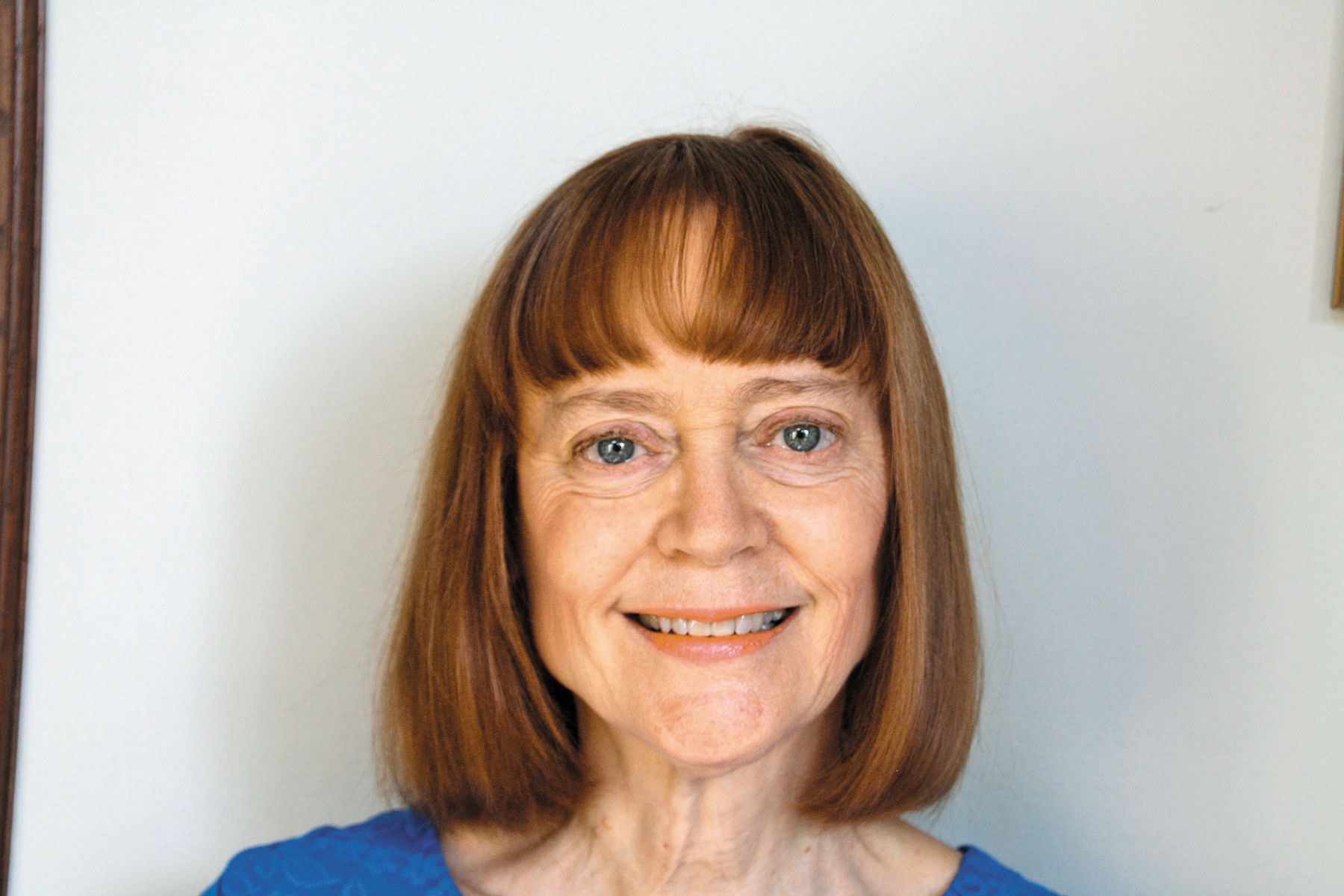 Phoebe M. Tucker, MD, is Professor of Psychiatry, Arnold and Bess Ungerman Endowed Chair in Psychiatry, and Vice Chair of Education in the Department of Psychiatry at the University of Oklahoma Health Sciences Center in Oklahoma City. In 2017, she was one of “Americas Most Honored Professionals-Top 1%” and has repeatedly been named one of Castle Connolly’s Top Doctors.

A diplomate of the American Board of Psychiatry and Neurology, Dr. Tucker earned her MD from the University of Oklahoma, where she completed her residency. She currently serves as Medical Director of the Physician Wellness Program at the Oklahoma County Medical Association and is a Distinguished Life Fellow of the APA.

Dr. Tucker writes: “I met my husband Les in Cote d’Ivoire many years ago when we were both in the Peace Corps. We’ve been married 45 years, with 2 grown offspring. My original degree was in English literature from UC Berkeley. After volunteering in a hospital in Africa, I went to medical school, completed general adult residency, and have been in the department of psychiatry at OUHSC ever since except for 3 years as Dean of Student Affairs for the medical school. My research has focused on PTSD and trauma (including the Oklahoma City bombing), anxiety disorders, and biological markers of psychiatric disorders (heart rate variability, interleukins, etc.) Teaching is a passion.

Les and I still love to travel-some favorite trips were living and teaching in Australia, floating down the Amazon, going to Machu Picchu and Lake Titicaca, visiting China, seeing our former exchange student in Japan.”

Let me seize this opportunity to say farewell to my friends and colleagues and mentors at Psychiatric Times. As this issue goes to print, I’m heading out the door for my first day of “retirement”-a summer of being outdoors and a fall and winter of travel.

I’ve been so proud to be a part of this publication for almost a decade, and to have had the honor-and pure pleasure-of working with 4 amazing editors-in chief, Drs. Ron Pies, James Knoll, Allan Tasman, and Michelle Riba. I also want to shine a light on my manager, Sara Michael, and on the editorial team, Natalie Timoshin, HeidiAnne Duerr, and Laurie Martin, for the passion and skill they bring to their work, and for helping make Psychiatric Times one of the best read psychiatric publications in the US. They will continue to provide you with the latest in psychiatry-from residency to retirement-in print or online. Their editorial mission is to deliver the information you need to fulfill your mission-to provide optimal care of your patients.