An increasing number of patients are being brought to the emergency room because of bath salts and/or herbal incense toxicity. 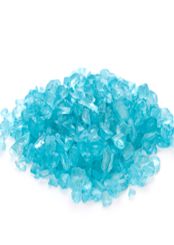 After being retained as a forensic psychiatrist in a number of cases involving defendants who were intoxicated with “bath salts” and/or “herbal incense” at the time of their crimes, I conferred with several colleagues working in emergency settings. [Note: Listen to the podcast here.]They confirmed my disquiet as they acknowledged seeing an increase in the number of patients brought to the emergency room as a direct result of using these “legal” substances.

According to the American Association of Poison Control Centers, there were 6138 calls for exposures to bath salts in 2011.1 As of January 31, 2012, there were already 228 calls. These substances have potentially serious adverse psychiatric effects including acute psychosis, delirium, violent behavior, seizures, and cardiovascular emergencies.2 With increasing reports in the media about synthetic legal intoxicating drugs (SLIDs) resulting in serious medical consequences and dangerous behavior, many psychiatrists will have at least a passing knowledge of these dangerous substances.3,4 Because of their variable legal status and numerous brand names, many may be unfamiliar with their mechanism of action and abuse potential. This article will provide a quick reference summary on SLIDs-what they are, what they do, and how to treat their adverse effects.

When sold at over the counter at “head shops,” SLIDs have many brand labels but are generally categorized into either bath salts or herbal incense. Table 1 gives some examples of the various synonyms for SLIDs. The substances are packaged and sold with deceptive labels, such as “not for human consumption” (to bypass FDA regulation) or “herbal blends” to suggest a harmless recreational, yet legal substance. They are also marketed and sold on the Internet as “natural” and “safe” substances.5

Stimulants and synthetic cannabis
The most common active components in bath salts can be either (1) mephedrone or, (2) 3, 4-methylenedioxypyrovalerone (MDPV)-both powerful stimulants producing effects similar to those of methamphetamines. Mephedrone is chemically similar to cathinone, the active ingredient of the African Khat plant which is well known for its abuse potential. MDPV inhibits reuptake of dopamine and norepinephrine.

Herbal incense products contain synthetic cannabinoids. However, these drugs bind to cannabinoid receptors as full agonists as opposed to cannabis’s partial agonist activity.6 Thus, they are believed to have a heightened potential for adverse events. Both bath salts and herbal incense are abused for their psychogenic, hallucinogenic and mood-altering effects.7

Albeit very early, there is some evidence for the abuse potential of synthetic cannabinoids.8 Chronic abuse has been associated with signs of addiction and withdrawal that are similar to those observed in cannabis abuse.6 In an Internet-based survey of adults who used synthetic cannabis, it was found that the use of other psychoactive drugs was common.9 Further, users continued to seek out and use synthetic cannabis even after it had been banned by local authorities. As a result, synthetic cannabis users are “exposed to drugs that are extremely variable in composition and potency, and are at risk of serious, if not lethal, outcomes.”5

Recently, the US and Canada banned these substances. Yet the problem persists because manufacturers are a step ahead, ready to produce other slightly modified synthetic variants.5 To date, more than 140 different synthetic cannabis products have been identified.5 Another problem is that the SLIDs may not be identified by standard urine drug screens, particularly if they have been newly developed. It has been my experience that persons on probation or parole (who must undergo random urine drug screens) are fond of using SLIDs for this very reason. In addition, physicians treating military personnel have also reported cases of synthetic cannabis use, likely because of the decreased chances of detection by urine drug screens.10 Often, a more complex and time-consuming toxicology analysis is required to detect the presence of SLIDs.

Diagnosis and treatment ofSLID use
Psychiatrists and ER physicians must maintain a high index of suspicion in order to diagnose and treat SLID intoxication. In particular, it should not be prematurely concluded that an agitated, psychotic person has schizophrenia or is “only a psychiatric patient.”2 In fact, there are significant risks to this assumption, including life threatening physical conditions. Finally, it should be kept in mind that patients with SLID intoxication are at increased risk for seizures, and thus antipsychotics should be used cautiously and, in some cases, may be contraindicated.

Table 2 lists SLID intoxication signs and symptoms that have been described in the literature, while Table 3 gives recommendations for treatment. Due to the variable nature of SLID intoxication and their potential to be used in combination with other substances of abuse, a careful approach involving coordinated emergency medical and psychiatric care is suggested. Once the patient’s acute medical and psychiatric crisis has resolved, education on the risk of SLIDs and addiction treatment referrals are recommended.

Lorazepam
Intravenous fluids
Supportive monitoring
Judicious use of restraints if necessary
(Antipsychotics should be used cautiously, and may be contraindicated in
some patients due to risk of seizures)