Some health care workers have been particulary vulnerable to the stress of uncertainty and loss of control engendered by the COVID-19 pandemic, illustrated by 3 cases presented here. 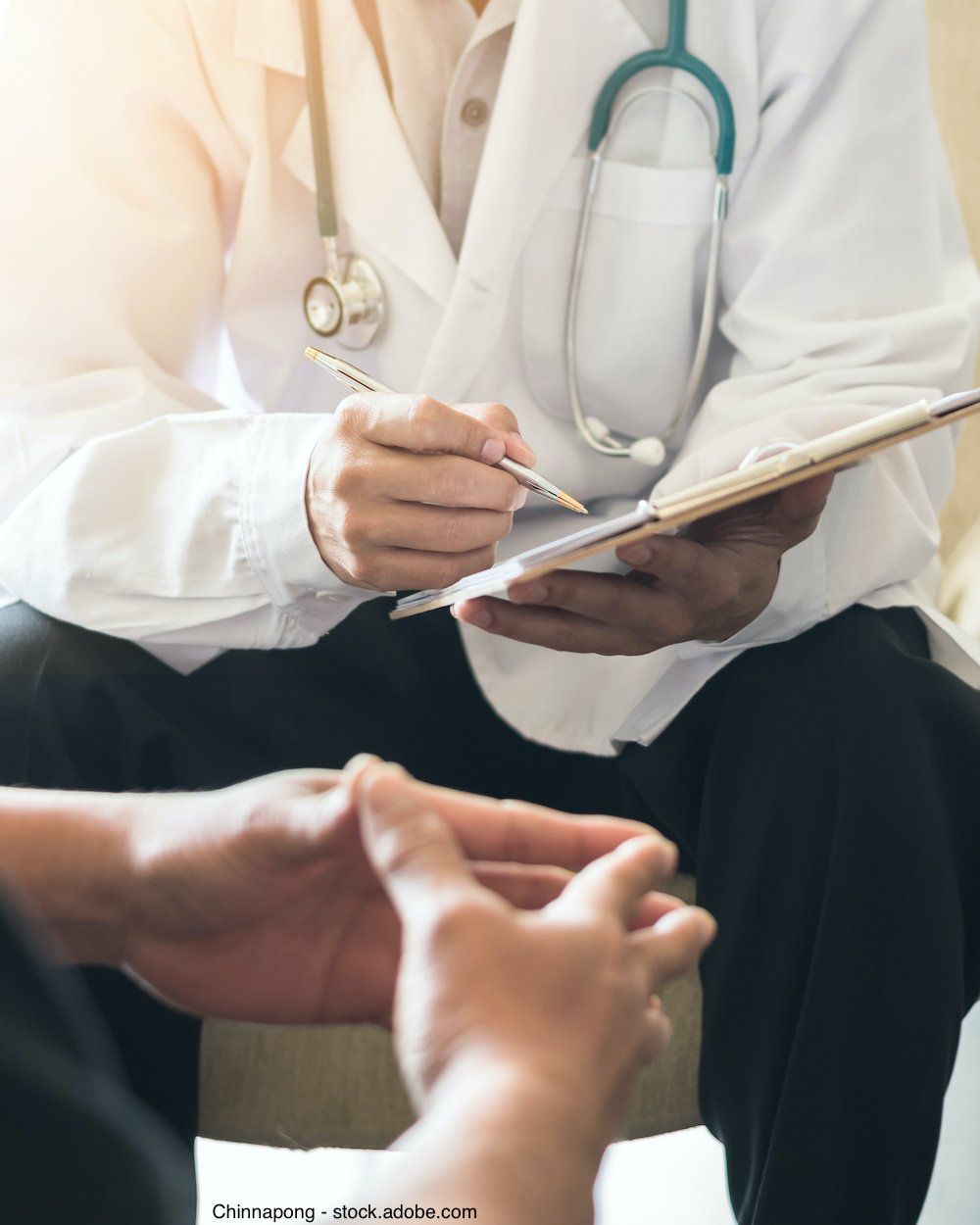 Back in July 2015, I wrote an article for Psychiatric Times titled “Managing Ebola: The Archaeology of a Disease” at the early stages of the burgeoning Ebola outbreak. I quoted Dr Adrian Hill, director of the Jenner Institute on vaccine research at Oxford: “We know there will be more outbreaks . . . Many viruses are lurking, and then there are going to be new viruses.”1,2 Here we are, only 5 years later, in the face of a pandemic, literally tracing the archaeology of a new disease.

As across the country, COVID-19 has become the primary focus of hospitals in my geographic region (the greater Boston area). At time of this writing, we have not yet been overwhelmed, but cases are growing. The psychological warfare waged by this virus has been overwhelming, both for patients and for health care providers. Patients are afraid of contracting and transmitting the virus. But health care workers, especially those used to a degree of predictability, seem to be susceptible to the stress of uncertainty and loss of control engendered by the COVID-19 pandemic.

Since the declaration of the pandemic, we have had several cases in our emergency department (ED) of what I have referred to as corona psychosis; 3 of which are presented here.

“Dr Smith” is in her 40s; she is a practicing physician and administrator at a medical center. She was brought unwillingly to the ED by her husband. She had no prior documented psychiatric history and no significant medical history. She was almost 2 years out of the postpartum period. She did not drink alcohol or use other psychoactive substances. Her husband learned of staff concerns that she was becoming increasingly irrational and erratic at work, corresponding to the dramatic increase in media coverage of the coronavirus.

Upon psychiatric evaluation, Dr Smith’s speech was pressured and she was paranoid. Despite being asymptomatic, she convinced staff at another hospital to test her for the virus; the test came back negative. Dr Smith then became belligerently mistrustful of “the system,” refusing to believe she did not have the virus. Dr Smith became convinced that not only was she infected, but her family was infected as well. She believed that the Center for Disease Control had specifically targeted her and her family, transmitting the disease surreptitiously by means of drones while they slept.

As a result, Dr Smith had not slept for 3 days. She denied any hallucinations; she maintained good behavioral control throughout the exam, but she clearly was delusional. When asked about her plans, she stated only she “would monitor the situation.” When asked why she returned to work if she believed she was infected, she said, “I have to find the cure.” Although we encouraged her to admit herself to the psychiatric unit, she refused. She responded well to lorazepam in the ED, and her husband, also a medical professional, insisted on taking her home. Dr Smith did not meet criteria for involuntary commitment, and she was discharged.

“Ms Rogers” is a nurse in her mid-40s. Married with teenage children, she had a history of depression and anxiety, as well as some concerns for a possible alcohol use disorder. She had no documented history of psychotic symptoms. She self-presented, complaining of worsening depression since the expanded media coronavirus coverage. Ms Rogers noted she was feeling quite hopeless and suicidal.

Ms Rogers wrote a detailed suicide note to her husband, making it clear that she “was already in the process” of committing suicide. She explained, both in her note and to us, that she had infected herself with coronavirus with the intent of dying. She tested negative for the virus at an outside hospital. When asked how she had infected herself, Ms Rogers explained that she “went 24 hours without washing her hands.” She was not intoxicated, and there was no evidence of withdrawal.

Although she was convinced that she would die within 2 weeks, Ms Rogers agreed to a voluntary admission to the psychiatric unit. She responded well to low-dose lorazepam in the ED. Her symptoms are currently being treated with a combination of an antipsychotic and an antidepressant medication.

“Ms Greene” presented while still working her shift as a hospital custodian. She was in her 40s, and married with grown children. Ms Greene worked on the hospital housekeeping staff for many years without incident. She had a long history of intermittent anxiety treated well by her primary care physician with minimal use of as-needed alprazolam.

Ms Greene was cleaning a patient’s room on the psychiatric unit when a nurse entered the next room, gowned, gloved, and masked, to perform a routine influenza/RSV swab on a different patient. Upon witnessing this, Ms Greene became convinced that she had contracted coronavirus. She became quite agitated, started pulling at her hair and shouting nonsensically in her native language. She could not be calmed down verbally, and she had to be escorted to the ED by hospital security.

Upon examination, there was no indication that Ms Greene was at increased risk of coronavirus; and she was asymptomatic. Due to Department of Public Health guidelines, therefore, she was not tested for coronavirus. She partially responded to lorazepam, but she remained delusional that she was “infected.” Family members took her home. Ms. Greene has been on medical leave since then.

Although this is a small series of patients from a single community hospital, I anticipate as this crisis unfolds-and as people are more socially isolated-there will be an increase in these brief psychotic reactions. Based on these cases, anxiety (and perhaps depression) may be a contributing factor, the more acute symptoms responding (at least temporarily) well to lorazepam.

What is otherwise striking is the commonality of all 3 patients working in hospitals at the frontline of the current crisis. I am concerned about the toll this crisis is taking on those in the trenches. There have been many subtle signs of stress vulnerability in providers, increasingly outward signs of a more generalized helplessness at the loss of control.

The anxiety is growing more palpable-both for patients and health care professionals-and I would urge everyone involved in these efforts to seek and to provide ongoing support for you and your teammates. As psychiatrists, we need to be attuned to colleagues as this drama unfolds. Like all crises, this too will end, and hopefully, these and other “corona psychosis” cases and anxiety will resolve.

The cases discussed here are composites and not meant to identify any one person. This article was originally posted on March 25, 2020, and has since been updated. -Ed

Dr Martin is Director of Medical Psychiatry at the Newton-Wellesley Hospital in Newton, MA, and a Clinical Assistant Professor of Psychiatry at Tufts University School of Medicine in Boston. 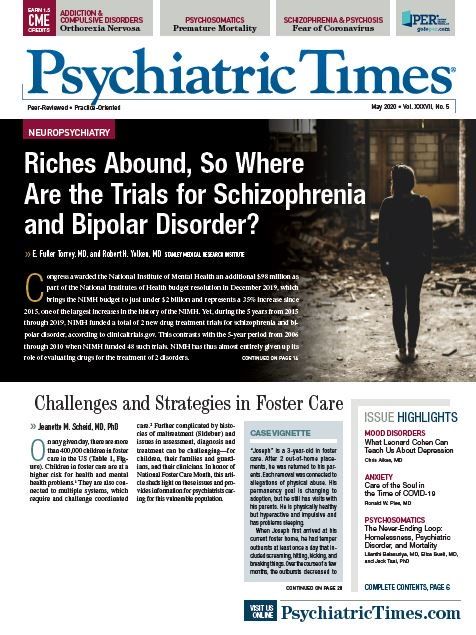