Many children today are receiving inadequate mental health care due to a decrease in the number of well-trained providers, while the prevalence of children's mental health problems is increasing. Legislation is pending in the U.S. House and Senate to address these issues.

Many children with mental health problems are either not being seen, or are being seen by professionals who have not been trained in the principles of development and childhood psychopathology, said Thomas F. Anders, M.D. He told Psychiatric Times, "We believe that the care that many of these kids are getting today is inadequate."

The Surgeon General's Report on Children's Mental Health and a number of studies suggest that the prevalence of children's mental health problems is increasing as stressors in society continue to increase. Meanwhile, the number of well-trained providers is decreasing, leading to a major crisis in providing services.

"These problems don't go away by themselves, and without treatment, they get worse," Anders said. "The enormous need that our society has for providing emotionally secure and physically safe environments for kids is huge, and our mental health professionals need to be a big part of that."

The U.S. Bureau of Health Professions projects that at current recruitment levels, the nation will have only two-thirds of child and adolescent psychiatrists needed to meet the demand by 2020--8,312 child psychiatrists versus a need for 12,624.

A "severe maldistribution" of practicing child psychiatrists further exacerbates the problem. While Massachusetts has 17.5 child and adolescent psychiatrists per 100,000 youths, West Virginia has only 1.3, and the national average is 7.5.

The workforce shortage issue has two complementary threads, according to Anders, president-elect of the American Academy of Child and Adolescent Psychiatry (AACAP) and co-chair of its steering committee on work force issues.

The first one relates to the need for changes in the training of child and adolescent psychiatrists. The current track is a five-year program: three years of adult psychiatry followed by two years of child psychiatry.

"What happens as a result of that kind of training track is that a number of people who initially express their interest in child psychiatry really get ground down before they finish," said Anders, also a professor of psychiatry at the University of California, Davis, Medical Center. As many as 50% of students who are initially interested in child psychiatry lose that interest by the time they complete their adult training. Beginning this year, AACAP's goal is to increase recruitment into residency programs by 10% a year for the next decade. The training takes too long, and residents accrue too much debt, Anders said. As a point of contrast, pediatric residents do not take three years of internal medicine before they begin their pediatric training. They're trained primarily with children from the beginning, he said, adding that AACAP would like to see students trained in more integrated programs that offer experiences with children beginning on day one. Instead of doing a PG-1 year in internal medicine and adult neurology, students interested in child psychiatry would do a PG-1 in pediatrics and child neurology. They would have early exposure to children that would stay with them during their five years of training.

And although it's a long shot, Anders said, it would be nice to reduce the total amount of time it takes to get board certification as a child psychiatrist.

The second thread, he continued, relates to getting more appropriate reimbursements for child psychiatrists, which would help make the profession more attractive. Most insurers reimburse the services of child psychiatrists in about the same way as they do adult services.

A 50-minute session may work for an adult patient, but it is insufficient for doing an evaluation on a child. "You've got to see the family, you've got to talk to the teachers, you've got to see the kid in action in several different settings," he said. Consequently, child psychiatrists need to advocate for better reimbursement for the services they provide, including the ancillary services that are necessary to evaluate the child and provide treatment.

Few child psychiatrists can afford to live off the reimbursement rates that managed care companies are providing, so many of them are choosing to provide services only to patients who can pay out-of-pocket, Anders said. Consequently, rural populations, which tend to be poorer, get underserved, as do inner-city populations.

People in child psychiatry are not very interested in living in rural areas, Glenn J. Kashurba, M.D., told PT. "Generally speaking, child psychiatrists don't get out of the city."

Kashurba is the only child psychiatrist in a four-county area of rural Pennsylvania that is roughly the size of Massachusetts and home to about half a million people, he said. He evaluates 500 to 1,000 children a year.

He works at six different sites: an outpatient facility; an intermediate unit for special education services, where he established an autism assessment program; a partial-hospitalization facility; a residential treatment center; a small outpatient private practice that includes legal work; and a maximum-security prison for juvenile offenders.

After 15 years of working in the area, Kashurba said that he has given up on the idea of recruiting another child psychiatrist. "They just don't come here," he said. And with a dearth of child psychiatrists, "What ends up happening is that kids need services and they end up seeing somebody other than a child psychiatrist for those services."

That, he said, places additional stress on the system by forcing adult psychiatrists, pediatricians and family physicians to spend time practicing outside of areas where they feel comfortable.

Kashurba is co-chair of AACAP's workgroup on consumer issues. The group puts together the "Facts for Families" portion of the academy's Web site and strives to make the role of child and adolescent psychiatrists more visible within the general and mental health care systems.

"You have to be very creative in what you do," he said. "You have to have good working relationships with the psychologists, the pediatricians, the family doc."

Having been in the Somerset, Pa., area for so long, Kashurba has established those relationships. When he first moved there, he set up an inpatient psychiatric facility for adults and adolescents at the local hospital. He was able to work closely with other physicians, allowing him to gain their trust.

When he left the hospital to devote his practice to child and adolescent psychiatry, doctors felt comfortable calling him for advice about managing their young patients' medications, he said.

It took about five years to establish a good working relationship with school personnel, who speak a different language from physicians, he said. Another obstacle was the negative experiences that the school staff had when sending children to Pittsburgh for psychiatric evaluations before his arrival.

But even that has become less of an option as the entire western half of the state has seen a decline in the availability of child psychiatric services, he said. "Even sending a kid into Pittsburgh for an evaluation has become so much harder."

When Kashurba first began conducting autism evaluations, he saw a number of significantly autistic 8- and 9-year-old children who had never seen a child psychiatrist. Instead, they had basically traveled two and a half hours into Pittsburgh just to see a social worker, he said.

Now that his program has cleared the backlog of older patients, Kashurba is able to assess children for autism at ages 3 and 4.

The region Kashurba serves includes the town of Shanksville, site of the Flight 93 crash on Sept. 11, 2001. Kashurba volunteered his services to meet with victims' families at the crash site. "Had I not gone, there wouldn't have been anyone there working with the families who had been trained at all with children."

Kashurba has written two books on the subject--Courage After the Crash: Flight 93 Aftermath and Quiet Courage, which will be released this summer.

The long-term effects of Sept. 11 on children in the four-county area were minimal, Kashurba said, although there was an intensification of pre-existing difficulties at the time of the attacks.

A series of tornadoes that hit the region in 1998 provoked a much stronger reaction. The tornadoes were completely unexpected in the mountain region. The first one killed a 13-year-old girl. The next night, a stepfather and child died as a result of tornado damage to their home. And two days after the first storm, two more tornadoes struck, damaging 400 buildings as people sat in their basements listening to the radio for updates.

"That was actually a more traumatic thing for our kids long-term than Flight 93," Kashurba said.

The Child Healthcare Crisis Relief Act would help address some of these issues. The legislation, currently being considered in the U.S. House and Senate, would provide scholarships and loan forgiveness as incentives for people to train as children's mental health care professionals--not only as psychiatrists, but as psychologists, social workers and counselors in school settings, and as psychiatric nurses.

"This is one of the key bills that would increase access to treatment for children and adolescents with mental illnesses," Nuala S. Moore, AACAP's assistant director of government affairs, told PT. "We hope to see action in 2004 on the bill."

The goal, Moore said, is to increase bipartisan support in both chambers of the U.S. Congress and have it attached to the reauthorization bill for the Substance Abuse and Mental Health Services Administration (SAMHSA). However, SAMHSA reauthorization bills have a tendency to get delayed, and it appears unlikely that the 108th Congress will take action before it adjourns at the end of this year.

But Moore said she is optimistic that the Crisis Relief Act can get passed as awareness grows about the work force shortages. Work force issues are sure to be part of the Senate's SAMHSA subcommittee hearings on children's mental health issues this year, and the topic received attention last year from the Senate Governmental Affairs Committee during hearings on the Keeping Families Together Act, which would try to put an end to families relinquishing custody of their children in order for them to receive mental health services.

The Crisis Relief Act would allow for changes in the residency training sequence and provide more appropriate reimbursements from Medicare for that training, Anders said. As it stands now, Medicare will reimburse hospitals only for the full cost of residents through their first specialty. While a hospital is fully reimbursed for residents in adult psychiatry training, it receives only 50% reimbursement for the additional two-year residency in child and adolescent psychiatry.

The bill would increase the Medicare reimbursement to 100% of the costs for a residency in child psychiatry, making it more lucrative for hospitals to have these residency programs, stated Anders.

The number of child psychiatry training programs in the United States dropped from 120 to 113 between 1990 and 2003.

Articles in this issue
Child Psychiatry Faces Workforce Shortage
Condemned Prisoner Treated and Executed
Blind Spots
The Interface of Depression and Dementia
The Effects of Age on Cognitive Deficits in Schizophrenia
Assessing and Treating Men With Eating Disorders
The Complex Interaction of Cognitive Issues
The Impact of Antipsychotics on Cognitive Functioning in Schizophrenia
Suicide Ideation in the Elderly
Is ECT an Ethical Treatment?
Related Videos
Related Content 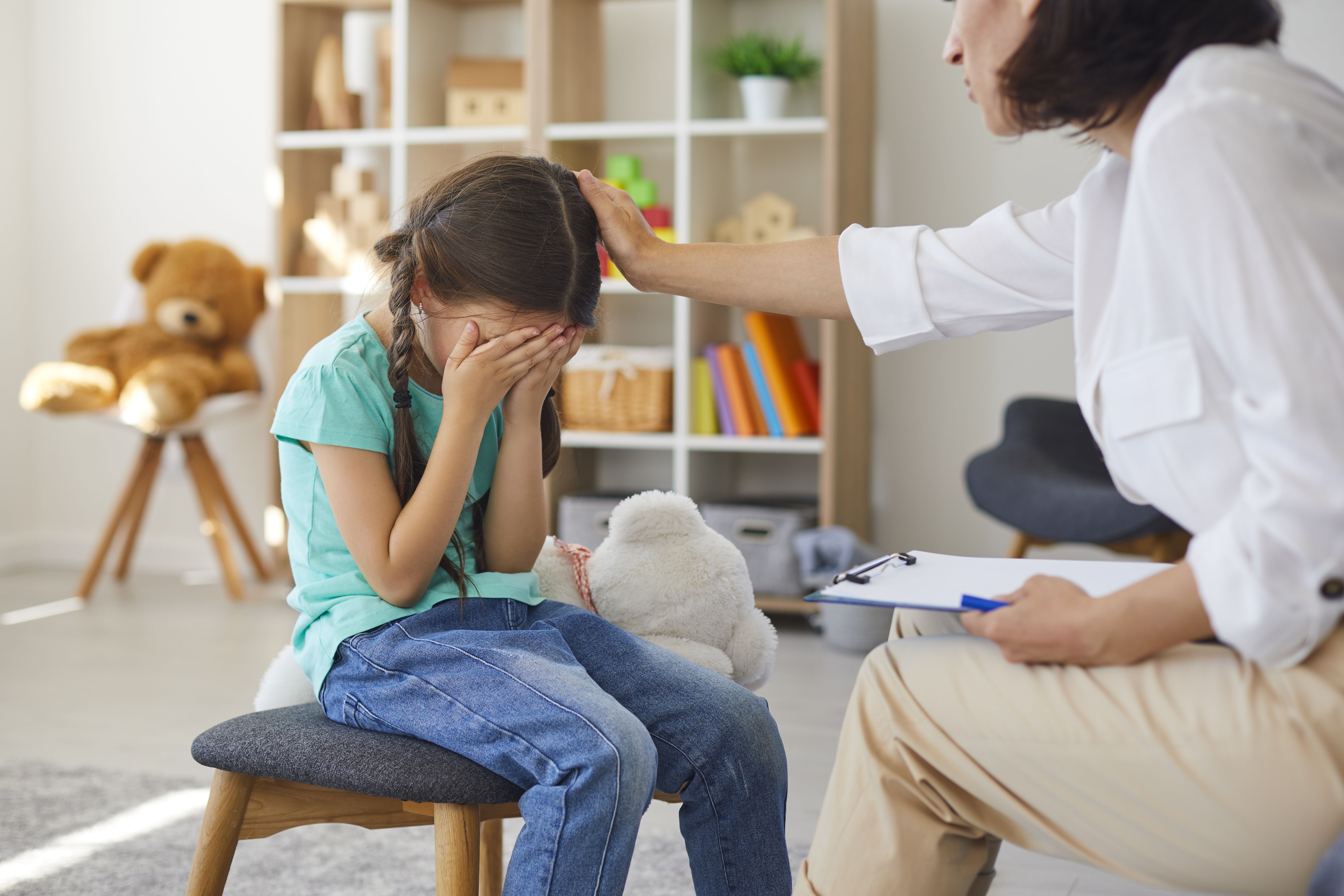