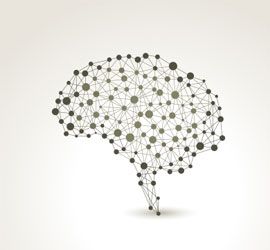 Schizophrenia is associated with impaired cognition, which persists despite current treatments, and is an important determinant of quality of life and overall function. There is limited evidence for the efficacy of pharmacological treatments for cognitive impairment in schizophrenia. Therefore, well-tolerated medications with efficacy for this indication represent a huge area of unmet need.

MIN-101 is a novel compound with equipotent affinities for sigma-2, serotonin 5-HT2A, and Î±1-adrenergic receptors, but weak dopamine antagonism. MIN-101 also does not have affinity for cholinergic or histaminergic receptors, which is important given negative effects of anticholinergic and antihistaminergic agents on cognition in severe mental illness. This raises the possibility that MIN-101 may have positive effects on cognition through sigma-2 and 5-HT2A antagonism.

Davidson and colleagues1 previously performed a 12-week phase 2b RCT of MIN-101 versus placebo in patients with symptomatically stable schizophrenia and chronic negative symptoms. Briefly, they enrolled 244 patients (age 18 to 60) with a DSM-5 schizophrenia diagnosis at 36 sites across 6 countries. Participants were randomized to placebo or oral MIN-101 at 32 or 64 mg/d in a 1:1:1 ratio for 12 weeks. Assessments were completed at baseline and weeks 2, 4, 8, and 12. They found significant improvements in negative symptoms in both MIN-101 groups at 8 weeks, with benefit maintained at week 12, that was not driven by improvements in mood.

Reefe and colleagues2 analyzed cognition as a secondary outcome measure from this trial. Inclusion criteria for the study were: clinically stable according to their psychiatrist; negative symptoms for at least 3 months and a baseline Positive and Negative Syndrome Scale (PANSS) negative subscale score of ≥ 20; and scores < 4 for PANSS excitement, hyperactivity, hostility, suspiciousness, uncooperativeness, and poor impulse control items; and extensive metabolism for CYP2D6. Exclusion criteria for the study were comorbid serious physical disorder, active suicidal ideation, history of suicide attempt, history of alcohol or drug abuse, and pregnancy. All psychotropic medications were discontinued 5 days before study baseline.

Cognition was measured using the Brief Assessment of Cognition in Schizophrenia (BACS) at baseline and weeks 4 and 12. BACS scores were standardized into age- and gender-adjusted z-scores and T scores. Data for the primary endpoint (change from baseline to week 12 in BACS composite and subscale scores) were analyzed using mixed-model repeated measures based on an intent-to-treat population.

At baseline, the 3 subject groups did not differ based on age, sex, PANSS scores, Clinical Global Impression (CGI) scores, or BACS scores. Over 95% of subjects in each group completed the BACS at baseline. From baseline to study endpoint (week 12), subjects in the MIN-101 32 mg group had significant improvements in the BACS composite (effect size ~ 0.3 SD over placebo), token motor, and verbal fluency scores compared to the placebo group. There was a non-significant trend for improvement in the symbol coding, token motor, and verbal fluency scores from baseline to endpoint for subjects in the MIN-101 64 mg group compared to placebo.

In the MIN-101 32 mg group, changes in cognitive functioning were not correlated with changes in negative symptoms at either week 4 or 12. By contrast, in the MIN-101 64 mg group, improvement in the PANSS negative factor score was significantly correlated with improvement in the BACS cognitive composite score at both week 4 (Pearson r = -0.29) and week 12 (r = -0.41).

The authors concluded that MIN-101 has a possible benefit on cognition in patients with stable schizophrenia symptoms and concurrent negative symptoms, potentially through sigma-2 and serotonin 5-HT2A receptor antagonism. Approximately 40% of patients in the MIN-101 32 mg group had a clinically meaningful improvement in cognition (defined as ≥ 0.5 SD improvement).

They note a limitation of the study is that in contrast to dose-related effects of MIN-101 on negative symptoms, the findings for cognitive performance are divergent. It is also not clear whether the same pattern of results would be observed for patients with a different profile of schizophrenia symptoms, or if MIN-101 was used as add-on therapy. Nevertheless, this study suggests that through an innovative mechanism of action, MIN-101 may address a key area of unmet need in the treatment of patients with schizophrenia.

1. Davidson M, Saoud J, Staner C, et al. Efficacy and safety of MIN-101: a 12-week randomized double-blind, placebo-controlled trial of a new drug in development for the treatment of negative symptoms in schizophrenia. Am J Psychiatry. 2017;174:1195-1202.