Coyne Battles Darwin, Many Other Evolutionary Biologists-and Himself

Erroneous conclusions, and medical harm, can come from accepting any hypothesis uncritically, and growing evidence indicates that treatments based on disorder hypotheses for depression do cause harm. 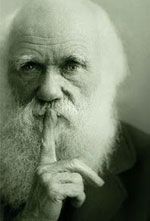 Last year, we published a lengthy article in Psychological Review, “The Bright Side of Being Blue: Depression as an Adaptation for Analyzing Complex Problems,”1 that biologist Jerry Coyne criticized in the August 2010 issue of Psychiatric Times.2 We proposed that depression may be an evolved adaptation for analyzing complex social problems, calling this the analytical rumination hypothesis (ARH). Limited space prevents us from addressing all of Coyne’s points. We focus on a few, referring readers to our original article to evaluate other arguments for themselves.

Coyne argues that our evolutionary analysis of depression was flawed because we did not show that the reproductive benefits of depression outweigh its costs. This is a courageous claim, for with it Coyne also challenges Charles Darwin, who made many compelling arguments about adaptation without showing reproductive benefit.3 Indeed, if Dawin had needed to measure fitness to make compelling arguments about adaptation, the theory of natural selection would never have gotten off the ground. Coyne also takes himself to task with this claim. In a recent book, Coyne4 argues that the woodpecker has impressive adaptations for driving its beak into wood without discussing any evidence of reproductive benefit.

Consider another example. To our knowledge, no biologist has ever formally demonstrated that the fitness benefits of eyes outweigh their costs. Nevertheless, we know with virtual certainty that the eye is an adaptation because it has a useful effect (vision), and this effect so completely explains its internal structures (pupil, lens, retina, rods, cones, etc) and how they operate in a coordinated fashion to promote vision that selection for vision is the only plausible explanation.

Analyses of how traits are structured and operate are called design analyses, and there is little disagreement among evolutionary biologists that design evidence alone can make compelling cases for adaptation. The late George Williams5 wrote a leading treatment of design analysis, and it is considered a classic. Stephen Jay Gould, who was often critical of evolutionary psychology, believed that natural selection was the only known natural mechanism with the power to build structures of “eminently workable design,”6 and he often relied on design evidence to make adaptationist arguments.7

We constructed our design analysis of depression around a key fact: analytical reasoning must be uninterrupted to be effective. We drew on a multitude of research-from genes, neurobiology, cognition, and behavior-to argue that depression coordinates many traits to promote uninterrupted analytical thought.

Erroneous conclusions, and medical harm, can come from accepting any hypothesis uncritically, and growing evidence indicates that treatments based on disorder hypotheses for depression do cause harm.

Coyne argues that reproductive data are needed to prevent ridiculous concoctions. “The ‘coordination’ of symptoms is a post facto rationalization: with sufficient imagination, one can view nearly any mental illness as an orderly and useful syndrome.” However, to be successful, design analyses must be immune to the effects of spurious imagination: they must show such “eminently workable design” that alternatives to natural selection are implausible explanations for the trait’s structure and operation.5,7 Once a design analysis leaves no room for doubt that natural selection has molded a trait for a particular effect-vision, uninterrupted analytical reasoning, drilling a beak into wood-it follows that the fitness benefits must have outweighed the costs.

We cannot help feeling amused at the claim of post facto rationalization. If it were true, we would have avoided making risky predictions that contradict widely held beliefs about depression. For instance, we predicted that future research will show that depression is useful in helping people solve the problems that triggered their episodes. All current evidence that depression interferes with problem solving is based on non-triggering problems.

We discussed evidence that uninterrupted analytical reasoning requires sustained neuronal activity in the left ventrolateral prefrontal cortex (VLPFC), a site implicated in depressive rumination. On the basis of the metabolic requirements of neurons engaged in sustained firing, we predicted future research would show enhanced lactate metabolism and glutamate-glutamine cycling in the left VLPFC of depressed patients, and that these processes are driven by the sustained transmission of serotonin to this area. Simply put, part of our design analysis requires us to challenge the common wisdom that depression is a state of low forebrain serotonin levels. We refer readers to our article for further explanation of these points.

Coyne points to the impairments associated with depression as evidence of disorder, but this is spurious imagination. When the immune system mounts a response to infection, it causes discomfort and decreases physical, sexual, and cognitive functioning. These impairments arise because an immune response requires enormous energy and the body adaptively down-regulates other systems that could drain limited resources.8 We reviewed evidence that many similar impairments associated with depression analogously arise because uninterrupted analytical thought requires the down-regulation of other body systems that could drain limited attentional resources.

Coyne faults us for not mentioning suicide in our article, which he considers strong evidence of depressive disorder. (We eliminated our discussion of suicide from the final article because it was already long.) Depression and suicidal behavior are related, but they are not equivalent-in most clinical episodes of depression, suicidal ideation is absent. Perhaps depressive episodes that lead to suicidal behavior are true instances of disorder. However, acknowledging this possibility does not require any backpedaling. In our article, we argued that while depressive disorder is probably overdiagnosed, it must exist because all body systems are susceptible to malfunctioning.

Moreover, most evolutionary biologists know that natural selection trades off survival when doing so enhances genetic propagation. An early evolutionary insight into suicide came from biologist J. B. S. Haldane, who famously quipped that he wouldn’t sacrifice his life to save his brother, but he would to save 2 brothers or 8 cousins.9 There are clear instances when design evidence alone reveals selection for suicide.10 In some ant species, workers explode when they are attacked, spraying a glue-like substance that immobilizes their attackers and helps protect other colony members.11 In the Australian redback spider, males flip their abdomens into the jaws of the females with whom they are mating so they can be devoured, fertilizing more eggs in the process.12 These examples illustrate a profound insight into modern biology: organisms evolved to promote the propagation of their genes, not necessarily their own survival.

Adaptationist hypotheses for human suicidal behavior do not involve anything as exotic as exploding abdomens or copulatory backflips. They are related to psychiatric research suggesting that many suicidal acts are desperate gambles undertaken to elicit important social benefits.13,14 These hypotheses predict that suicidal decision making involves an analysis of the risks and benefits at stake that most likely occurs during suicidal ideation.13 The ARH suggests that depression would enhance the quality of this cost-benefit analysis, which might explain evidence that antidepressants promote suicidal behavior.15 Elucidating the intricacies of the relationship between depression and suicide requires further research.

Next, Coyne argues that the ARH cannot account for the fact that much of the phenotypic variability in depression has genetic underpinnings. As part of his argument, he erroneously claims that there are only 2 ways genetic variability can be maintained in traits that are selectively advantageous-environmental variability and heterozygote advantage-neither of which seems to be at play in depression. In fact, mutation introduces variation even at loci that have otherwise been driven to fixation by selection.

Because mutation at any given locus is rare, selection against mutations keeps genetic variability low in simple traits with few underlying genes. However, highly polygenic, adaptive traits are more genetically variable because they are vulnerable to mutation at many loci and it takes time for selection to eliminate mutations.16,17 The ARH implies that depression is highly polygenic because it is a complex trait that regulates many different body systems, so the underlying genetic variability is predicted to be the result of a balance between mutation and selection.

Coyne makes other points that amount to saying we have not proved the ARH. We never said the ARH had been proved, but rather that it must “be subjected to greater scrutiny,”1(p644) and we provided many suggestions for testing it. Coyne prematurely rejects the ARH on the basis of surprisingly substandard reasoning, and he uncritically accepts disorder hypotheses. Erroneous conclusions, and medical harm, can come from accepting any hypothesis uncritically, and growing evidence indicates that treatments based on disorder hypotheses for depression do cause harm.15,18-20

Andrews PW, Thomson JA Jr. The bright side of being blue: depression as an adaptation for analyzing complex problems.

The Origin of Species by Means of Natural Selection

Why Evolution Is True

Adaptation and Natural Selection: A Critique of Some Current Evolutionary Thought

Lochmiller RL, Deerenberg C. Trade-offs in evolutionary immunology: just what is the cost of immunity?

Andrews PW. Parent-offspring conflict and cost-benefit analysis in adolescent suicidal behavior-Effects of birth order and dissatisfaction with mother on attempt incidence and severity.

Simon GE. How can we know whether antidepressants increase suicide risk?