Psychiatrists and Medicare: Unappetizing Developments for 2011

Psychiatrists face some unappetizing developments with regard to Medicare fees starting January 1, 2011. The terms of the new benefits are not nearly as specific as mental health groups pressed for. 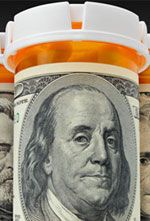 Psychiatrists face some unappetizing developments with regard to Medicare fees starting January 1, 2011. However, new depression and cognition screening requirements included in a new annual wellness visit (AWV) are good news for seniors and may mean referrals for psychiatrists, although the terms of the new benefits are not nearly as specific as mental health groups pressed for.

Referring to Medicare’s refusal to specify a depression screen, for example, Stephanie Reed, associate director, government affairs, American Association for Geriatric Psychiatry (AAGP), explained, “AAGP is concerned that absent a specific requirement for subsequent screening, primary care practitioners who see the patients might miss mental disorders that could and should be treated in a timely way.”

Also on the mind of psychiatrists as 2011 gets under way are decreasing Medicare fees, which could decline sharply unless Congress acts to forestall them. Two separate but related payment developments are around the corner. First, psychiatrists will lose about 1% of their reimbursements in calendar year 2011 because of a rebasing of the Medicare Economic Index (MEI)-a measure of medical inflation that relies heavily on physician practice costs. Second, all physicians face a 25% negative update to the conversion factor, the dollar figure against which total relative value units are multiplied to get a fee for any CPT code.

The rebasing of the MEI for 2011 reduces payments for physicians who have relatively small practice expenses. That group includes psychiatrists. The 3% reduction in psychiatrist fees from rebasing is more severe than in almost any other specialty, and it leads to a 1% reduction overall, when all changes in the fee formula for 2011 are considered. “APA is extremely concerned that these proposals disproportionately impact time-based and low-overhead specialties like psychiatry,” stated James H. Scully Jr, MD, medical director and CEO, of the American Psychiatric Association.

The reduction in the conversion factor is the second Medicare fee issue for calendar year 2011, and it is potentially more damaging to psychiatrists than the rebasing of the MEI. The conversion factor in 2011 is expected to be $25.5217. That represents a 25% cut-a negative update, in Medicare argot-from 2010. That 25% includes a 23% negative update for 2010, which Congress delayed until December 1, 2010. The update for calendar year 2011 is expected to be a negative 2%: a total of 25%. Congress was expected to address the calendar year 2010 update during the lame-duck session starting November 15. There is likely to be some mitigation of that 23% drop.

Apart from the payment issues, psychiatrists ought to be watching the terms of the new AWV authorized by the Affordable Care Act (ACA), the health care reform bill Congress passed in March. The ACA provides for coverage of an AWV, which includes a health risk assessment. That assessment is supposed to lead to the creation of a personalized prevention plan for beneficiaries. Primary care physicians, who will generally conduct these new wellness visits, would “detect” any cognitive impairment with the use of an appropriate screening instrument and would review the individual’s risk factors for depression.

A number of groups, such as Mental Health America, the AAGP, and the APA, are pushing for depression screening to be a part of not only the AWV but of additional visits in the following year that flow from the personalized prevention plan services the physician indicates are needed as a result of that first visit. However, the Centers for Medicare and Medicaid Services (CMS) said depression screening should be restricted to the first visit of the year because the US Preventive Services Task Force (USPSTF) recommendations indicate that the optimum frequency for depression screening is unknown. Thus, it would be “premature and beyond the current evidence” to require that they be included in the definition of subsequent visits.

“We are concerned with the proposed limit on depression screening to only the initial annual wellness visit,” emphasized David L. Shern, PhD, president and CEO, Mental Health America.

The AAGP has the same concern. “The fact that the optimum frequency for depression screening is not known is an insufficient basis for excluding such screening from subsequent visits,” added Christine M. deVries, chief executive officer/executive vice president, the AAGP. “The statute limits subsequent visits to no more than 1 per year. In the geriatric population, the risk of change over a 12-month period is not insignificant.”