Recent findings may relieve some of the guilt that accompanies the consumption of chocolate, particularly during depressive episodes. 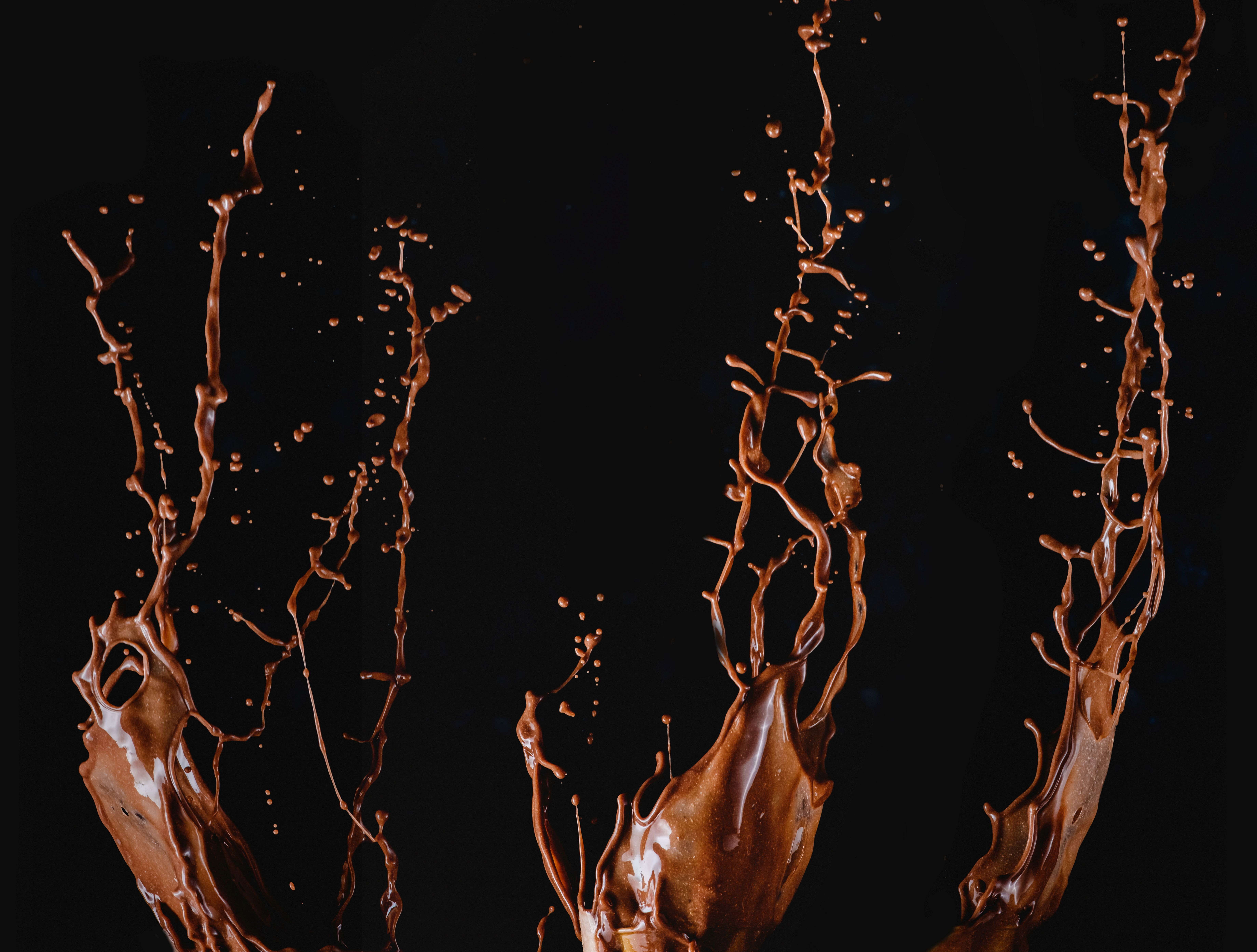 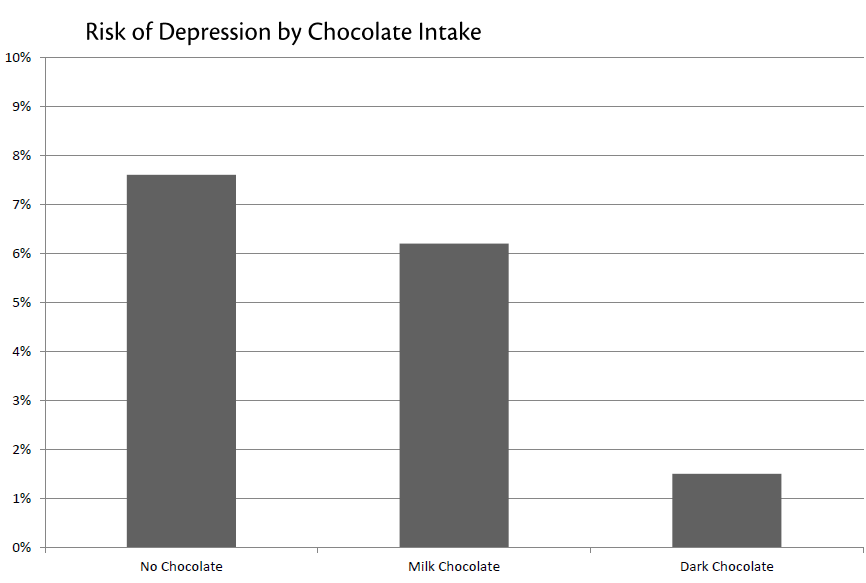 Dark chocolate lowers the risk of depression, according to a crossâsectional survey of over 13,000 US adults.1 The study compared self-reported chocolate consumption with self-reported depressive symptoms, as measured by the PHQ-9. People who ate dark chocolate in the past 24 hours were 70% less likely to report depression.

The same effects were not seen with milk chocolate, suggesting that the benefits were not simply due to the pleasures of the food. Indeed, most people rate milk chocolate as the more pleasurable of the two. There is also the possibility that people who strive for a healthy lifestyle are more likely to consume dark chocolate. This treat, after all, has well-publicized health benefits, including prevention of cardiovascular disease, diabetes, and cognitive decline.2 To disentangle those confounding variables, the researchers controlled for other lifestyle factors like physical activity, smoking, alcohol, and total sugar and caloric intake, as well as age, sex, marital status, education, income, weight, and presence of chronic medical problems. In the end, the association remained. Once more, those who ate the largest quantities of chocolate had the lowest rates of depression.

It did not take much dark chocolate to achieve these antidepressant effects. On average, the consumers of dark chocolate ate only 12 grams a day, a little less than half an ounce. The cut-off for “dark” chocolate was ≥ 45% cocoa. In contrast, the optimal dose for physical health is 1 to 2 ounces a day of ≥ 70% cocoa. Keeping the percentage high and the ounces low maximizes the healthy ingredients while minimizing the calories and sugar.

Chocolate has long been associated with depression. Almost half (45%) of patients in a depressed episodes report craving for chocolate, and many believe that it relieves feelings of anxiety and irritability.3 Chocolate cravings are particularly high during atypical depression, winter depression, and premenstrual dysphoria. Two previous epidemiologic surveys arrived at the opposite conclusion of the current one, finding that chocolate consumption was associated not with mental health but with depressive symptoms. However, those studies did not look specifically at dark chocolate, and they did not control for confounding variables as well as this new study did.1

There are several mechanisms that may explain the putative antidepressant effects of dark chocolate.1,4

1. Flavanols. These brain-protecting nutrients are particularly prominent in dark chocolate. They are also found in red wine, berries, apples, citrus, and green and black teas, all foods that are associated with improvements in mood and cognition.

2. Caffeine and theobromine. These adenosine-agonists have rapid effects on energy and cognition. Cocoa is the main source of theobromine, while caffeine is found in many foods.

3. N-acylethanolamines. This fatty acid is an analogue of anandamide, an endogenous cannabinoid with anxiolytic and euphoric effects.

4. Phenylethylamine. A natural monoamine that increases the release of norepinephrine, dopamine, and acetylcholine.

Studies in healthy volunteers attest to the mood-enhancing effects of chocolate, which relieved negative moods more effectively than spring water and other active controls.4

Though intriguing, these results are not definitive enough to foster sweeping recommendations of dark chocolate for depression. Dark chocolate is not without risks. It has been known to cause migraines, insomnia, kidney stones, and dental problems.

What this study does do is relieve some of the guilt that accompanies the consumption of chocolate, particularly during depression. Even in the studies of healthy subjects, where chocolate enhanced mood, guilt was sometimes noted as an adverse effect.4 Chocolate is one of life’s pleasures, and pleasant feelings help pave the way out of depression. They give rise to altruism, creative problem solving, and social engagement.5[PDF]

Patients with depression are not the only ones who can benefit from those mental shifts. The cognitive benefits of chocolate apply to doctors as well.

In the 1990s a series of studies tested whether the positive mental state induced by chocolate could improve medical problem-solving skills.5[PDF] The researchers asked a group of doctors to make a diagnosis after reading through a folder of clinical data. Half of the doctors were given a small bag of Hershey’s Miniature Chocolates along with the reports and told not to eat them until the diagnostic work was completed. Just the idea of chocolate made a difference; the doctors who received it made more accurate diagnoses.

Dr Aiken is Instructor in Clinical Psychiatry at the Wake Forest University School of Medicine and the Director of the Mood Treatment Center in Winston-Salem, NC. He is Editor in Chief of The Carlat Psychiatry Reportand Bipolar Disorder Section Co-Editor for Psychiatric Times.

1. Jackson SE, Smith L, Firth J, et al. Is there a relationship between chocolate consumption and symptoms of depression? A cross-sectional survey of 13,626 US adults.Depress Anxiety. 2019 Jul 29 [Epub ahead of print].

5. Isen AM. An influence of positive affect on decision making in complex situations: theoretical issues with practical implications.J Consumer Psychology. 2001;11:75–85.