In November 2018, the National Rifle Association (NRA) taunted physicians by tweeting, “Someone should tell self-important anti-gun doctors to stay in their lane.” In response, physicians, including psychiatrists, insisted that firearm death, suicide, injury, and trauma are indeed our lane. 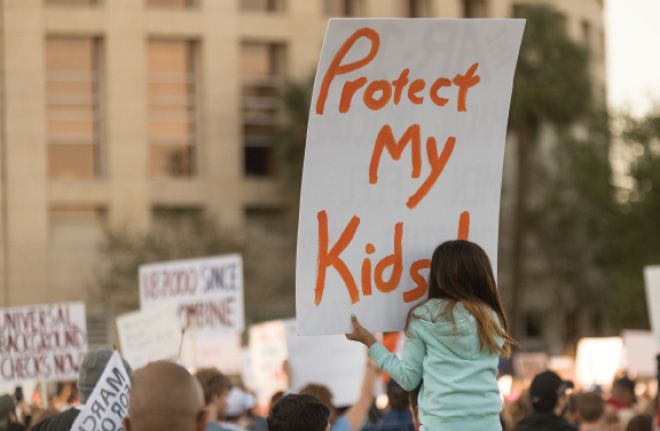 In November 2018, the National Rifle Association (NRA) taunted physicians by tweeting, “Someone should tell self-important anti-gun doctors to stay in their lane.” In response, physicians, including psychiatrists, insisted that firearm death, suicide, injury, and trauma are indeed our lane. Both before and after the NRA warned us not to cross their imaginary line, physicians and our professional organizations increasingly have been calling for gun violence to be addressed as a public health crisis and have been proposing interventions to stem the tide of blood.

The American Psychiatric Association has been a leader in confronting the problem of gun violence, the leading cause of preventable injury and death in the US. Each year, firearms kill close to 40,000 people and injure another 70,000. Two thirds of all firearm deaths, the largest single category, are firearm suicides.

In 2014, the APA issued a position paper (and updated it in 2018) calling gun violence a public health problem in need of immediate action.1 In 2015, the APA along with eight other professional medical organizations jointly issued a “Call for Action,” advocating policies intended to mitigate the rate of injuries and deaths due of firearms.2 In 2019, the APA participated in a medical summit of 44 major medical and injury prevention organizations to address the gun violence problem.3

The APA and other medical, injury prevention, and public health organizations have advocated for a number of actions: expanding background checks; requiring waiting periods on all gun transactions; requiring safe storage of all firearms in the home; banning assault weapons and high-capacity magazines; and allocating funding for federal firearms research. Many of these measures are widely supported by the American public across party and demographic lines. A September 2019 poll found that 86% of Americans support implementing red flag provisions allowing law enforcement to temporarily seize guns from people in crisis. Similarly, 89% support expanding federal background checks to cover private sales and gun-show transactions.4

Although the cultural status quo on gun reform is shifting, the political status quo, at least on the federal level, continues to block any legislative intervention. The nonpartisan Center for Responsive Politics (opensecrets.com) estimated that during the 2016 election, the NRA and its affiliates spent a record $54 million to secure Republican control of the White House and Congress, including at least $30 million to help elect Donald Trump. Thus, these politicians’ investment in (and defense of) the political status quo from which they personally benefit may have become more obvious but is hardly surprising.

In contrast, most psychiatrists are likely to be surprised to find that the APA’s Political Action Committees (PAC) contributes more money more often to the campaigns of federal politicians whose positions do not align with the APA’s stated public health policy on firearm regulation reform compared with those who do. In their study of the PAC donation patterns of the 25 largest professional medical organizations regarding firearm safety, Schuur and colleagues5 found that the APA PAC donated $172,500 to NRA A-rated candidates for Congress, and $154,500 to candidates with any other rating (B-F) in the 2016 election cycle. Politicians with NRA A ratings can be counted on to oppose evidence-based firearm regulation, to vote reflexively against gun reform legislation, to blame gun violence on people with mental illness, and to continue to deny federal funding for firearm research.

The APA PAC is not alone in undermining its organization’s public position on firearm safety reform. By all measures investigated, almost all of the 25 medical organization PACs evaluated by Schuur and colleagues demonstrated a similar pattern of donations. This includes the American Medical Association (AMA; $574,500 to $420,500), the American College of Surgeons (ACS; $257,500 to $185,500), and the American College of Emergency Physicians (ACEP; $716,900 to $344,500).

In 2016 alone, health organization PACs donated about $5.5 million to NRA A-rated candidates as opposed to $4 million to candidates with any other rating. Schuur and colleagues concluded that their findings demonstrate a donation pattern on the part of 20 out of 25 PACs that “appears to be inconsistent with and a barrier to effective public health advocacy for firearm safety.”

Overall, combined physician organization PACS donated about $1.5 million to NRA backed candidates; the NRA PVG contributed a total of about $420,000 to these members of Congress. The authors concluded that donations make an impact on NRA-backed members of Congress and to align with their organization’s public health policies regarding firearms “Organizations wishing to make firearm violence and injury prevention a priority must consider redistributing political donations.”

Notably, Steven Sharfstein, MD, a past President of the APA, found similar donation patterns by the AMA’s PAC in 1994 and concluded that this practice belied the AMA positions on these important public health issues.7 Medical organization PACs also contribute to politicians who support firearm reform legislation. Donating to politicians on both sides of any issue is business as usual in Washington. However, as pointed out in the article, this does not explain why any PAC, including the APA PAC, would give significantly more money to representatives who disagree with their organizations’ official positions than to those who support them.

Nevertheless, political business as usual regarding gun violence is no longer acceptable, particularly for medical organizations. The APA PAC’s pattern of political contributions in direct opposition to the APA’s stated positions on firearm reform undermines our professional credibility. More importantly, the APA PAC is supporting a deadly status quo. The fact that politicians’ obstructionist stance invariably includes reflexively blaming gun violence on individuals with mental illness makes the APA PAC’s complicity in supporting these A-rated politicians over others particularly egregious. And, every day, another 110 people die from gun violence.

The APA and other medical professional organizations are in a unique position to take a lead in advocating for public policies to decrease the devastating toll of gun violence. This will require professional medical organizations like the APA to stop protecting the political status quo and remember the primary medical ethic: do no harm.

The PACs’ disregard of their organizations’ public stance on firearm regulation reform makes all physician members, not just those who donate to the PACs, look like cynical hypocrites. As Neufeld and colleagues point out:

Campaign contributions of an organization reflect its legislative priorities. Physician organizations that donate to NRA-backed congressmembers are sending the message that reducing firearm injury is not enough of a priority to outweigh other considerations.6

PACs are legally required to be separate entities from their affiliated organizations; they have separate boards and bylaws to oversee fundraising and donations. The governing officers, boards, and assemblies of the medical professional organizations with which the PACS are affiliated cannot direct their PACs’ contribution decisions. Nevertheless, professional medical PACs raise their money almost exclusively from their organizations’ members.

If the APA PAC and other medical affiliated PACs continue patterns of making political contributions in direct opposition to the APA’s and other affiliated medical organizations’ stated positions on firearm reform, physician members should consider whether they want to continue contributing to these PACs. It is not enough for the APA to take public positions about gun violence and public health. We can talk the talk, but our PAC needs to walk the walk. The gun violence epidemic is undoubtedly our lane. Let’s be the public health leaders America needs.

3. Bulger EM, Kuhls DA, Campbell BT, et al. Proceedings from the Medical Summit on Firearm Injury Prevention: A Public Health Approach to Reduce Death and Disability in the US. J Am Coll Surg. 2019.

7. Sharfstein JM, Sharfstein SS: Campaign contributions from the American political action committee to members of congress: for or against the public health. N Eng J Med. 1994;330;32-37.